Accessibility links
Generals Gone Rogue: A History Of Friction Gen. Stanley McChrystal, the top U.S. commander in Afghanistan, is not the first general to get in hot water for disparaging a president and his policies. There's a long line of others who did that and lost their jobs. 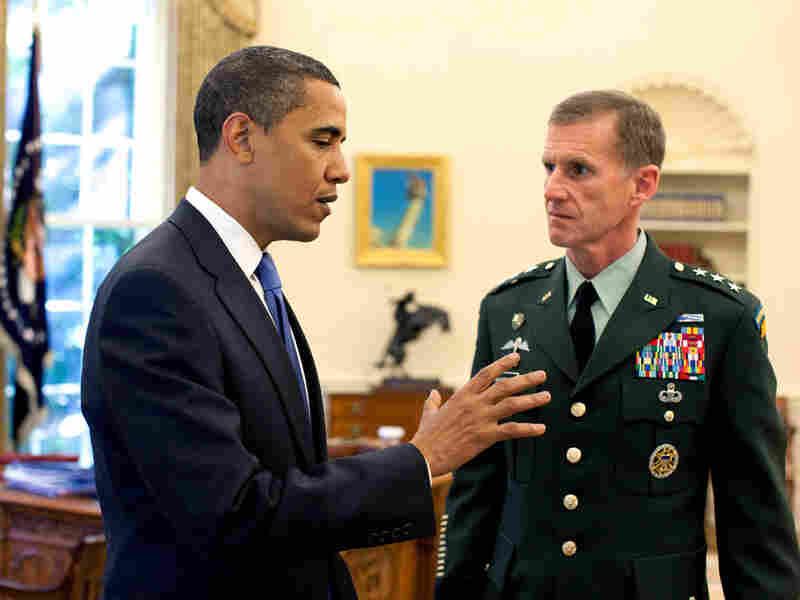 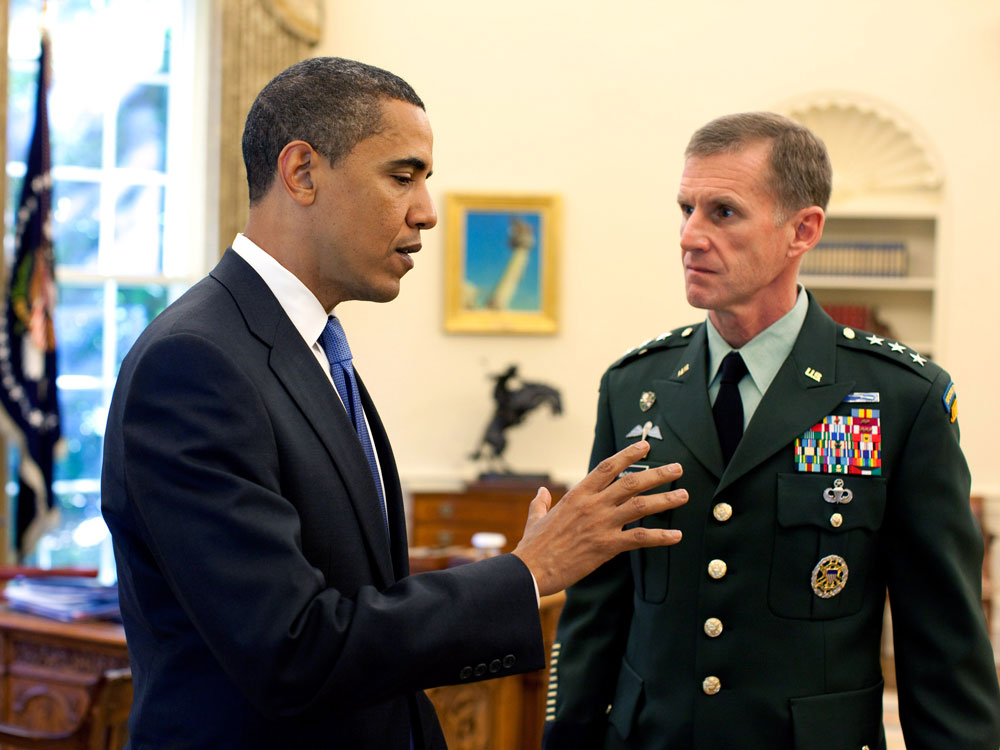 President Obama and Gen. Stanley McChrystal in the Oval Office on May 19, 2009.

Stanley McChrystal is not the first general to get into trouble for questioning the authority of the president.

"You hate to think it's sort of an American tradition," says Andrew Krepinevich, president of the Center for Strategic and Budgetary Assessments, a Washington think tank. "Certainly we have had, going back at least to the Civil War, situations where commanders in the field have challenged the policy and authority of civilian leadership."

McChrystal joined this fraternity after a Rolling Stone magazine profile in which he and members of his staff were quoted disparaging President Obama, Vice President Biden and other administration officials. McChrystal apologized for the comments but on Wednesday was relieved of his duties as the chief U.S. commander in Afghanistan.

It has not been common for generals to publicly challenge policies set by the president, but it has happened. In such cases, they've usually been fired.

The bedrock American concept of civilian control over the military essentially demands it, says Richard H. Kohn, a military historian at the University of North Carolina. "A culture developed on [McChrystal's] staff of contempt for the political leadership," Kohn says

The dispute: Two weeks after becoming chief of all the Union armies in 1861, McClellan refused to meet with Abraham Lincoln when the president came to his house — the first of many snubs and refusals to follow orders. After some months of conflict, Lincoln finally had enough after McClellan refused his entreaties to attack the forces of Robert E. Lee. McLellan sought revenge as the Democratic nominee for president in 1864. Lincoln won the election. 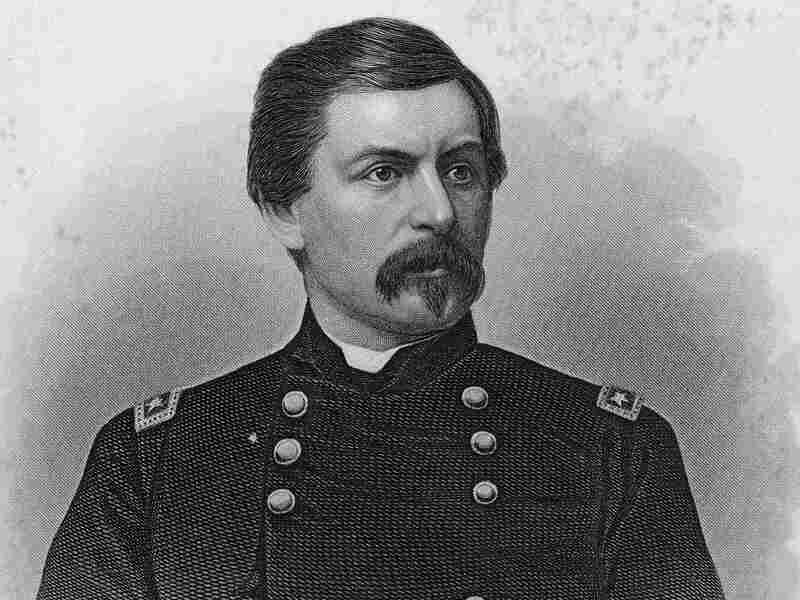 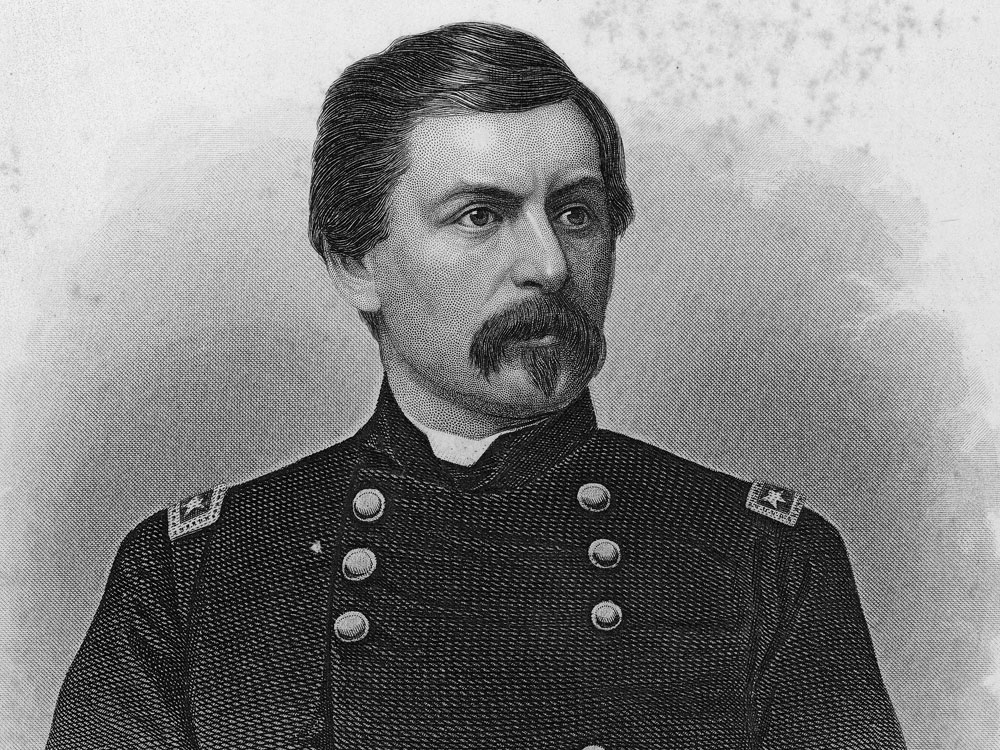 Military commanders must carefully negotiate the discrepancy between the enormous power they wield in the field and the deference they must show to their civilian superiors -- the president and the secretary of defense. Sometimes, they slip.

During the Revolutionary War, the "Conway Cabal," named for Brig. Gen. Thomas Conway, was a conspiracy that attempted to oust George Washington as commander-in-chief of the Continental Army. After Conway's letters were forwarded to Congress and the cabal became public, he resigned.

During the Civil War, Abraham Lincoln grew frustrated by Gen. George McClellan's refusal to engage the Confederate Army. McClellan referred to Lincoln in letters as a "well-meaning baboon" and an "idiot."

His disdain was made evident by his public actions as well. Lincoln's war council came up with various plans of attack that McClellan refused to carry out. "My dear McClellan, if you don't want to use the Army, I should like to borrow it for awhile," Lincoln wrote in a note to the general. Eventually, Lincoln relieved McClellan of command and ended up running against him in the election of 1864.

If Lincoln was angry that his general would not fight, President Harry S. Truman had the opposite problem with Gen. Douglas MacArthur during the Korean War. MacArthur wanted to escalate the war well beyond Truman's limited designs, talking up use of the atomic bomb.

The dispute: MacArthur wanted to expand the scope and aim of the Korean War. As with McClellan, he enjoyed considerable public stature. But within a couple of weeks of MacArthur’s demand that China admit defeat, Truman fired him. MacArthur came home to an enormous outpouring of support, but other military brass, led by Gen. Omar Bradley, chairman of the Joint Chiefs of Staff, backed the president in what American Heritage once called "the severest test" of civilian control over the military. 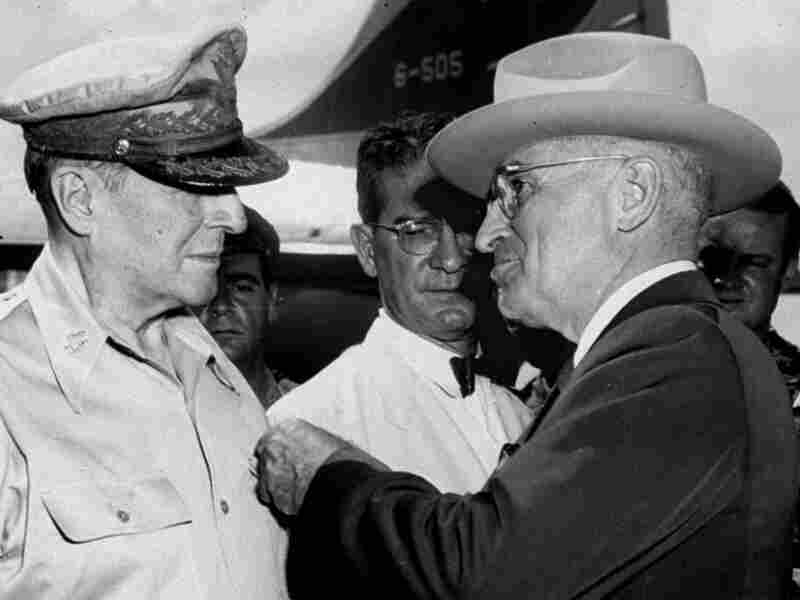 President Truman (right) pinned the Distinguished Service Medal on Gen. Douglas MacArthur in October 1950. Six months later, the general was fired as commander in Korea because he was openly opposing the president's policies for the war there. AP hide caption 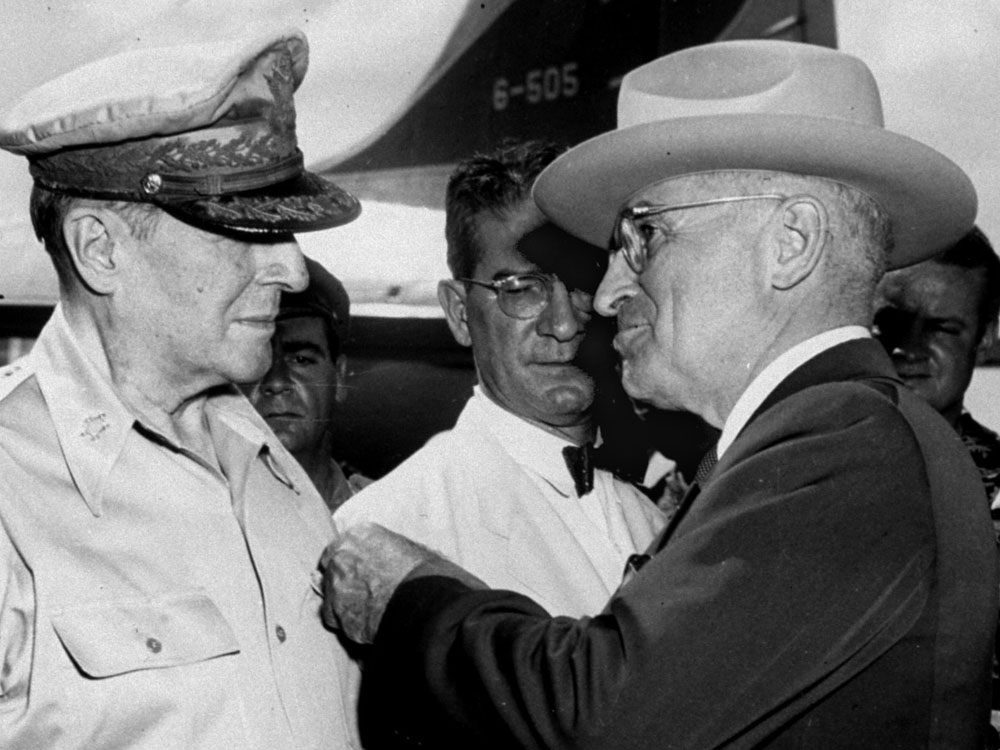 President Truman (right) pinned the Distinguished Service Medal on Gen. Douglas MacArthur in October 1950. Six months later, the general was fired as commander in Korea because he was openly opposing the president's policies for the war there.

Truman fired him, saying he had acted because “General of the Army Douglas MacArthur is unable to give his wholehearted support to the policies of the United States and the United Nations.”

"When Lyndon Johnson appointed William Westmoreland as commander in Vietnam, he told him to his face, 'I don't want you pulling any MacArthurs on me,' " Krepinevich says. He was making sure Westmoreland knew his job was "to execute policy, not to make it or challenge it," Krepinevich adds.

"All American military officers have been imbued from the very beginning of the republic with the concept of civilian control of the military," says Kohn, the UNC historian.

But occasional undercurrents of disrespect still course through civilian-military relations. Generals and admirals often have a sense that they know better how to run a war than politicians with sometimes limited military credentials.

"Civilian-military tensions tend to increase when the commander-in-chief can't make up his mind about his policy and strategy and the war's going badly," says Thomas Donnelly, director of the Center for Defense Studies at the American Enterprise Institute.

It's an inherently thorny relationship, because military leaders always want as many resources and as much freedom of action as they can get from politicians who may view the means and ends of a conflict quite differently. Policy differences also arise.

In 1977, President Jimmy Carter fired Major Gen. John K. Singlaub as chief of staff of U.S. forces in South Korea after Singlaub publicly criticized Carter's decision to withdraw troops from the peninsula, saying it could lead to war.

The dispute: While the Bush administration appeared to be talking up the option of striking Iran to keep it from developing its its nuclear program, Fallon gave a series of interviews over some months suggesting that a war there would be the wrong course, and commenting that some policies regarding Iraq "were very stupid." Contrarian views Fallon expressed in an Esquire profile precipitated his fall as head of U.S. Central Command. 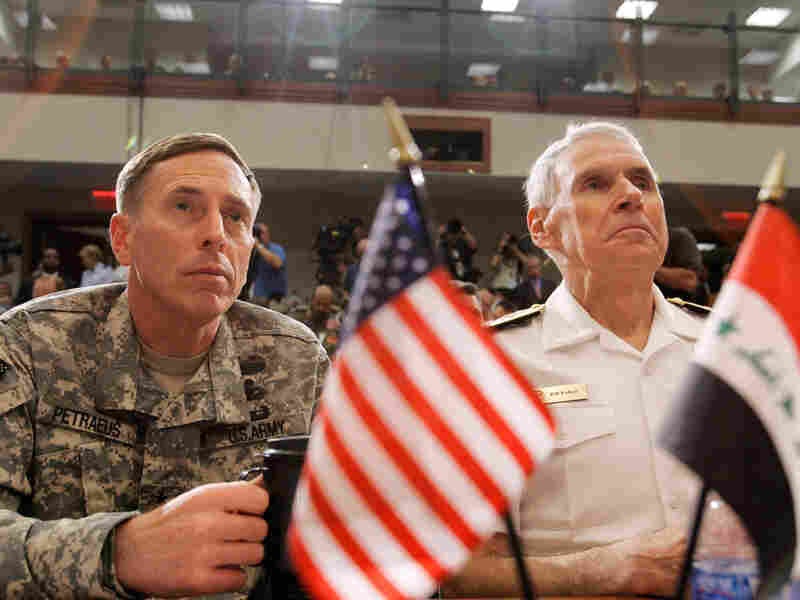 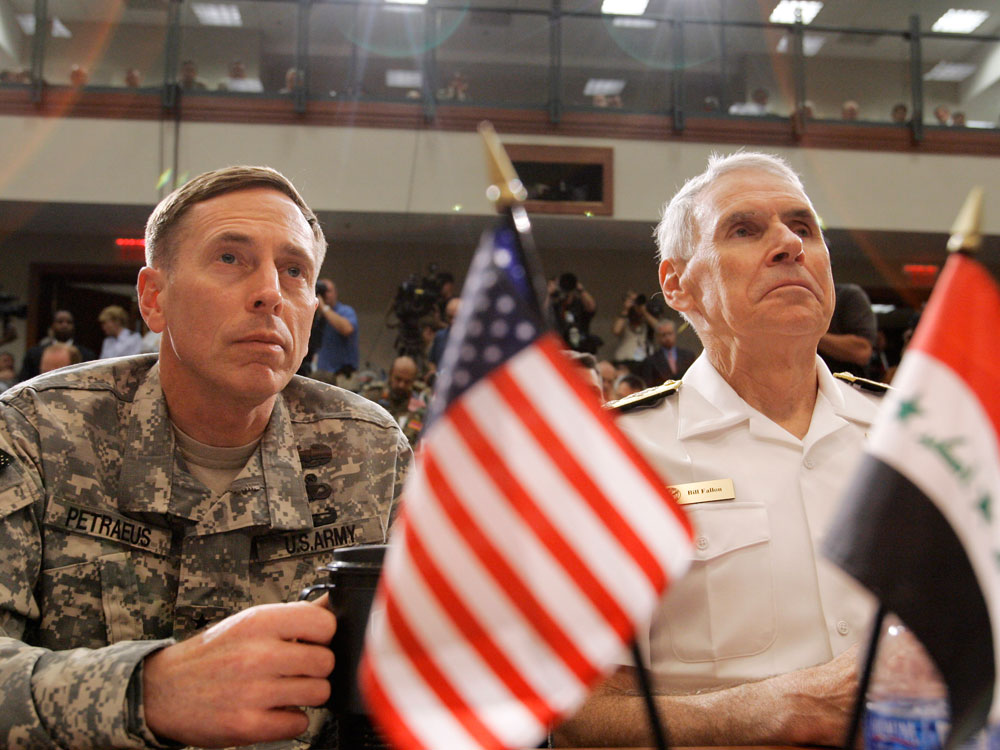 Two years ago, Adm. William "Fox" Fallon resigned under pressure as head of U.S. Central Command after giving interviews in which he questioned Bush administration policy regarding Iran.

"It's a violation of a fundamental principle of discipline," says Eliot A. Cohen, director of the strategic studies program at the School for Advanced International Studies at Johns Hopkins University. "We believe in civilian control of the military."

Max Boot, a senior fellow at the Council on Foreign Relations, says he doesn't think McChrystal's comments, however "impolitic and ill-advised," rise to the level of insubordination evident in these earlier instances. "MacArthur and Fallon got fired for disagreeing publicly with the policy of the president," Boot says. "There's nothing in the article that suggests [McChrystal] disagrees with the administration."

Michael E. O'Hanlon, director of foreign policy research at the Brookings Institution, agrees with Cohen and Boot that McChrystal is an exceptional general. He's the second commander fired there in as many years. McChrystal, an expert on counterinsurgency, replaced Gen. David McKiernan in May 2009.

Still, the Rolling Stone article says McChrystal was "disappointed" by his first Oval Office meeting with the president and that he thought Obama was "uncomfortable and intimidated" by the senior military officials during one of their initial meetings with the newly sworn-in president.

The magazine quotes McChrystal as saying he felt "betrayed" by U.S. Ambassador to Afghanistan Karl Eikenberry and that the two have a strained relationship.

O'Hanlon says McChrystal has made "a big mistake" by allowing himself and his aides to be seen as so at odds with the civilian leadership.

"It's one thing to lose your cool a little bit in the heat of a debate you haven't yet won, where you're trying to advocate your position with great passion and you feel the nation's security is on the line," he says. "But I don't see why, having won the debate, he or his staff felt they had to criticize the president."

'Rolling Stone' On 'The Runaway General'