Accessibility links
Queen Latifah: 'Put On Your Crown,' Make A Change When Queen Latifah realized how many young women are stuck in violent relationships, putting themselves down and dealing with other personal challenges, she decided to reach out. In Put On Your Crown, she tries to encourage young women by admitting her own mistakes, and sharing the lessons she's learned.

Listen
Queen Latifah: 'Put On Your Crown,' Make A Change 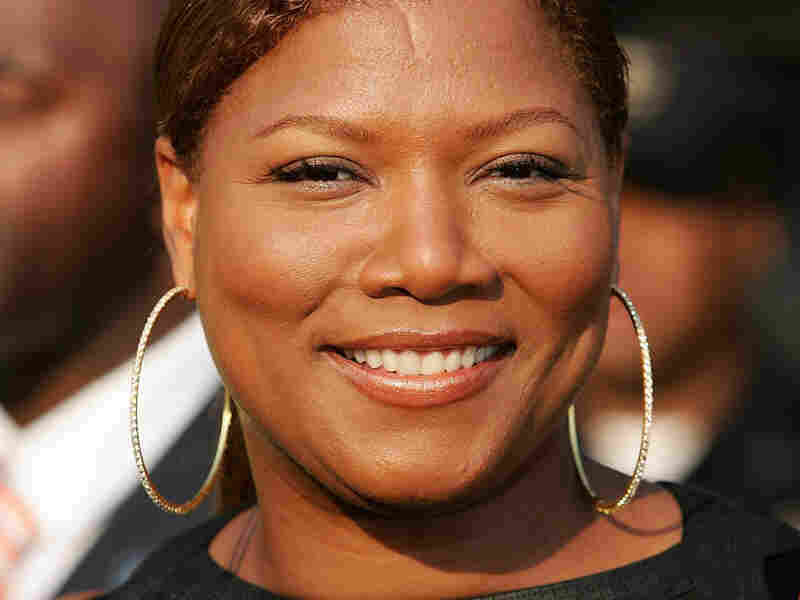 Queen Latifah has won multiple acting and singing awards, including a Grammy for the song "U.N.I.T.Y." from her 1993 album, Black Reign. Bryan Bedder/Getty Images hide caption 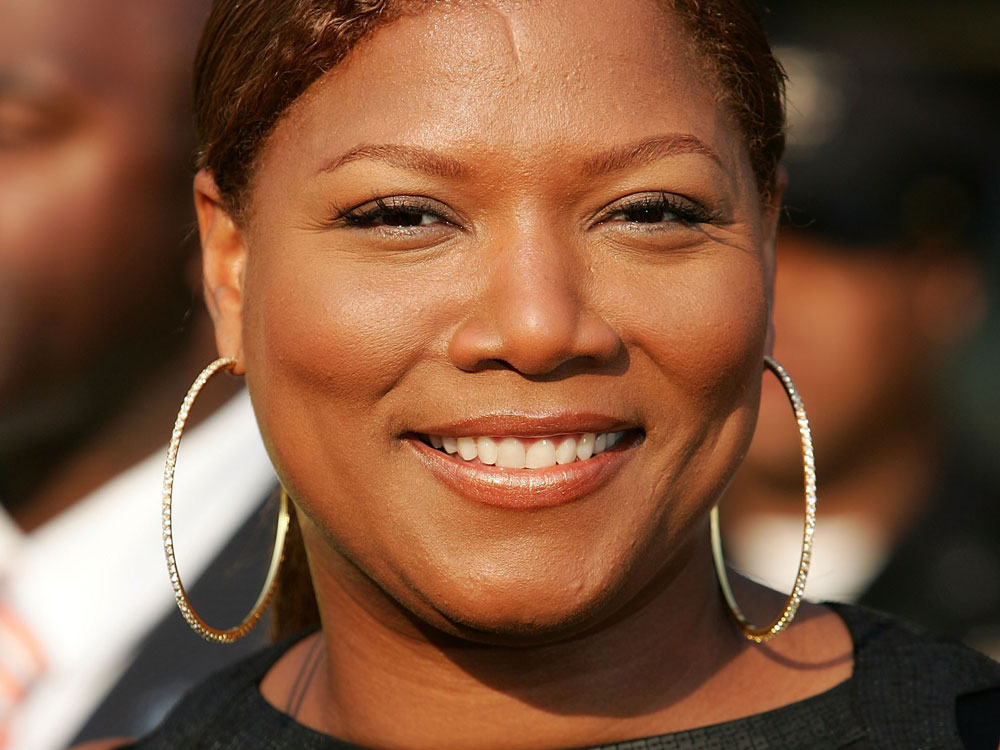 Queen Latifah has won multiple acting and singing awards, including a Grammy for the song "U.N.I.T.Y." from her 1993 album, Black Reign. 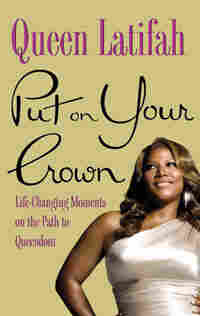 When singer, rapper and actress Queen Latifah realized how many young women are stuck in violent relationships, putting themselves down and dealing with other personal challenges, she decided to reach out.

With her new book, Put On Your Crown, she tells NPR's Neal Conan that she hopes to encourage young women by admitting her own mistakes, and sharing the lessons she's learned.

Latifah says she doesn't worry too much about opening up to the public about the abuse in her family or the loss of her brother.

"I'm only going to give you what I want to give you of my life," she says. "When it comes to really trying to help someone better themselves or make better decisions, for me, that's the best way to do it."

According to Latifah, sharing both the good and the bad of her life experience helps readers relate to her. She says it allows them to see that the important thing is what you do with the challenges life hands you.

"It's how you respond to them that's going to make you who you are," she says.

Among the many experiences Latifah candidly shares in her book is that of going broke.

"Believe me," she says, "I've heard these stories from people who are much more successful than I am. It wasn't something that was unheard of, and I think, especially with our times, people go through these things."

Latifah says the lesson she learned from going broke -- apart from how to restructure and manage her business -- was that losing everything happens to people on all economic levels.

"You just have to figure out how to bounce back from those situations and learn from them," she says.

Excerpt: 'Put On Your Crown'

It Takes a Team

Most people don't have so much talent that they can become a success all on their own. We all need people to help us and lift us up. And other people need our help. When you put that together, you can create something really powerful.

When you're trying to reinvent yourself, it's important to connect with people who can bring out your strengths, or who have strengths where you have weaknesses. You don't have to do it alone. There are so many creative people out there who are not tapping into their true abilities, and they have people around them who are probably feeling just as lost and scared as they are. Maybe they're about to lose a job, and they're wondering what to do next. But if you get together and talk about it, you may be just one conversation away from a great idea. Do some research, go on the Internet, make some calls, put in some time and have the courage to take it to another level.

And don't tell me you're too old to try something new. The best teacher is a great student, so you should never stop learning. I don't care how old you are. My mother just turned 60 and she's taking piano lessons for the first time. When I was a kid I wanted to be a doctor. I'm not squeamish -- I'm fascinated by the human body and anything to do with medicine and the natural world. Anyone would assume that path is no longer open to me now, but not so fast. One of my favorite reality shows is TLC's Trauma: Life in the ER, and a couple of years ago I saw an episode about a 40-year-old medical intern. Most of his peers were half his age. But he just loved medicine, and always wanted to be a doctor, so mid-career he decided to go to medical school. He's probably the oldest intern in the country, and much greener than doctors who are years younger than him, but he has a lifetime of other kinds of experiences he brings to what he does now, and that gives a whole other layer of depth to what he does that his 25-year-old colleagues don't have. And he brings a passion to his work, because he appreciates this opportunity he's been given to practice medicine later in life. He'll be successful, because he had the guts and determination to follow his dream and make it happen.

In these times you just can't assume that one job or career will sustain you for the rest of your life. Like Oprah said, you have to jump off the ship before it sinks. Don't just be the person who stands there and watches it until it's bubbling under the water.

Ladies, I know I don't need to tell you, there is no such thing as job security anymore. That's why you shouldn't let a job define you. That's just a part of who you are, not the whole package. That's also why you need to diversify. Just like your investment portfolio should have stocks, bonds, a 401K and a savings account, you need to mix it up, so that if one thing drops, you still have other stuff to fall back on. We've known this in the music business for a long time. A rapper who just raps isn't going to have much of a career. From the time he starts rhyming he's thinking about ways to expand his brand with merchandizing and endorsement deals -- if he's smart. Record sales alone won't sustain him for the rest of his life, unless he happens to be Jay-Z, and even Jay makes his money from a million other things besides his music.

I never really planned to do all of the things I do. But I'm one of these people who craves variety. Case in point: I love Asian food and tapas. My friends laugh at me when we go to a restaurant because I always have to order a few appetizers and entrees to share. I always want to taste a little of this and a little of that, especially if it's something I never tried before. The first time I went to Germany, I sat myself down at a local bar and tried 19 different beers. Obviously I didn't drink the whole bottle, but I wanted to sample everything, because I heard Germany was the place for beer. I love experiencing all the foods, music, fashion, art and architecture of different cultures. But half of the people who are with me will only eat at McDonald's, because it's what they know and they don't like venturing into unfamiliar territory. What a waste.

I feel the same way about my career. That's why I called my last album Persona, with multiple versions of myself on the cover and a blend of difficult musical styles in each song. It was my way of saying, "You can't define me." And there are so many more things I want to try before I die.

People ask me how I managed to reinvent myself so many times over the years. They see all the things I do and they assume they are second, third and fourth acts. But the fact is, all the things you see me doing -- my rapping, singing, and acting, the talk show, my brand building, were things I always had in me, I just didn't have the opportunity to show them all at once.

Reinventing yourself isn't becoming a different person. It's bringing all the things you have inside of you out in another way. I knew I wanted to be more than just a hip hop artist. I thought maybe I'd rap and have my own management business on the side. But you never know where life is going to take you. There are so many roads, and sometimes they lead you to places you'd never imagine. The thing about following your passion and living in the moment is that you're able to see more openings than most people, and have the courage to jump through those doors.

Excerpted from Put On Your Crown: Life-Changing Moments On The Path To Queendom by Queen Latifah. Copyright 2010 by Queen Latifah Inc. Reprinted by permission of Grand Central Publishing, a division of Hachette Book Group Inc. 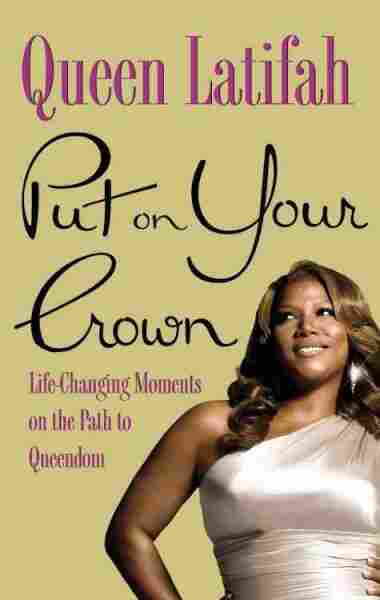 Put on Your Crown

Life-Changing Moments on the Path to Queendom

by Queen Latifah and Samantha Marshall