Accessibility links
Can Your Genes Make You Murder? Using a gun and a machete, Bradley Waldrop killed his wife's friend and then wounded his wife. In the Tennessee courtroom, the question was not who did it but why. Enter neuroscience -- specifically, a forensic psychiatrist's testimony that Waldroup had a variation of a gene that inclined him toward violence. 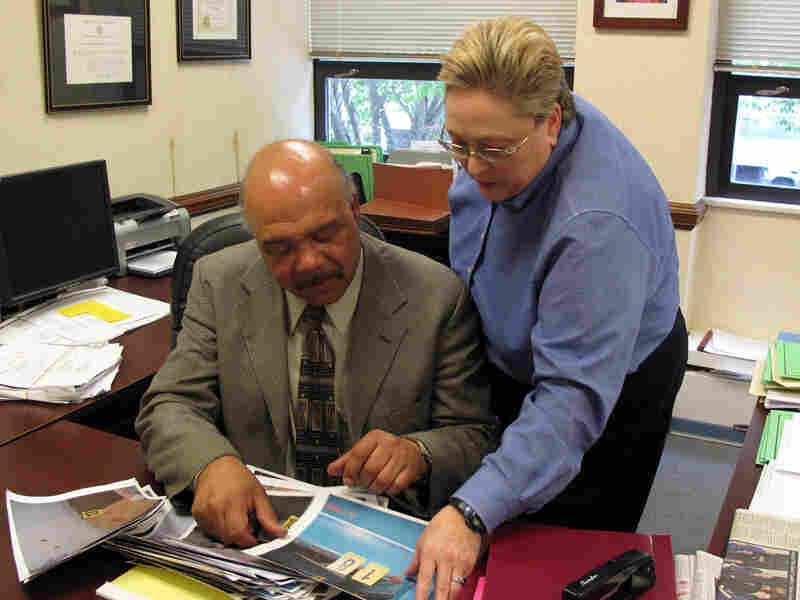 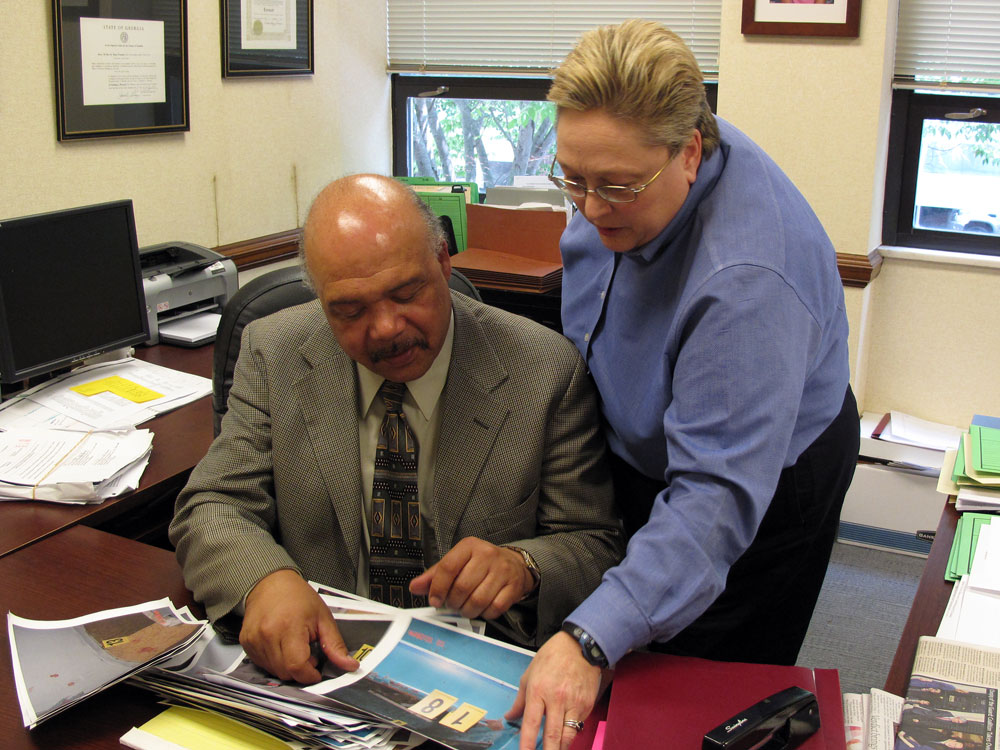 When the police arrived at Bradley Waldroup's trailer home in the mountains of Tennessee, they found a war zone. There was blood on the walls, blood on the carpet, blood on the truck outside, even blood on the Bible that Waldroup had been reading before all hell broke loose.

Assistant District Attorney Drew Robinson says that on Oct. 16, 2006, Waldroup was waiting for his estranged wife to arrive with their four kids for the weekend. He had been drinking, and when his wife said she was leaving with her friend, Leslie Bradshaw, they began to fight. Soon, Waldroup had shot Bradshaw eight times and sliced her head open with a sharp object. When Waldroup was finished with her, he chased after his wife, Penny, with a machete, chopping off her finger and cutting her over and over.

"There are murders and then there are ... hacking to death, trails of blood," says prosecutor Cynthia Lecroy-Schemel. "I have not seen one like this. And I have done a lot."

Prosecutors charged Waldroup with the felony murder of Bradshaw, which carries the death penalty, and attempted first-degree murder of his wife. It seemed clear to them that Waldroup's actions were intentional and premeditated.

"There were numerous things he did around the crime scene that were conscious choices," Lecroy-Schemel says. "One of them was [that] he told his children to 'come tell your mama goodbye,' because he was going to kill her. And he had the gun, and he had the machete." 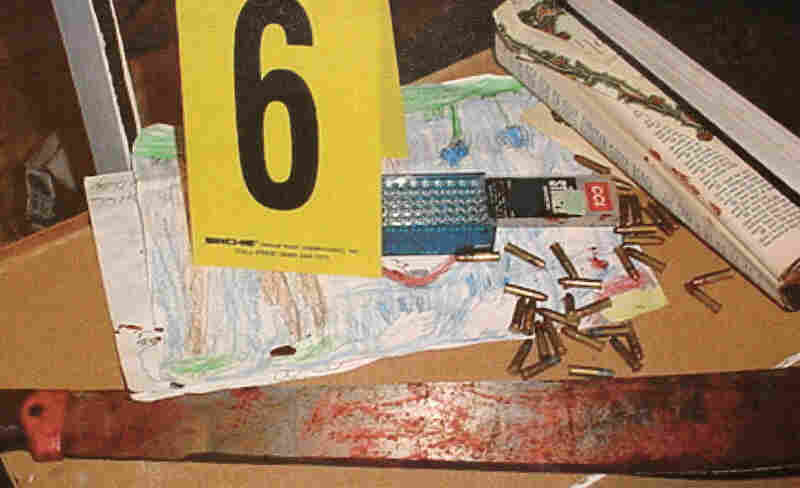 A machete that Bradley Waldroup used to wound his estranged wife. At right is the Bible Waldroup had been reading before his wife and her friend arrived at his home. Police crime scene image from the 10th District Police Department in Cleveland, TN hide caption

It was a pretty straightforward case. Even Waldroup said so during his trial last year. He said on the murderous night, he just "snapped," and he admitted that he killed Leslie Bradshaw and attacked his wife. "I'm not proud of none of it," Waldroup said.

"It wasn't a who done it?" says defense attorney Wylie Richardson. "It was a why done it?"

Richardson says he realized that the testimony at trial would be "very graphic." The defense team, he says, did not try to dismantle the graphic evidence but rather sought to "give a broader and fuller picture of what that was."

How to do that? The answer, it turned out, lay in Bradley Waldroup's genes.

Immediately, Richardson went to forensic psychiatrist William Bernet of Vanderbilt University and asked him to give Waldroup a psychiatric evaluation. Bernet also took a blood sample and brought it to Vanderbilt's Molecular Genetics Laboratory. Since 2004, Bernet and laboratory director Cindy Vnencak-Jones have been analyzing the DNA of people like Waldroup.

They've tested some 30 criminal defendants, most of whom were charged with murder. They were looking for a particular variant of the MAO-A gene -- also known as the warrior gene because it has been associated with violence. Bernet says they found that Waldroup has the high-risk version of the gene.

"His genetic makeup, combined with his history of child abuse, together created a vulnerability that he would be a violent adult," Bernet explains.

Over the fierce opposition of prosecutors, the judge allowed Bernet to testify in court that these two factors help explain why Waldroup snapped that murderous night.

"We didn't say these things made him become violent, but they certainly constituted a risk factor or a vulnerability," Bernet says.

Bernet cited scientific studies over the past decade that found that the combination of the high-risk gene and child abuse increases one's chances of being convicted of a violent offense by more than 400 percent. He notes that other studies have not found a connection between the MAO-A gene and violence -- but he told the jury that he felt the genes and childhood abuse were a dangerous cocktail. 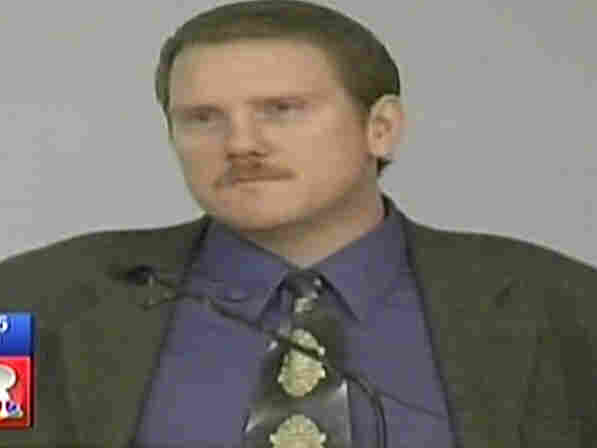 A jury was asked to weigh genetic evidence in the case against Bradley Waldroup, accused of murder and attempted murder. A forensic psychiatrist testified that Waldroup carried a gene associated with violence. WRCB Chatanooga hide caption

A jury was asked to weigh genetic evidence in the case against Bradley Waldroup, accused of murder and attempted murder. A forensic psychiatrist testified that Waldroup carried a gene associated with violence.

Genetics, Or Smoke And Mirrors?

The genetic testing was only one piece of Waldroup's defense. His attorneys also argued that Waldroup was depressed, suffered from "intermittent explosive disorder" and acted in the heat of passion. Still, defense co-attorney Shari Tayloe Young says the genetic evidence was critical.

"I think if that wasn't out there, then all the jury would have seen are all these terrible pictures where he took a machete and hacked at his wife," she says. "And they would have thought, he's the worst of the worst, and that's what the death penalty is for -- the worst of the worst. But because they heard all the mental issues, they understood what was going on in him and understood why he did what he did."

Prosecutor Drew Robinson thinks this genetic evidence is "smoke and mirrors," aimed at confusing the jury.

"The more of this information that you put before a jury, the [greater the] chances of confusing them and drawing their attention away from the facts and onto some other aspects of the case," Robinson says. "You always run that risk. And I just think that's asking the jury to grasp ahold of a little bit too much."

To rebut Bernet's testimony, Robinson called in his own expert: psychiatrist Terry Holmes, the clinical director of Moccasin Bend Mental Health Institute in Chattanooga, Tenn. Holmes urged the jury to ignore it.

"This was somebody who was intoxicated and mad and was gonna hurt somebody," Holmes says. "And it had little to nothing to do with his genetic makeup."

Holmes says it's way too early to use this research in a court of law. And he believes Bernet is spinning the data.

But jurors say they weren't spun. Sheri Lard, one of the 12, says it was just one piece of evidence that weighed heavily for some -- and for others, not at all.

But Lard says the genetic evidence did figure into a major decision -- whether to find Waldroup guilty of murder and impose the death penalty. The jurors concluded that his actions were not premeditated and agreed with the defense argument that Waldroup just exploded.

"I remember when we were talking as a jury, the comment was brought up, 'You know, if I were in this situation, I would snap.' But there was more to it. There was more to his whole life that led to that moment," Lard says. 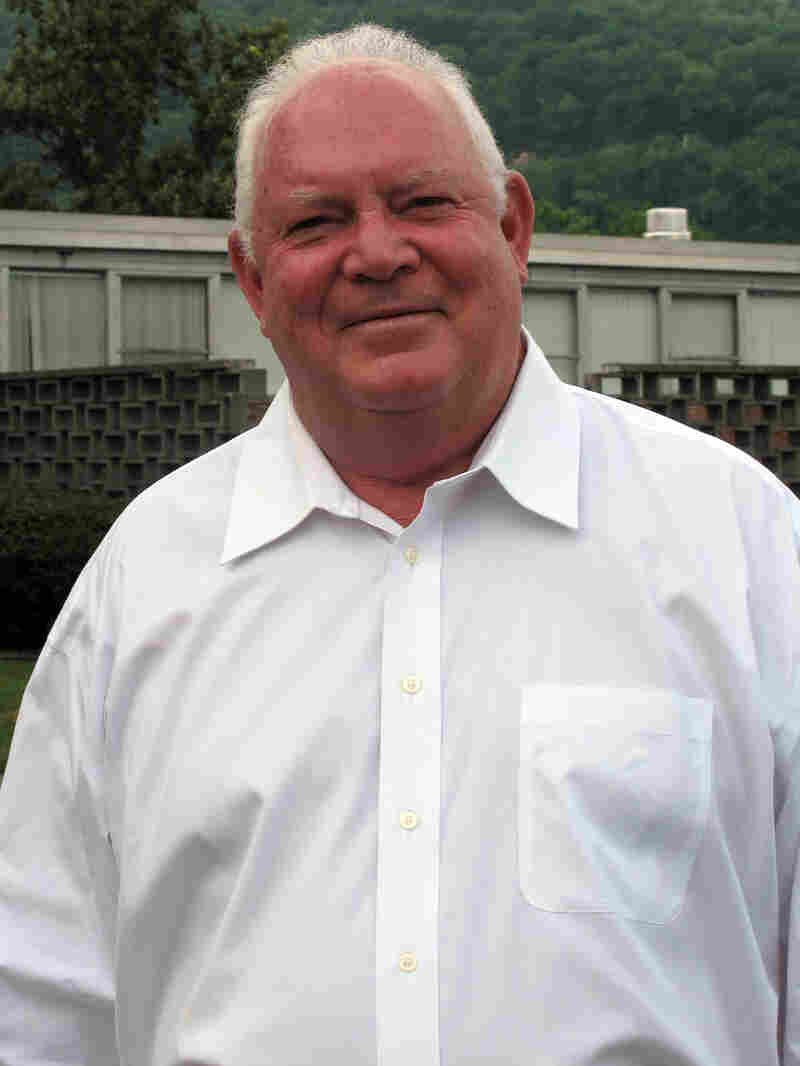 Psychiatrist Terry Holmes says it's too early to use this kind of genetic evidence in a court of law, and testified that Waldroup was simply drunk and mad. The attacks "had little do with his genetic makeup," Holmes says. Barbara Bradley Hagerty/NPR hide caption

Another juror, Debbie Beaty, says the science helped persuade her that Waldroup was not entirely in control of his actions.

"Evidently it's just something that doesn't tick right," Beaty says. "Some people without this would react totally different than he would."

And even though prosecutors tried to play down the genetic evidence, Beaty felt it was a major factor.

After 11 hours of deliberation, the jury convicted Waldroup of voluntary manslaughter -- not murder -- and attempted second-degree murder.

"I was just flabbergasted. I did not know how to react to it," Robinson says.

Nor did fellow prosecutor Cynthia Lecroy-Schemel. She worries that this sort of defense is the wave of the future.

"Anything that defense attorneys can have to latch onto to save their client's life or to lessen their client's culpability, they will do it," Lecroy-Schemel says.

"I would use it again" under the right circumstances, he says. "It seemed to work in this case."

The judge in the case sentenced Waldroup to 32 years in prison. At the hearing, Judge Carroll Ross told Waldroup he should think twice about appealing. The state might not mind trying this again and asking for the death penalty, the judge said. You might not be as fortunate with a jury the next time.

Scientists and legal experts expect to see more cases like this as neuroscience makes inroads into the courtroom, and presents guilt and innocence -- not in terms of black and white -- but in shades of gray.