Accessibility links
Hospital Food Gets A Push Down The Organic Aisle The move toward local and organic food is spreading to an area not commonly associated with freshness, or even flavor: hospital kitchens. Advocates say a switch to higher-quality and smaller servings of meat will help patients. But the idea has its critics.

Hospital Food Gets A Push Down The Organic Aisle

Hospital Food Gets A Push Down The Organic Aisle 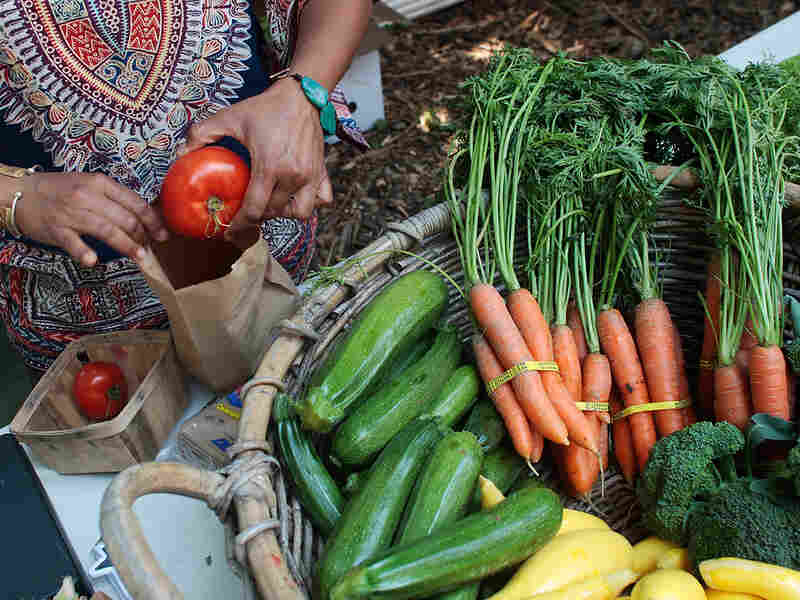 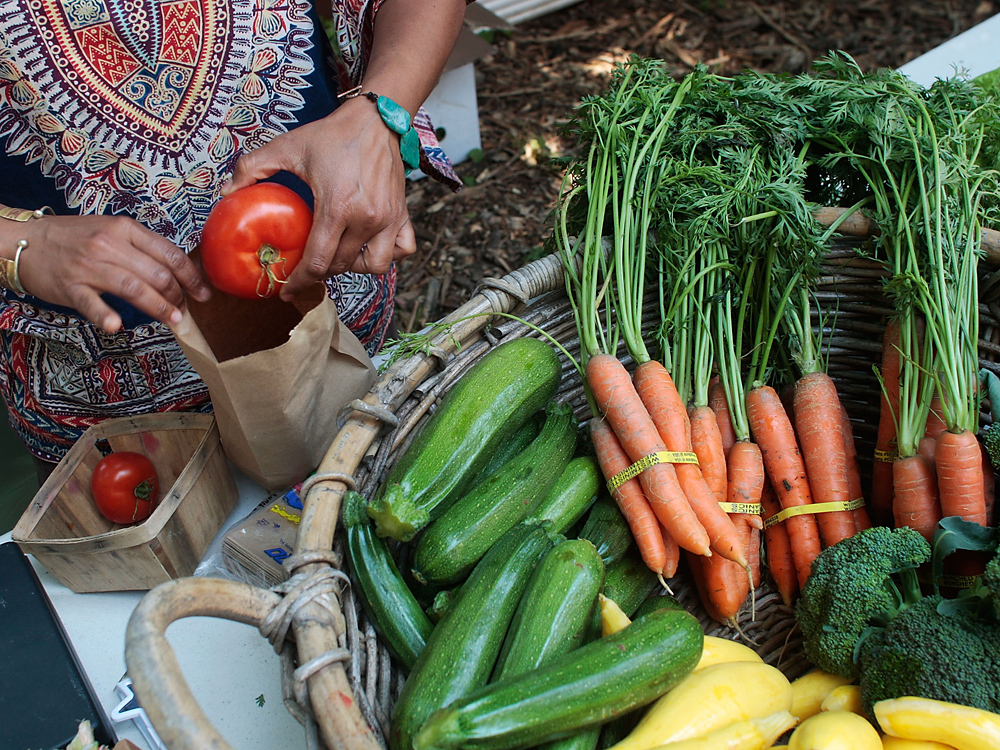 The local and organic food movement is spreading to an area not commonly associated with freshness, or even taste: hospital kitchens. Advocates say higher-quality produce, and smaller servings of meat, will help patients.

But the idea, which stems from a trial documented by a Johns Hopkins public health study, has its critics.

During a recent lunchtime at John Muir Medical Center in the San Francisco suburb of Concord, Calif., chefs and kitchen staff scurry around a conveyor belt as patients' food trays roll by.

The staff have the weekly menu down to a science. But that's changing. Executive chef Alison Negrin has a new vision for the hospital menu -- and it doesn't involve Salisbury steak or Swedish meatballs.

"The meat industry and the large-scale production of meat is unhealthy for the environment and unhealthy for consumption," Negrin says.

In 2008, she and the Muir Medical Center teamed up with three other Bay Area hospitals to cut down on the beef, pork and poultry they serve to patients and staff. The results of the trial were published by the Johns Hopkins Center for a Livable Future.

The evaluation concluded that the hospitals were able to reduce meat and poultry purchases by 28 percent. In a typical year, that could save $400,000.

"With that difference, we could look into trying to purchase more sustainably raised meats," Negrin says.

Roni Neff, a researcher at Johns Hopkins School of Public Health who co-wrote the paper, says the other advantage of sustainably raised meat is that it doesn't contain antibiotics. That's not the case in most industrialized meat production.

"An estimated 70 percent of the antibiotics in this country are used in nontherapeutic ways in the animal feed," Neff says. "This has been associated with the epidemic of antibiotic resistance that's been a major concern in hospitals."

But for some patients, their major concern is getting comfort food when they're sick.

As Dorothy Meyer, a patient at Muir, says, "I need to have some meat during the day, especially my bacon -- I love my bacon."

Meyer, who is recovering from a foot infection, says that thanks to being raised in the Midwest, she's a meat-and-potatoes fan.

And Janet Riley, of the American Meat Institute in Washington, D.C., says, "When you're sick, protein is the key."

Riley disputes the nutritional science cited in the Hopkins report.

"Recovering from surgery, wound healing, cancer treatment and other illnesses -- they all change our nutrition needs," she says. "And we need more calories, and we need more protein in many, many instances -- and to suddenly reduce those offerings strikes me as putting your priorities in the wrong area."

For hospital dietitians like Michelle Meyer, though, Negrin's revised menu is a good thing. Especially when her diabetes and stroke patients go to the hospital cafeteria after her heart-healthy eating class.

"It's nice that when they come down, they see the things like brown rice and the heart-healthy fish, and the lean meats and the fewer fried foods, to back up everything I just said in the class," she says.

Now other health care facilities are drawing inspiration from the Bay Area meat experiment. In the past few months, 33 hospitals have pledged to cut down on traditional meat and invest in local, sustainable sources instead.