Accessibility links
How Women Changed The Supreme Court ... And Didn't If confirmed, Elena Kagan would be the third woman on the current Supreme Court. A discussion about the influence of women in the court has emerged on everything from sex discrimination cases to the justices' marital statuses. 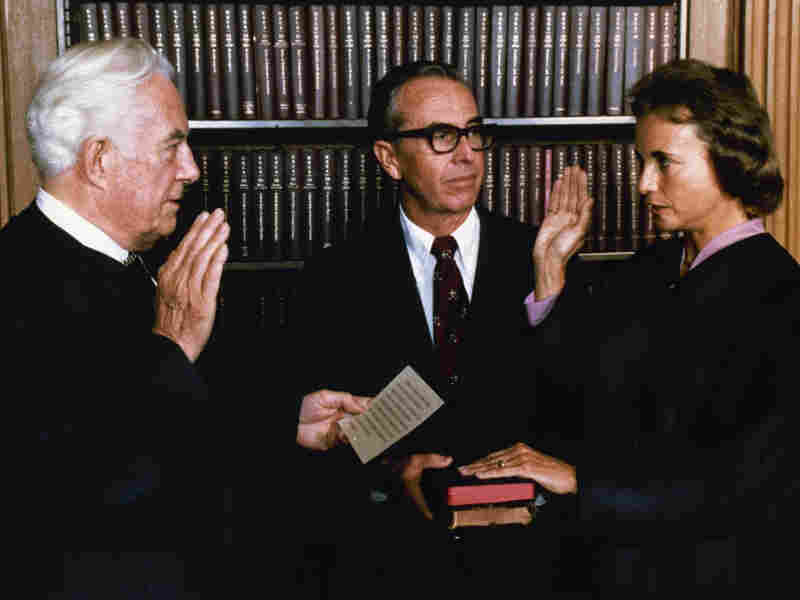 Sandra Day O'Connor is sworn in by Chief Justice Warren Burger, left, while her husband watches in 1981. O'Connor, the first woman on the Supreme Court, once said: "A wise old woman and a wise old man will reach the same conclusion." Anonymous/AP hide caption 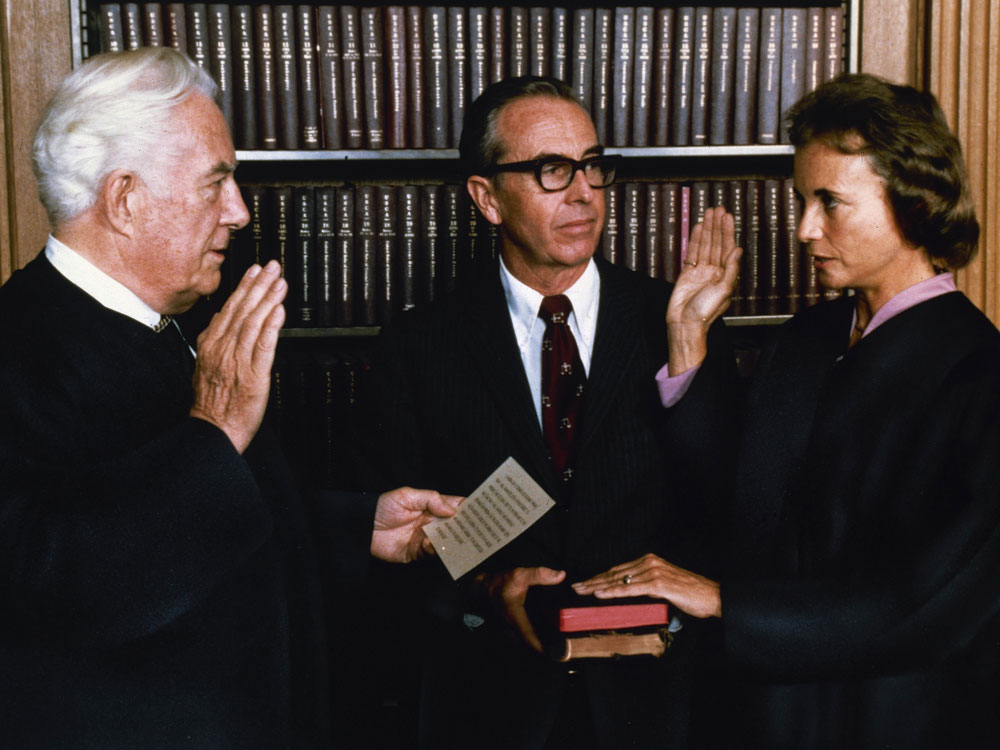 Sandra Day O'Connor is sworn in by Chief Justice Warren Burger, left, while her husband watches in 1981. O'Connor, the first woman on the Supreme Court, once said: "A wise old woman and a wise old man will reach the same conclusion."

If Elena Kagan is confirmed as a Supreme Court justice, fully one third of the current court will be female.

The court's gender makeup is not likely to be front and center when confirmation hearings begin Monday, but the fact that Kagan would be the third woman on the current court has prompted a discussion about the role of women in judging, and even about their marital status.

Justice Ruth Bader Ginsburg has made similar observations, but at the same time, she has said that women bring to the table their own experiences, which inform their decision-making.

She points, for example, to a decision written by Justice O'Connor in 1982 telling a state-run, all-female nursing school, that it had to admit a qualified male applicant. The dissenters in that case asserted that the all-female policy was a kind of affirmative action for women, and that, says Ginsburg, was an idea firmly rejected by O'Connor. 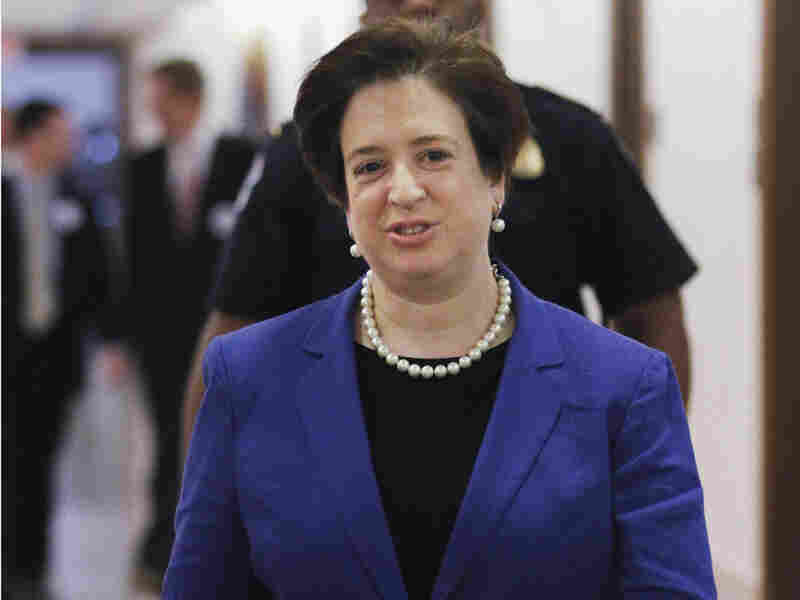 Supreme Court nominee Elena Kagan walks on Capitol Hill in May. If confirmed, Kagan would be one of three female justices on the current court. Manuel Balce Ceneta/AP hide caption

"Justice O'Connor said in between the lines: 'I know what kind of affirmative action this is. Why do you think wages are so low in the nursing profession? Because there are no men in it,' " Ginsburg recalls.

She adds that O'Connor, "from her life experience, knew the best way to upgrade the pay in what was a woman's job was to get men to do it, too."

There is hard data that suggests the experiences of women both influence and do not influence their decisions. A study conducted at the State University of New York looked at 7,000 U.S. Court of Appeals decisions from 1976 to 2002 and found no significant difference in the way female and male judges decided cases -- except in one area of the law: sex discrimination.

The Kagan nomination has prompted another discussion about gender roles and marital status, much of it in opinion columns, in the blogosphere and at the water cooler. If confirmed, Kagan would be the second single and childless woman on the Supreme Court -- Justice Sonia Sotomayor is divorced, and Kagan has never married. 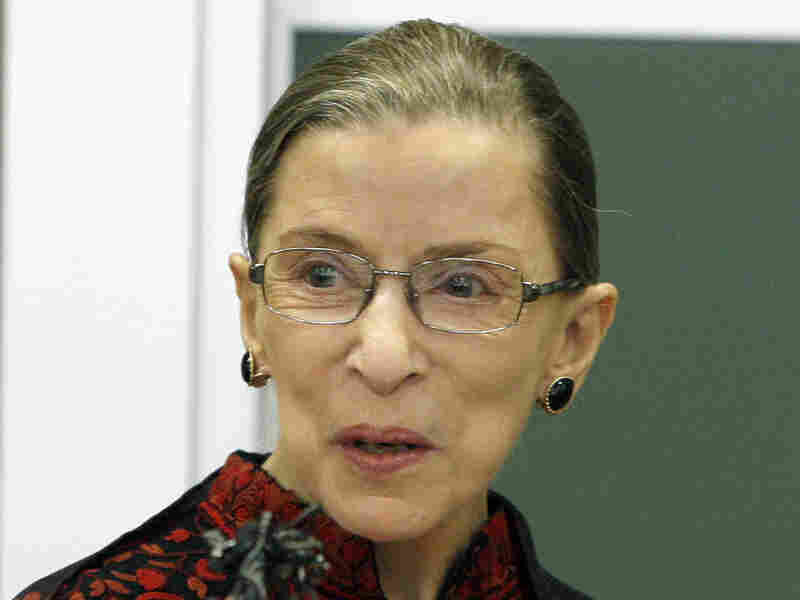 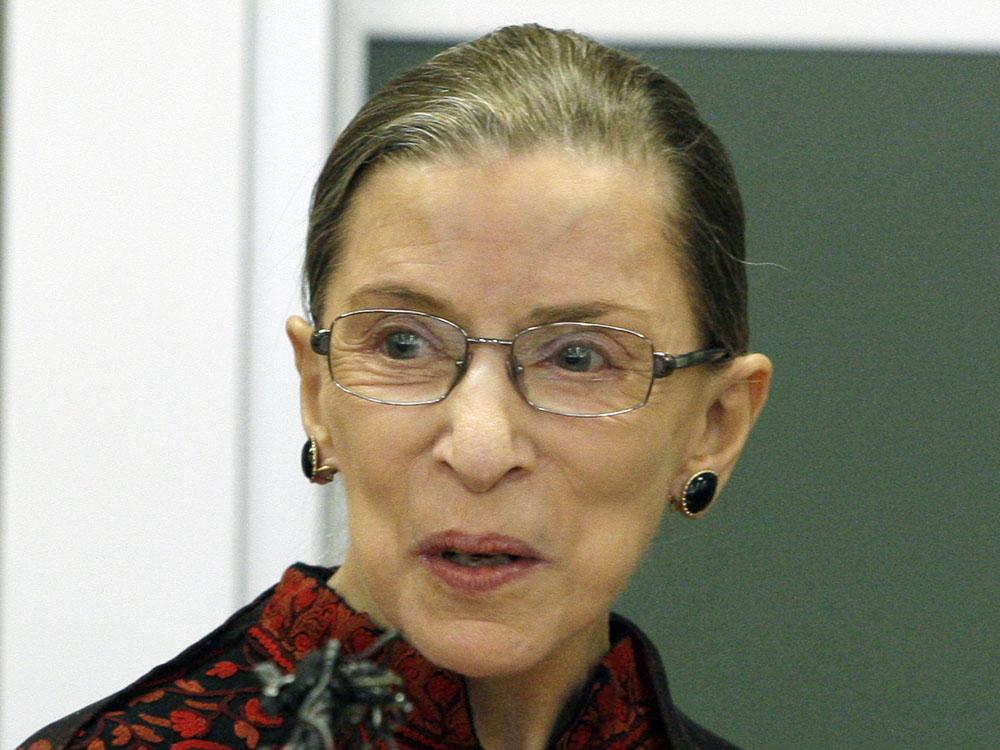 Supreme Court Justice Ruth Bader Ginsburg speaks in March 2009. As a young lawyer, Ginsburg hid her pregnancy by wearing loose clothing, for fear she would be fired.

In contrast, the first two women to serve on the nation's highest court, O'Connor and Ginsburg, came to the job with husbands and children. As a young lawyer, Ginsburg actually wore loose clothes to hide her pregnancy, for fear she would be fired. And O'Connor interrupted her early legal career because her trusted babysitter left and the young lawyer couldn’t find a satisfactory replacement.

But that was in a very different era -- an era in which O'Connor and Ginsburg, like other female professionals, faced blatant discrimination and few opportunities at the outset of their careers, and thus had to improvise.

Patricia Wald, the former chief judge of the Federal Appeals Court in Washington, D.C., started out in the same era. In 1951 she graduated from Yale Law School, then worked in private practice and took 10 years off from full-time legal work when her five children were young.

"Most of us thought of it as a seriatim or a sequential kind of process," she says. "We assumed we would get married, have some children and ... then go back to work."

Would a law firm allow a similar hiatus today? "Not a chance," Wald says.

Now any significant time off can pose a problem for a young lawyer, she adds.

A whole new world has opened up to the modern generation of women in the legal profession, but with those new opportunities have come new obligations. And new trade-offs. Sotomayor spoke candidly of the trade-offs in a 1986 interview on ABC. 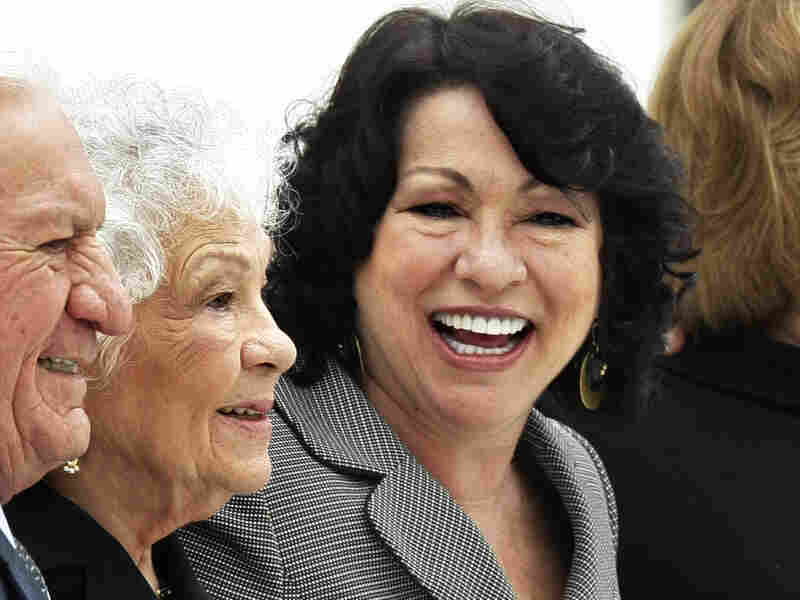 Justice Sonia Sotomayor, right, celebrates with her mother, Celina Sotomayor and stepfather, Omar Lopez, outside of the Supreme Court after her investiture ceremony in September. J. Scott Applewhite/AP hide caption 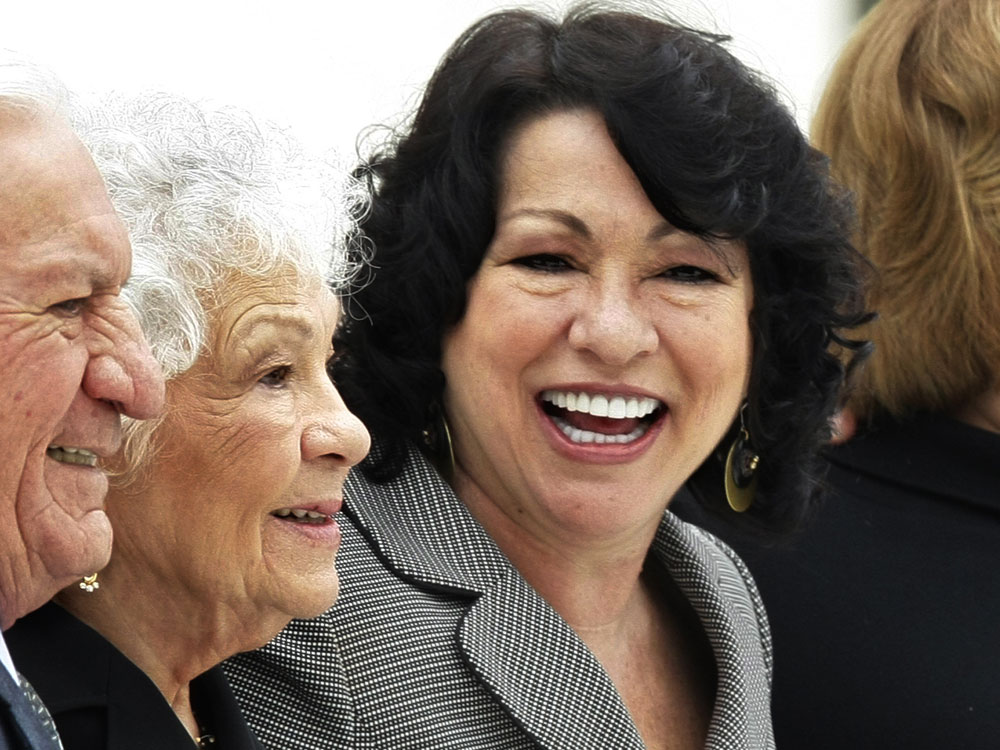 Justice Sonia Sotomayor, right, celebrates with her mother, Celina Sotomayor and stepfather, Omar Lopez, outside of the Supreme Court after her investiture ceremony in September.

"The price is in terms of your personal life," she said. "A man who calls you three times and all three times you answer, 'I gotta work late' Or 'I'm flying to such-and-such a place.' After the third time, he begins thinking, 'Gee, maybe she's not interested.' "

Wald notes, too, that female law grads of her generation married relatively early, compared to many women lawyers today. Men were returning from the war, and were ready -- even eager -- to settle down and get on with their lives. In contrast, she suggests, the sexual revolution of the 1960s and thereafter made staying single more appealing for young men than it was when she was in her early 20s.

Washington Post columnist Ruth Marcus makes another point: Powerful men seem to have an endless supply of women of all ages to choose from, while the same is not true for women.

"Henry Kissinger famously said that power is the ultimate aphrodisiac," Marcus observes. "And if that's true, it doesn't seem to work very well when the power is wielded by a woman. ... Being a Supreme Court justice is not the sort of ultimate turn-on for asking somebody out for a date. Or the dean of Harvard Law School. Or being the solicitor general of the United States." The last two of these, of course, are the jobs Kagan has most recently held.

While some have lamented the fact that the two most recent female nominees to the Supreme Court are not mothers, others note that the mothers on the court were appointed after their children were grown.

Patricia Millett, a frequent advocate before the Supreme Court, makes no bones about how hard it is to be married, raise a family and have a high-octane legal career. It is, she says, an almost inhuman juggling act, in which she has learned to slot her children's activities into her schedule just as she would a client's.

"At least once a week I do come pretty close to saying, 'I just have to give up. I can't keep this going,' " she says.

Millet also goes out of her way to note that marriage with children is not necessarily a desirable path for everyone. Women are entitled to make that choice, she says. After all, before Sotomayor's appointment to the court, there were six justices in the court's history who were unmarried and had no children -- all of whom were men.

THE NOMINATION: Complete Coverage Aug. 7, 2010
What To Expect At Kagan Confirmation Hearings June 25, 2010