Accessibility links
Movie Reviews - 'Restrepo' and 'The Lottery' - Two Documentaries Worth Seeing David Edelstein reviews two new documentaries he loves: Restrepo is set in Afghanistan and co-directed by photographer Tim Hetherington and author Sebastian Junger, who wrote The Perfect Storm. Madeleine Sackler's The Lottery centers on high-testing charter schools in Harlem and the drawing that determines who gets in. (Recommended) 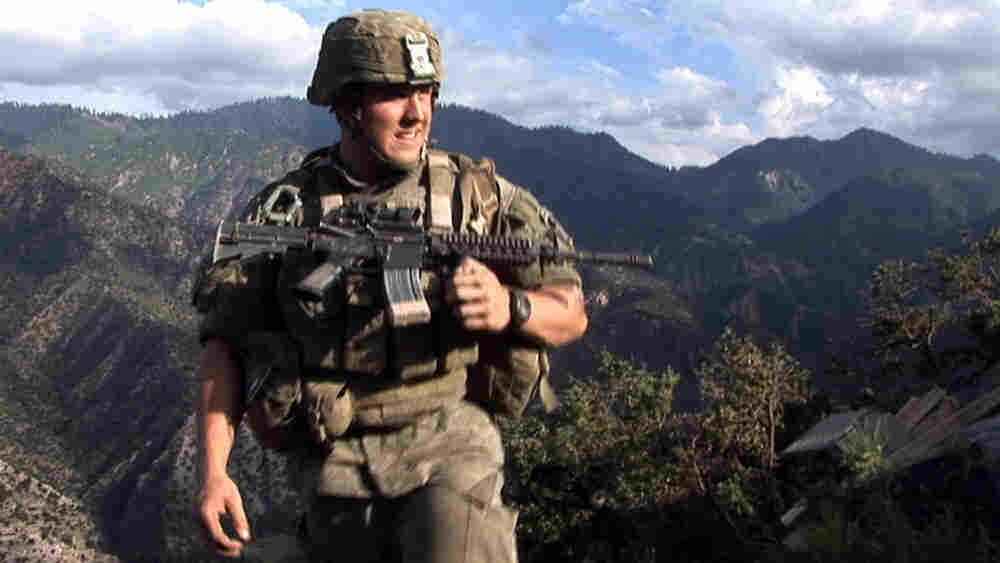 Kyle Steiner, a member of Battle Company, stands in the Korengal Valley in Afghanistan's Kunar Province. Battle Company's actions were the basis of the documentary Restrepo by Sebastian Junger and Tim Hetherington. Outpost Films hide caption

'I Am Barack Obama'

Maybe it's a reaction to empty summer escapist movies like The A-Team and Knight and Day, but I've had a sudden urge to escape not from, but to reality. If you share that impulse, seek out a pair of unusually urgent documentaries, Restrepo and The Lottery.

The grueling Restrepo takes its name from a mountainside outpost in the Korengal region of Afghanistan, where in 2007, Tim Hetherington and Sebastian Junger got themselves embedded with the Second Platoon, Battle Company, of the 173rd Airborne. That outpost -- or O.P. -- takes its name from a charismatic company medic whom we see in a video that opens the film: He's on a train with his buddies, they've had a lot to drink, and he's whooping, "We're goin' to war!"

Not long after that, Juan Restrepo took two bullets in the neck.

O.P. Restrepo is the site of constant fighting between U.S. forces and the Taliban. The captain, Dan Kearney, describes its impact on the enemy as men show off their artillery.

"When the boys built that base, the Taliban ... forces in the valley, they were completely in shock. It was like a middle finger sticking out. And they realized once they could not knock off Restrepo, we had the upper hand. They started becoming afraid," he says, as the men behind him fire their guns.

Those weapons send out balls of fire in long, deadly arcs, but no foreign force is likely to gain the upper hand in this place. From a distance the landscape seems barely marked, the bombs absorbed by the same trees and terraced hills that hide the Taliban -- whom we never actually see. We share the perspective of the men who wait for the inevitable assaults, their most trivial exchanges seeming, in this context, momentous. 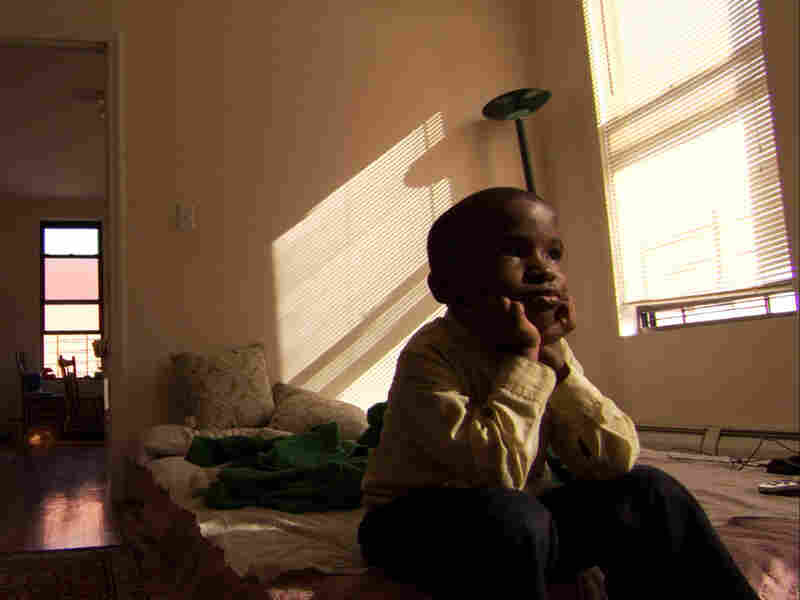 Chrisitan Yoanson is one of the students hoping to get a spot in a charter school in the documentary The Lottery. Variance Films hide caption 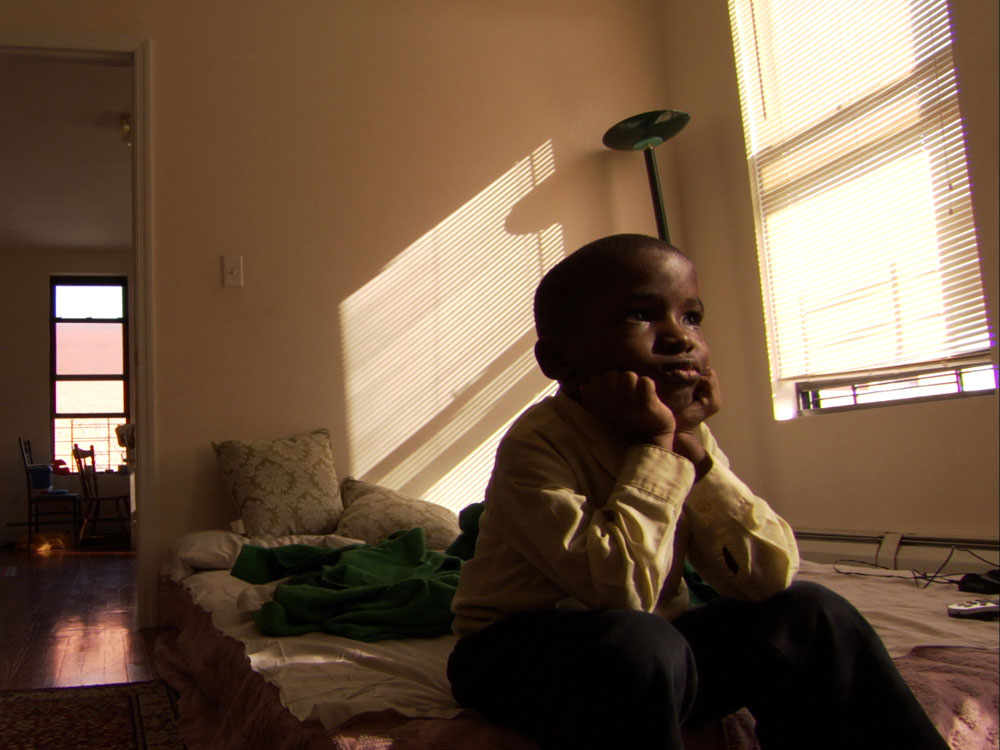 Chrisitan Yoanson is one of the students hoping to get a spot in a charter school in the documentary The Lottery.

'They Started Getting Afraid Of Us'

'This Is Not A Desert Storm'

Hetherington and Junger kept filming during the frequent firefights, and you can feel their fight-or-flight instincts in the way their cameras jerk and swerve and point at the ground or the sky. What carnage we see is after the fact, when men gather around the bodies of fellow soldiers -- in one case weeping in incomprehension.

The directors have said they meant for Restrepo to be objective and apolitical, its focus on the bonds among the men and what Junger -- in his brilliant new book War, which expands on what we see in the film -- calls "the Zen of not f-ing up."

What should have been the most hopeful scene in the movie might be the grimmest: Kearney asks Korengali elders, some with beards dyed orange to show they've been to Mecca, to join with him, promising money and new projects, and they stare at him, expressionless. Then seven civilians in the same village are killed in a U.S. operation, and the few hearts and minds that were in play are forever lost.

Unlike Hetherington and Junger, director Madeleine Sackler sets out to incite and enrage: Her film The Lottery is a devastating piece of propaganda. It unfolds on the home front, in New York City, where 3,000 small children apply for 475 slots in charter schools in and around Harlem. These autonomous public schools have been stunningly successful in turning out literate, motivated kids in neighborhoods known for high-double-digit dropout rates. But as Sackler profiles four families with children in the running, you get a sinking feeling there are nowhere near enough happy endings to go around.

These kids are heartbreakingly open and engaged and eager -- but the true focus of The Lottery is the battle between Harlem Success charter schools president Eva Moskowitz and a ferocious coalition of charter-school opponents. How, given the high test scores, could the movement create such a violent schism in the community? Charter schools are non-union; and as Sackler frames the fight, it's the teachers' unions that are pulling the strings, using surrogate organizations like ACORN (as it was then still called) and the Democratic politicians whose campaign chests they fatten.

As The Lottery presents them, these politicians and community activists come off as working to sustain a system that is objectively a disaster. It makes you wonder whether the kids who lose the lottery are the victims of chance -- or of forces more frustratingly human. (Recommended)