Accessibility links
Spending Debate A Throwback To New Deal The current debate in Congress over government spending harkens back to the pressures faced by President Franklin Delano Roosevelt in 1937. When FDR tried to balance the books that year, unemployment almost doubled. 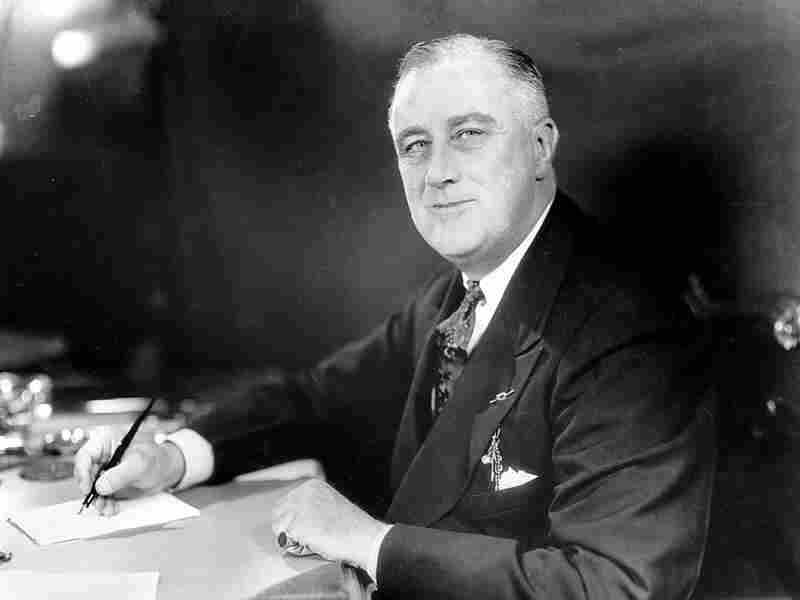 When President Franklin Delano Roosevelt gave in to pressures to balance the budget in 1937, unemployment almost doubled. Currently, Democrats are pushing for more government spending to help stimulate the economy and ease unemployment. AP hide caption 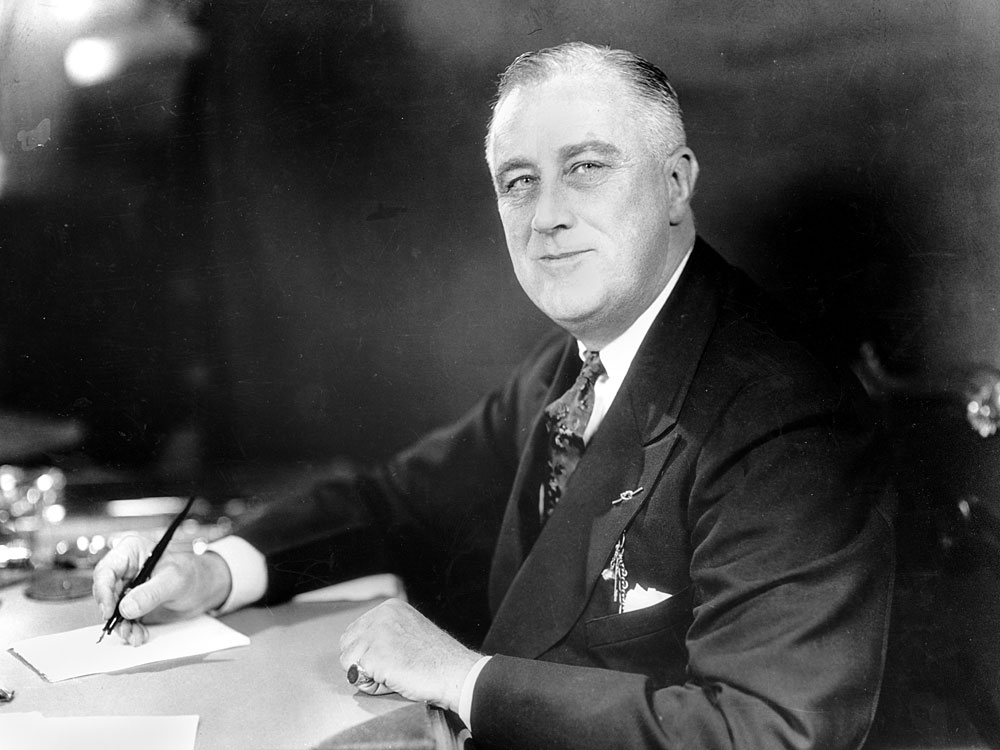 When President Franklin Delano Roosevelt gave in to pressures to balance the budget in 1937, unemployment almost doubled. Currently, Democrats are pushing for more government spending to help stimulate the economy and ease unemployment.

Extending benefits for the unemployed is usually a no-brainer in Congress. Not this time around.

Democrats pushed for weeks to renew benefits that expired last month. But that bill died on the Senate floor Thursday night. The measure was blocked by a filibuster led by Republicans. They opposed the cost, which would have added $35 billion to the national debt over the next decade.

"What we're not willing to do is use worthwhile programs as an excuse to burden our children and grandchildren with an even bigger national debt than we've already got," said Senate Republican leader Mitch McConnell of Kentucky.

"Cutting spending is the whole point," he said. "You're trying to cut spending so that you're not accumulating any more debt."

For their part, Democrats say it's starting to seem like 1937 all over again.

That was the year Franklin Delano Roosevelt bowed to pressures to curb deficit spending, a move many say set off the so-called "Roosevelt Recession".

Many economists agree that government spending -- even with borrowed money -- gives a boost to the overall economy, especially one battered by the worst recession in most peoples' lifetime.

To be sure, Democrats agree with Republicans that trillion-dollar-plus deficits are a serious issue. But just as St. Augustine pleaded, "Lord, make me chaste, but not yet," Democratic leaders argue that the need for continued economic stimulus is too great to try to balance the budget right now.

The Senate's No. 2 Democrat, Dick Durbin, says deficit spending is precisely what helped Roosevelt cut unemployment in half during the Great Depression.

And after a few years, Durbin says, "Republican critics came forward and said, 'Wait a minute, this is deficit spending. We are spending money we don't have. We've got to stop.' And they prevailed, just as Sen. McConnell wants to prevail today."

Durbin notes that unemployment nearly doubled after Roosevelt tried balancing the books in 1937.

"We're about to repeat history," he says. "The Republicans come to us now and say, 'We've got to stop putting money back into the economy. It creates a deficit.'"

And Durbin says it does. "But if you don't get the 14 million unemployed Americans back to work, the deficit will get worse."

Reduce Unemployment Before The Deficit

It's the same conclusion many experts have reached about Roosevelt's New Deal spending.

"The Depression, as bad as it was, would have been much worse without the government spending," says Alan Brinkley, a historian of the Depression at Columbia University. "And the 1937 effort to balance the budget -- I think almost every economist would agree -- was a catastrophe."

Both Germany and the United Kingdom have moved in recent days to shore up their own financial standing by cutting spending and raising taxes. They did so despite a letter President Obama sent the Group of 20 nations last week warning that cutting deficits too quickly could lead to what he called "renewed hardships and recession."

When GOP Sen. John McCain ran against Obama two years ago, one of McCain's advisers was economist Mark Zandi of Moody's Analytics. Zandi says the president is right in trying to keep the spending spigot open.

"Until unemployment is definitively moving lower, I think it's premature to be focused on reducing the deficits right now," Zandi says. "We need to make sure that the economy is off and running before we pivot and begin to bring down deficits."

Still, even Democrats are balking at more deficit spending. House Majority Leader Steny Hoyer has spoken of "spending fatigue." And Sen. Byron Dorgan of North Dakota says he is worried.

"I think everybody understands, and if not, they better understand quickly, the dilemma of this unbelievable growth of deficits or debt for this country," Dorgan says. "It is unsustainable."

Republicans fear that deficits will add pressure to raise taxes. For Alabama Sen. Jeff Sessions, that's the real aim of the Democrats' spending.

"They intend to let the tax cuts expire," Sessions says of cuts made during the Bush administration. "So then they've in fact increased taxes, and they say it's to reduce the deficit, when really it is an expansion of the size of government."

As the decades-old argument over deficit spending grinds on, nearly a million people have lost their unemployment benefits. They expired at the end of May due to congressional inaction.