Accessibility links
High Court Sides With Ex-Enron CEO Skilling The court unanimously imposed stark limits on the so-called honest services law that for decades has been a key tool in prosecuting corruption cases. 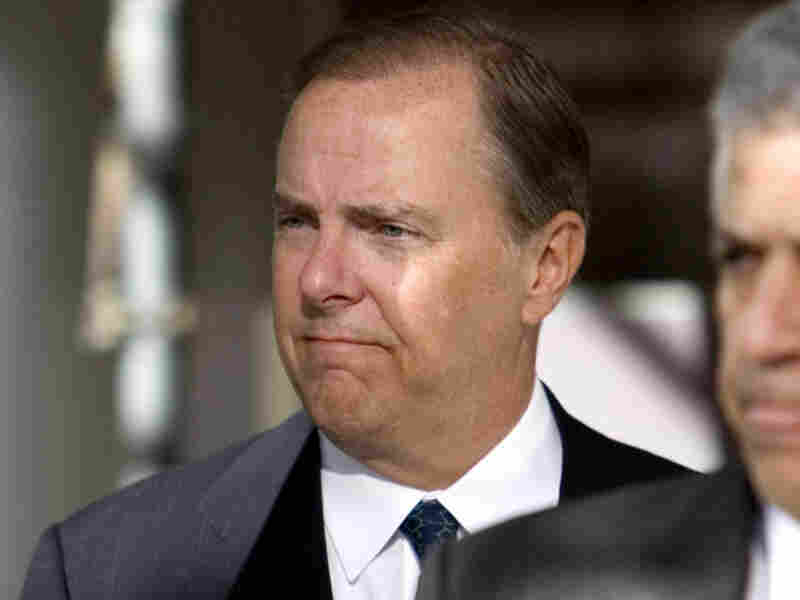 Former Enron CEO Jeff Skilling, seen here in 2006, contends he did not receive a fair trial in Houston. Skilling was convicted in 2006 of 19 counts of fraud, conspiracy, insider trading and lying to auditors. David J. Phillip/AP hide caption 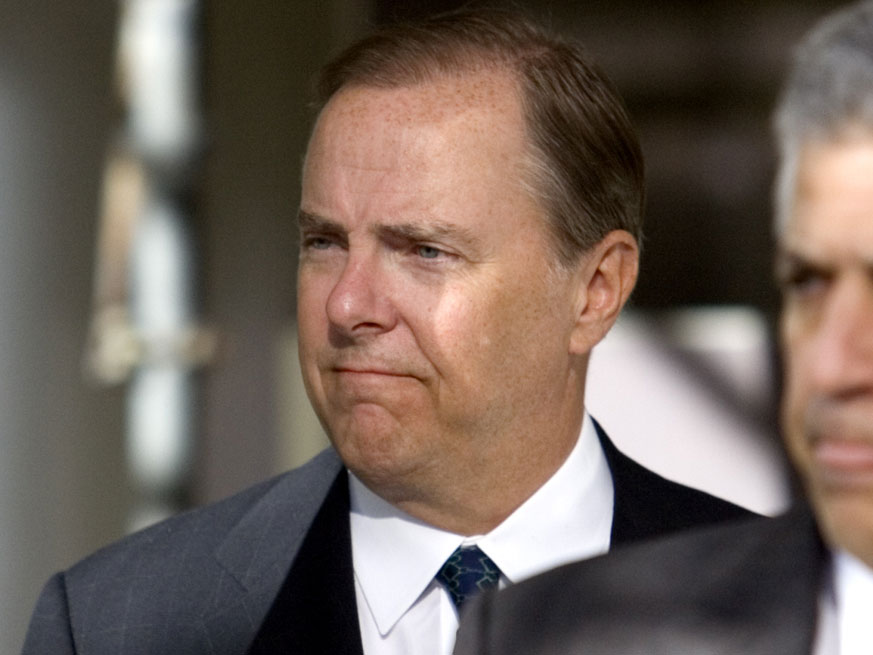 Former Enron CEO Jeff Skilling, seen here in 2006, contends he did not receive a fair trial in Houston. Skilling was convicted in 2006 of 19 counts of fraud, conspiracy, insider trading and lying to auditors.

The U.S Supreme Court has severely restricted the ability of federal prosecutors to bring corruption cases against public officials and corporate executives. The court unanimously imposed stark limits on the so-called honest services law that for decades has been a key tool in prosecuting corruption cases.

The court's ruling came in the case of former Enron executive Jeffrey Skilling, convicted of engaging in a scheme to enrich himself by deceiving shareholders about his company's true financial condition. He was convicted of a variety of charges, including depriving the Enron investors of his honest services.

On Thursday, the Supreme Court ruled that the definition of honest services in federal law was so broad that, if viewed literally, it would be unconstitutionally vague, providing inadequate notice to citizens about what conduct is legal and what is not. Instead, a six-justice majority led by Ruth Bader Ginsburg declined to invalidate the law outright, but read it narrowly to cover only bribery and kickbacks.

In view of the history of the statute, she said, "there is no doubt that Congress intended [it] to reach at least bribes and kickbacks." To do more, Ginsburg added, without explicit authorization from Congress, would exceed the court's authority. Three other justices -- Antonin Scalia, Anthony Kennedy and Clarence Thomas -- would have, for all practical purposes, invalided the statute in its entirety.

For Skilling and many others, the court's decision may mean invalidation of some counts on which they were convicted, while leaving intact other charges that did not involve the honest services statute. The high court sent Skilling's case and a companion case involving Canadian media magnate Conrad Black back to the lower courts for further action.

Jacob Frenkel, a defense lawyer and former prosecutor, says the problem for Skilling and Black is that they were convicted of charges other than honest services fraud.

"Even if the honest services fraud counts are thrown out, they're going to continue to be guests of the United States Bureau of Prisons because the other convictions likely will continue to stand," Frenkel said.

Not everyone will stay in prison, though. Former prosecutors estimate that Thursday's decision may well invalidate hundreds of honest services convictions. Among those who are likely to challenge their convictions under the decision are two former governors, three former members of Congress and a variety of high-profile corporate executives.

The decision also deprives the Justice Department of one of its most widely used tools in prosecuting both public and private corruption. Already, lawyers for impeached former Illinois Gov. Rod Blagojevich were seeking to abort his corruption trial because some of the charges against him involve the honest services law. In New York, former state Senate Republican leader Joseph Bruno, recently sentenced to two years in prison for violation of the honest services statute, is expected to seek dismissal of the charges.

"It does represent a real cutback on what the department can use in seeking conviction in some of these cases," former U.S. Attorney General Richard Thornburgh said.

Former FBI General Counsel Howard Shapiro agrees. "I suspect it will have a very significant impact," he said. "The honest services fraud has become one of the favorite arrows in the federal prosecutor's quiver. And a large number of those cases go well beyond the core area of bribery and kickback that the court limited the statute to."

John Coffee, a professor at Columbia Law School who specializes in white-collar crime, notes the decision will have a particularly dramatic impact in public corruption cases, where state and local officials will find themselves immune from federal prosecution for a wide variety of misdeeds that do not involve kickbacks or bribery.

To cite one example, says Coffee, "Suppose you're the mayor or city council president of some city, and at the public city council meeting, you award a very lucrative contract to a corporation that you fail to disclose you and your family own 50 percent of. That's not bribery. That's not a kickback. That is undisclosed self-dealing, and a month ago this would've been seen as unlawful. And after this decision it's not."

Similarly, a governor who puts no-show relatives on the payroll has accepted neither a bribe nor a kickback, and thus has not violated a federal law.

Defense lawyer and former prosecutor Robert Luskin observes that two decades ago, when the Supreme Court narrowed the meaning of the honest services statute, Congress quickly passed a new law containing very broad language -- the very language the court has now essentially tossed out as too broad.

"This time around," he says, "Congress has got to legislate with some particularity."

But this time around, Congress may be less willing to wade into these legal waters.