Accessibility links
Gogol Bordello In Concert The uninhibited, unpredictable and inimitable gypsy punk band is back with a new album, Trans-Continental Hustle. Hear Eugene Hutz and company play songs from the record at World Cafe Live. 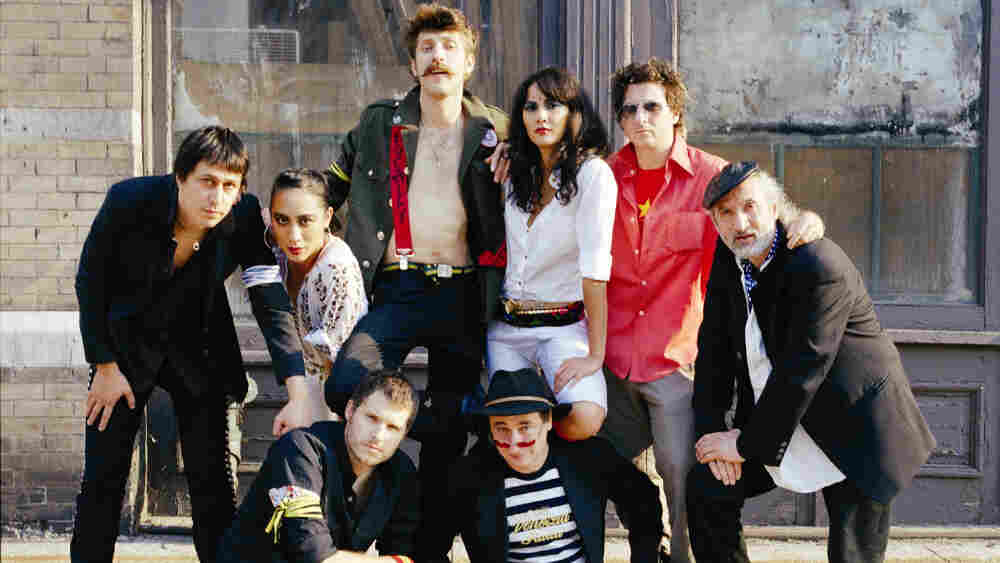 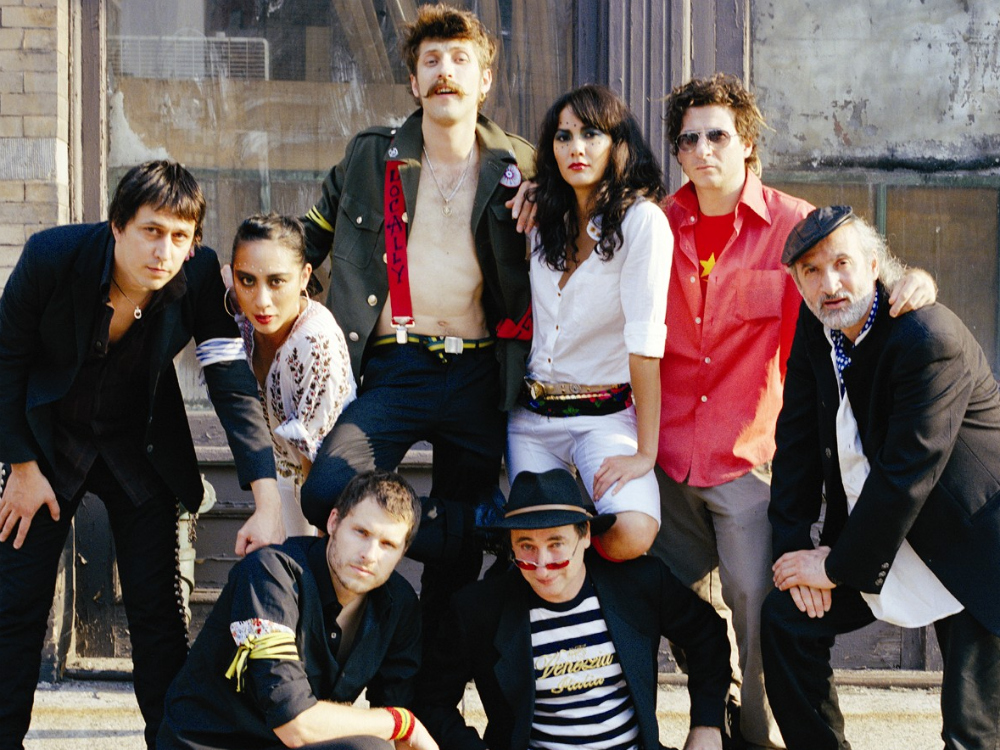 The Gypsy rock band Gogol Bordello knows how to put on a show. Named after Russian author Nikolai Gogol, the band camee together in New York in the late 1990s after lead singer Eugene Hutz relocated from Ukraine. Over the past decade, the group cultivated a wild reputation, thanks to a hefty tour schedule and Hutz's dynamic persona. The band's theatrical performances and multitude of instruments are truly something to behold.

Or at least Rick Rubin thinks so. He signed Gogol Bordello to his American record label and produced its latest album, Trans-Continental Hustle, which came out in April and draws from Hutz's recent move to Brazil. It's rough, fast and extremely danceable -- you can almost hear the band's signature on-stage dancers. Click the link above to hear Gogol Bordello bring its new songs to the WXPN stage.