Accessibility links
New iPhone Owners Complain About Dropped Calls The new iPhone 4 seems to be dropping calls if people touch the phone in a certain area -- the steel-rimmed antenna that Apple chief Steve Jobs bragged about earlier this month. 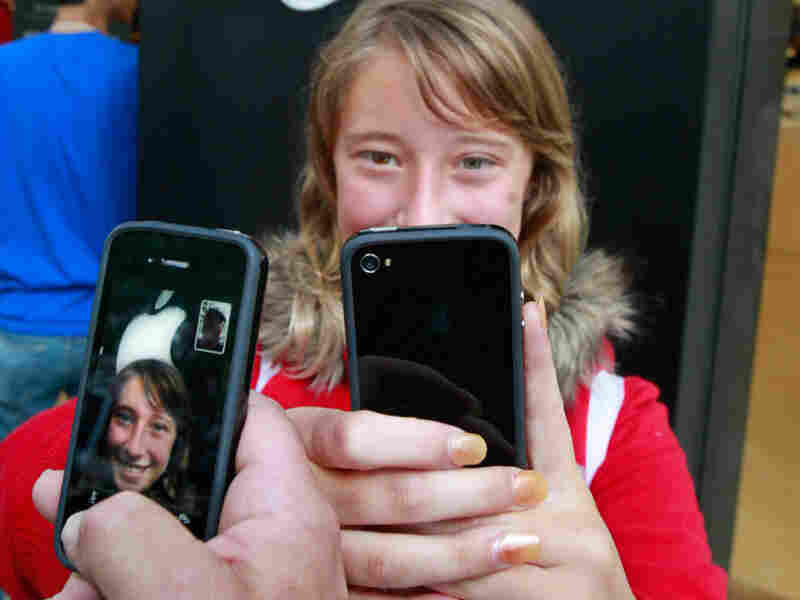 Emilie Weideman and her father, Marc Weideman try their new iPhones Thursday in Palo Alto, Calif. Many of the new phones' owners are complaining of a glitch that drops calls. Paul Sakuma/AP hide caption 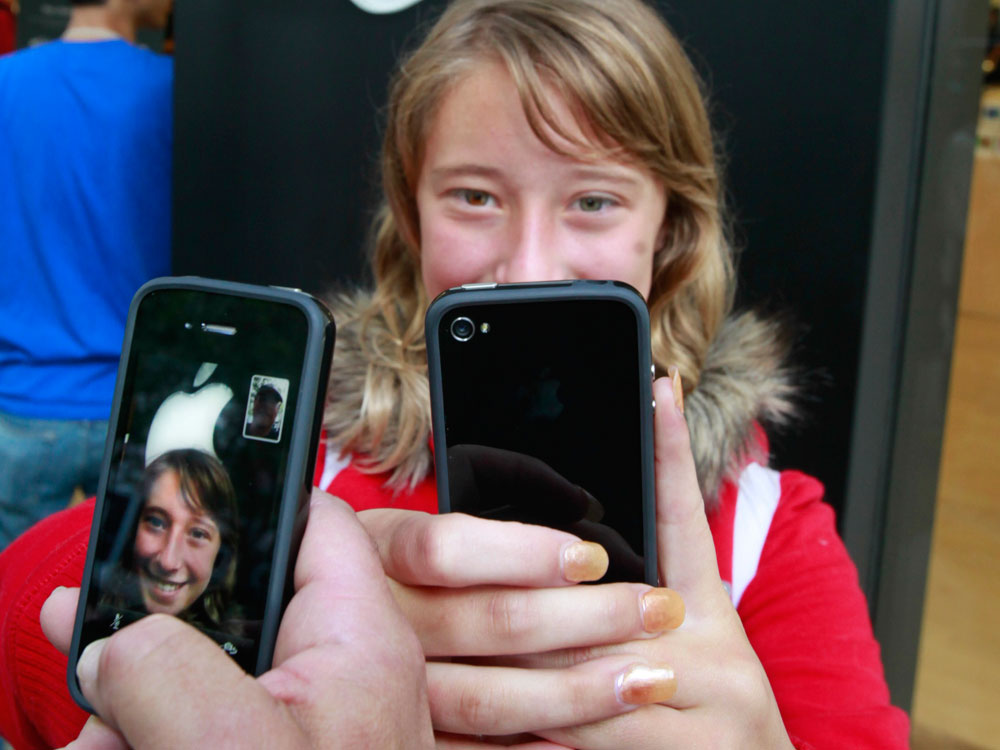 Emilie Weideman and her father, Marc Weideman try their new iPhones Thursday in Palo Alto, Calif. Many of the new phones' owners are complaining of a glitch that drops calls.

The new iPhone 4 has people lining up at stores and dying to get their hands on one. Unfortunately, once they do, a lot of them are complaining about a glitch that drops calls.

When Apple CEO Steve Jobs introduced the iPhone 4 earlier this month, he bragged about the steel rim that doubled as an antenna. But as soon as people got the phone, the complaints began to flood in.

Users claimed that if you touched the iPhone 4 on the left edge where there's a break in the steel rim, calls cut off. So, I wanted to find out if it's true.

I tried to call my editor, Sara Sarasohn, from the Apple Store in downtown San Francisco to see if there was a glitch.

I moved my fingers around the rim and could not hear Sara. It does in fact seem to drop out.

I tried it again, just in case, and the same thing happened.

Word is out on the street, and it's giving customers like Ryu Mizuno pause about buying one.

"It's definitely caught my attention," he says. "I think I [will] take a look or wait a little bit more before I commit to buying the new one."

All over the Web, folks are coming up with some creative high-tech solutions.

Fast Company magazine recommends Scotch tape in the little crack along the side. Other folks are recommending a rubber case for the phone.

Apple is owning up to the problem.

"Gripping the phone will result in some attenuation of its antenna performance," the company said in a statement. "This is a fact of life for every wireless phone."

And Jobs himself responded. But his answer was like the old joke about the guy who tells the doctor "It hurts when I do this." And the doctor says, "Well don't do that." In this case, Jobs essentially responded, "Well, don't do that."