Accessibility links
The 'Other' Silk Road: China Peers Into Maritime Past China has long been a goldmine for land-bound archaeologists. It also has become a powerhouse of underwater archaeology, including the recent excavation of a 13th century shipwreck. Chinese explorers and scientists are tracing a trade route known as the "Maritime Silk Road," a less-known parallel to the fabled overland passage. 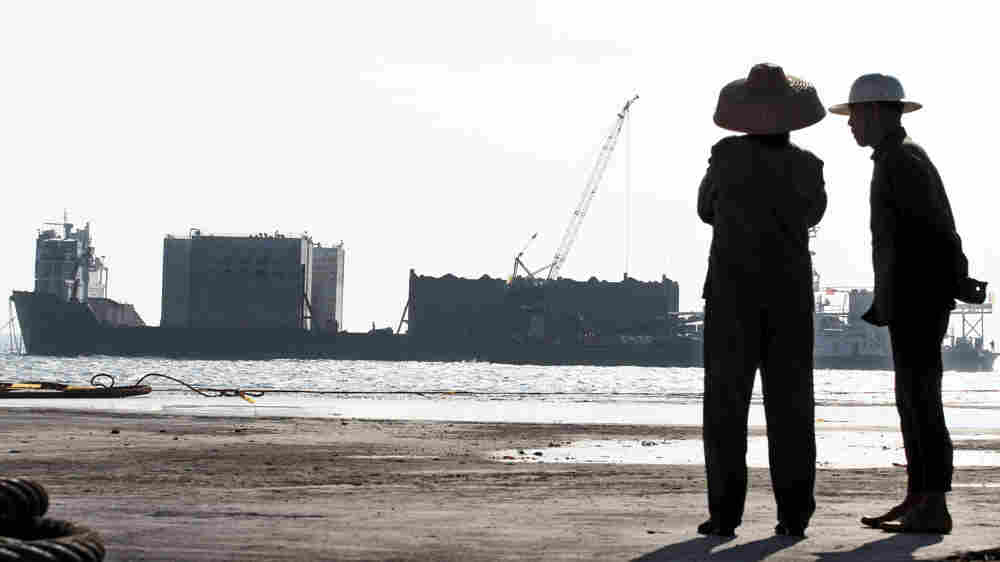 In this December 2007 photo, fishermen watch as a barge carrying the wreck of an 800-year-old sunken merchant ship, dubbed South China Sea No. 1, berths at a dock of the Maritime Silk Road Museum in Yangjiang. China Photos/Getty Images hide caption 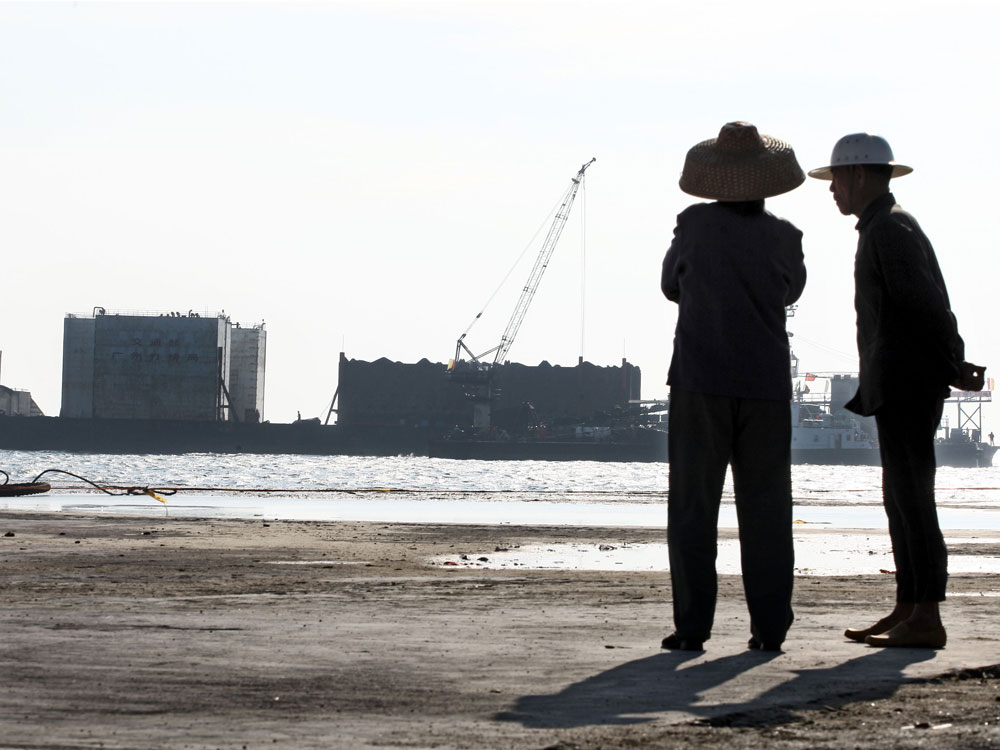 In this December 2007 photo, fishermen watch as a barge carrying the wreck of an 800-year-old sunken merchant ship, dubbed South China Sea No. 1, berths at a dock of the Maritime Silk Road Museum in Yangjiang.

In China, it is hard to imagine just how much history lies right under your feet. The country has long been a goldmine for archaeologists.

Until recently, they have been confined to digging on land. But in recent years, China has grown into a powerhouse of nautical archaeology, combing its vast coastline for undersea shipwrecks, treasure, and traces of a trade route known as the "Maritime Silk Road," a less-known parallel to the fabled overland passage. 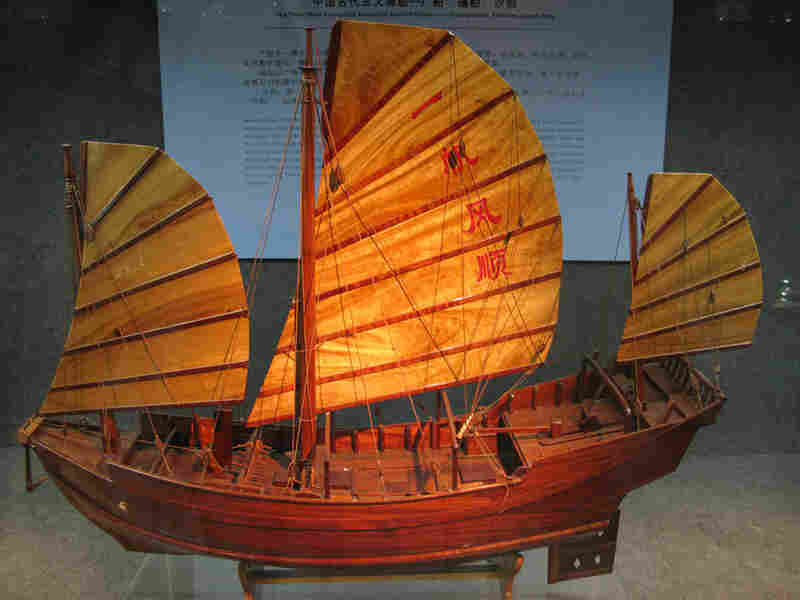 A replica of a 13th century Song Dynasty merchant ship. Archaeologists will build a full-scale model of the South China Sea No. 1 after excavating it. Anthony Kuhn/NPR hide caption

About 1,000 visitors a day flock to one of China's newest museums, in Guangdong province's Yangjiang city. It is called the Maritime Silk Road Museum, and it is on the beach, facing the South China Sea.

The museum houses one of the world's oldest known merchant ships, dating from the Southern Song Dynasty in the 13th century. It's been dubbed the South China Sea No. 1.

Museum guide Liu Jinxiu explains that Chinese and British explorers discovered the ship by accident in 1987 while looking for a sunken vessel belonging to the British East India Company.

"The explorers used a claw to fish out more than 200 pieces of fine Chinese porcelain," she says. "From this, they deduced that the ship was Chinese, and not British, and the two sides ended their cooperation."

At the time, China lacked the means to salvage the ship. Archaeologist Zhang Wei of the National Museum of China remembers how he went about setting up the field of nautical archaeology for his country.

They remind us that the world's peoples have never been as isolated from each other, or on as tense terms, as we might think.

"I had previously spent five years as a field archaeologist," he recalls. "But I switched careers because China wanted to get into underwater archaeology. At the time, we had no personnel, no equipment and no knowledge. We had to start from scratch."

Two decades later, after Zhang received training at Texas A&M University, he assembled and trained a team of underwater archaeologists, and helped secure $40 million from the government to salvage the South China Sea No. 1.

His team returned to the site of the shipwreck, which lay under about 80 feet of water and six feet of silt. The vessel was first enclosed in a huge steel container. Then a massive derrick was used to hoist the container off the ocean floor -- ship, silt, seawater and all -- weighing more than 3,000 tons. It was then rolled ashore and put into the museum.

Zhang Wei notes that this is not how nautical archaeology is usually done. 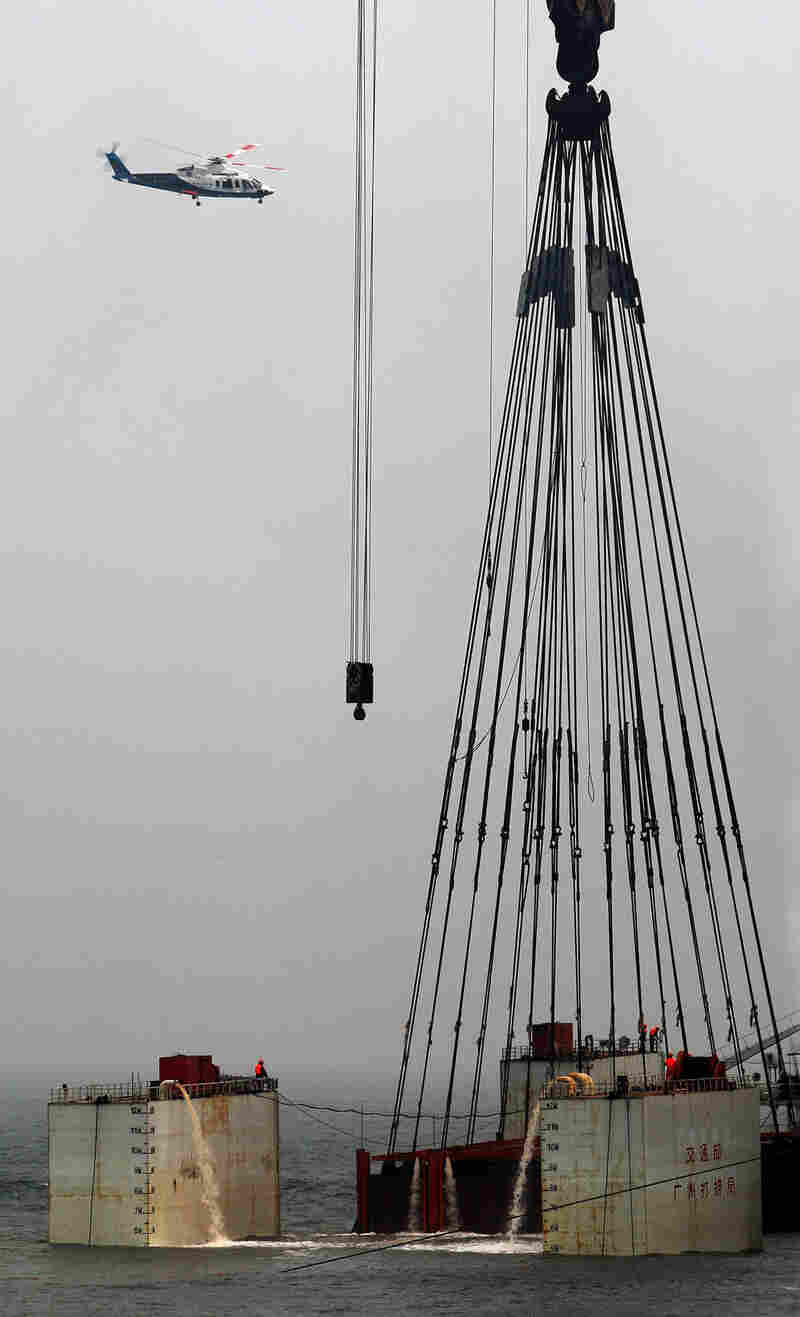 A specially designed steel basket raises the wreck of the 13th century merchant ship from the bottom of the South China Sea on Dec. 22, 2007, near Yangjiang, in Guangdong province. China Photos/Getty Images hide caption

"Shipwrecks are usually supposed to be left in place," he points out. "But we feared that everyone knew this ship's location, and if we didn't salvage it, it might be looted."

Though it is sitting in the museum, the ship remains hidden under the silt and water in its container. Archaeologists are still deciding on just how to excavate it.

Museum curator Ma Haizao says archaeologists want to get as much information as they can from the ship about ancient China's shipbuilding and maritime commerce. When exactly they excavate the boat doesn't matter much, he says.

"We don't have a definite schedule yet," Ma says. "But I am confident that the South China Sea No. 1 will one day appear before the eyes of the world. There's no question about that."

Ma says as the ship is being excavated, archaeologists will make a full-scale replica of the craft. At about 112 feet long, it's a medium-size boat by the standards of the Song dynasty. It was an average commercial vessel, as was its cargo.

Archaeologists believe the ship sailed down China's southeast coast, stopping at major ports to take on crates of porcelain, gold ornaments, iron cooking woks and other merchandise. It was probably en route to Indonesia when it sank for unknown reasons.

In the 13th century, porcelain was hi-tech stuff, and China had a monopoly over it. Archaeologists say that at the time much of the world was still eating out of wooden plates and bowls.

Liu, the museum guide, points to one piece of porcelain in a museum display case.

"This wide-mouthed vessel is different from what we use in China," she observes. "This leads archaeologists to believe that Southeast Asian peoples used these to hold pepper and other spices. Foreign merchants may have come to China and had these vessels made to order for export to Southeast Asia."

In other words, China was exporting its wares around the world some eight centuries before Apple started making the iPhone here. 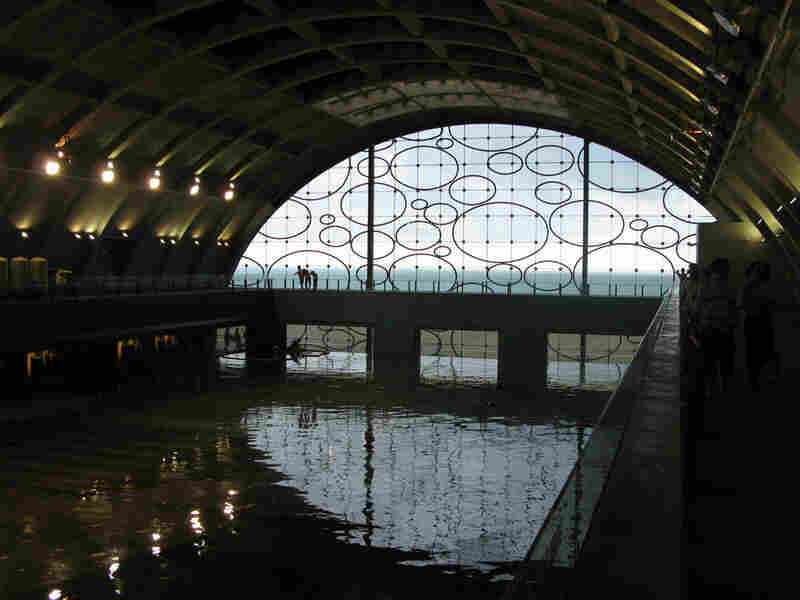 The South China Sea No. 1 remains submerged in silt and seawater inside a metal container in the museum. Anthony Kuhn/NPR hide caption 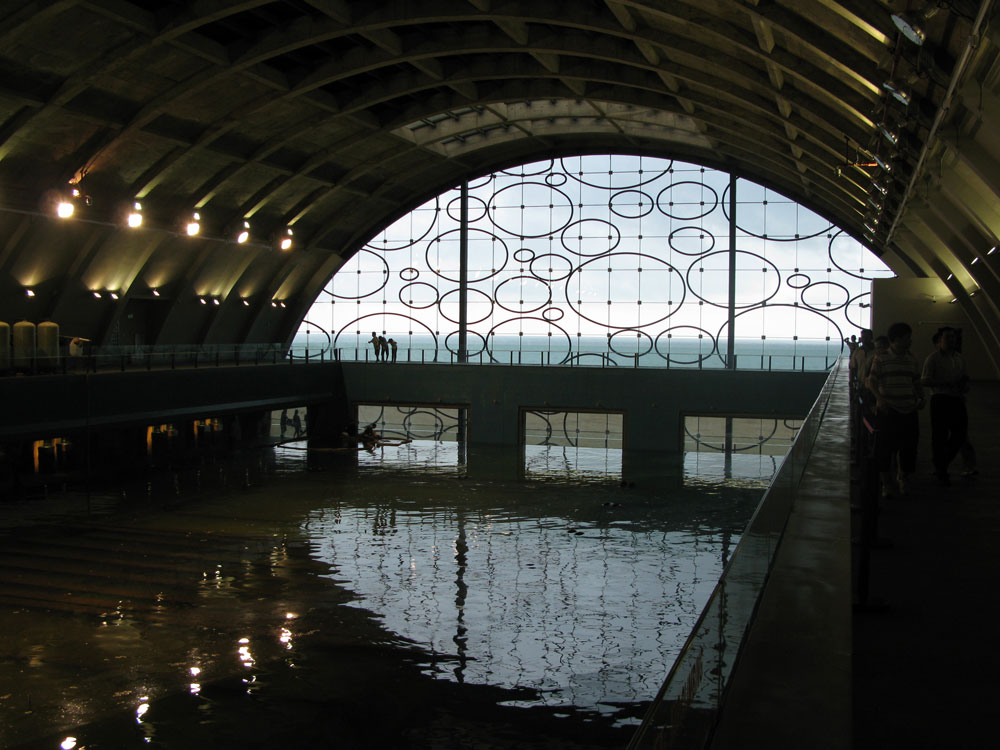 The South China Sea No. 1 remains submerged in silt and seawater inside a metal container in the museum.

Liu Wensuo is an archaeologist at Sun Yat-sen University in the provincial capital, Guangzhou. He says that the South China Sea No. 1 may yield clues about the Maritime Silk Road, which connected China to India, Africa and Europe as early as 1,400 years ago. He says that Chinese merchants usually took their wares as far as southern India and Indonesia, where Indian or Arabian traders bought them and took them farther west.

"The greatest significance of the Silk Roads is that they remind us that the world's peoples have never been as isolated from each other, or on as tense terms, as we might think," Liu says. "At least, due to the profit motive, people-to-people exchanges have existed continuously."

Liu adds that the land-based Silk Road was always the bigger and better known of the two routes.

China has always been first and foremost a continental power, he says, with a somewhat inward-looking and authoritarian character. But Liu notes that the Maritime Silk Road remained a vital East-West conduit, not just for trade and transport, but also for ideas and beliefs.