Accessibility links
From Job Skills To People Skills: Learning U.S. Ways Fort Wayne, Ind., is a primary destination for refugees. To avoid a clash of cultures, local organizations are working to provide training in practical job skills as well as cultural competency -- and the immigrants aren't the only ones making a change.

Fort Wayne, Ind., deals with multiple cultural challenges and obstacles every day as a primary relocation destination for refugees.

The city houses the largest Burmese community in the country, and cultural differences have at times made this community a target. One laundromat posted a sign that forbade Burmese from entering because some were spitting a tobacco-like substance on the floor. 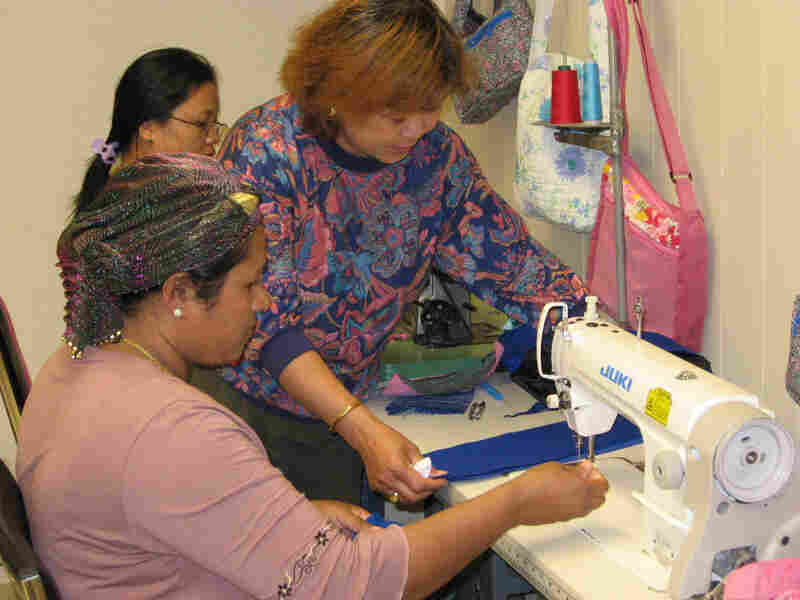 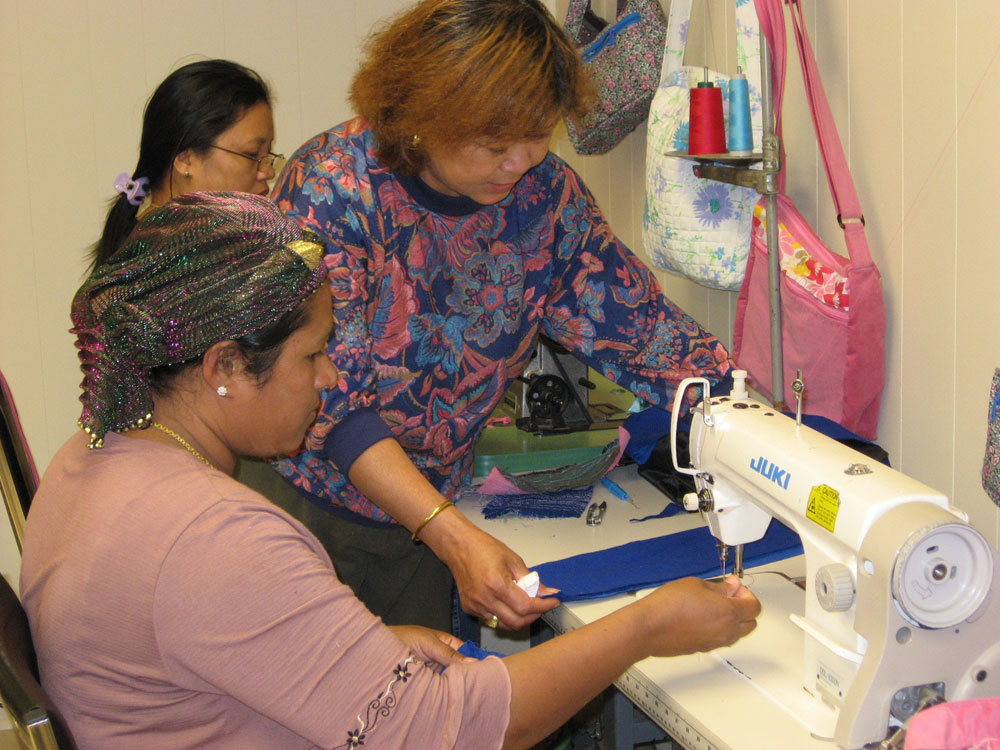 The city is now taking steps to head off the cultural misunderstandings that arise with new communities.

Minn Myint Nan Tin is the executive director of the Burmese Advocacy Center here. She says keeping the melting pot from boiling over is sometimes a delicate balancing act.

"Sometimes people need to take time to adjust in a new place, in a new culture, a new system, and you can't excuse it either, if your behavior -- it doesn't matter if you're American or Burmese or Latin or African," Minn Myint Nan Tin says.

Nearly all refugees in Fort Wayne frequent the Refugee Resource Center. It offers services and classes in everything from how to clean a home, to proper indoor plumbing etiquette. These are sometimes new concepts for people who have only lived in rural villages or refugee camps.

Phyu Phyu Aye, a Burmese refugee who's been in the United States for a decade, teaches sewing, but she advises her students on many cultural issues.

She explains that it is important to look in Americans' eyes when speaking. That's different than the Asian custom of looking at the ground.

Students taking a computer class in an adjoining room overhear the discussion and the teacher, Nyein Kyaoo, comes over to join in. Nyein Kyaoo says he repeatedly reminds students of the most basic things, like not driving without a license.

"Just some, they drive really crazy because they never drive before," Nyein Kyaoo says.

A female student suggests they may be influenced by American movies. "They watch the movie and they act like a movie star," Nyein Kyaoo jokes.

Another group working with the various immigrant communities is the Multicultural Council. This is a group of first responders who work to reduce cultural barriers during emergencies.

Director Irene Paxia is originally from Italy. She says language barriers waste precious time in emergencies. Paxia gives an example of being confused after a car accident. Instead of dialing 911, she dialed 118, the number she would have used in Italy. 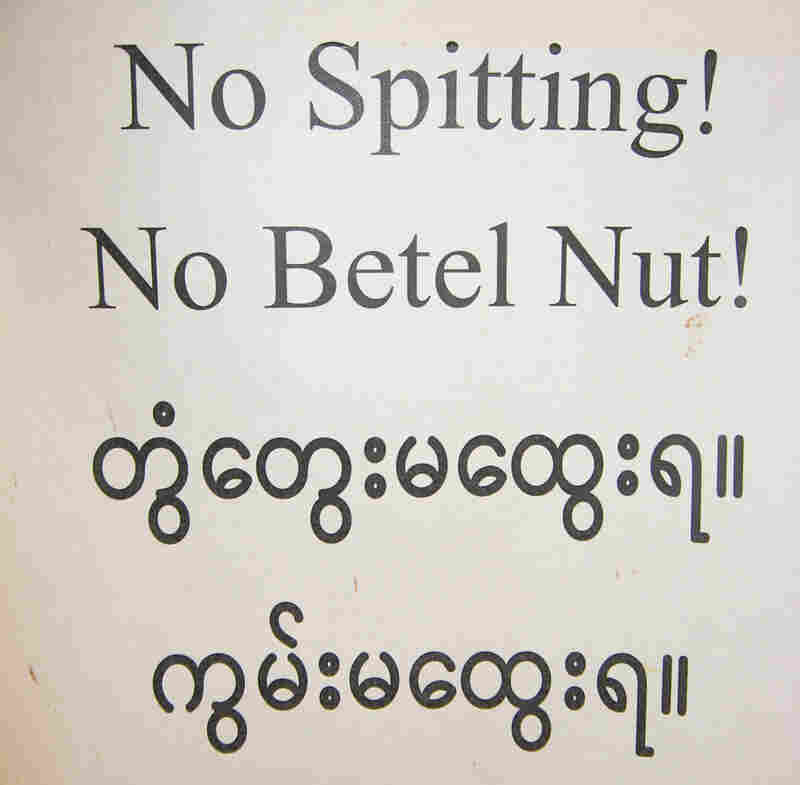 A sign prohibits spitting in a laundromat in Fort Wayne. Originally, the business barred entry to all Burmese because some immigrants had been spitting a tobacco-like substance on the floor. Erika Celeste/NPR hide caption

"Just right away I was brought back to reality how things can be difficult for me as well," Paxia says.

To help reduce these barriers, council members go door-to-door distributing magnetic emergency cards to refugee and immigrants. In a crisis, first responders know to check the card on the refrigerator for the victim's language and other key information.

But first responders face another obstacle. Many immigrants come from countries where officials are considered corrupt and crimes go unreported. During a recent Multicultural Council meeting, volunteer Lili Carroll and firefighter Jim Murua worry that this makes refugees afraid to report crimes here.

"That's the crucial part as well. The policemen should also be wearing their uniforms," Carroll said.

Murua said there have been prior attempts to ease concerns about officials in uniform.

"I had a few of my inspectors come out, educators come out, and they did it in plain clothes first and then put on their uniforms and came out saying, 'Hey look, we're the same person. Don't be afraid of us,'" Murua said.

While Paxia knows Fort Wayne's not perfect, she's quick to note that it's a three-time All-America City, largely because of these comprehensive refugee and immigrant programs.

The laundromat incident was addressed through these programs, too. The company offered a public apology, donated funds for diversity training and changed its signs. Instead of targeting the people, it now targets the offensive act and says: "no spitting."