Accessibility links
Study: C-Section Babies Skip The Bacterial Slide A new study shows that bacteria found on C-section babies just minutes after delivery is drastically different from the bacteria found on babies who are delivered vaginally. The findings pique interest in light of previous research suggesting that babies delivered via cesarean section may be more prone to health implications, such as asthma. 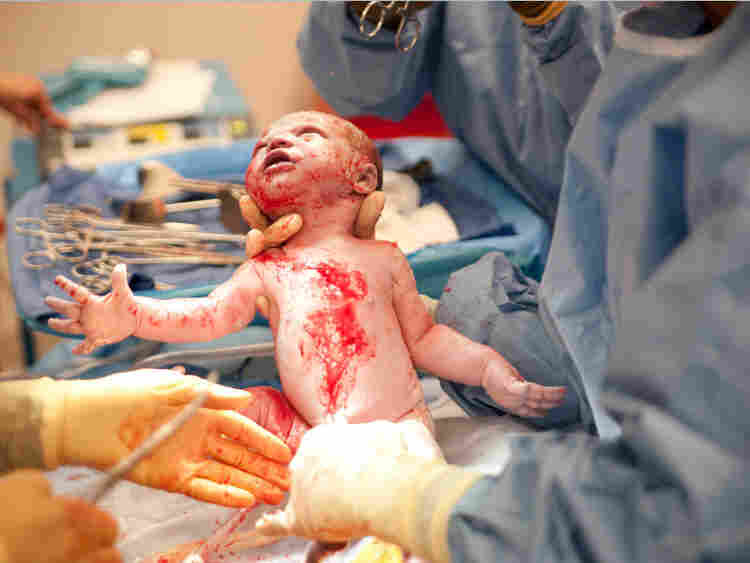 Whether or not the missing bacteria make a difference in a baby's health is a matter for further study, researcher Elizabeth Costello says. iStockphoto.com hide caption 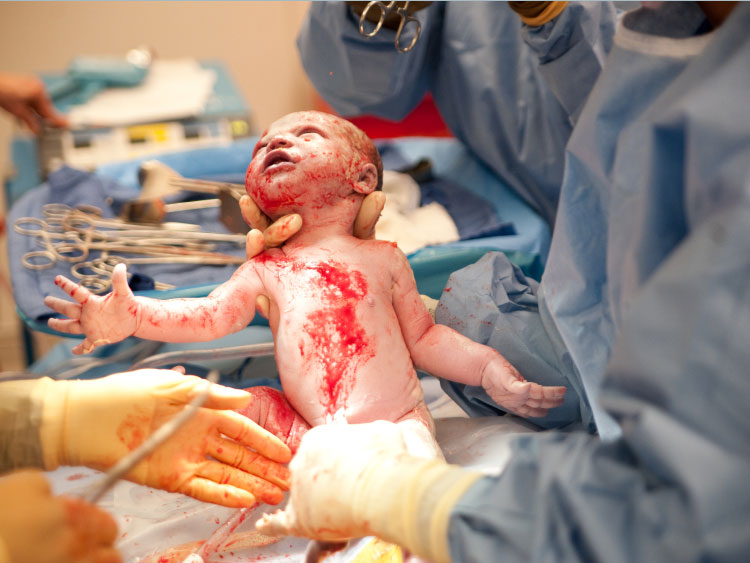 Whether or not the missing bacteria make a difference in a baby's health is a matter for further study, researcher Elizabeth Costello says.

But Stanford researcher Elizabeth Costello cautions against jumping to any conclusions. "Those theories relate to the hygiene hypothesis, which posits that the more we restrict our exposure to microbes, the less our immune system understands how to deal with them appropriately."

Costello, one of the lead authors of the study, tells NPR's Guy Raz that her research simply shows a difference between the microbes babies are exposed to in the first moments of life, depending on the method by which they were delivered.

"Whether or not those differences contribute later on is something that further studies will have to address," she says.

Her team gathered data from babies just after delivery. "We just did that by swabbing various parts of their body, including their skin, their mouth; we took samples of their first poop and also of the snot that they suck out of their nose."

The researchers found that babies born via vaginal delivery are essentially coated in bacteria that babies born by C-sections skip. Costello won't speculate on whether there are benefits to being exposed to this vaginal bacteria. But, she says, "if further studies do demonstrate that there's a beneficial effect of being exposed to particular kinds of bacteria from the vagina, then one could imagine a future scenario where babies born by a C-section are exposed to a particular kind of probiotic in order to facilitate that exposure."

Meanwhile, women considering elective C-sections -- or who suddenly find themselves in that scenario -- shouldn't worry, she says. "Our study doesn't track health outcomes in the baby. So it really is just basic research at this point."

The next step, Costello says, is to see what happens to the babies as they grow older. "I think we know what happens now in the minutes after delivery, and we know -- we're starting to know -- very much about what adults look like. I think filling in that timeline in between really just to see if these bacteria that are initially there persist -- I think is a really interesting question."