Accessibility links
Mouse and Scientist Sleep Together, Scientist Thrilled : Krulwich Wonders... Things happen when you spend time in wild places. Things that you can't explain. Like this: One day psychology professor Barb Smuts was walking through a Michigan forest when out popped a little mouse. And then ...

Here's a story about a chance encounter with a mouse. It takes place in the Michigan woods. Barb Smuts is a scientist. It's best to hear the story straight from her. Listen by pushing the button above, or you can just read along... 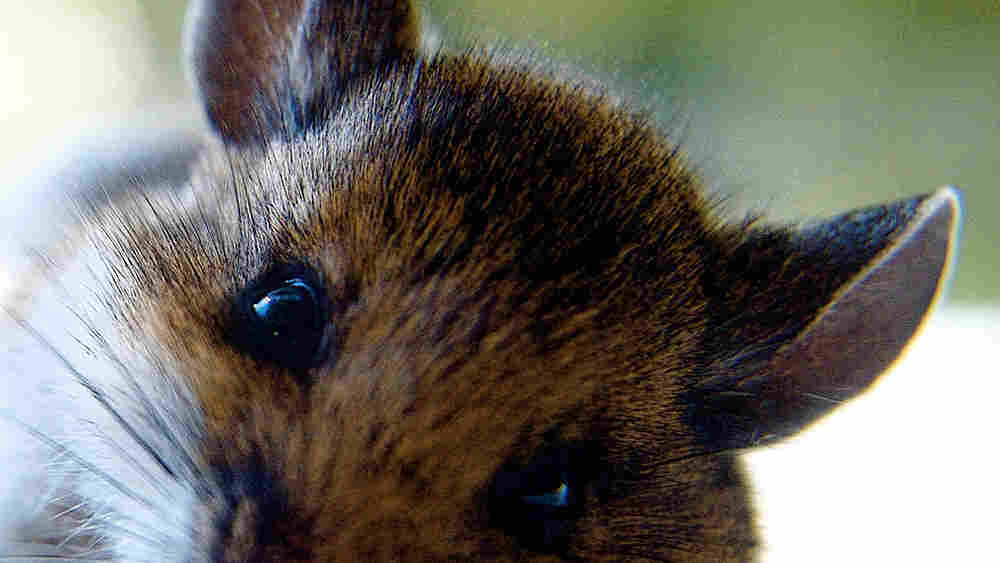 Barb Smuts: I was back home in Michigan and I was camping. I was walking through the forest ... and then I stopped walking and just stood still, um ... I just wanted to experience the forest around me. And after I had been standing for a while, I heard this little rustle in the leaves. Then out popped this little mouse. I'll call her she. I don't know whether it was male or female. She was a couple feet from me, which was pretty close. I thought that as soon as she sees me, she's going to take off. So I tried to stay very still and very quiet and ... she didn't take off. Instead, she moved until she was just a few inches from my feet. And then she went to sleep. [Laughs]

Robert Krulwich: She went to sleep?

Robert: You mean on you, or just in front of you?

Barb: No, just in front of me. Mmm, just a few inches.

Barb: She was close enough that I could see the really rapid beating of her heart.

Barb: It was just as exciting as encounters I've had with, you know, big sexy animals in Africa.

Barb: It was just so ... so unexpected that a little mouse would feel comfortable taking a nap at my feet. Then she woke up, and she went on with her business.

Robert: She woke up startled and thought, what have I done?

Robert: She just woke up and went huhhhh ...

Barb: No she just woke up, stretched a little bit and then went off on her way.

Robert: So that was just your nap with a mouse?

No big whoop, as they say in my neighborhood, just your average little-mammal-snoozes-next-to-big-one story. Barb wrote about this -- and other hard-to-explain "Encounters With Animal Minds" in the Journal of Consciousness Studies.