Accessibility links
An Oldie Is New Again: High-Tech Soap Box Racing Since 1934, people have competed in the All-American Soap Box Derby in Akron, Ohio. But in the past six years, a special race has allowed some competitors to showcase high-tech cars. Organizers hope this new angle to soap box racing will help reinvigorate the graying pastime. 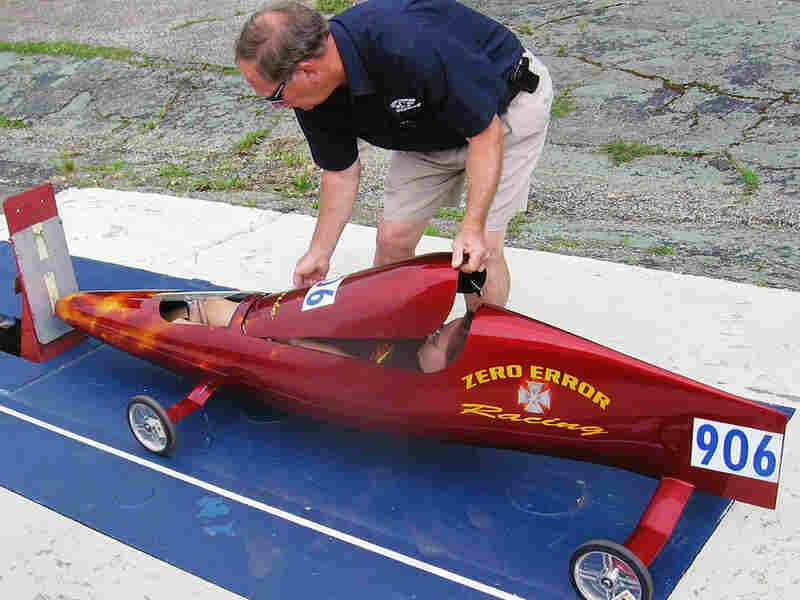 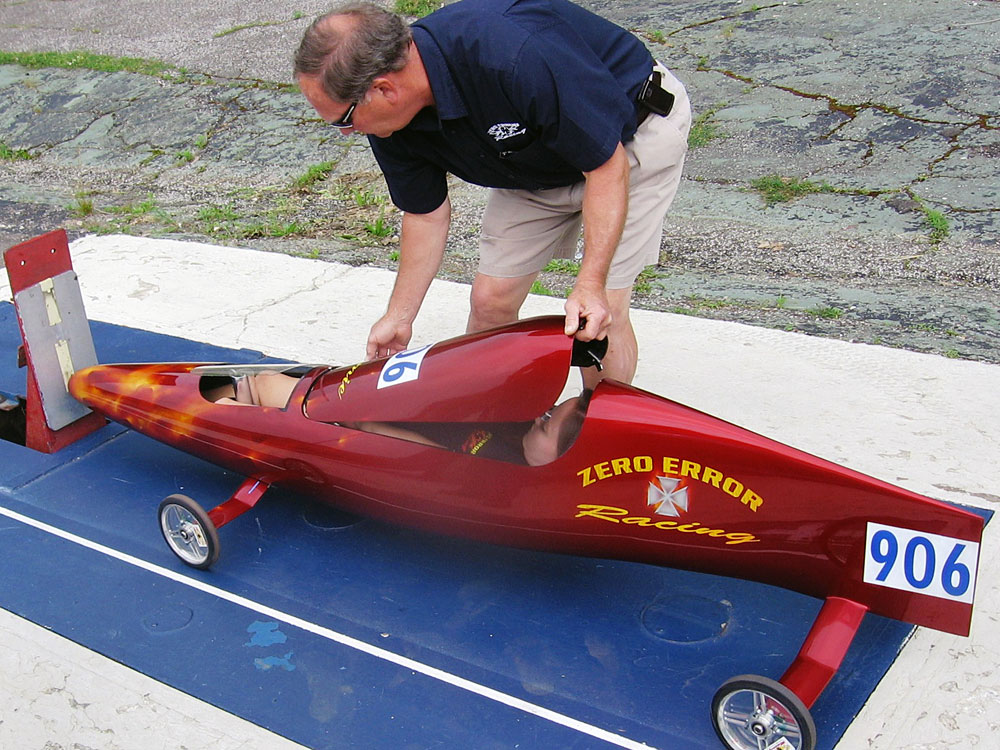 Dave Berndt closes up the fuselage on his daughter Jamie's racer. The tight fit helps racers be more aerodynamic.

The All-American Soap Box Derby has been around since 1934. Contestants race home-built cars pulled by nothing more than gravity. But for the past six years, a special part of the competition has been set aside for high-tech derby cars.

At a precision machine shop in Sharon, Pa., computer-guided milling cuts high-tensile titanium bushings to within hundredths of an inch.

And if they're milled exactly right, the bushings do their silent work and smooth the roll of alloy wheels on a world-record gravity racer flashing through a test run at Derby Downs in Akron, Ohio.

This is not your grandfather's soap box derby car.

To encourage innovation in the new century, derby organizers created an open-class competition in 2004 called Ultimate Speed Challenge. All but basic size, weight and safety rules are set aside.

Drivers are older, up to 20, and teams with crew chiefs are involved.

The result: missile-like racers with speeds approaching 40 miles an hour.

Derek Fitzgerald is a crew chief for the Ultimate Speed race, and he uses high-tech design help such as wind-tunnel testing.

Over New Year's, Texas A&M let him and a bunch of other derby people use its wind tunnel free of charge, Fitzgerald says. "We tested all of our cars, took coefficients, found out a couple of unique things that we tested. And then, in the end, we published all of the data."

He says he's seen some high-tech breakthroughs show up elsewhere. 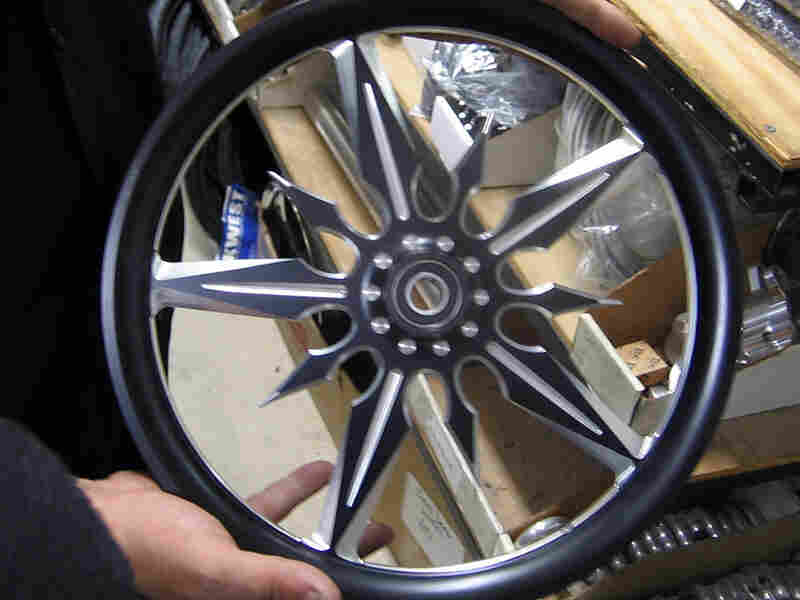 Among the modifications allowed for the high-tech division of the All-America Soap Box Derby are custom-made wheels with titanium bushings. Tim Rudell for NPR hide caption

He started investigating rubber with some people from Carnegie Mellon. The collaboration emerged with "the least-rolling-resistance rubber wheel in the world," Fitzgerald says. "And last year we came out and broke the record ... and won."

Low-friction compounds have been tested on derby cars by Goodyear. And now tires with low-resistance technology are coming into use worldwide.

Jamie Berndt is ready for another test run. She wiggles into the tiny fuselage -- its gleaming lacquer looks like roiling fire at the nose, and it tapers to the color of wine at the fin-shaped tail.

As her crew makes final adjustments, she and her father discuss why they've built derby cars for nearly a decade. "It's just something really fun to do with my dad and my mom, and I've met a lot of people that I still talk to," Jamie says.

Dave Berndt says that derby racing has also brought about the added bonus of scholarships for Jamie.

Recapturing youthful enthusiasm may be critical for the derby. Even before corporate support collapsed with the economy, it was graying. Organizers hope a turn toward high-tech will spur inventiveness, competitiveness and, maybe, just help make the old derby young again.