Accessibility links
Cash Business In Gulf Makes Compensation Difficult In a system that operates primarily in cash, fishermen, seafood buyers and others in the Gulf may have trouble collecting compensation for the oil spill without documented proof of work. 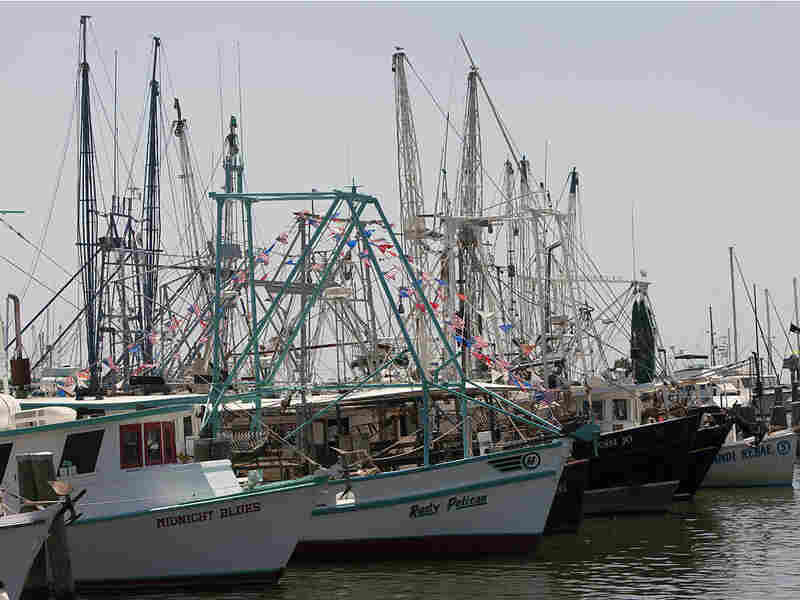 Shrimp boats sit in the Pass Christian Harbor in Pass Christian, Miss. Many fishermen, seafood buyers and others in the Gulf operate with cash, which may cause problems when they cannot present the documents needed to receive government compensation. Dave Martin/AP hide caption 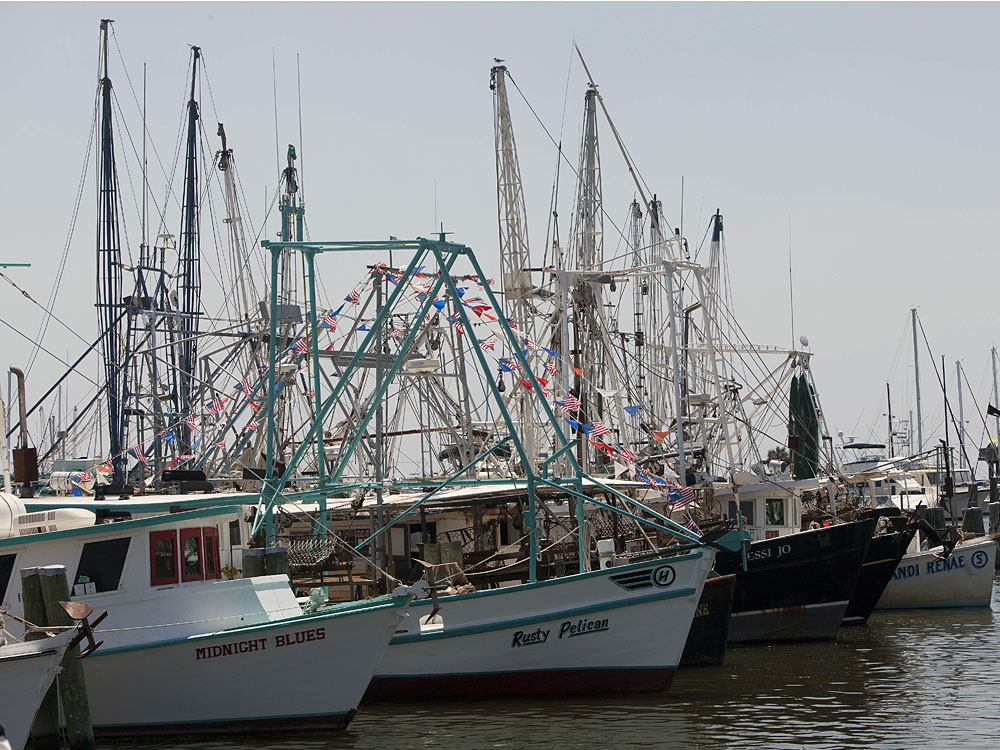 Shrimp boats sit in the Pass Christian Harbor in Pass Christian, Miss. Many fishermen, seafood buyers and others in the Gulf operate with cash, which may cause problems when they cannot present the documents needed to receive government compensation.

Cash is king in the Gulf fishing industry. And many fishermen and residents say a large, if unquantifiable, amount of the Gulf Coast's economy operates with cash. It's a segment of the economy that, for generations, has been kept in the shadows of the Internal Revenue Service.

That's a sore subject now. Since the oil spill began, many of the fishermen haven't been able to work. And they want to collect payment from the $20 billion compensation fund BP set up.

Bobby Barnett is a veteran fisherman in Pass Christian in southern Mississippi. The waters there are mostly closed for fishing. But normally, Barnett would be catching oysters and shrimp, and selling them at the dock.

Some of that income is in documents. But "we sell a lot of cash -- cash shrimp," Barnett says.

Danny Lee is a representative of Boat People SOS, a Vietnamese-American community group that, along with other similar nonprofits, offers free legal advice for fishermen in Biloxi, Miss.

"Basically it's a cash business, and they don't keep track of how much they're selling," Lee said. "But the big concern is they don't know how they can come up with the proper documentation to show they have a certain income."

Not paying taxes is, of course, illegal. But St. Bernard Parish President Craig Taffaro says it would be unfair to penalize the fishermen now for past misdeeds.

Taffaro, who was at a recent open house for parish residents in Chalmette, La., would like to see Washington implement a tax amnesty program for oil spill victims who've been operating under the table.

Chad Lauga, a political director for a Louisiana AFL-CIO chapter

He says it would be an opportunity for people who haven't declared their income to collect payment in exchange for coming clean.

"You get in the game -- you get financially compensated for your losses," Taffaro says. "But now you're in the system, and now you're going to have to live by all the tax codes that everyone else lives by."

Chad Lauga, a political director for a Louisiana chapter of the AFL-CIO, says the cash ecosystem extends far beyond just the fishermen and shrimpers. Seafood buyers at the docks, for example, offer more per pound if they can pay fishermen with cash.

"So if [the dock buyer is] avoiding his taxes by paying this shrimper with cash, and the shrimper [is] saying, 'Man, I'm getting more money for my product if I take cash' -- Well, I mean, it's a no-brainer what everybody's going to do," Lauga says.

That's not all, Lauga says. Many lawn workers and boat repair people are also mostly paid in cash and therefore don't get 1099 tax forms in the mail at the end of the year.

As a taxpaying citizen himself, Lauga says he doesn't think skirting taxes is right. But he also doesn't want to see his friends and neighbors go to financial ruin because they can't collect from BP. Lauga has talked to members of the Louisiana Legislature about this, but he is not encouraged.

Kenneth Feinberg, who now runs the independent, $20 billion oil spill compensation fund, says that by law, he cannot offer amnesty himself to those who can't document their income.

"If Congress wants to modify the tax law to provide for such payment, that's fine with me," Feinberg says. "I just have to make sure the facility is complying with all applicable laws."

Until now, all the compensation checks have been for initial, emergency payment, with only minimal documentation required. And so far, Feinberg says he hasn't fielded requests for compensation from people with undocumented cash income. As the fund starts to focus more on longer term compensation, he says, that might change.