Accessibility links
Movie Review - The Agony and the Ecstasy of Phil Spector In The Agony And Ecstasy Of Phil Spector, director Vikram Jayanti interviews the eccentric music producer in an attempt to unravel the man's contradictory reputation. Initially famous for his production work on such classic songs as "Be My Baby," Spector made headlines more recently when he was tried for the murder of actress Lana Clarkson. 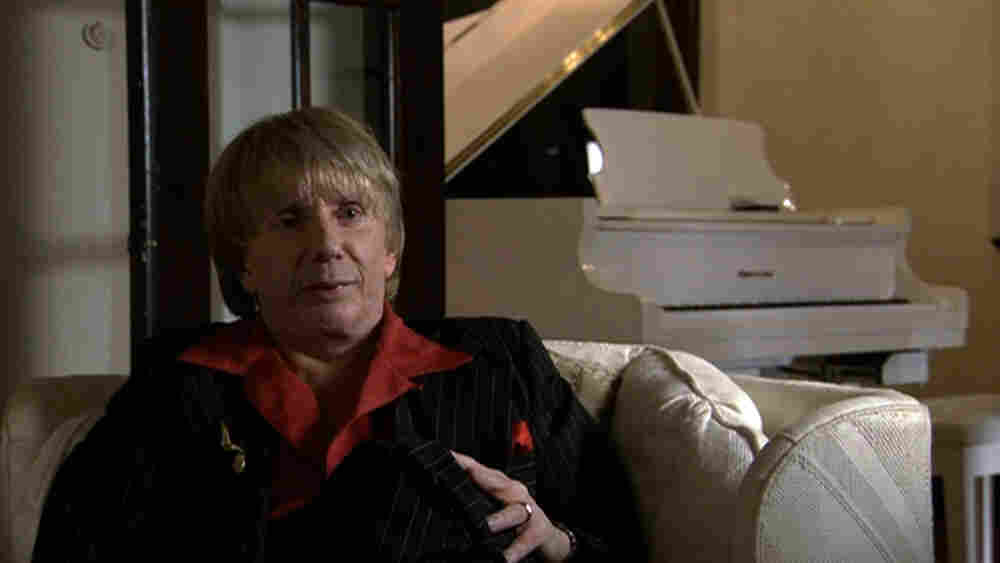 The Agony And Ecstasy Of Phil Spector

'I Dared To Be Different'

Were it not for the two murder trials of music producer Phil Spector -- he of the Wall of Sound and the spectacularly big hair -- it's unlikely that Vikram Jayanti's made-for-British-TV documentary about him would ever have made it into American movie theaters.

Then again, The Agony and the Ecstasy of Phil Spector makes fascinating viewing despite its clumsy bombast: Spector, charged in November 2003 with murdering B-movie actress Lana Clarkson, is one of the music business's great eccentrics (or mad geniuses, depending on who's talking).

Given that Jayanti also produced Leon Gast's terrific 1997 doc When We Were Kings, about the historic 1974 "rumble in the jungle" between boxers George Foreman and Muhammad Ali, it's puzzling that this new movie feels so slapped together. Jayanti brought onboard the daring cinematographer Maryse Alberti (The Wrestler), but she doesn't have much to do: Much of the film consists of dull footage from the first trial, which resulted in a hung jury. Often the sound gets muted, the better to focus our attention on portentous subtitled commentaries -- "The abiding source of his inspiration was abandonment and loneliness" -- taken from Mick Brown's biography of Spector.

The trial scenes, meanwhile, are shamelessly edited to suggest Spector's innocence, and punctuated by songs and clips from his oeuvre that spuriously underscore his predicament. Those who followed the trial on TV will be familiar with the innumerable courtroom shots of the accused staring glumly into space from under one of his bizarre fright wigs or grinning -- not without reason -- at the subpar rhetorical skills of the prosecutor. 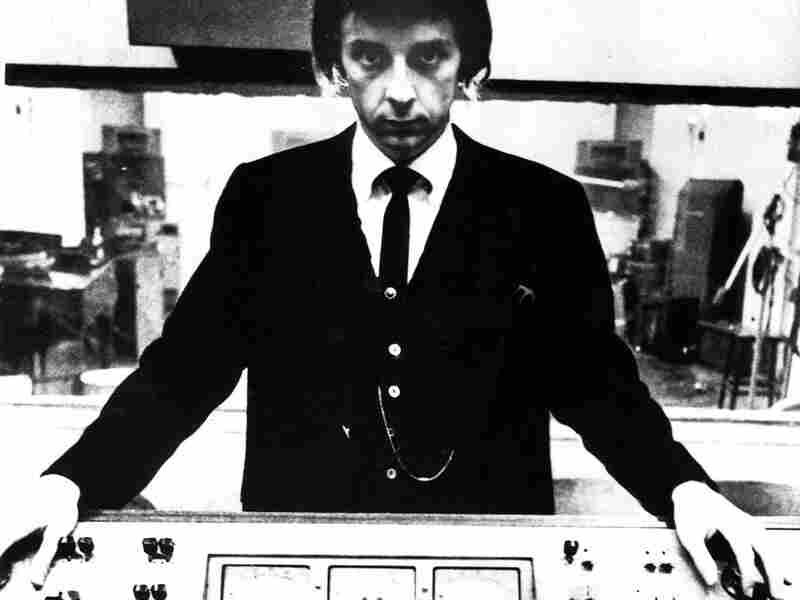 Ups And Downs: Spector was one of the most sought-after producers of the 1960s, working with everyone from Ike and Tina Turner to The Beatles. In the '70s, following a near-fatal car accident, Spector withdrew from the public eye; he had worked sporadically since. hide caption 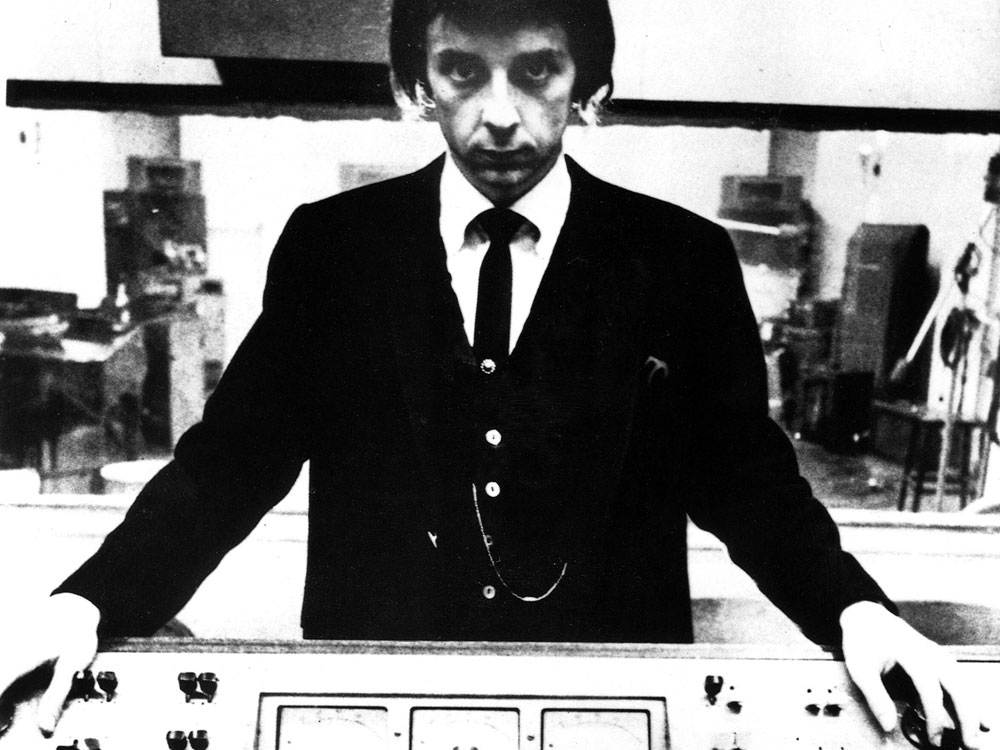 Ups And Downs: Spector was one of the most sought-after producers of the 1960s, working with everyone from Ike and Tina Turner to The Beatles. In the '70s, following a near-fatal car accident, Spector withdrew from the public eye; he had worked sporadically since.

But if the very mention of "Da Doo Ron Ron" or "Be My Baby" or "Rose of Spanish Harlem'" sends chills down your back, you will thrill to Jayanti's interviews with Spector, seated in the living room of his baroque Alhambra castle in front of a suit of armor and hard by a gleaming white piano whose provenance becomes enchantingly clear late in the film. If Spector presents as a possibly medicated zombie during the trial, he's focused, passionate, astute and dryly witty one on one and talking about music. And this despite softball, sometimes downright daft leading questions from the director, of whom the best that can be said here is that he's no Albert Maysles.

"It sounds as though people who should have treated you well treated you like s- - -," Jayanti says, going on to ask the 70-year-old Spector if he misses his father, who committed suicide when his son was 5 years old. Spector patiently submits to these inanities, as he does to the bland celebrity-bio connections Jayanti draws between his affinity for outsider art and his childhood as a poor schoolboy in an affluent middle-class Jewish community.

No matter: There are war stories and anecdotes to spare. In the 1960s Spector helped bring black voices, among them The Ronettes and Ike and Tina Turner, into mainstream pop -- so much so that it may come as a shock to the inattentive to learn that The Righteous Brothers, who put such velvety soul into "You've Lost That Lovin' Feeling," were white. The producer's hilariously dead-on imitation of John Lennon's adenoidal Liverpool whine -- and his account of putting together The Beatles' farewell album, Let It Be, when no one else could because the bandmates and their handlers were feuding -- are worth the keys to Hollywood mansions.

Spector can be grandiose -- he blithely compares himself to da Vinci -- and petty. (He jabs mercilessly at Bob Dylan, Martin Scorsese and Brian Wilson, whose reputations will probably outlive his own.) As a producer, though, he knew how to become a chameleon, to blend in enough to bring the work of others to life.

To know him is not necessarily to love him. But for those who came of age in the 1960s, that symphonic Wall of Sound became an aural analogue for the totalizing moods of adolescence -- a heady emotional liberation that would shortly turn political and define a generation. Most of that generation, mercifully, would meet a fate a lot less tragic than that of the man who inspired them, currently doing 18 years to life.