Accessibility links
Kagan Quizzed About Thurgood Marshall's Record The first African-American Supreme Court justice has played a prominent role in confirmation hearings for Kagan, who served as his law clerk. On Kagan's first day on Capitol Hill, Marshall's name came up more than 30 times. Most of the name-dropping came from Republicans, however, who did not describe Marshall favorably. 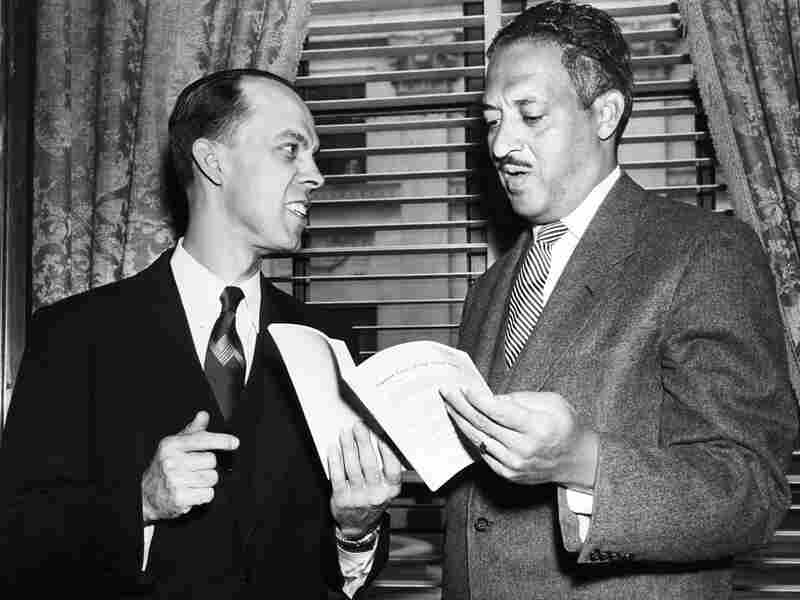 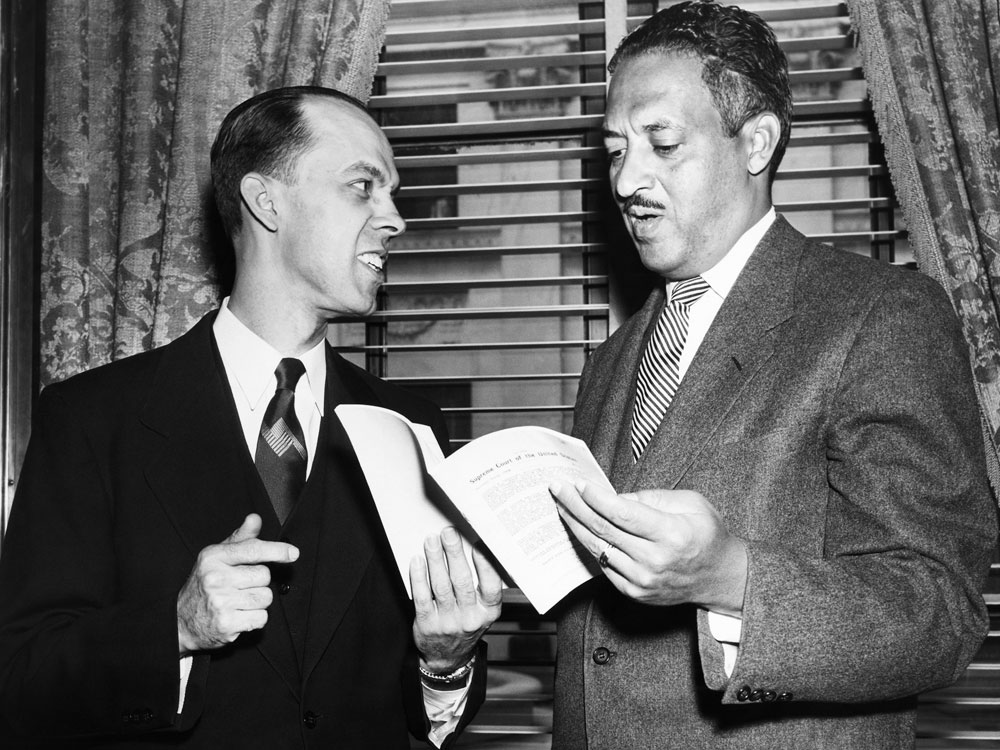 Thurgood Marshall and Spottswood W. Robinson III confer shortly before Marshall asks the Supreme Court to decree that separate schools for black and white children must end with the new school term in September 1955.

One Supreme Court justice has been playing a prominent role in the Elena Kagan confirmation hearings, and he died 17 years ago: her mentor, Thurgood Marshall.

Kagan served as a law clerk for the jurist. On the first day of confirmation hearings for Kagan, Marshall's name came up more than 30 times.

Most of the name-dropping came from Republicans, however, who did not describe Marshall favorably.

"It's clear that he considered himself a judicial activist and was unapologetic about it," said Sen. John Cornyn of Texas. "He described his judicial philosophy as quote, 'Do what you think is right and let the law catch up,' " Cornyn said.

Marshall As The Enemy?

He made his name as a lawyer, successfully arguing the case that desegregated American schools, Brown v. Board of Education, in the Supreme Court. Later, he became the first African-American Supreme Court justice.

Many African-Americans "think of Thurgood Marshall as being an even more important figure than the Rev. Martin Luther King Jr.," says David Bositis, an expert on African-American voters and politicians at the Joint Center for Political and Economic Studies." 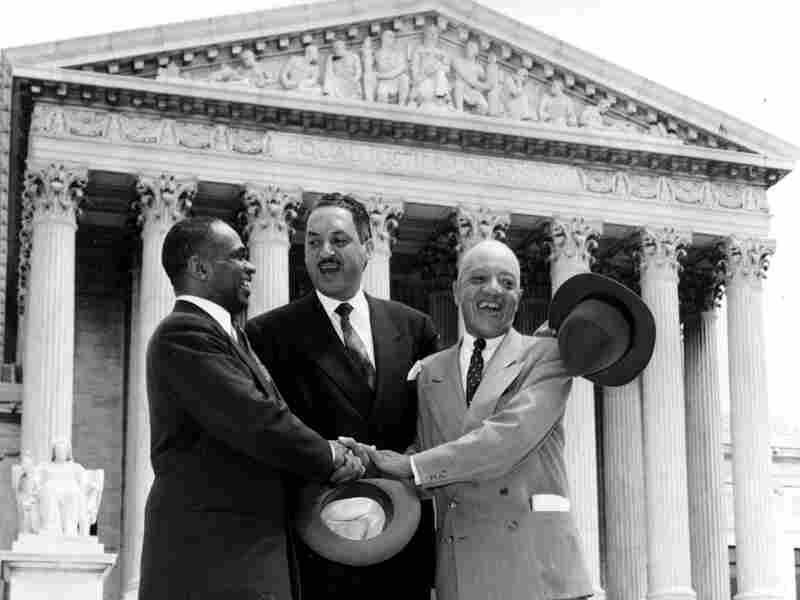 Thurgood Marshall with George E.C. Hayes (left) and James M. Nabrit (right) outside the Supreme Court building on May 17, 1954. The three lawyers had just led the fight for abolition of segregation in public schools before the Supreme Court, which ruled that segregation was unconstitutional. AP hide caption

Bositis has a hard time understanding why Republicans would paint Marshall as the enemy.

"I cannot imagine who mobilized this," says Michael Greve, a scholar with the American Enterprise Institute. "It makes your jaw drop. At least mine," says Greve, who adds that Kagan has such a slim record that Republicans have decided to go after her mentors instead.

It's just bad luck for the Republicans that the man Kagan clerked for 25 years ago was a civil rights legend.

You can laud his accomplishments both personally and professionally, but still question whether or not he approached the law in an objective fashion.

Robert Alt of the Heritage Foundation

Alt says it's appropriate for senators to ask what Kagan meant when she described Marshall's view of the law as "a thing of glory."

"You can laud his accomplishments both personally and professionally, but still question whether or not he approached the law in an objective fashion," Alt says.

Will Their Strategy Backfire?

It may be a risky strategy, and Democrats think Republicans have already crossed a line.

"I think it's gonna backfire on them to be honest with you," says Rep. Mel Watt (D-NC), who is also a member of the Congressional Black Caucus.

"I don't think it does the Republican Party any good to out of one side of their mouth say they're trying to cultivate a more pluralistic party, and then go all the way to the other extreme and take just the opposite tack in this confirmation process," Watt says.

But Republicans did not change their strategy from Day 1 to Day 2.

"Do you believe then that he would have agreed with Justice Roberts that if the big guy has the law on his side, then the big guy wins, and if the little guy does, then the little guy wins?" Kyl asked. "Or would he have expressed it more along the lines that some of my colleagues have here, that there's too much agreement with the corporate interests and big business, as one of my colleagues put it?"