Accessibility links
Once A Critic, Obama Now Embraces Commissions In the history of federal commissions, few aside from the 9-11 Commission produced concrete policy results. Yet panels are convened all the time. President Obama, who derided their use during his presidential campaign, has created several to tackle big problems. The challenge will be getting their recommendations enacted. 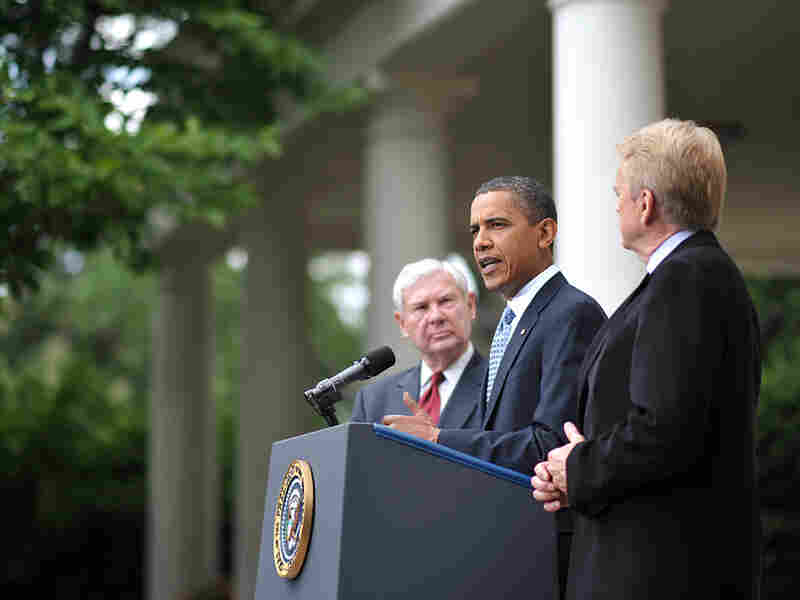 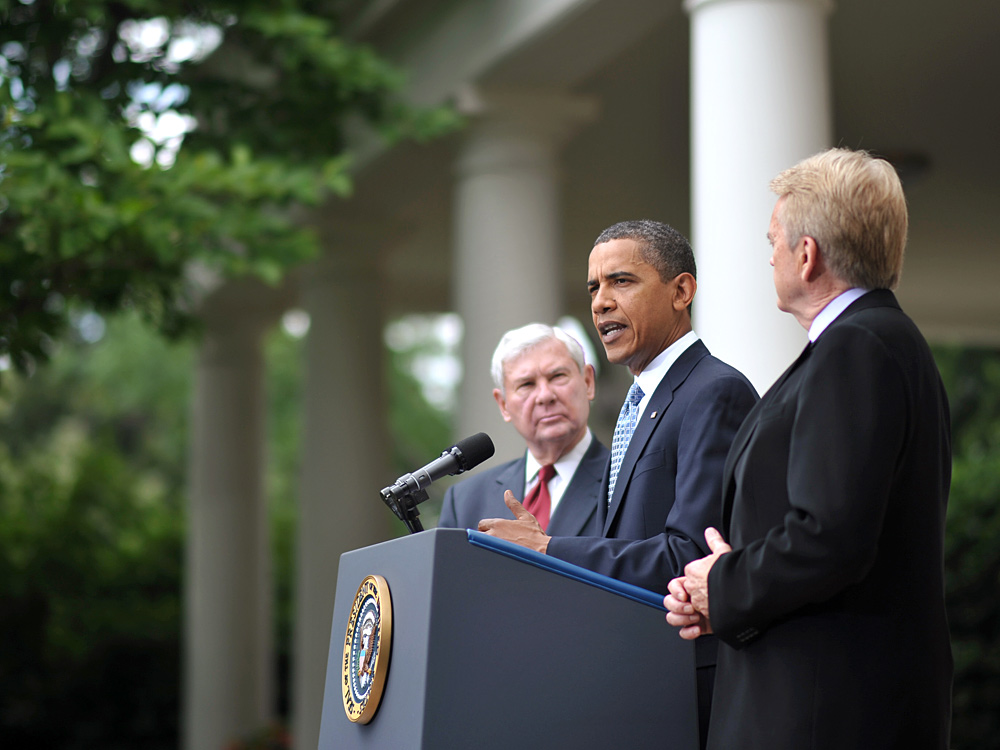 President Obama's commission on the federal deficit has until December to come up with a plan for reducing deficits. But there's no guarantee of what will happen to those recommendations.

In fact, in the history of federal commissions, task forces and blue ribbon panels, one body stands out. Here's a hint: It is the only commission in the history of the federal government whose final report was both nominated for a National Book Award and mentioned on The Daily Show with Jon Stewart.

"The Senate joined the House in responding to the 9-11 Commission's findings by approving a bill to completely reorganize America's intelligence community," Stewart said on the show. "And all it took was three years of constant hounding by grieving widows."

The 9-11 Commission is the valedictorian who makes all the other students feel inferior.

"The 9-11 Commission is unusual in that many of its recommendations were in fact adopted," says Steven Aftergood, who directs the Project on Government Secrecy at the Federation of American Scientists.

"I have shelves here in my office full of commission reports on government secrecy dating back 50 years that produced no policy consequences whatsoever," he says.

Some of those reports deserve to have a wider audience -- others, not so much.

"Commissions are really used on every topic imaginable," she says, "from Arctic research and things that you've never heard of to major public policy scandals and controversies of the day, like the current oil leak in the Gulf.

"They're almost worthless in terms of policy impact, but they have tremendous political value, which is why presidents and members of Congress keep using them," Zegart says.

As a presidential candidate, Barack Obama described the political value of a commission at a campaign event in 2008, just after the economy took a nosedive.

"Sen. [John] McCain's big solution to the crisis we're facing is -- put on your seat belts -- a commission," he said. "A commission. You know, that's Washington-speak for 'we'll get back to you later.' "

But, Zegart says, "There's a reason 'I'll get back to you later' is helpful in Washington: because the president always has too much on his plate and not enough time to devote to each issue."

So, now that he's in the White House, Obama is less dismissive of commissions. He has created several of them. In creating the commission investigating the BP oil spill, he said, "The purpose of this commission is to consider both the root causes of the disaster and offer options on what safety and environmental precautions we need to take to prevent a similar disaster from happening again."

In addition to the commission on BP and the one on the deficit, the White House has created a commission on America's nuclear future and another to study the potential creation of a national museum of the American Latino.

"I would expect if trends continue that President Obama will rely on commissions even more than his predecessor," Zegart says, "because commissions tend to be used more when the existing bureaucracy can't solve a problem."

Because many of the country's problems today are complex -- from the sluggish economy to counterterrorism -- Zegart says, it's normal for the executive branch to use commissions and other "extra-governmental measures" to try to tackle them.

So, six months from now, will the reports by the deficit commission or the BP commission shake the world? Or will they disappear in the graveyard of commissions that have come and gone?

As candidate Obama said, "We'll get back to you later."