Accessibility links
The New Republic: The GOP's New Diversity There is no denying the new diversity of this year's GOP candidates. For Neera Tanden of The New Republic what will be more interesting is whether it will bring with it any substantive changes for the party and the ideas that it promotes. 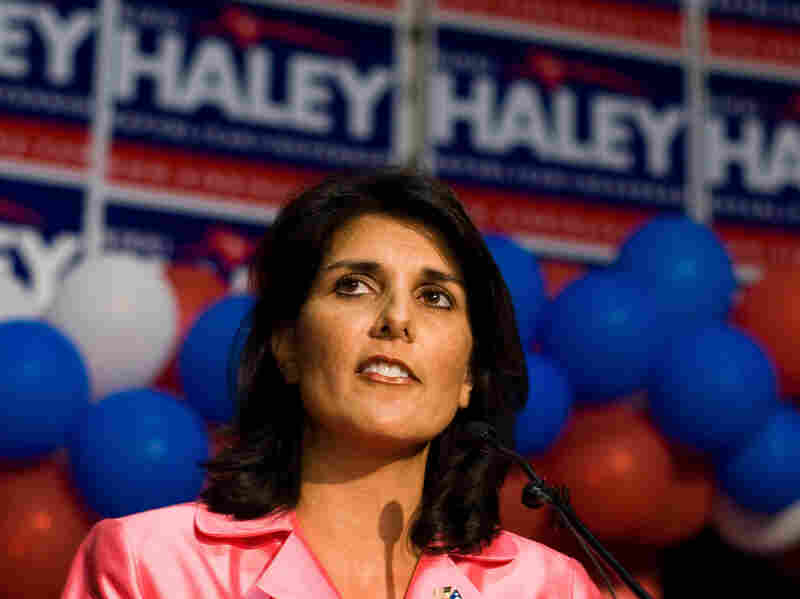 Nikki Haley's story is the story of how immigration can enrich our country. Yet many of Haley's supporters are vehemently opposed to inclusive immigration policies Chris Keane/Getty Images hide caption 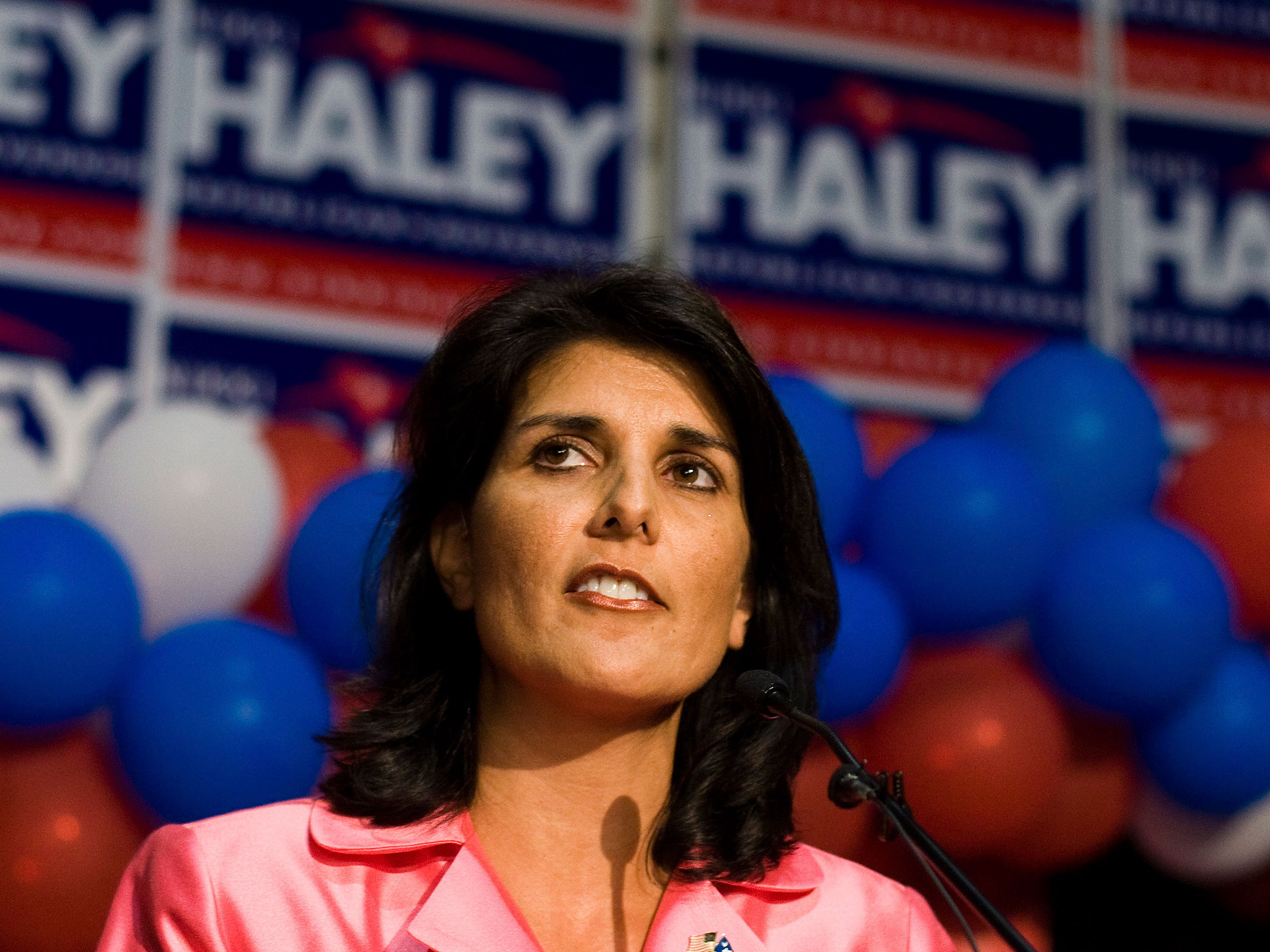 Nikki Haley's story is the story of how immigration can enrich our country. Yet many of Haley's supporters are vehemently opposed to inclusive immigration policies

Neera Tanden is the chief operating officer of the Center for American Progress. She served in the Obama and Clinton administrations.

There has been much written about the new diversity of this year's GOP candidates, who include several women, African Americans, Hispanics, and other ethnic minorities. Frankly, for those of us who have argued that diversity is an asset in the classroom and the boardroom, it's hard to argue that it's not a positive development for the Republican Party. I may disagree with Nikki Haley, this year's GOP poster child, on every substantive issue, but the fact that a woman who is also Indian-American won the Republican nomination for governor of South Carolina is a big step forward. After a decisive victory in the primary, despite the now-infamous "raghead" comment and other intolerant opposition to her candidacy, Nikki Haley is a serious contender to run the state that produced Strom Thurmond and supported his racist, misogynistic leadership for half a century. Her nomination is a sign that times are changing -- that it's getting a bit easier for my children to imagine a world where they could be a governor or even president. And I'm proud of her accomplishment.

What will be more interesting, however, is whether a new diversity in the GOP will bring with it any substantive changes for the party and the ideas that it promotes. Will it adjust its views on issues central to the narratives of its sundry up-and-comers? So far, all signs point to "no," as this year's slate of Republican candidates often serves to highlight ironies within the GOP.

Let's consider the issue of immigration. Nikki Haley is the daughter of two parents who came to the United States for a better life for their family. Dr. Ajit and Raj Randhawa immigrated from Amritsar, India, and they are entrepreneurs who have created a multimillion-dollar business. By any measure, their story is the story of how America's liberal immigration policies enrich our country. Or, put another way, Nikki Haley's story -- including her political rise -- is the story of how immigration can enrich our country. Yet the Tea Party movement, which has supported Haley, is vehemently opposed to inclusive immigration policies; some Tea Partiers have gone so far as to propose a moratorium on legal immigration. Do they not recognize the paradox of supporting Haley while advocating for draconian immigration policies that would prevent people like her parents from building their lives here?

Or consider the separation of church and state. Haley had a Sikh wedding alongside her American one (juggling two is no easy task; I had a Hindu ceremony in addition to an American one). But, during the primary, she had to describe herself several times as a Christian, and she implied publicly that religion was important to her theory of governance. "I believe in the power and grace of Almighty God. I know, and have truly experienced, that with Him all things are possible. I have looked to Him for leadership throughout my career and will continue to do so as governor," she wrote on her website. Do Republicans not realize that Haley's story, again, depended on the religious freedom guaranteed by the constitution? (Or, worse, do they not care?) Will conservatives of all minority religious backgrounds in the United States be compelled to both pledge allegiance to a Christian doctrine and promise to apply it to their governance if they want a spot on the GOP ticket?

Indeed, the GOP still has a long road to hoe before it achieves inclusive politics and policies -- and it doesn't seem eager to move quickly, if at all. I recognize and respect the progress that nominations like Nikki Haley's represent. But the real measure of a leap forward will come when Namrita Randhawa Haley is welcomed by the GOP as warmly as Barack Obama was by Democrats.