Accessibility links
Dave Holland: A Jazz Bassist's Bassist Holland started gigging with Miles Davis at 19 before going on to play with Anthony Braxton. Holland's own body of work is informed by family, which includes the students he mentors. 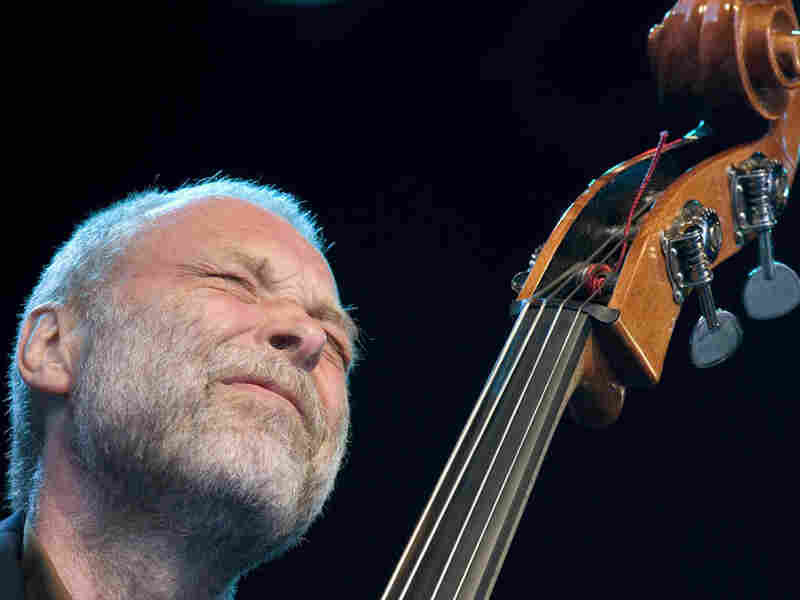 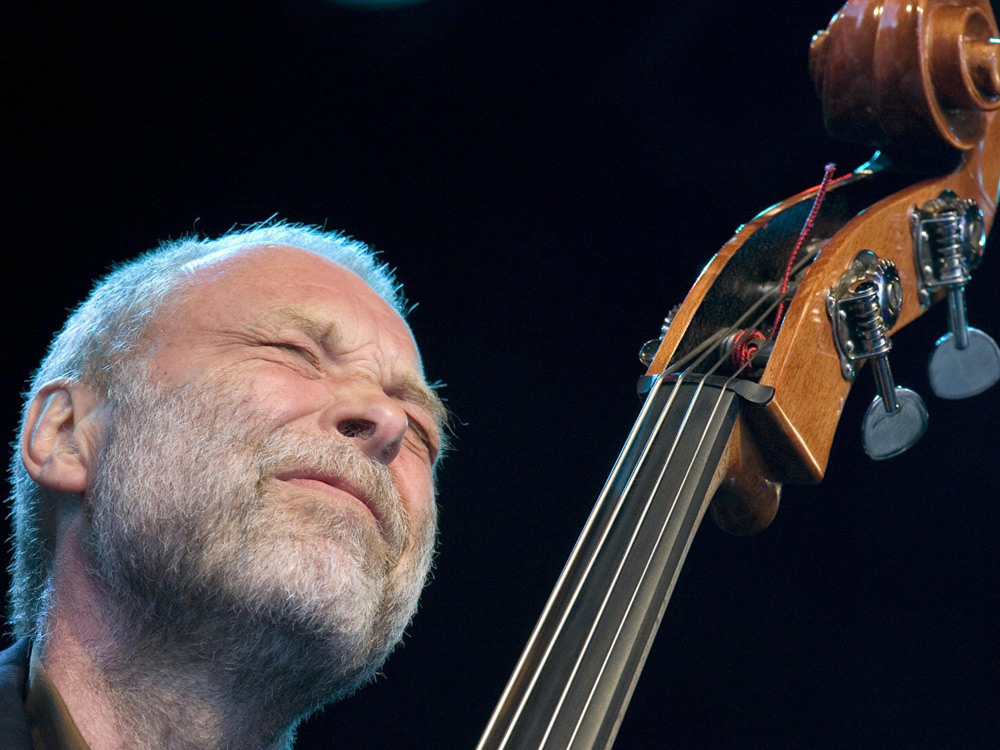 During his nearly 50-year career, Dave Holland has appeared on, he figures, roughly 200 albums.

Jazz bassist Dave Holland is known for the lyricism of his playing, for his mentoring of younger players and for his humility as a bandleader. Holland began his career in England as a teenager and moved to the U.S. on the promise of a gig with Miles Davis. Since then, he's stayed put on these shores, developing a solid career as a jazz bassist's bassist and releasing a prodigious stream of albums.

I met with Holland at his home near Woodstock, N.Y., where his wife Clare doesn't need to stick around for her husband's interview.

"Anyway, I've heard it all before," she says.

And she really has. They met when Holland was a teenaged high-school dropout playing bass with a New Orleans-style jazz band in a British pub.

Dave kisses his wife and granddaughter goodbye. His daughter and manager, Louise, lives just up the road, in the mid-Hudson Valley of New York, close to the Catskill Mountains.

"This is a big part of who I am and plays an important part in what I do, even though it's not, quote, 'a musical thing,' " Holland says. "It's what informs the music and makes me have something to play. All of the musicians when I was young used to always say you had to tell a story when you're a musician. And I never knew what that meant as a young player. But as you get older, you realize that without a story to tell, it means nothing."

Family, friends and fellow musicians are a big part of Dave Holland's story. After going through ukelele and piano, his mother bought him his first real bass after an uncle had made a washtub bass for him.

The Gig Of A Lifetime

By the time he was 19, Holland was playing with the house band at Ronnie Scott's, a legendary jazz club in London, where he got to play with Ben Webster and Coleman Hawkins. It was there that his friend Philly Joe Jones helped Holland get his first big gig. That was the night Miles Davis walked into the club.

"As I was getting on the stand for the last set, Philly Joe came up to the bandstand, grabbed my arm and said, 'Miles has got a message for you: He wants you to join his band,' " Holland says. "I said, 'Come on, you're kidding me,' because Philly Joe is a bit of a prankster. 'No, no, it's serious.' "

This was on a Tuesday, and the gig required him to be in New York City on Friday. He made it, but he still hadn't met Davis.

"So I get up on the bandstand and Miles goes to the microphone and [sings opening notes from 'Agitation'], and the music takes off like a tidal wave," Holland says. "That was the beginning of it all. I just tried to fit in."

It took Holland a little while to figure out that he needed to be himself; to tell his own stories.

"It was only when I started to dig my heels in that I started to realize that's what I needed to do -- that nobody was going to open the door for me, that I had to make some space," Holland says. "I was reading a book at that time, and the passage said, 'Plant your banner firmly in the desert sand.' And I took that to mean that, even if you're in the middle of a desert, that you have to make your identity clear. That night, I went back to the gig and I said, 'It's not about them inviting me; it's about me showing who I am.'"

Two years later, in 1972, Holland released the first recording under his own name, Conference of the Birds, with some of the biggest names in jazz at the time, woodwind players Sam Rivers and Anthony Braxton and drummer Barry Altschul.

During his nearly 50-year career as a leader and sideman, Holland estimates that he has played on a couple hundred albums. And just as he was mentored as a young musician -- by the likes of Philly Joe Jones, Miles Davis and Sam Rivers -- now Holland takes young players into his bands.

One of them is saxophonist Chris Potter, who has worked with Holland for more than a decade. One thing he says he's learned from Holland is determination.

"I don't think he ever expected the level of success or anticipated -- I think he was just doing his thing and he was determined to do it, no matter if it was five people in the audience or 5,000," Potter says. "But it's very gratifying to see someone who really has that much depth and that much commitment to it -- to see him follow though and see it pay off."

Potter plays on Holland's latest release, Pathways, the fourth on the bandleader's own label. Holland says the music reflects something he learned more than 30 years ago from Sam Rivers. Rivers told the young bassist: Play all of the music. Find a way to use it all.

"And it can all be made part of one big statement. It's got many facets that represent my experiences as a player," Holland says. "I want to try to create a body of music for the band to play that we can explore all of these things -- not leave anything out."