Accessibility links
New Commander, New Questions About Rules Of Engagement For U.S. Troops In Afghanistan Soldiers in Afghanistan complain that cautious rules of engagement sometimes put them at risk by preventing them from firing on the Taliban. Officers say the practice is saving the lives of innocent civilians and helping win the support of locals. Still, troops are looking to their new commander, Gen. David Petraeus, to see if the rules will change. 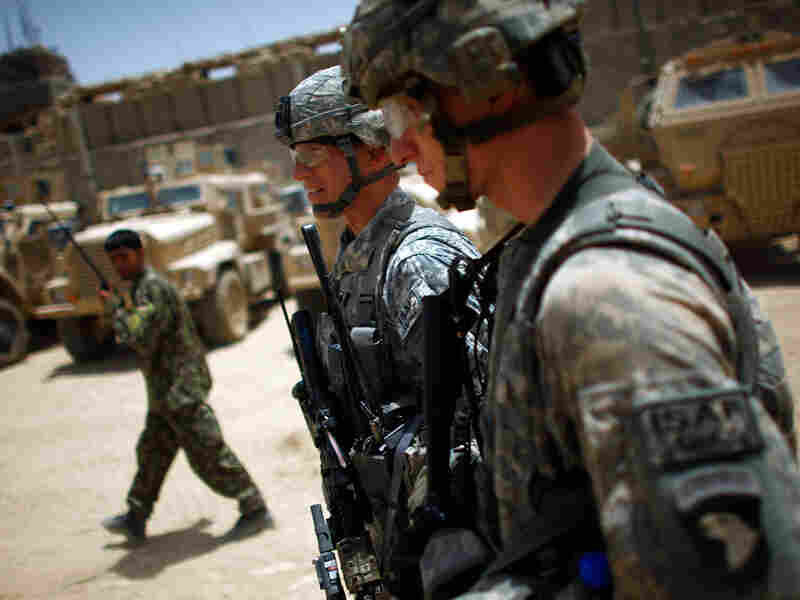 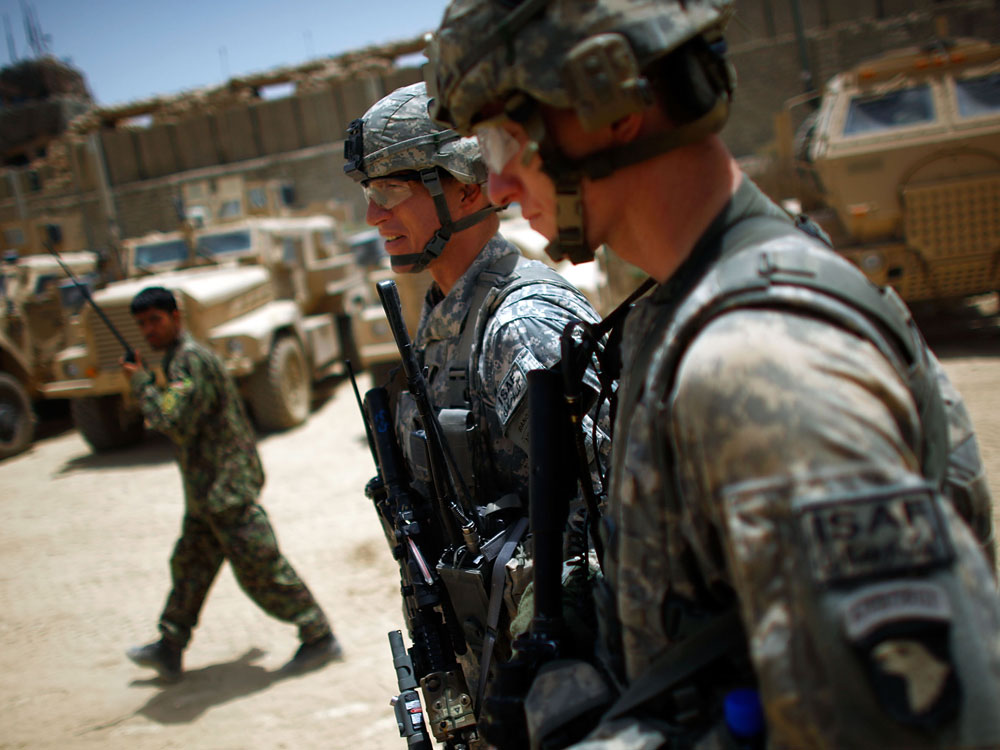 At a combat outpost north of Kandahar city, Army Capt. Jeffrey McKinnon peers over a wall of sandbags and points to a location 100 yards away, a tangle of grapevines, trees and brush.

"We found an enemy fighting position there about three days ago. They shot at our tower -- very brief. I think they were actually test-firing one of their weapons," says McKinnon of the 101st Airborne Division.

But the Americans didn't return fire. "We actually didn't see it, that's why we went and patrolled over there" to find the source of the gunfire, McKinnon says.

By the time they got there, the Taliban and their weapons were gone.

In another incident, taking fire from another Taliban position at a crumbling mud compound, the Americans were able to shoot back.

We can't engage until fired upon, and it's not really giving us a fair chance, I don't think.

"That contact was pretty sustained, a good 10 or 15 minutes. And we fought them off of that," McKinnon says.

The difference in the two situations? In the latter, McKinnon says, his forces could "see all the way through that thing," making sure there were no women and children in the compound.

The rules of engagement -- when and under what circumstances troops can fire on an enemy position -- require that soldiers see the enemy, or innocent civilians, before they decide to shoot.

The rules are strongly debated among U.S. soldiers and Marines in Afghanistan.

The man recently ousted as the top U.S. commander in Afghanistan, Gen. Stanley McChrystal, tightened the rules a year ago because U.S. bullets and bombs were causing a high number of civilian casualties. 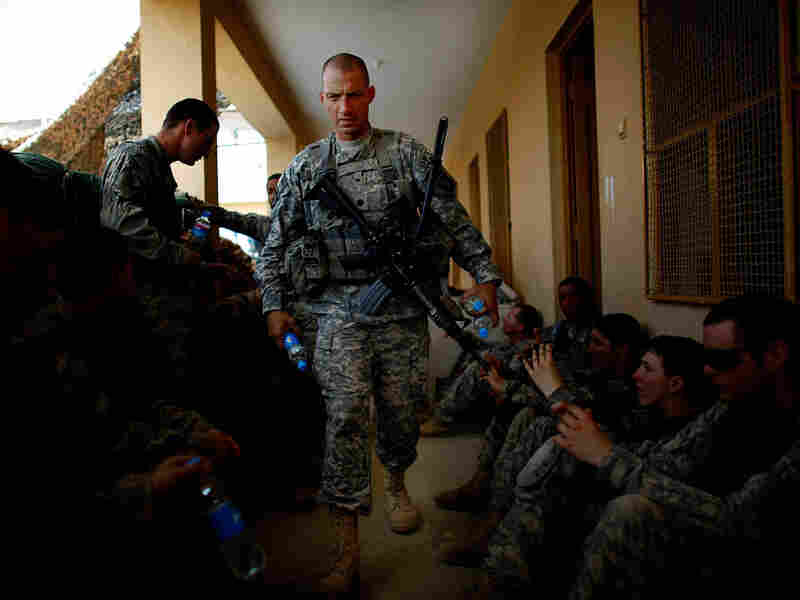 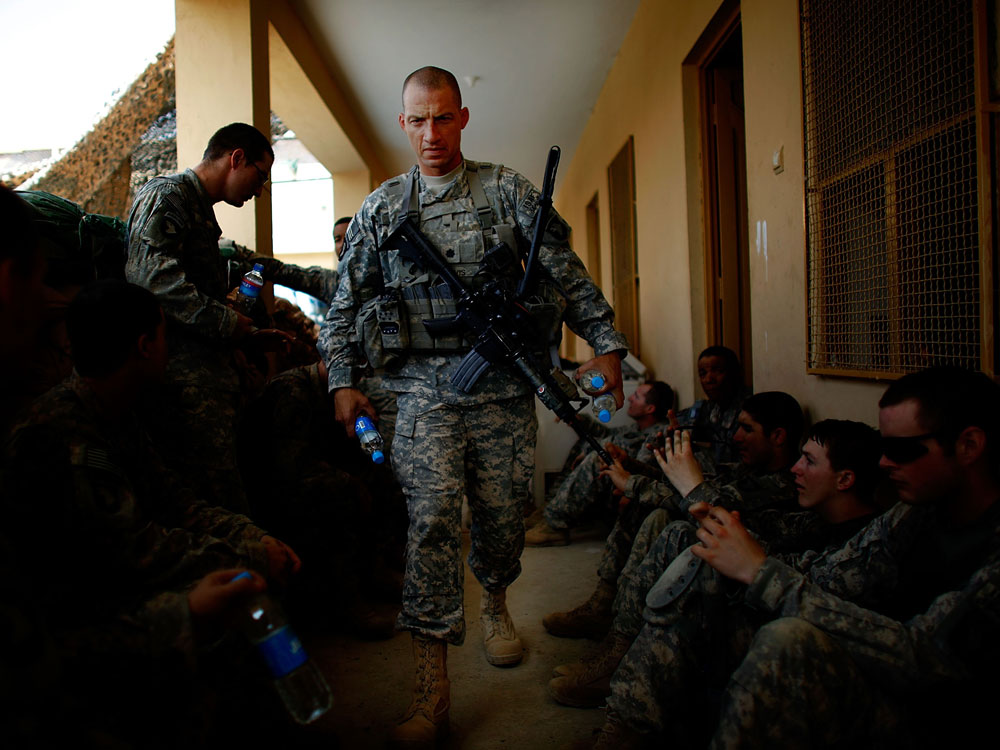 That brought complaints from troops who argued that their hands were being tied against a wily enemy.

McChrystal's replacement, Gen. David Petraeus, whose nomination was confirmed by the Senate on Wednesday, could decide to alter those rules as he reassesses U.S. strategy and tactics in Afghanistan.

McKinnon knows that the cautious approach angers some of his troops.

"The guys down here get emotional because friends get hurt, and we see bad guys every day," he says.

Some soldiers complain that the enemy is being allowed too much freedom of movement. The rules are letting the Taliban slip away, even after they open fire on Americans.

"We can't engage until fired upon, and it's not really giving us a fair chance, I don't think, says Spc. Jeffrey Cole.

We came here to focus on the people.

It is a sentiment expressed more by the privates and corporals in the ranks. Officers like McKinnon and his boss, Lt. Col. Johnny Davis, see it differently.

At the command center, basically a plywood shack, at the outpost, Davis explains that he continually reminds his troops that winning a counterinsurgency means winning over the local population.

"We're not in business of: Hey, we think we hear it coming from this direction, so let's take all our weapons systems, point in that direction and pull the trigger," Davis says.

"We didn't come to look and kill Taliban. We came here to focus on the people," he says. 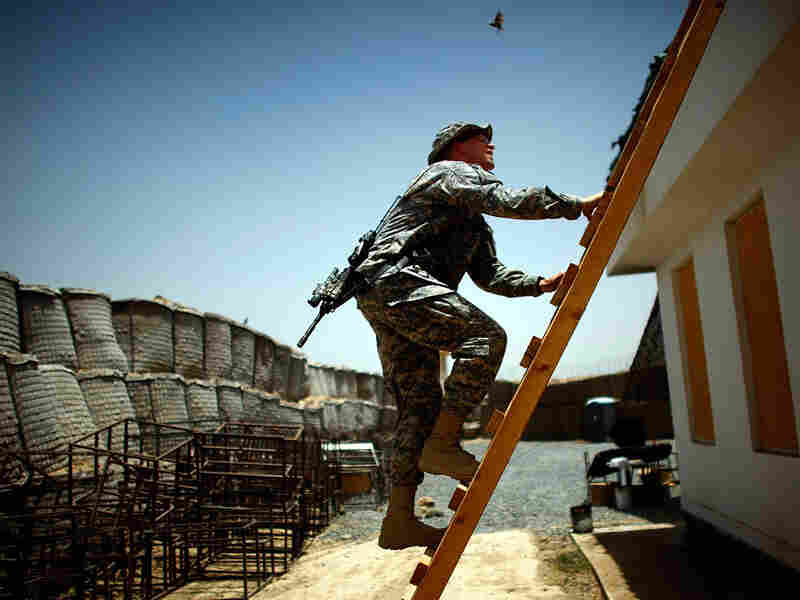 Lt. Col. Johnny Davis climbs onto the roof of a building at a combat outpost in Kandahar province. David Gilkey/AP hide caption 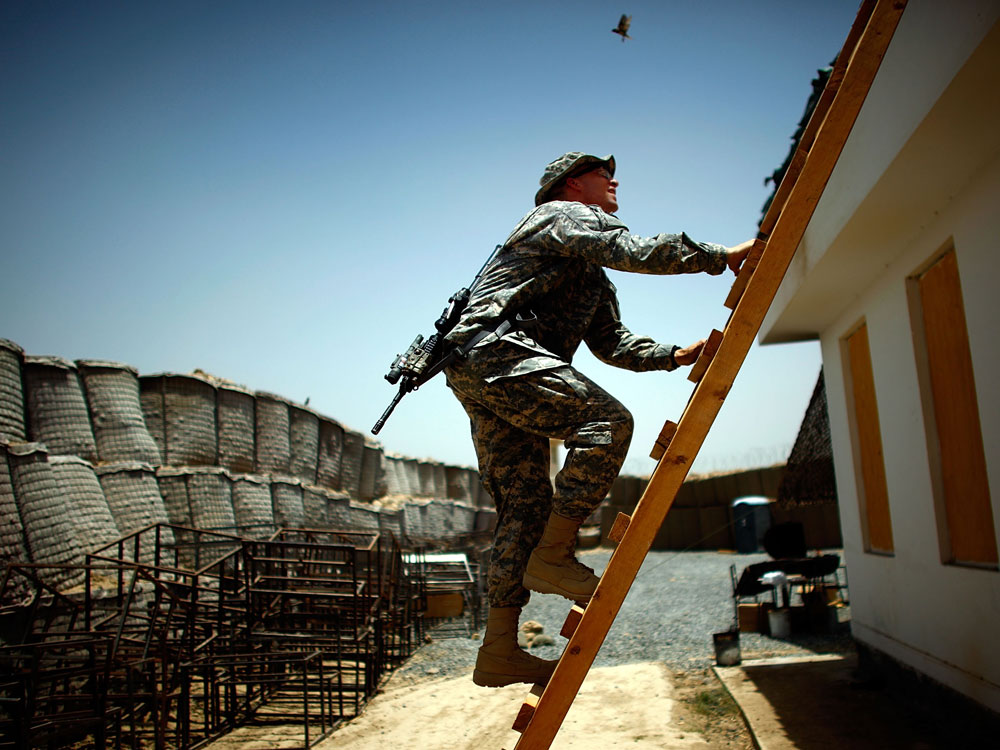 Lt. Col. Johnny Davis climbs onto the roof of a building at a combat outpost in Kandahar province.

"What you want to do is be patient. It doesn't have to be right now. If he is not a threat to you or not giving you effective fire, separate him from the people," Davis says.

Davis knows better than others about the threat. His truck was hit by a rocket-propelled grenade just two weeks ago. Shrapnel tore into his legs and wounded five other soldiers in the convoy.

The Taliban then opened fire with machine guns from behind a line of trees. Army attack helicopters swarmed overhead, but did not fire on the militants because children were spotted in the area, too.

"Remember, this is the harvest season so people are out in their fields working," Davis says.

The soldiers of the 101st Airborne have been watching the area for any signs of Taliban activity for weeks and found a bomb-making team.

Davis feels like he was rewarded for his restraint -- not hurting civilians helped his troops catch the Taliban.

"Just yesterday we captured a three-man team, with the jugs, the command wire," says Davis. "So, that's how you do it. And you have to be patient, and take them out one cell at a time."

Davis and his troops will be in Kandahar another 11 months -- more time to be patient and keep hunting the cells.