Accessibility links
TARP Puts Some Republicans On The Defensive The Troubled Asset Relief Program, which was created under President George W. Bush, is about to end. And many Republicans who voted to pass the Wall Street bailout in the fall of 2008 are now accused of being big-government supporters. 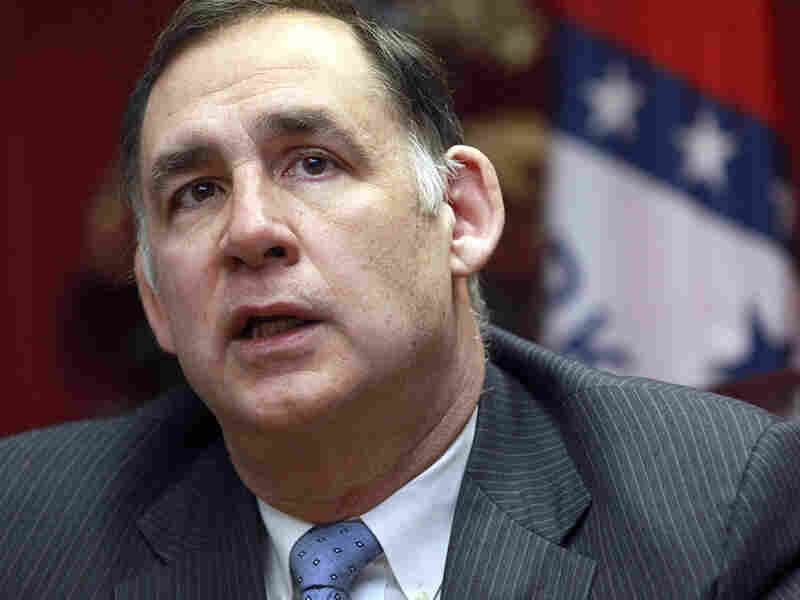 Republican Rep. John Boozman of Arkansas had to explain his vote for TARP during his campaign this year for the GOP Senate nomination in his state, which he won. Russell Powell/AP hide caption 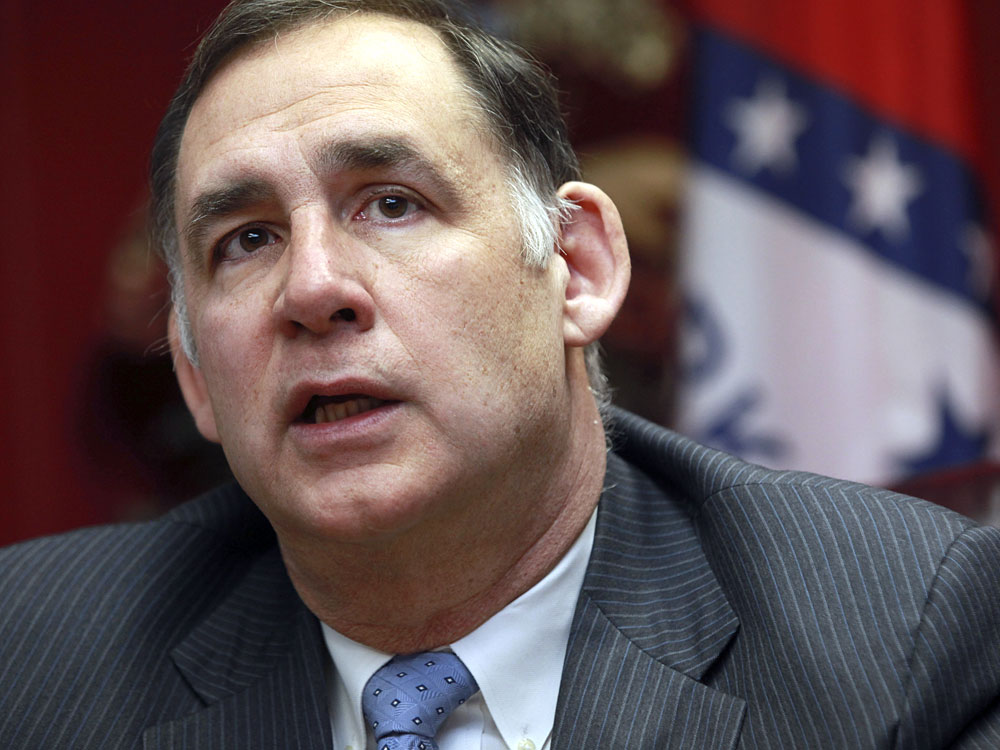 Republican Rep. John Boozman of Arkansas had to explain his vote for TARP during his campaign this year for the GOP Senate nomination in his state, which he won.

In the fall of 2008, when a mortgage crisis brought fears of failing financial institutions, Congress passed emergency legislation creating a $700 billion fund called the Troubled Asset Relief Program. TARP, as it is known, was approved with broad bipartisan support, and the markets stabilized.

But many Republicans who supported TARP find themselves on the defensive in GOP primaries across the country this year. This includes some high-profile Republican incumbents who've lost to challengers questioning their conservative credentials.

In October 2008, Barack Obama had not yet been elected. The economy had become the issue in the campaign. And Republican President George W. Bush spoke to the nation thanking Democrats and Republicans for coming together to avert a crisis.

"This week, Congress passed a bipartisan rescue package to address the instability in America's financial system," Bush said. "This was a difficult vote for many members of the House and Senate, but voting for it was the right choice for America's economy and for taxpayers like you."

Now, some 21 months later, Congress is preparing to end TARP a few months before it was scheduled to conclude. Nearly all of the money has been used. And the vast majority of it has been paid back to the government.

"TARP was a success," says Mark Zandi of Moody's Economy.com. "There's a lot of moving parts in TARP, and some worked better than others. But when you take the totality of what was done here, it saved the global financial system and ensured that the Great Recession did not turn into a depression."

And Nathan Gonzales, a congressional elections analyst at The Rothenberg Political Report, says TARP is often part of anti-Obama sentiment even though the vote took place while Bush was in office.

"Republican primary voters and conservatives are not distinguishing between the TARP vote, the stimulus vote, maybe even the health care vote -- they're all viewed as bad votes," he says. "They're not looking at the timeline. It's just the vote itself."

As a result, 21 months later, many Republicans who voted for TARP at President Bush's urging have come under attack from conservative opponents, often backed by the Tea Party movement, even though they voted against President Obama's health care and economic stimulus packages.

One prominent victim was Utah Sen. Bob Bennett, a three-term conservative who failed to win his party's nomination to a fourth term at the state convention last month. The big reason: his yes vote on TARP.

There have been others.

In South Carolina, incumbent Republican Rep. Bob Inglis, also a TARP supporter, got swamped in a primary. Also in the Palmetto State, in the GOP gubernatorial primary, TARP backer Gresham Barrett had to buy TV spots to explain his vote.

"Unfortunately, a lot of people have disagreed with my TARP vote, and they can't get over it," Barrett said. "And you know, there's nothing I can do about that. It is what it is."

Michigan, which has the nation's highest jobless rate, holds its primary in August. Detroit automakers General Motors and Chrysler both needed a bailout, so there's sentiment for the government doing what it can to help. Rep. Pete Hoekstra is the front-runner in the GOP race for governor.

But Hoekstra voted for TARP and has been pummeled for that vote in a recent barrage of TV ads. Now the race is tightening.

Political analyst Bill Ballenger says Hoekstra has to be worried about who turns out in the primary. The most conservative voters are angry and the most motivated, Ballenger says.

"And they're loaded for bear," he says. "And they want to take it out on somebody, if they get the opportunity in the right race on August 3rd."

Some Republican TARP backers have survived this year, but they've had to explain their votes over and over.

Arkansas Rep. John Boozman had to on his way to surviving an eight-candidate battle for the GOP Senate nomination in his state.

"The good news, almost all of that has been repaid to the tune of about 8 1/2 percent interest," Boozman said of TARP. "But I've always said there's nothing conservative about letting the entire lending institution, the investment banks melting down," said Arkansas Rep. John Boozman on his way to surviving an eight-candidate battle for the GOP Senate nomination in his state.

As a result of TARP, he said, fewer jobs, savings and pension plans were lost.