Accessibility links
$11 A Pack? NYC Smokers Pay To Light Up New York is adding taxes to each pack in an effort to close its gaping budget deficit. The New York Department of Health estimates that 80,000 smokers in the state will quit in light of the tax. And while that will be good for their health, it's not great for New York businesses. Even New Yorkers avoid buying cigarettes in New York. They buy them online, or have friends pick up cartons duty-free at airports when they travel. 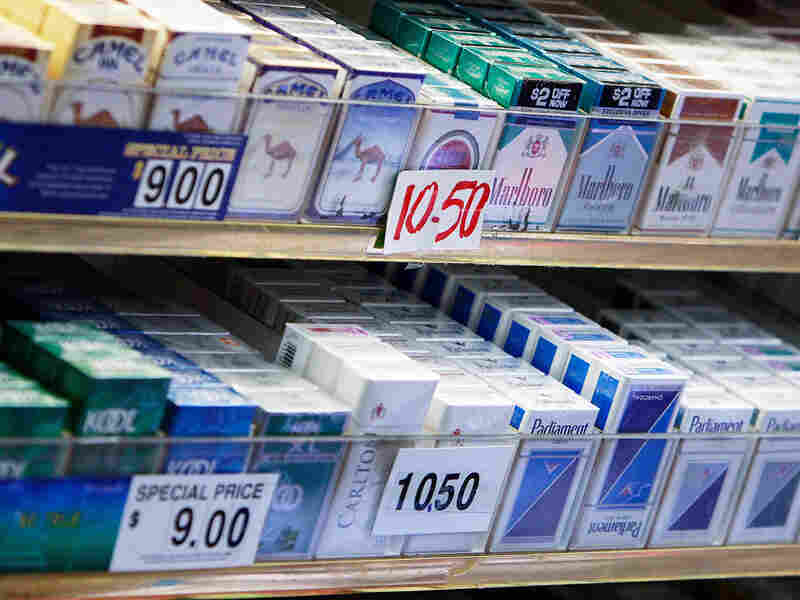 Prices in New York City for some brands of cigarettes are likely to reach $13 a pack with the new tax. Mario Tama/Getty Images hide caption 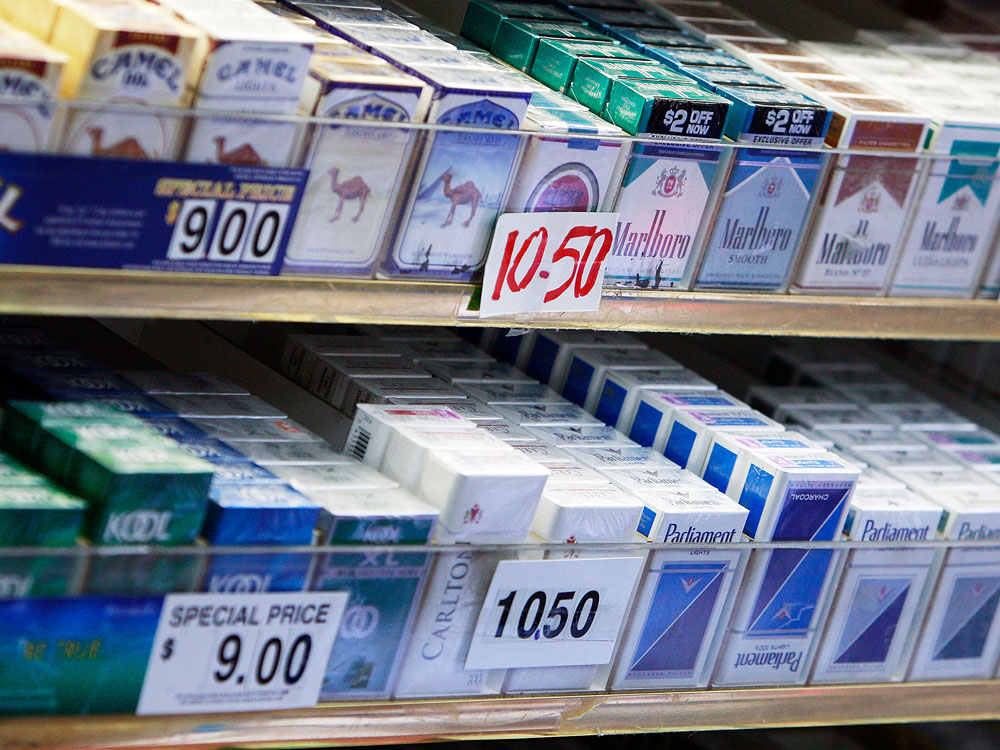 Prices in New York City for some brands of cigarettes are likely to reach $13 a pack with the new tax.

Smokers in New York City will be paying an average of almost $11 a pack for cigarettes starting July 1. The state is adding $1.60 in taxes to each pack in an effort to close its gaping budget deficit. Officials estimate the new tax will bring in an additional $260 million a year in revenue.

In New York City, where per-pack prices are already the highest in the country, smokers aren't happy.

"I think it's ridiculous," says Sal Angiuli, a New York City laborer who lives on Long Island. "There's other things they could do to tax us and make money for the city besides killing us smokers."

He says there's no way he's giving the state that kind of money.

"I'll start going to Indian reservations and pay no tax," Angiuli says. "There's plenty of ways around it."

Jessica Zayes, an administrative assistant from Brooklyn, says she'll just have to fork over more money. She is addicted, after all.

"I think it's unfair, and I think that they're overcharging as it is, but since I smoke and I don't plan on stopping, I'll pay the tax," Zayes says.

But Zayes does say she'll try to cut back. That's at least part of the point of the higher tax. The New York State Department of Health estimates 80,000 smokers in the state will quit. And while that will be good for their health, it's not great for New York businesses.

Jameel Ahmed works at a tiny convenience store in Midtown Manhattan. It's so narrow you could almost touch both walls at once. Magazines line one wall, a cooler with cold drinks sits at the back, and the cigarettes are stacked behind Ahmed at the counter.

People from Manhattan will buy cigarettes here and they'll buy a carton at a time.

When a new cigarette tax went into effect two years ago, he says, sales dropped around $2,000 to $3,000 a month at his store. And Ahmed says this tax increase will just make things worse.

Tourists who aren't used to seeing the $10 price tag walk into Ahmed's store and walk right back out.

Even New Yorkers avoid buying cigarettes in New York. They buy them online, or have friends pick up cartons duty-free at airports when they travel. Lots of smokers say buying from shops like Ahmed's is for emergencies only, when they've run out of their usual supply and are stuck in the city.

But what's bad for Ahmed is good for Phil Hwang. He works at the Valero gas station in Jersey City, right across the Holland Tunnel from Manhattan. The road leading out of the tunnel on the New Jersey side is lined with gas stations where commuters fill up on cheap gas and cigarettes.

"People from Manhattan will buy cigarettes here and they'll buy a carton at a time," Hwang says.

The last time New York taxes went up, Hwang says, he saw cigarette sales at his New Jersey store increase about 20 or 30 percent. He expects the same thing to happen this time.

"I'm sure we're going to sell a lot more cigarettes because we are going to be cheaper," Hwang says. "I'm probably gonna have to stock up."

Hwang says his customers from New York have been complaining about the tax hike, and they tell him they're planning to quit. He doesn't buy it. People always say they're about to quit, but they just keep coming around.

Study: A Cigarette A Month Can Get A Kid Hooked May 31, 2010
California Bill Would Make Insurers Cover Smoking Cessation Costs April 21, 2010