Accessibility links
Army: Poor Oversight Led To Arlington Graves Mix-Up Army Secretary John McHugh told a House panel that a "fractured, unmanageable oversight structure" was responsible for problems at Arlington National Cemetery. He also said that out of at least 211 cases in which gravesites were not properly documented or records and gravesites didn't match, more than 25 had been resolved. 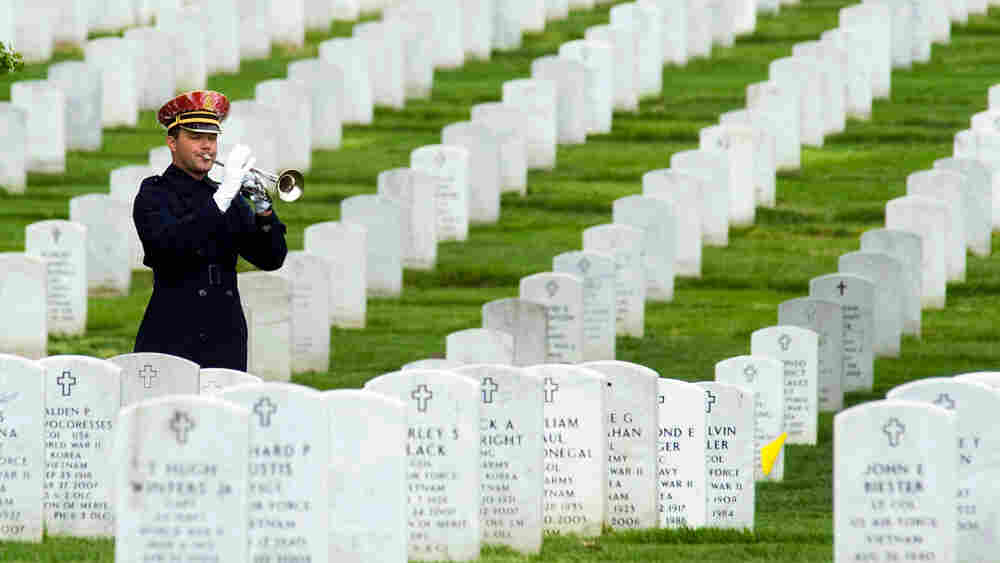 A bugler plays during a burial service at Arlington National Cemetery in Arlington, Va. An Army investigation examined 15,000 graves and found more than 200 cases of mismanagement. Kevin Wolf/AP hide caption 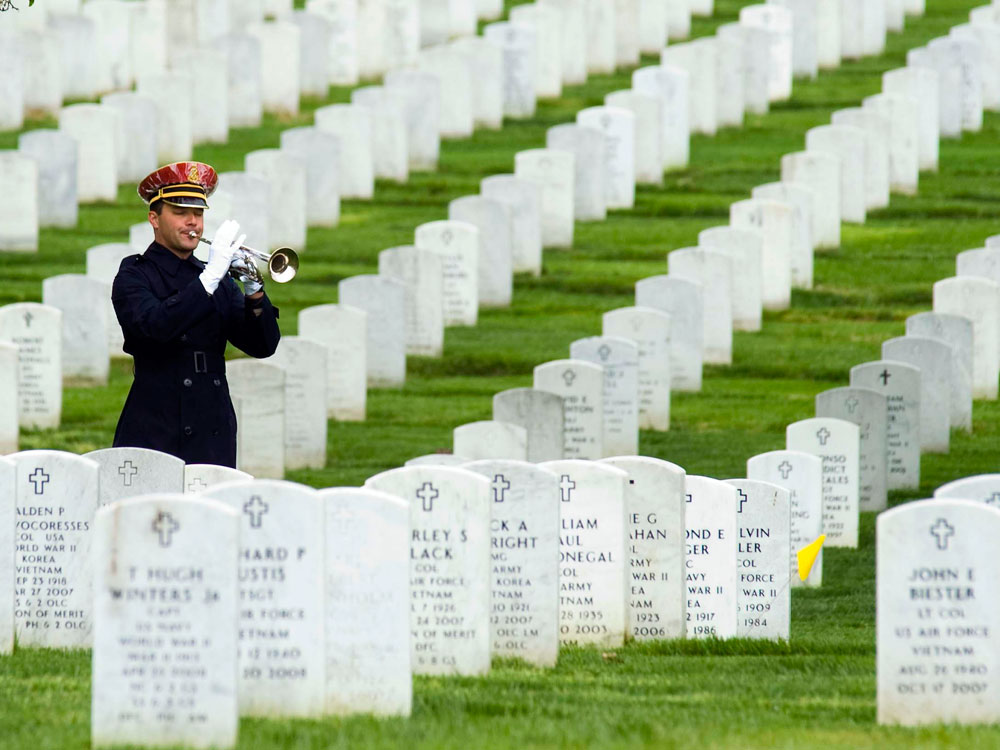 A bugler plays during a burial service at Arlington National Cemetery in Arlington, Va. An Army investigation examined 15,000 graves and found more than 200 cases of mismanagement.

Army Secretary John McHugh told a House panel Wednesday that a "fractured, unmanageable oversight structure" was responsible for a host of problems recently revealed at Arlington National Cemetery. An Army investigation released earlier this month concluded that hundreds of gravesites at Arlington have been mismanaged.

Arlington Cemetery is our nation's most hallowed ground. ... How in the world could this tragedy be allowed to happen?

The Army examined 15,000 graves and discovered that in at least 211 cases, gravesites were not properly documented or records and gravesites didn't match. McHugh told the House Armed Services Committee on Wednesday that more than 25 of those cases had been resolved.

There are roughly 330,000 bodies buried at Arlington National Cemetery.

The report of mismanagement at Arlington drew a sharp rebuke from Rep. Ike Skelton, chairman of the committee.

"I'm angry. Period," the Missouri Democrat said in his opening statement. "Anger is generally not a useful emotion, particularly here on Capitol Hill; however, in light of the recent revelations about the management of Arlington National Cemetery, I'm just downright angry.

"Arlington Cemetery is our nation's most hallowed ground,'' Skelton continued. "It's reserved as a final resting place of our heroic warriors. Management ineptitude and neglect has resulted in a web of errors. How in the world could this tragedy be allowed to happen?"

McHugh, who was called to testify along with the inspector general of the Army, Lt. Gen. Steven Whitcomb, vowed to rectify the problems.

"I want to pledge to this committee -- more importantly, both to the American people and the men and women who wear the uniform of this great nation and those who love and support them -- that the Army is doing and will continue to do everything necessary and possible to right these unimaginable, unacceptable wrongs," McHugh said. 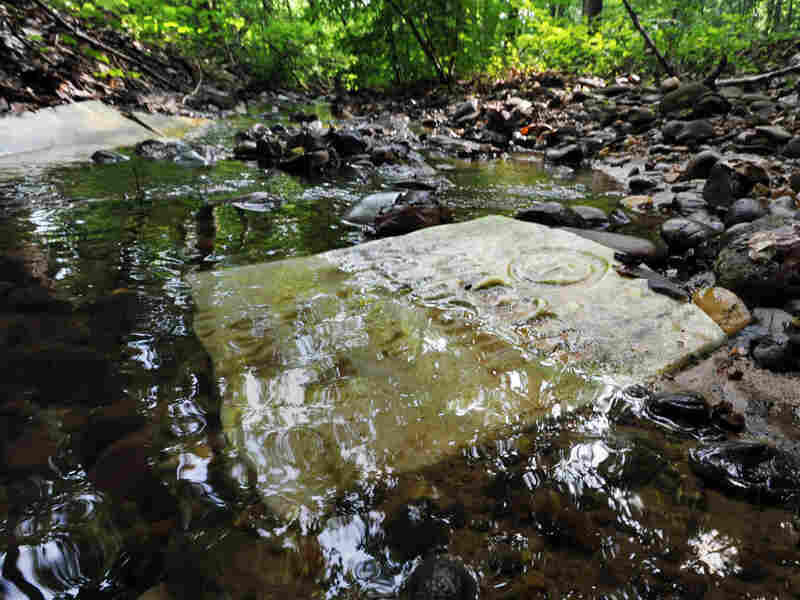 Tombstones were used to reinforce the bank of a creek in a wooded area of Arlington National Cemetery. Gerald Martineau/The Washington Post hide caption 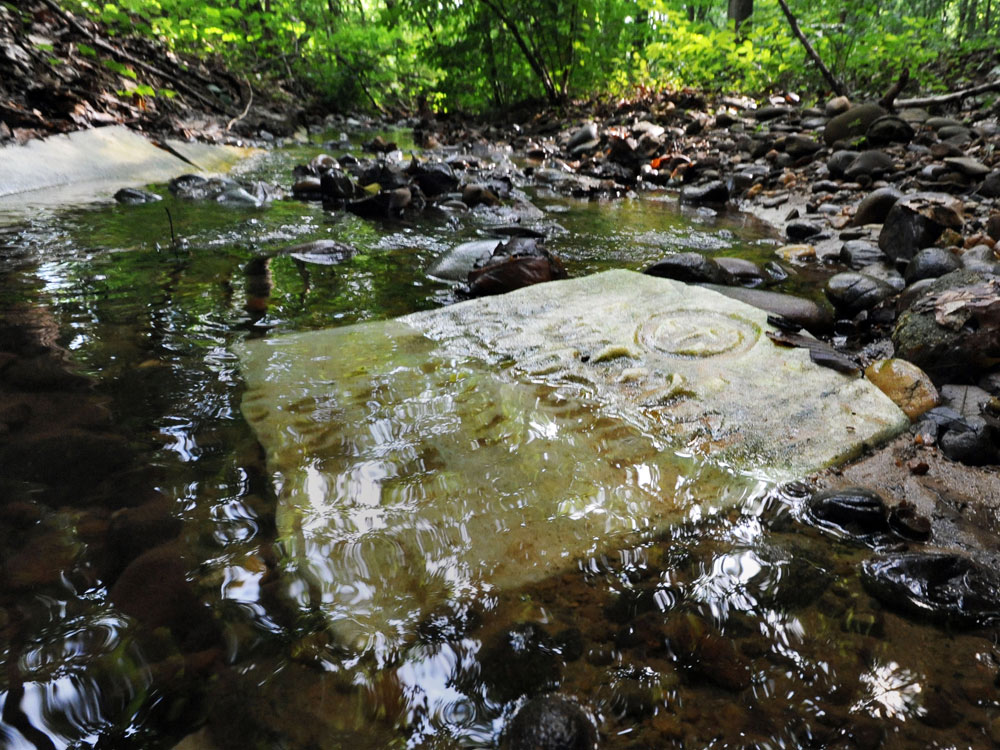 Tombstones were used to reinforce the bank of a creek in a wooded area of Arlington National Cemetery.

He told the committee that he had ordered "the entire restructuring of [the cemetery's] leadership, administration and oversight," and a full audit of all of the cemetery's contracts. The inspector general's report concluded that the cemetery failed to comply with federal and Pentagon contracting guidelines, frequently approving contractors who were unqualified or who submitted inflated cost estimates.

The Army investigation, led by Whitcomb, was prompted by an article in the online magazine Salon that cited instances in which cremated remains were left in a dirt landfill and a body was found in a gravesite thought to be empty. Reporter Mark Benjamin's story noted that despite an expensive attempt to modernize the cemetery's records, it "still relies mostly on paper burial records that in some cases do not match the headstones."

Further, Benjamin discovered gravesites that were in poor condition, neglected by grounds crews.

Many of the problems involved Section 27, an area that holds the remains of thousands of Civil War soldiers, including African-Americans who served in the Union Army, as well as thousands of freed slaves.

Whitcomb said after the Army's report was released that there was no evidence of deliberate wrongdoing. In some cases, he said, gravestones might have been knocked over by a lawn mower and not replaced, or multiple family members might have been buried in a single site.

The Army may have to use X-rays or, in some cases, exhume coffins to sort out who is buried where.