Accessibility links
The Future Of CNN, Beyond Larry King Larry King announced Tuesday that he's leaving his prime-time slot on CNN. His show was losing viewers at an alarming rate, as CNN itself has lost a lot of audience share to its cable news rivals. Now the network will try to find a fresh approach to its prime-time lineup. 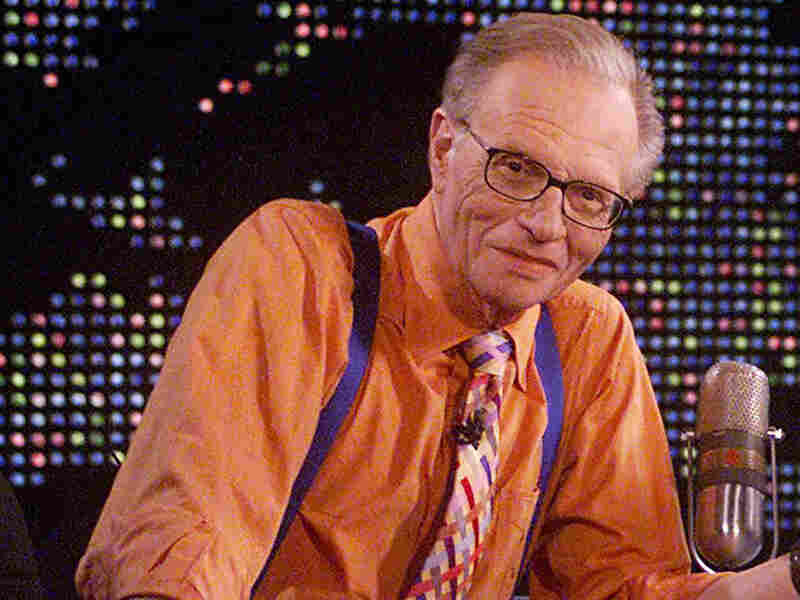 Larry King is in the Guinness Book of World Records for hosting the longest-running show on the same network and in the same time slot. AFP/Getty Images hide caption 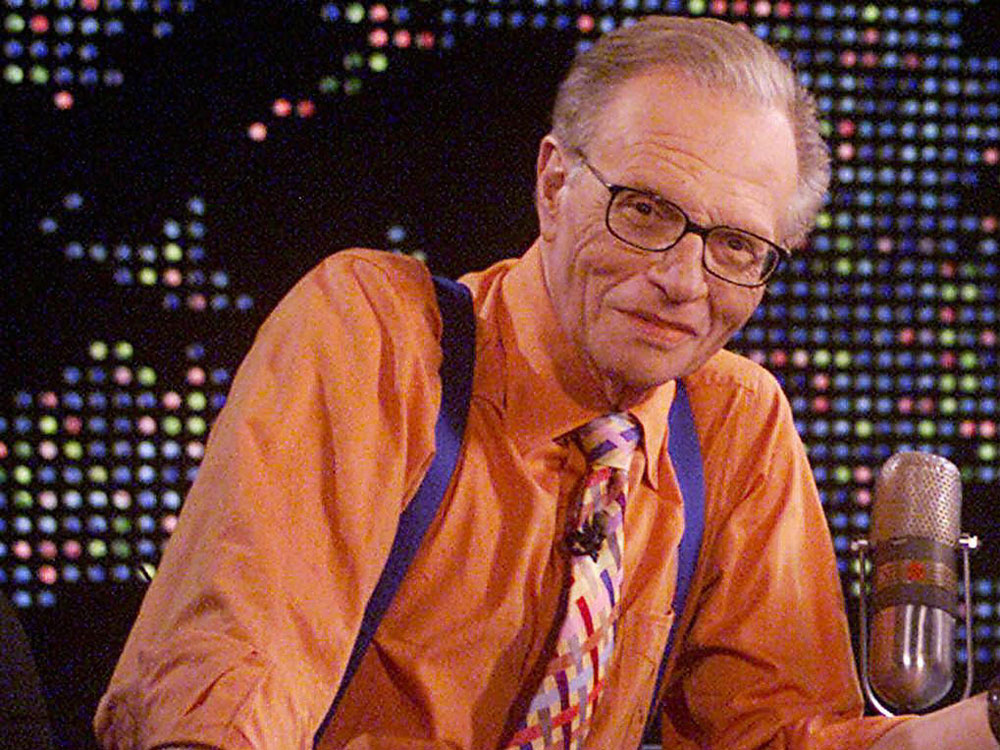 Larry King is in the Guinness Book of World Records for hosting the longest-running show on the same network and in the same time slot.

The announcement by CNN's Larry King that he will retire this fall solves one headache for the network: what to do with an aging icon as his ratings lurch ever-downward.

But a larger one remains: What to do now?

Once it's replaced King, a fixture for a quarter century, CNN will have remade its entire evening lineup from 7 p.m. to 10 p.m. ET in less than a year. Jonathan Klein, president of CNN's U.S. network, says that's an opportunity to be seized, not feared.

"We all have to evolve," Klein says. "But what we will always strive to be known for is real reporting, incisive analysis and informed opinion."

The departure of populist host Lou Dobbs from CNN late last year seemed to clarify that very mission. He had fought CNN executives for years about his assertions on the air and on his syndicated radio show -- about immigrants and President Obama -- that were often contradicted by the reporting of his own network.

Campbell Brown, an import from NBC who replaced Paula Zahn at 8 p.m. just a few years ago, secured a release from her CNN contract in May. She told viewers she couldn't compete with the ideological bombast of Keith Olbermann of MSNBC, Bill O'Reilly of Fox News and Nancy Grace of HLN.

"If you think about what's going on in our world right now -- everything from wars on a couple of different fronts, a recession, that absolute disaster down in the Gulf -- this is a time when traditionally CNN would have been cleaning up," says NBC News President Steve Capus, who also oversees MSNBC. "Now what we see is [that] the audience is not going to them."

CNN was a pioneer in cable news and for many years defined the field. But Fox News' conservative prime-time lineup has helped propel that upstart into the driver's seat, and it's been the ratings leader for nearly a decade. After years of oscillation, MSNBC's embrace of a liberal prime-time lineup has helped it ease into a comfortable second place.

CNN offers viewers neither ideological bombast nor magnetic personalities. And despite deeper journalistic resources than either of its rivals, CNN has lost viewers. CNN executives say its profits remain robust and that its multiple revenue streams hedge against prime-time fortunes. But its marquee shows have struggled.

Jay Rosen, a professor of journalism at New York University, has tagged CNN's approach as "the view from nowhere." He argues people have no compelling reason to tune in, absent a major breaking news event.

Brown will be replaced at 8 p.m. by former Democratic Gov. Eliot Spitzer of New York, who was a crusader against Wall Street as a state attorney general and is now an incisive columnist for Slate.com. But Spitzer is best known for being identified as Client No. 9 in the prosecution of a high-end prostitution ring. He'll be paired with the Pulitzer Prize-winning conservative columnist Kathleen Parker in a format that seems to echo Crossfire, the political debate show that Klein himself killed five years ago.

Klein says superficial resemblance aside, the effect and tone will be quite different this time.

Larry King was considered "appointment" television for years, as he served up a mixture of interviews with high-powered world leaders, celebrities and fleeting sensations. (One comedian used to joke that the perfect balance for Larry King Live would have Pope John Paul II in the first 30 minutes -- and the oddball stand-up Carrot Top in the second.) The show became a regular stop for presidential campaigns, contrition tours and book junkets.

"There was nothing prearranged," King told me in 2006, describing his interviewing approach. "It was totally off the top and off the cuff."

But the flaws in that approach were increasingly evident. There was that rather astounding moment back in 2004 when King confused Michael Isikoff, the dogged investigative reporter then writing for Newsweek, with Michael Weisskopf, the correspondent for Time magazine whose hand was blown off in Iraq when he heroically grabbed and tossed a grenade thrown into the Humvee in which he was traveling.

And there was the time King asked comic Jerry Seinfeld whether his eponymous sitcom had been canceled when it went off the air.

"Are you under the impression I got canceled?" Seinfeld asked. "Is this still CNN? I was the No. 1 show on television, Larry. ... Can we get a resume in here for me?"

Most recently, King seemed befuddled by the presence of the pop sensation Lady Gaga, who had donned his trademark suspenders and glasses for the occasion. An increasing number of colleagues wondered privately whether his number was up.

But only lately have King's actual numbers plunged to such depths. On Monday, according to Nielsen ratings estimates published by the website TVNewser.com, he drew 104,000 viewers between the ages of 25 and 54 -- a category coveted by major advertisers. That's less than half of the audience for MSNBC's Rachel Maddow in the same hour, and less than a fifth of those viewers for Fox News' Sean Hannity. Even Joy Behar on CNN's sister station HLN outdrew him.

On Tuesday evening, Klein lauded Larry King, calling him an icon and saying this was a decision the longtime host made after reflecting on the sweep of his career.

Once again, Klein now has to figure out what comes next for the network, too.