Accessibility links
Book Review: 'How Pleasure Works' By Paul Bloom - 'The Secret To Pleasure? Mind Over Matter' A new book explains why people will find dog food succulent — if it's labeled "foie gras." In How Pleasure Works, psychology professor Paul Bloom shows that enjoyment stems from assumptions rather than empirical experience.

The Secret To Pleasure? Mind Over Matter

The Secret To Pleasure? Mind Over Matter 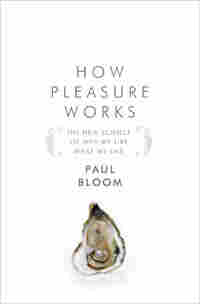 "Illusion," quipped Voltaire, "is the first of all pleasures." Clever enough, but more accurate would be the reverse assertion that pleasure is the first of all illusions. People are poor analysts when it comes to pleasure. We think we eat truffles because they're delicious. We think we swoon in front of a Vermeer because it's masterly and beautiful. This assumption of a simple correlation between quality and sensation misunderstands the promiscuity of pleasure.

"What matters most," writes Paul Bloom in his engaging, evocative How Pleasure Works: The New Science of Why We Like What We Like, "is not the world as it [actually physiologically impacts] our senses. Rather, the enjoyment we get from something derives from what we think that thing is." Bottled water supplies the purest example of Bloom's argument. Partisans tout the superiority of Perrier, or whatever their favorite brand of sparkling water happens to be. But as experiment after experiment demonstrates, give someone seltzer water but tell them it's Perrier, and they'll wax ecstatic about the mineral springs of southern France.

Bloom, a professor of psychology at Yale, is a supple, clear writer, and his parade of counterintuitive claims about pleasure is beguiling, if a bit indebted to the Gladwellianism of contemporary nonfiction. He quotes studies that yield even more startling results in various contexts. Sommeliers think they're drinking a fine French red when they're actually downing a cheap Californian white. People find dog food succulent when it's labeled foie gras.

Bloom argues that an ever-present "essentialism" conditions pleasure. This is the belief that everything has an "underlying reality or true nature that one cannot observe directly, and it is this hidden reality that matters." 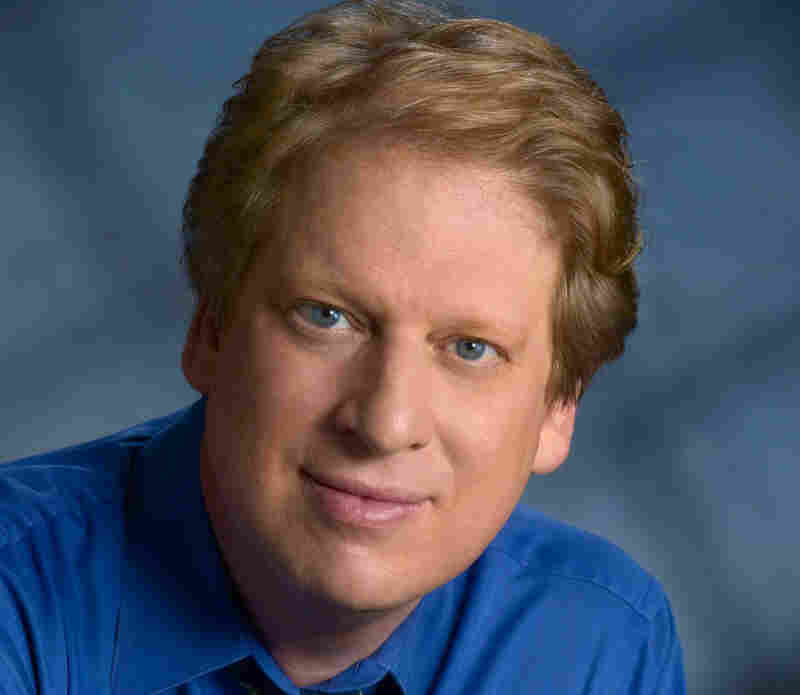 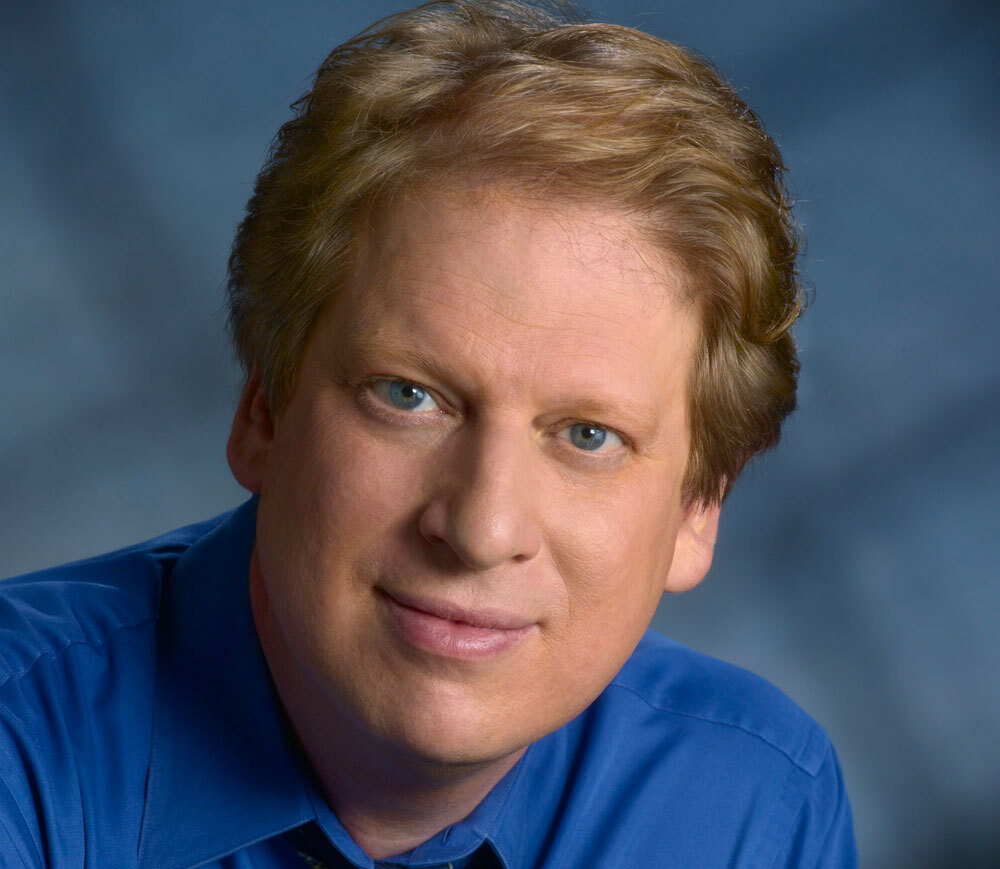 "For a painting," Bloom writes, "it matters who the artist is, for a story, it matters whether it is truth or fiction; for a steak, we care about what sort of animal it came from; for sex, we are strongly affected by who we think our sexual partner really is." This is obvious on its face, but as Bloom's discussion about an accomplished Vermeer forger shows, we often discern value or take away pleasure based solely on extrinsic elements.

Bloom writes with a light touch, but never lets the dark side of this human quirk slip from view. Essentialism can quickly blend into a simpleminded superficialism -- or, much more insidiously, racism and sexism. Race-based animosity relies on badly distorted essentialism, Bloom asserts, and the fascination with virginity felt by much of the world reveals the connection between essentialism and oppressive fetishism.

How Pleasure Works ends with a lengthy discussion about the pleasure we take in pursuits we know to be imaginary, such as daydreaming. Much of Bloom's thesis is anchored in evolution, and he argues that our deepest satisfactions are the "lucky result" of our development as creatures unable to "fully distinguish reality from imagination."

Some pleasures are easier to explain than others. Consider the question of why we like to drink water. Why is there so much joy in quenching thirst, and why is it torture to deprive someone of water for a long period? Well, that is an easy one. Animals need water to survive, and so they are motivated to seek it out. Pleasure is the reward for getting it; pain is the punishment for doing without.

This answer is both simple and correct, but it raises another question: Why do things work out so nicely? It is awfully convenient that, to mangle the Rolling Stones lyric, we can't always get what we want -- but we want what we need. Of course, nobody thinks that it is a lucky accident. A theist would argue that this connection between pleasure and survival is established through divine intervention: God wanted His creatures to live long enough to go forth and multiply, so He instilled within them a desire for water. For a Darwinian, the match is the product of natural selection. Those creatures in the distant past who were motivated to seek water out-reproduced those who weren't.

More generally, an evolutionary perspective -- which I think has considerable advantages over theism in explaining how the mind works -- sees the function of pleasure as motivating certain behavior that is good for the genes. As the comparative psychologist George Romanes observed in 1884: "Pleasure and pain must have been evolved as the subjective accompaniment of processes which are respectively beneficial or injurious to the organism, and so evolved for the purpose or to the end that the organism should seek the one and shun the other."

Most nonhuman pleasures make perfect sense from this perspective. When you are training your pet, you don't reward it by reading poetry or taking it to the opera; you give it Darwinian prizes like tasty snacks. Nonhuman animals enjoy food, water, and sex; they want to rest when tired; they are soothed by affection, and so on. They like what evolutionary biology says that they should like.

What about us? Humans are animals and so we share many of the pleasures of other species. The psychologist Steven Pinker notes that people are happiest when "healthy, well-fed, comfortable, safe, prosperous, knowledgeable, respected, non-celibate, and loved." There is quite a bit of pleasure packed into that quote, and I don't doubt for a minute that this is explained through the same process that shaped the desires of animals such as chimpanzees and dogs and rats. It is adaptively beneficial to seek health, food, comfort, and so on, and to get pleasure from achieving these goals. As the anthropologist Robert Ardrey put it, "we are born of risen apes, not fallen angels."

But this list is incomplete. It leaves out art, music, stories, sentimental objects, and religion. Perhaps these are not uniquely human. I once heard from a primate researcher that some captive primates keep security blankets, and there are reports that elephants and chimpanzees can create art (though, as I will discuss later on, I am skeptical about this). But in any case, these are not the usual activities of nonhuman animals. They are entirely typical of our species, showing up in every normal individual. This needs to be explained.

One solution is that our uniquely human pleasures do not emerge through natural selection or any other process of biological evolution. They are the product of culture, and they are uniquely human because only humans have culture (or at least enough culture to matter).

Despite the bad rap that they sometimes get from more adaptation-oriented researchers, those who endorse this sort of culture proposal are not necessarily ignorant or dismissive of evolutionary biology; they don't doubt that humans, including human brains, have evolved. But they disagree with the notion that we have evolved innate ideas, or specialized modules and mental organs. Rather, humans are special in that we possess an enhanced capacity for flexibility, to create and learn biologically arbitrary ideas, practices, and tastes. Other animals have instincts, but humans are smart.

This theory has to be right to some extent. Nobody could deny the intellectual flexibility of our species, and nobody could deny that culture can shape and structure human pleasure. If you win a million dollars in a lottery, you might whoop with joy, but the very notion of money emerged through human history, not due to the replication and selection of genes. Indeed, even those pleasures that we share with other animals, such as food and sex, manifest themselves in different ways across societies. Nations have their own cuisines, their own sexual rituals, even their own forms of pornography, and this is surely not because the citizens of these nations are genetically different.

All of this might tempt someone from a more cultural bent to say that while natural selection plays some limited role in shaping what we like -- we have evolved hunger and thirst, a sex drive, curiosity, some social instincts -- it has little to say about the specifics. In the words of the critic Louis Menand, "every aspect of life has a biological foundation in exactly the same sense, which is that unless it was biologically possible, it wouldn't exist. After that, it's up for grabs."

I will try to show in the chapters that follow that this is not how pleasure works. Most pleasures have early developmental origins; they are not acquired through immersion into a society. And they are shared by all humans; the variety that one sees can be understood as variations on a universal theme. Painting is a cultural invention, but the love of art is not. Societies have different stories, but stories share certain plots. Taste in food and sex differ -- but not by all that much.

It is true that we can imagine cultures in which pleasure is very different, where people rub food in feces to improve taste and have no interest in salt, sugar, or chili peppers; or where they spend fortunes on forgeries and throw originals into the trash; or line up to listen to static, cringing at the sound of a melody. But this is science fiction, not reality.

One way to sum this up is that humans start off with a fixed list of pleasures and we can't add to that list. This might sound like an insanely strong claim, because of course one can introduce new pleasures into the world, as with the inventions of television, chocolate, video games, cocaine, dildos, saunas, crossword puzzles, reality television, novels, and so on. But I would suggest that these are enjoyable because they are not that new; they connect -- in a reasonably direct way -- to pleasures that humans already possess. Belgian chocolate and barbecued ribs are modern inventions, but they appeal to our prior love of sugar and fat. There are novel forms of music created all the time, but a creature that is biologically unprepared for rhythm will never grow to like any of them; they will always be noise.

Excerpted from How Pleasure Works: The New Science of Why We Like What We Like by Paul Bloom. Copyright 2010 by Paul Bloom. Excerpted by permission of W. W. Norton & Co. 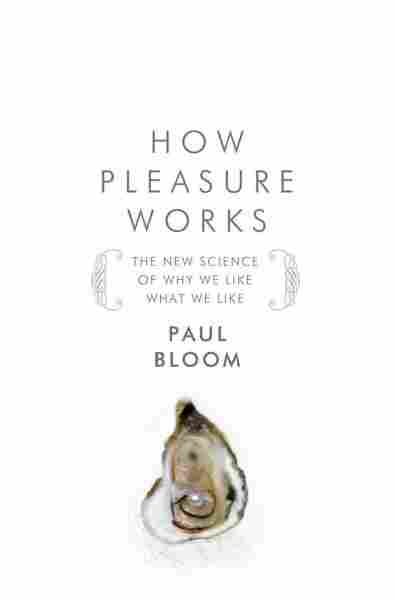