Accessibility links
High Stakes, But No High Drama At Kagan Hearings ANALYSIS: Other news has overshadowed the confirmation hearings, and a Democratic majority in the Senate has made the outcome seem almost predetermined.

Listen
High Stakes, But No High Drama At Kagan Hearings

High Stakes, But No High Drama At Kagan Hearings 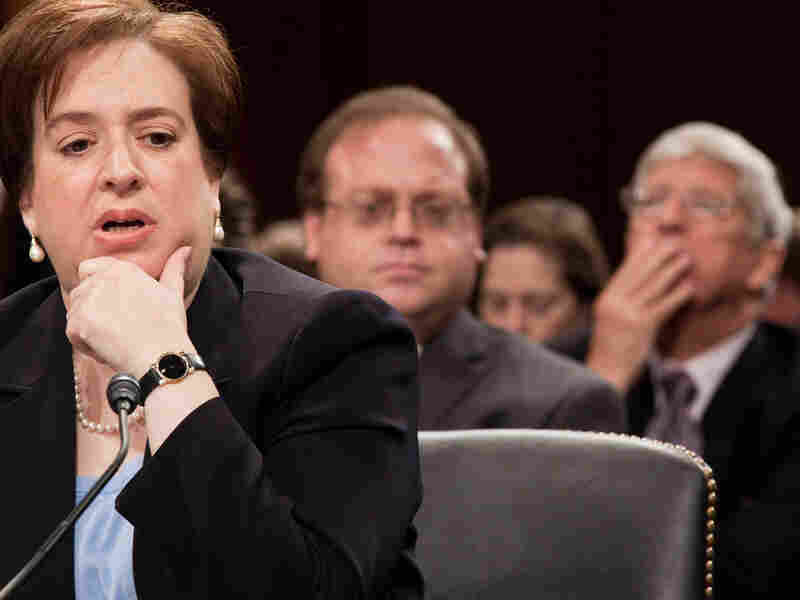 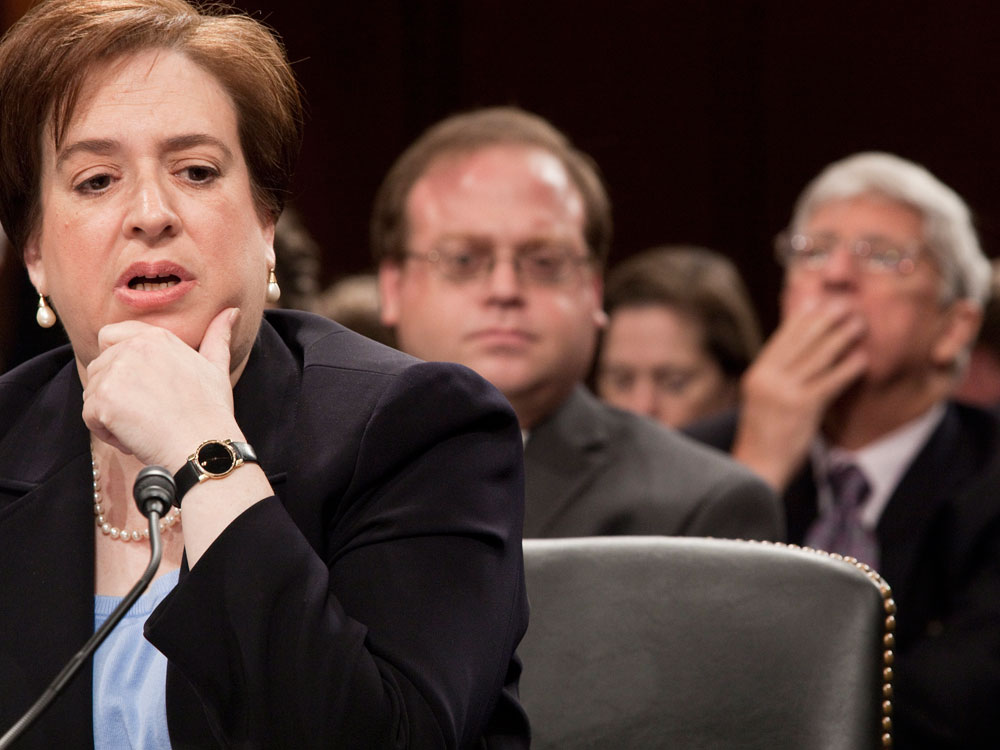 Supreme Court nominee Elena Kagan's Senate confirmation hearings this week had all the trappings typical of these relatively rare proceedings. (She would be just the 112th justice in the nation's history.)

Proud family members, supporters and administration bigwigs filling rows of dark chairs behind the nominee. A crush of photographers and reporters. A flag-decorated, brightly lit press interview area outside the hearing room.

But these hearings, while occasionally substantive -- "on the margins better" than confirmation hearings of the recent past, concluded GOP Sen. Lindsey Graham of South Carolina -- seemed from the start largely drained of the usual drama a Supreme Court confirmation debate generates.

Remember the long-playing "wise Latina" brouhaha that defined Justice Sonia Sotomayor's confirmation hearings just last year? Or when Justice Samuel Alito's wife fled the hearing room, crying, when her husband was asked during his January 2006 grilling if he was a bigot?

Nothing close to that emerged this week.

In fact, as senators trudged to the finish line Wednesday, gamely grilling the nominee while she gamely parried their questions, it felt like a process utterly out of gas and nearly bled of the partisanship that only occasionally flared this week.

After all, Kagan, the nation's first female solicitor general, would, if confirmed, become just the fourth woman to ascend to the highest court in the land. She worked in the White House of Bill Clinton, the right's reliable bete noire. She is poised to join a court badly divided on hot button issues ranging from gun ownership to the tension between free speech and laws regarding campaign finance.

And, perhaps most importantly, the televised hearings on President Obama's nominee come just a few months before crucial midterm elections.

But the whys aren't really all that complicated. 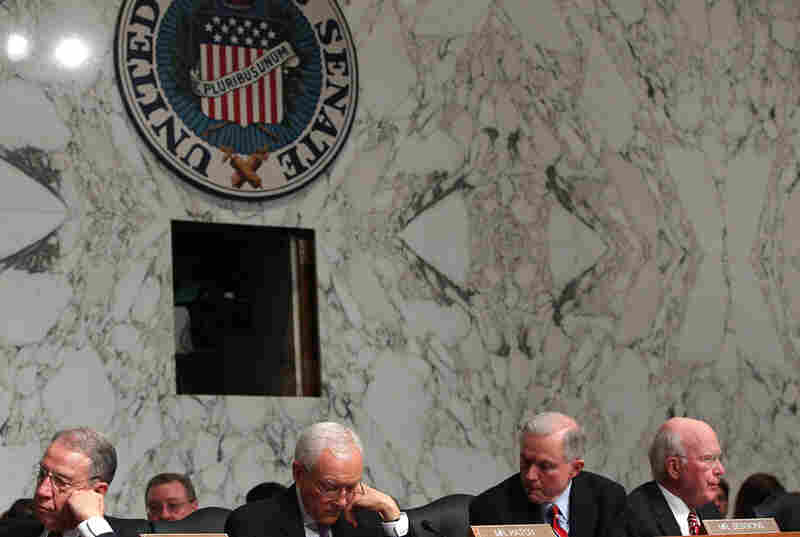 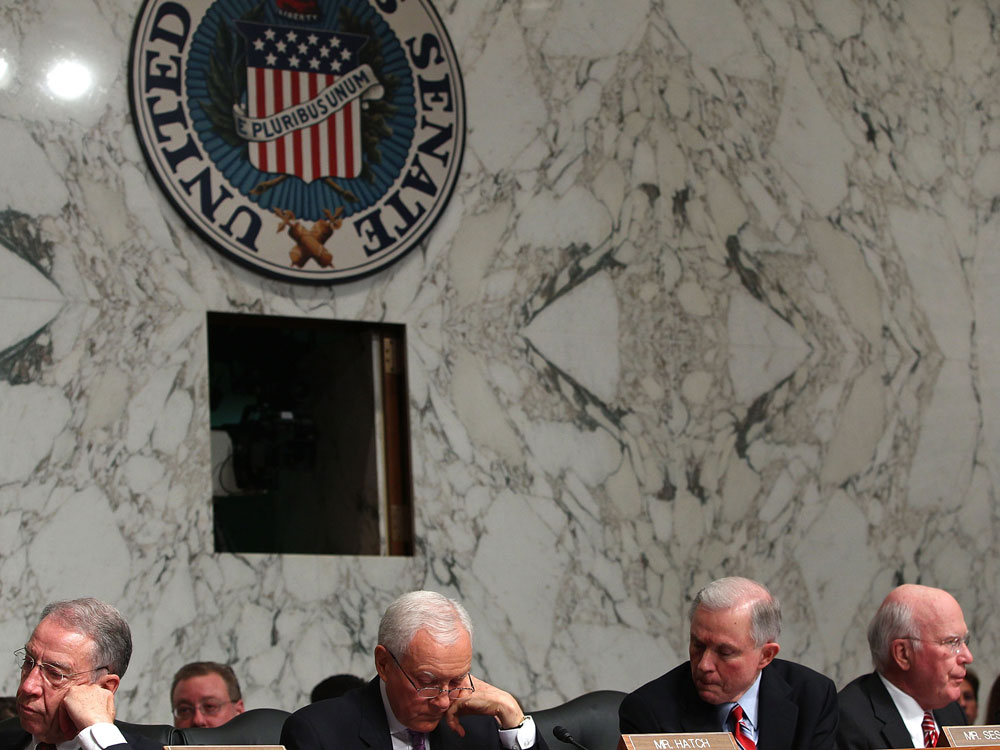 The hearings were overshadowed by news of the week -- from the death of longtime Democratic Sen. Robert Byrd to the confirmation of Gen. David Petraeus as Afghan war commander. They were tempered by a confident, relatively noncontroversial nominee whose confirmation in a Senate where Democrats, after Byrd's death, hold a 58-41 majority, has long seemed guaranteed (two of those 58 are independents who caucus with the Democrats).

And, bottom line, the retired justice she would replace, John Paul Stevens, is considered by Democrats and Republicans alike as more liberal than Kagan. The opposition research operations that conservative think tanks ramped up last year in advance of the Sotomayor hearings? They weren't repeated this year.

It's not that the hearing topics weren't significant: Kagan was pressed to the end by Republicans about her views on the procedure critics call partial-birth abortion, on whether terrorism suspects should have access to civilian courts, on military recruiting on campus while she was Harvard Law School dean, on foreign law, and on her view of the expansiveness of the Constitution's commerce clause.

Maybe the confirmation process has become in recent years almost routine. After all, Kagan's is the fourth high court confirmation hearing in five years, following Sotomayor, Alito and Chief Justice John Roberts. The last time there was a similar spate was in the early 1990s, when David Souter, Clarence Thomas, Ruth Bader Ginsburg, and Stephen Breyer were confirmed in a four-year span.

And maybe it really has become not such a big deal to see a woman sitting in the witness chair, on what seems a sure and, if the events of this week hold, a relatively ho-hum path to the high court.

Let's give Democratic Sen. Dianne Feinstein of California, who noted the progress made by women on the bench -- and progress yet to be made -- the last word: "You are," she said, addressing Kagan, "a wonderful role model for women."

Or, perhaps the last word should go to lame-duck Republican turned Democratic Sen. Arlen Specter of Pennsylvania, one of the longest-serving members of the Judiciary Committee, responding to Kagan's assertion that she didn't want to count her high court chickens before they're hatched.

"I'm one of your chickens," he said. Laughter ensued.

But then again, maybe Kagan should get the final say. After Sen. Tom Coburn (R-OK) said these relatively calm proceedings had been better than the usual Supreme Court nomination hearings, Kagan said she had to agree. "I think it's been terrific," she added. "I think everyone has been very fair" and the experience had been "somewhat wearying, but a great moment in my life."