Accessibility links
Jere Van Dyk, A Taliban 'Captive' For 45 Days In 2008, Jere Van Dyk set off from Kabul to write the authoritative book on the Taliban. That February, he became the second American journalist to be captured by the Taliban. In Captive, he tells his story. 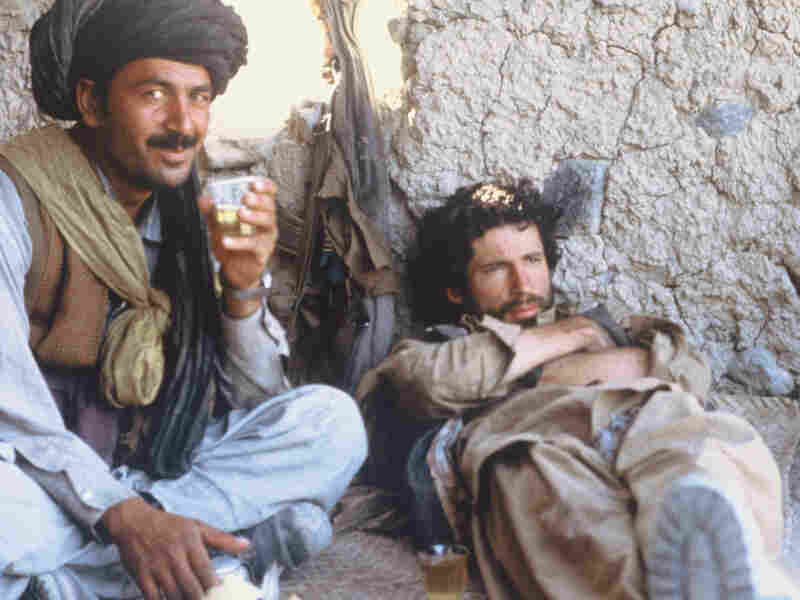 Author Jere Van Dyk's (right) 2002 book, In Afghanistan, is the story of his first trip to the region, in 1981. Courtesy of Jere Van Dyk hide caption 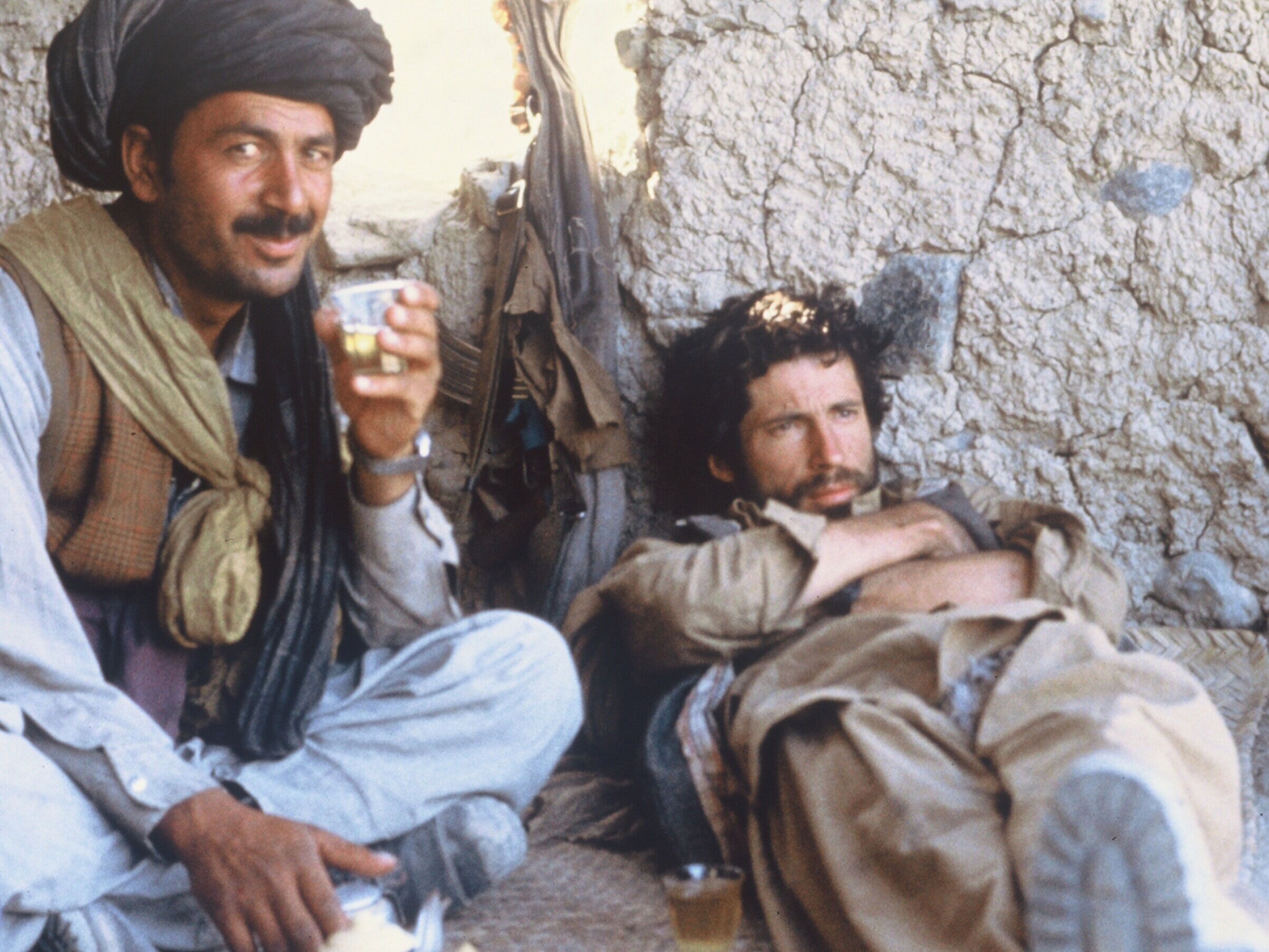 In 2008, Jere Van Dyk set off from Kabul to write an authoritative book on the Taliban. Twenty-five years earlier he'd moved to the region to research a book about mujahedeen, the warriors who fought Soviet invaders during the Soviet war in Afghanistan. He'd lived with Pashtun leaders then and knew the mujahedeen leaders.

Van Dyk tells NPR's Neal Conan that these days, half of those leaders "are an integral part of the Karzai government." The other half, he says, are leaders in the Taliban.

Van Dyk says he returned to Afghanistan and Pakistan to figure out how different the Taliban was from mujahedeen, who was backing them, and how close they were to the leadership of al-Qaida.

Van Dyk says he felt his contacts and knowledge of Pashtun tribal codes and Islam would help protect him on his return to the region. He'd visited the Taliban in the mountains four times in the 1980s, and he says, "each time, they kept their word. Each time, I survived." 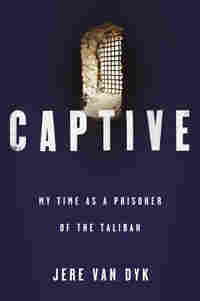 But that February, he became the second American journalist to be captured by the Taliban. He tells that story in his new book, Captive.

Van Dyk says when he was captured, his jailer made it very clear that his life depended on his conversion to Islam. Faced with that ultimatum, Van Dyk says he walked a fine line between showing respect and not lying about his commitment.

Captive: My Time As A Prisoner Of The Taliban
By Jere Van Dyk
Hardcover, 288 pages
Times Books
List price: $25

"They could see through anything that I was doing wrong," he says. "I had to be very, very humble, but not be too cowardly. I had to show strength." At the same time, he knew if he said he was a Muslim when he wasn't, his captors would see through him and he would be punished.

Van Dyk, his two bodyguards and his interpreter were held in a 12-by-12-foot cell so dark they couldn't see across it. They were only allowed out for three minutes at night.

According to Van Dyk, his fourth night in captivity was the worst of all. His interpreter and bodyguards were taken from the cell and interrogated, then they returned in the company of 15 armed Taliban.

"I knew what was going to happen next," he says. "I thought of Daniel Pearl" -- the journalist who was captured almost six years to the day before Van Dyk's capture, and then killed -- "I knew that I was next. And so I knew, also, that I had to save myself."

He looked the commander straight in the eye as he was being filmed and spoke to the family members he knew would be watching.

"I said my brother's name, my sister's name, their children," he says. A moment later, they pointed a rifle to Van Dyk's temple and continued filming.

"And the man put his hand in the vest to pull out the knife, and I was certain at that second that I would die," Van Dyk says.

But, of course, he didn't. Later, they told him the video would be used to exchange him for three of their brothers imprisoned in the detention facility at Guantanamo Bay, Cuba. If that failed, they would hold him ransom for $1.5 million.

But no prisoners were exchanged for Van Dyk and, to this day, he does not know exactly how his release was secured or whether any ransom was paid. All he knows is he made it home.

Captive: My Time As A Prisoner Of The Taliban
By Jere Van Dyk
Hardcover, 288 pages
Times Books
List price: $25

I had one of my biggest scares thus far on New Year's Eve. It is still not over. I sneaked across the border from Kunar, with two guides, and went into Chitral, in the tribal areas. It took a month to arrange this. There I met with a Taliban commander. In every case, thus far, with the Taliban, I have taken a camera and taken their pictures. I take other pictures also.

After I finished my interview -- and this man, unlike other Taliban I have been with, was not even remotely friendly -- my guides and I took a different route, hiding behind rocks, evading a Pakistani military truck, and sneaked back across the border to Afghanistan. This all happened at night. Most of my trips are at night.

It was a two-part package deal. I was to meet at 3 a.m. the next morning with a Pakistani Military Intelligence officer who would come across the border to meet with me. I wanted confirmation from him of all that I am learning about the military's involvement with al-Qaeda and the Taliban. The tribal chief, who arranged the Taliban meeting, would bring him. He promised that the officer would answer all my questions, including those about Osama bin Laden.

Everything went terribly wrong. I insisted that we meet at dawn, so I could take video of our meeting. I did this for a few reasons. The camera has the recording. I knew I would need proof of such a meeting. The tribal chief decided, because of this, to move us to a different location. At 4:00 a.m., the Taliban commander, and eight of his men, came to where we were originally, to capture or kill us.

The tribal chief was gone to meet with the MI man. My guide and I, and the chief's younger brother, were at another, secret location. I didn't sleep that night. There was machine-gun fire coming from near the U.S. Army base a few miles away. There were helicopters coming and going.

At dawn the next morning, on the way to meet us, the tribal chief and the army man were captured by Afghan intelligence. His men had to get me out of there. We sneaked down the mountain and found another truck. The Afghans risked everything to get me far away from there. Above all a Pashtun will protect to the death a guest. It is part of Pashtunwali, their ancient tribal code, which often takes precedence over Islam. That is why Mullah Omar refused to give up Osama bin Laden. He destroyed his government, his country, and much else all to protect Osama bin Laden. So it was with the men and me.

The tribal chief had given one of his younger brothers to the Pakistanis as a guarantee that he would bring the army man back. He promised the MI officer that if anything happened he would take care of his family for life.

The area where we operated is filled with al-Qaeda and the Taliban. Al-Qaeda had kidnapped a man who worked at the U.S. Army base a week or so before and beheaded him.

A tough nineteen-year-old Afghan, the youngest brother of the tribal chief, and who guided me down a mountain in Chitral and over a stream and back to Afghanistan, and who slept in a room with us to protect us, drove me and my guide fast on a rough track out of the area.

Afghans at a U.S. Army check post stopped us and this time I was discovered, and they took me to the army fire base. The sergeant was as nice as could be, even said he recognized my name and commented on my long experience in Afghanistan, and said he and others had been reading some things I had written. He asked if I wanted anything to eat or to see his commander. All I wanted to do was get out of there, which I did. I was afraid they would find out what had happened.

We rushed on. When we were near a paved road and relative safety, four hours later, I asked the driver to stop. I went down to the Kunar River and washed my face. I came back to see the young Afghan crying softly. He finally broke down. His two brothers were in prison, one being held by Afghan intelligence, the other by the Pakistanis. The full weight of everything hit me. I stood there filled with sadness and, yes, shame.

I was responsible for this trip. I demanded certain things and they followed my instructions. They did everything for me. In return I was going to pay them some money.

My guide is in touch with one of the men who took us to Chitral, part of the tribal chief's family. I learned last night that the Taliban have now kidnapped the MI officer. I don't know what they are going to do with him. If anything happens to him, the Pakistanis may well execute the tribal chief's brother. The local Afghan intelligence people are keeping this out of the media. Kabul doesn't even know.

The leader of my group is the tribal chief along the border. He was released two days ago by Afghan intelligence. I learned yesterday that a Pakistani MI officer, a friend of the officer with whom I was to meet, had secretly alerted Afghan intelligence that his fellow officer was coming over. It gets even more complicated. It is a very murky world here, a place of ancient tribal ties, betrayal, warfare, double-crossing, and where a man's honor and tribal codes count for everything.

The Afghans I was with are doing everything to keep my name out of it. They promised they would protect me. They have kept their word. This trip is not a game.

I do not have the full answers yet. I am still not out of this. I have to go back to Kunar. I have not yet told you the full story. I am too sick to my stomach. I met with my guide this morning. We do not know what is going to happen to the MI man, and the young man in prison in Pakistan. We worry.

Excerpted from Captive: My Time as a Prisoner of the Taliban by Jere Van Dyk. Copyright 2010 by Jere Van Dyk. Reprinted by arrangement with Times Books, an imprint of Henry Holt and Company LLC. 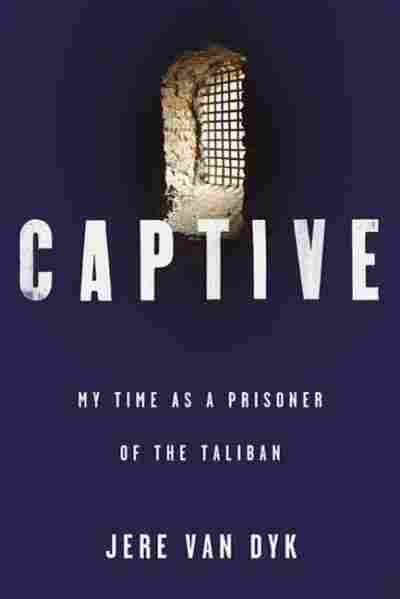 My Time As a Prisoner of the Taliban