Accessibility links
A Science Lesson For A Fiery Fourth Fireworks aren't just about ooohs and aaaahs. To scientists interested in materials that burn, fireworks are an opportunity to show their chops. A chemistry expert gives us a lesson on things that go boom in the night. 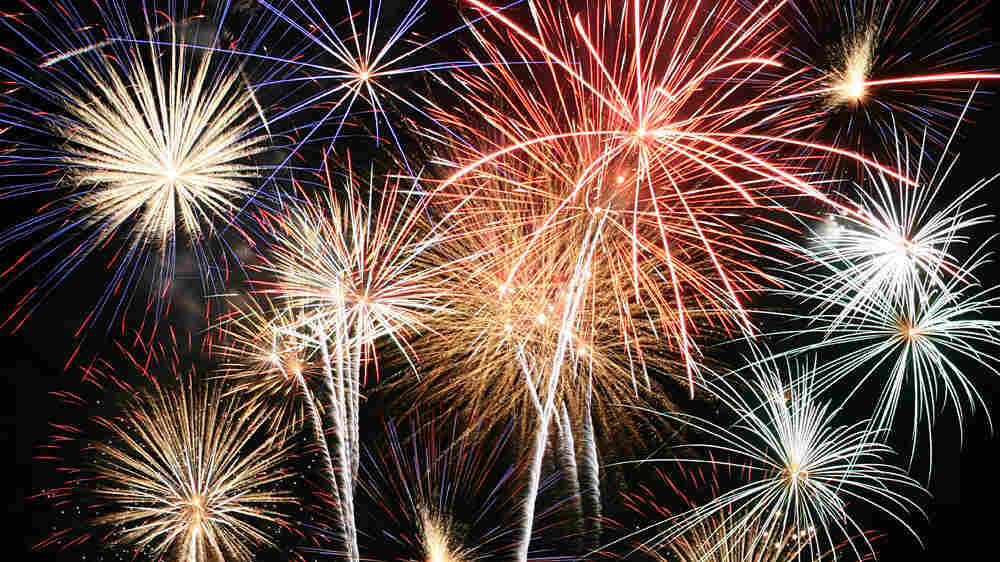 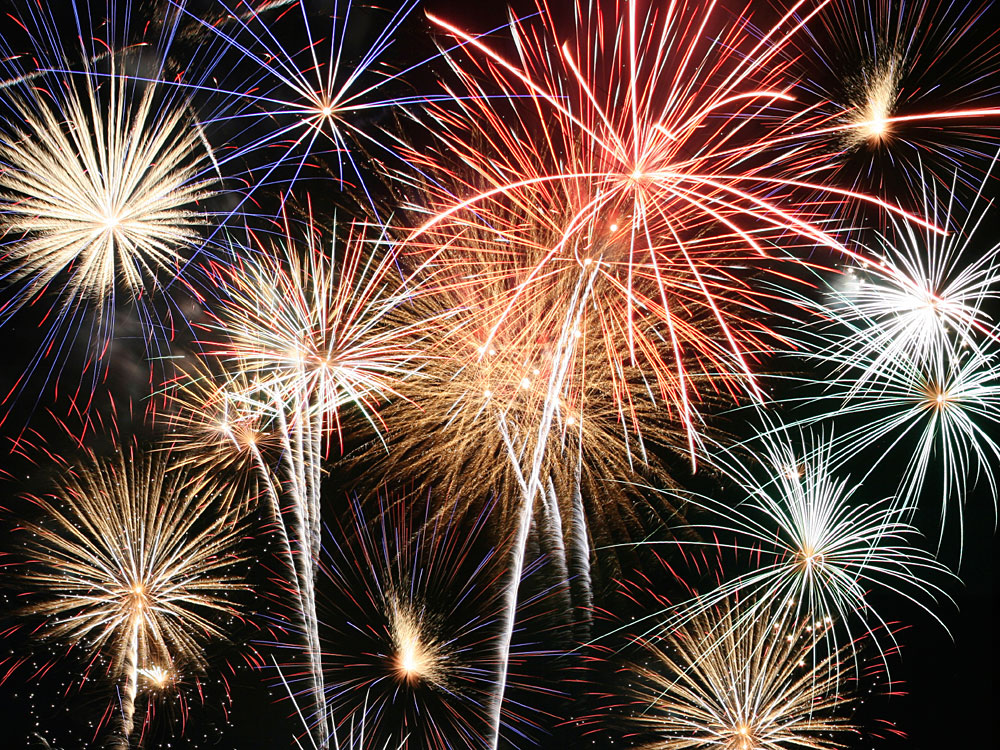 Colorful fireworks explode in the air.

It's that time of year when millions of Americans light fuses and run away. Fireworks will explode across the nation this weekend in celebration of Independence Day, but science-wise, just what goes on behind the crackles and pops that give us a night sky ablaze in color?

First, you need two chemicals. Oxygen, for one.

"One of your chemicals has to be oxygen-rich, and give up that oxygen when it's heated up to high temperature," chemistry professor John Conkling says. Then you need a fuel. Gunpowder is popular, but you can use other fuels as well. 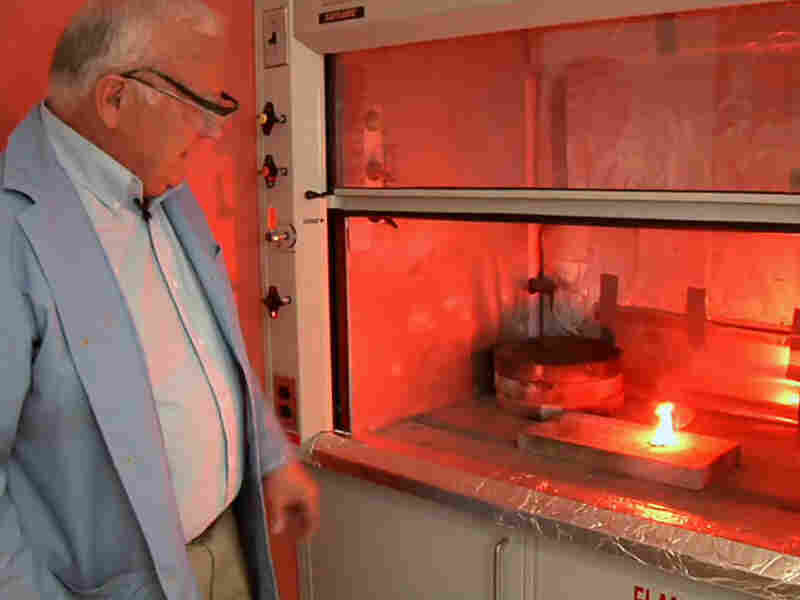 "The fireworks that shoot up in the air have a bursting charge, which is usually traditional gunpowder -- black powder -- in the center of the canister or the sphere that you're shooting up in the air," Conkling says.

"Finding the perfect combination of an oxidizer and a fuel, and then finding the perfect weight ratio of those two chemicals, to give the exact type of burning effect you’re looking for can take a lot of time in the lab to come up with," Conkling says.

And of course, you’ll want to be careful with your colors. If you want yellow, mix some sodium into your fireworks. For green, you'll want barium or boron. Red is strontium, and copper will give you blue.

But now a fireworks secret. Have you ever wondered how a display will burst with one color and then change to another?

And what about those really loud fireworks? Conkling says they usually have a different kind of fuel than the colorful displays. Aluminum powder is common, as mixing it with the right oxidizer makes the explosive burn very fast and very, very hot. Put that in a fireworks casing, ignite it, and you'll get a very loud boom.