Accessibility links
A True Champion Vs. The 'Great White Hope' There may be no more charged phrase in all of the American lexicon than "the great white hope." The term came into existence almost a century ago in the era of Jack Johnson, the great American heavyweight fighter who happened to be black. 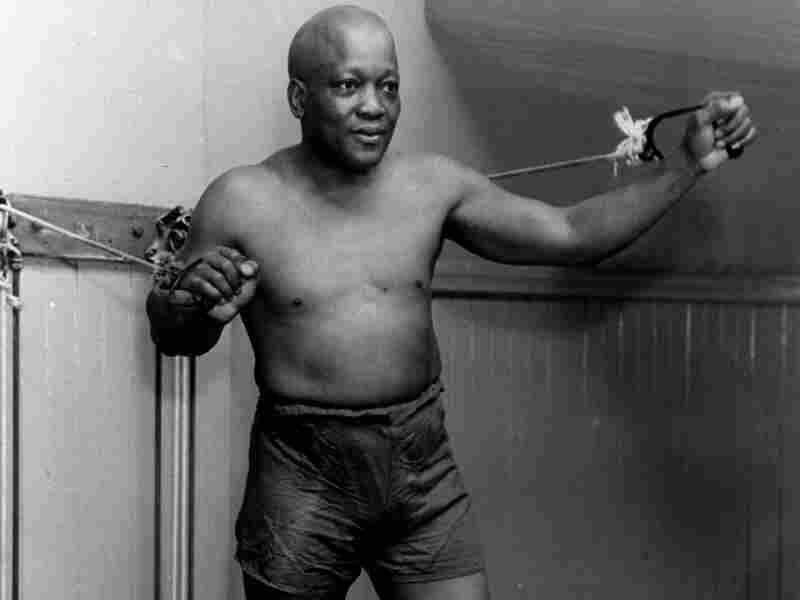 Jack Johnson was boxing's first black heavyweight champion. His dominance in the ring a century ago led writer Jack London and others to yearn for a "great white hope." AP Photo/File hide caption 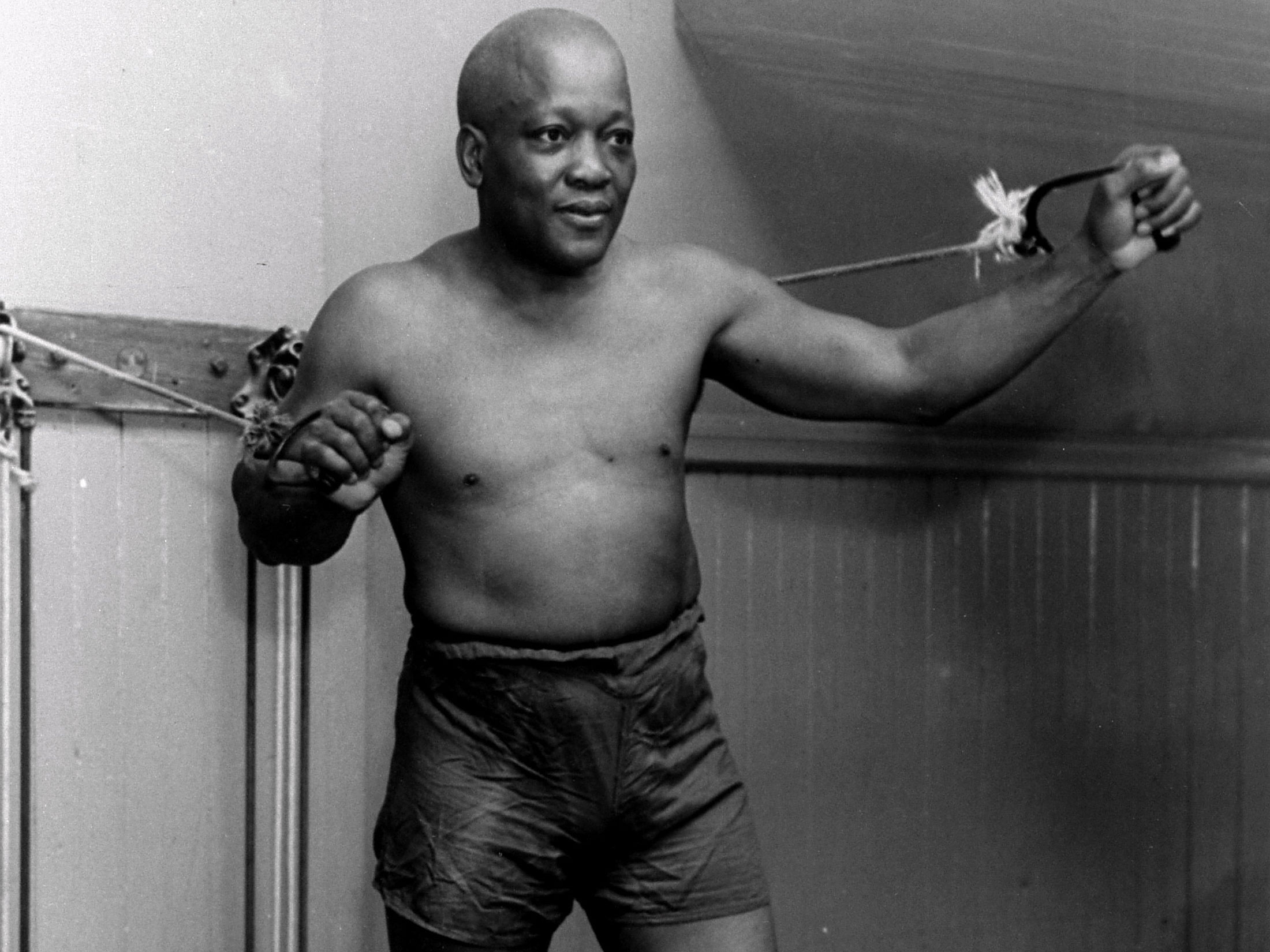 Jack Johnson was boxing's first black heavyweight champion. His dominance in the ring a century ago led writer Jack London and others to yearn for a "great white hope."

There's probably no more charged phrase in all of the American lexicon than "the great white hope," signifying the pride of one race over another. The phrase itself came into existence almost exactly 100 years ago in the era of Jack Johnson, the great American heavyweight fighter who happened to be black.

Though black and white boxers often matched up, at that time the world heavyweight championship remained a "whites only" proposition. That a black could challenge a white in the squared circle, let alone defeat him, was simply too incendiary to be allowed.

In fact, reigning world heavyweight champion James J. Jeffries chose to retire rather than risk losing the title to Johnson in the ring.

But Johnson, a guy who basically lived his life with a metaphorical middle finger raised in the air, wasn't about to be relegated to being the "Negro" champ.

He literally chased Canadian champion Tommy Burns around the globe for nearly two years until Burns gave Johnson his shot.

On Dec. 26, 1908, the two met in Sydney. Fourteen rounds later, the fight was stopped for fear of a white riot at the sight of Burns getting beaten so badly. Johnson was crowned the first black world heavyweight champ.

Well, now, this "injustice" could not stand. A champion of the cause had to be found to win back the title. Which brings us to Jack No. 2. Jack London, the noted American writer who summed up all the collective teeth-gnashing going on by openly calling for a "great white hope" to step up and win back their race's pride.

London wrote: "Jim Jeffries must now emerge from his Alfalfa farm and remove that golden smile from Jack Johnson's face. Jeff, it's up to you. The White Man must be rescued." 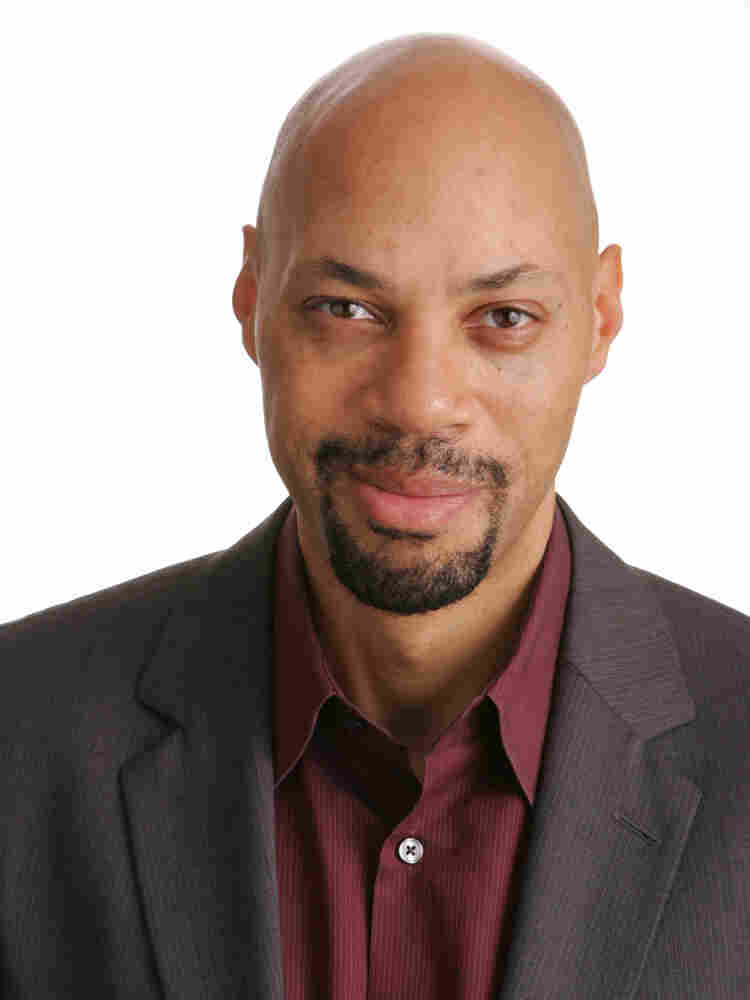 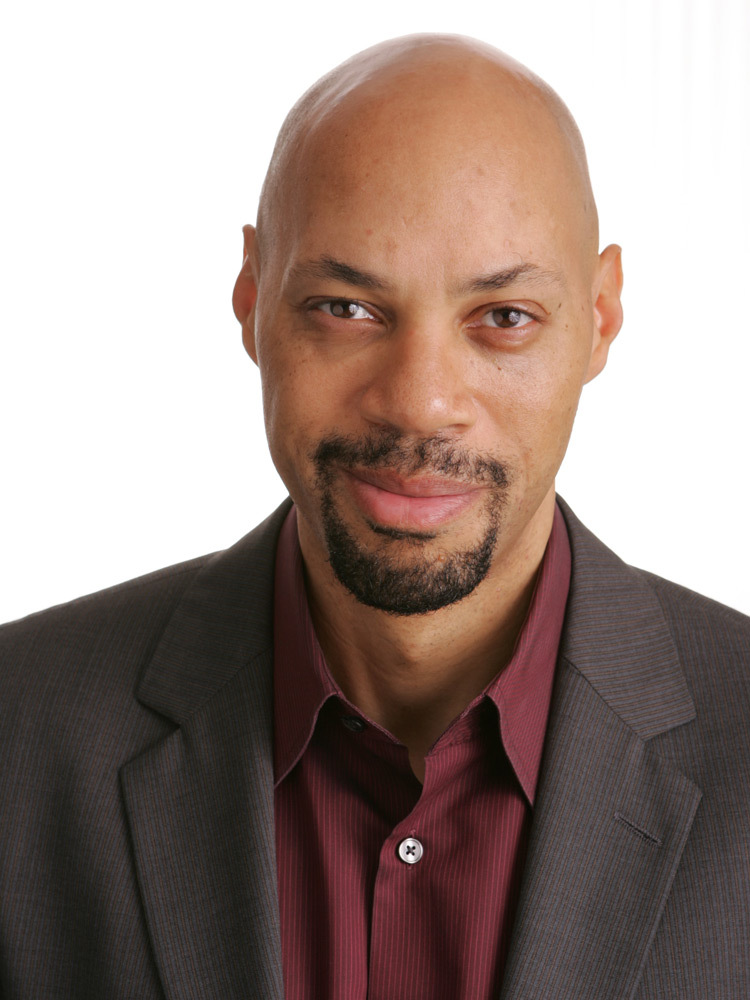 That, of course, makes London something of my own personal Wagner; terrific artist, lousy humanitarian. But at the time -- one after another -- the other "hopes" stepped up, shouldering their race's aspirations. And with equal regularity, Johnson dashed them, defeating all comers.

And then, in 1910, James Jeffries -- who'd previously put the dodge on Johnson by going into retirement -- grandly unretired largely at the urging of people like London. Jeffries announced to the world that he would "reclaim the heavyweight championship for the white race."

A hundred years ago, on July 4, 1910, on a specially built stage in Reno, Nev., Johnson and Jeffries squared off. The fight was called the "battle of the century," no matter that the century was only 10 years old. There were 16,000 people in attendance. Another 1,500 bum-rushed the gate. President William Taft was asked to referee the fight, but he wisely declined. The rumor at the time: There was a gunman in the audience. If Jeffries didn't drop Johnson, the gunman would.

Truth is, Jeffries was a lousy candidate to bear the standard for his race. He came into the fight overconfident and out of shape, the 110-degree temperature at fight time doing as much damage as the sharper Johnson. A fight that was originally scheduled for an amazing 45 rounds lasted only 15. After being sent to the canvas for the first time in his career, Jeffries quit rather than suffer the humiliation of a knockout.

This second great Independence Day was marred by white riots in the fight's aftermath that left dozens of people of color dead across America. But dead, too, was the notion of the great white hope, though its ghost still haunts us today.

For his involvement in all this, writer Jack London tends to get a historical pass. His racial politics aren't taught alongside his writings, which leaves that kind of educating up to the individual. Neither Johnson nor London was a perfect person. I teach my kids the wholeness of both. Some would say London's views aren't germane to his work. But 100 years later, I say helping to popularize the concept of the "great white hope" has had more of a cultural impact than "To Build a Fire" ever did.