Accessibility links
Movie Review - 'Despicable Me' - Oddly Adorable The latest kids' film to jump on the 3-D bandwagon is Despicable Me, starring the very strangely accented voice of Steve Carell and hundreds of what look like living, breathing corn puffs. NPR's Bob Mondello describes the film as what would happen "if Jules Verne somehow got into the Pixar toolbox." (Recommended) 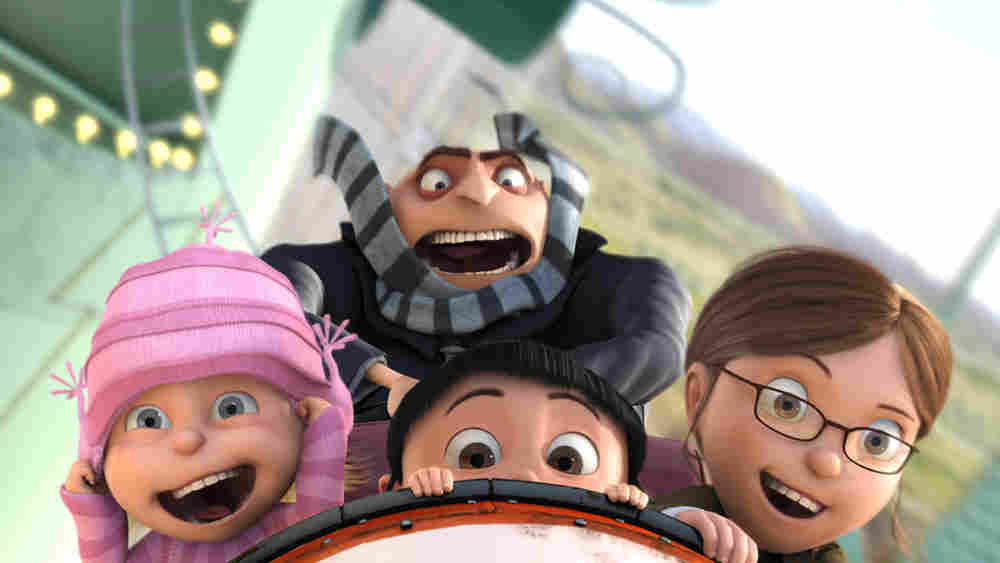 Hold On Tight: The irresistibly wacky Despicable Me is comedian Steve Carell's third performance in an animated feature, after Over The Hedge and Horton Hears A Who! Universal Studios hide caption

Gru is despicable -- on purpose. He means to be the biggest villain in the world, in fact, but he's not very good at villainy. And he's got competition.

So Gru, voiced in the agreeably offbeat new animated comedy Despicable Me by Steve Carell, gets no respect, not even from his mom (Julie Andrews), who calls him in his jet-car when she hears about the theft of one of the great pyramids of Egypt. Supposedly she's phoning to congratulate him -- but really she's reaching out to touch a sore spot (it wasn't Gru's caper) and torment her offspring with the fact that someone's a more successful villain than he is.

Gru's evil plans are nonetheless plenty big. Also inordinately complicated, involving shrink rays, bank loans, rockets and most of all minions. He's got hundreds of chattering little minions -- odd little helpers who look like really big smiling yellow pills -- and who cheerfully do their thoroughly misguided best to help Gru. This being an animated comedy, the results are usually not quite what he intended, and often they spell disaster for at least a few of their minion buddies.

For reasons complicated enough that you'll want to discover them for yourself, Gru also gets involved with three little orphan girls; technically he adopts them, but practically speaking they're in control, even when he's making the rules. 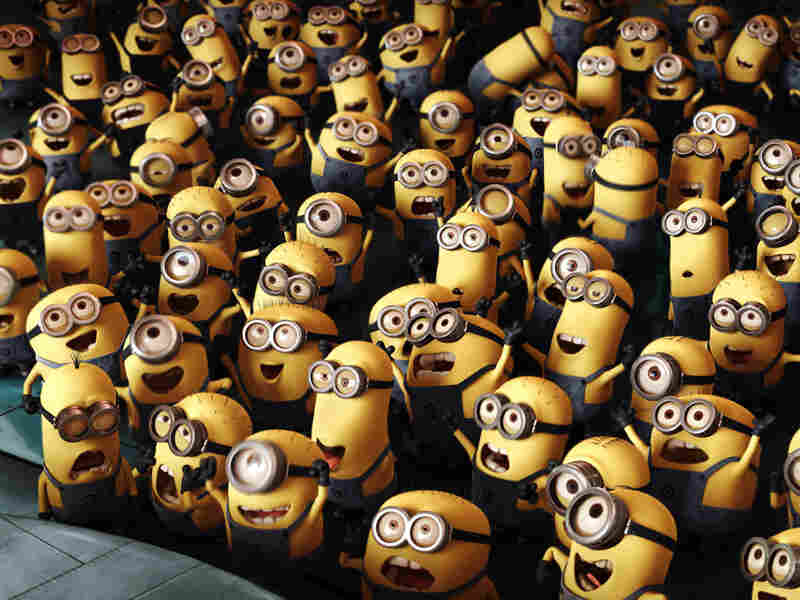 Pick Me, Pick Me! Much of the humor in Despicable Me is derived from these little corn puff-shaped creatures, and their ill-fated attempts at mischief. hide caption 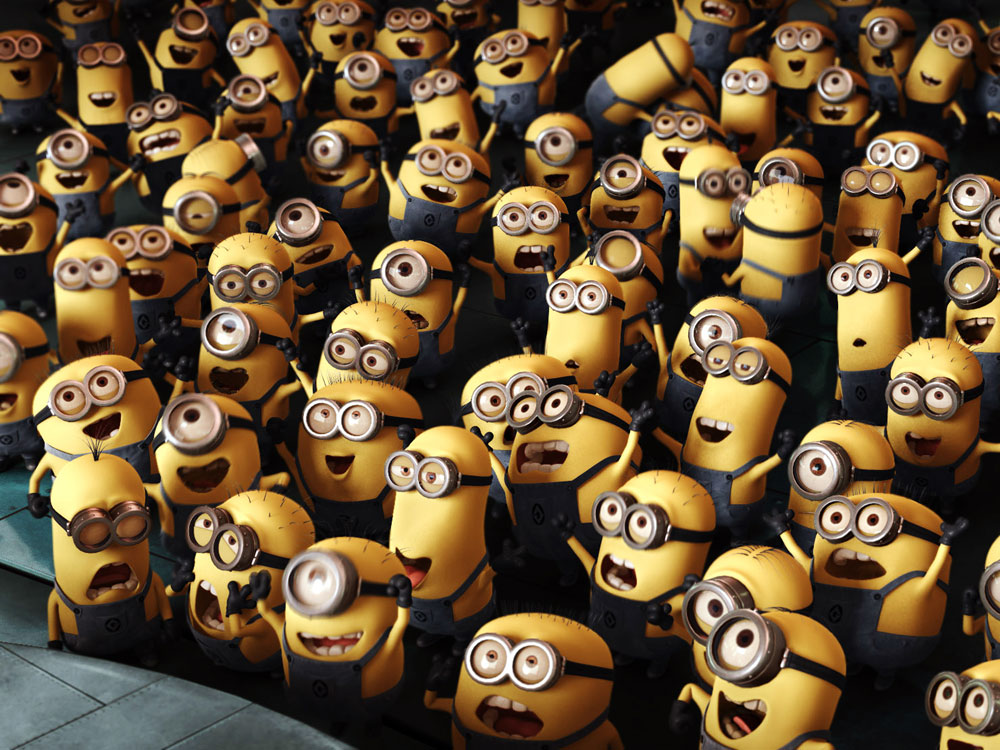 Pick Me, Pick Me! Much of the humor in Despicable Me is derived from these little corn puff-shaped creatures, and their ill-fated attempts at mischief.

It's all thoroughly adorable, and with an overlay that's nearly as odd as Carell's accent: Despicable Me looks a lot like other computer-animated pictures -- white picket fence suburbs, rounded characters, sleek and modern, but with a retro afterglow. Gru and his minions deploy all manner of weird contraptions -- that jet-car, which looks sort of steam-powered; cookie robots that skitter like insects -- as if Jules Verne somehow got into the Pixar toolbox.

The film does come from a French animation studio, so it makes sense that it would feel a little different. Also that the storytelling would take some unexpected turns -- villains with mommy issues and daddy trouble, shout-outs to Jaws and Spy vs. Spy. There are some tricky visual turns too, including a ride on a roller coaster that, if you see it in 3-D, will give you vertigo for sure.

And don't leave when the end credits start, or you'll miss the minions doing a nifty little deconstruction of 3-D. Judging from the mishaps that befall them during the picture, I'd have said these little yellow dudes were kinda dim, but they establish while the credits roll that they understand 3-D a heck of a lot better than the folks who made The Last Airbender or Clash of the Titans. Maybe they should try their little minion hands at directing. (Recommended)