Accessibility links
Martin Ginsburg's Legacy: Love Of Justice (Ginsburg) Supreme Court Justice Ruth Bader Ginsburg announced an opinion from the bench just 24 hours after the death of her husband because, she said, "Marty would have wanted it this way." Her marriage to Martin Ginsburg, who died June 27 at 78, was a 56-year marathon of love and support. 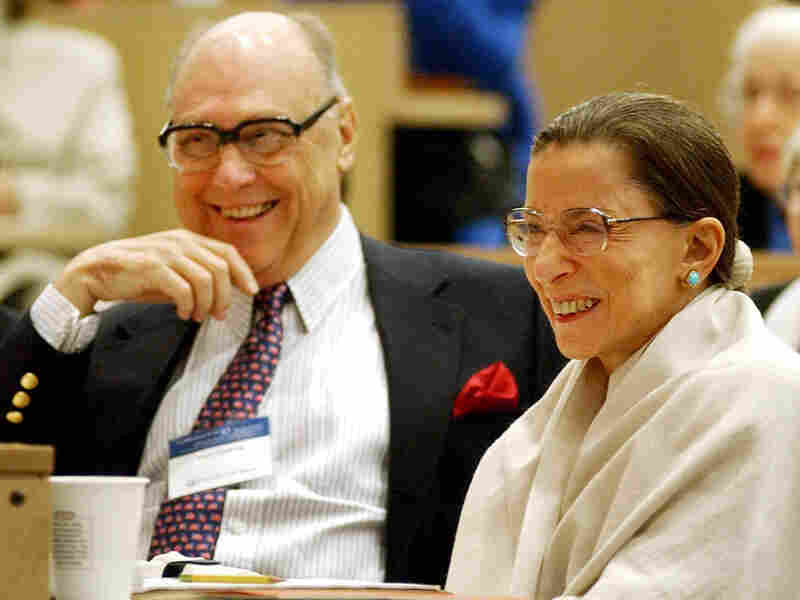 Justice Ruth Bader Ginsburg and her husband, Martin Ginsburg, at a Columbia Law School event in 2003, celebrating the 10th anniversary of her appointment to the U.S. Supreme Court. Ed Bailey/AP hide caption 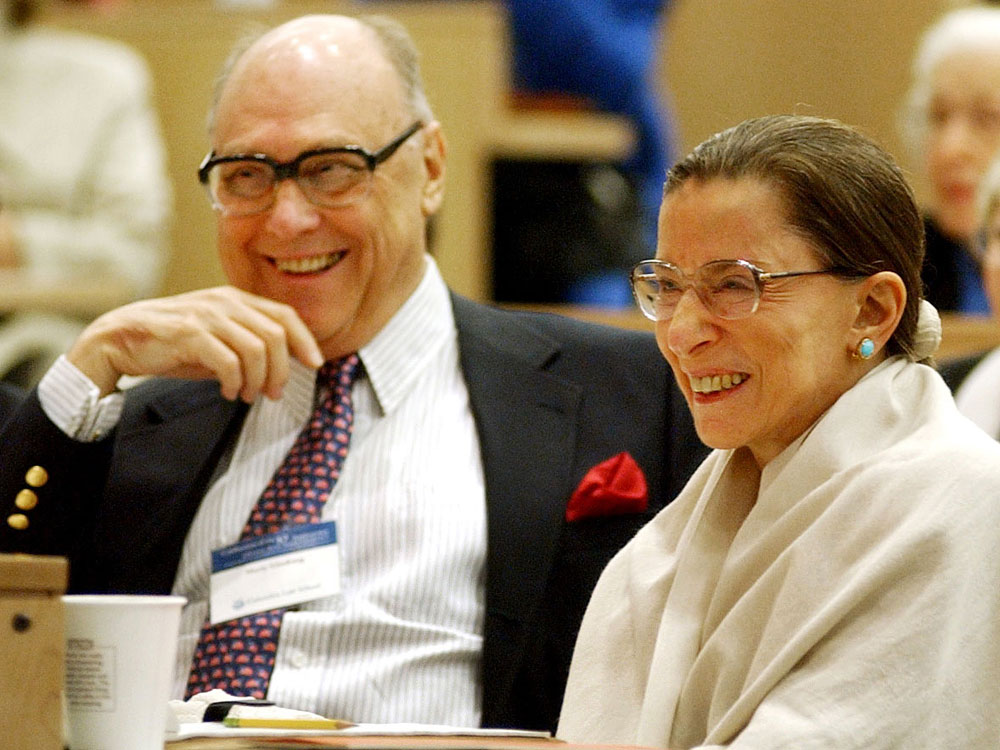 Justice Ruth Bader Ginsburg and her husband, Martin Ginsburg, at a Columbia Law School event in 2003, celebrating the 10th anniversary of her appointment to the U.S. Supreme Court.

On the last day of the Supreme Court term, less than 24 hours after her husband had died, an ashen-faced Justice Ruth Bader Ginsburg announced her opinion for the court in one of the term's major cases. She was on the bench, she told colleagues, because "Marty would have wanted it this way."

The Ginsburg marriage was one of those marvels of life, a 56-year marathon of love and support.

Martin D. Ginsburg met Ruth Bader on a blind date at Cornell. She was 17; he a year older. As he would later put it, she was a "top student." He was a "top golfer."

That characterization belied his intellect, and she would often say that he was the only person she ever dated who was interested in her brain.

Both were accepted at Harvard Law School, but when Marty Ginsburg was drafted, they went to Fort Sill, Okla., instead -- a diversion that he would later say proved "a stroke of good fortune."

"We had nearly two whole years far from school, far from career pressures and far from relatives, to learn about each other and begin to build a life," he said.

The couple quickly realized they were missing some essential skills. "I learned very early in our marriage," he said, "that Ruth was a fairly terrible cook, and, for lack of interest, unlikely to improve. Out of self-preservation, I decided I had better learn to cook."

Marty Ginsburg, in addition to becoming a famous tax lawyer, became a famous chef. Indeed, the couple's two children at an early age banished their mother from the kitchen.

The Ginsburgs complemented each other in ways too numerous to list. She was shy, introverted and soft spoken. He was witty and outgoing.

I think that the most important thing I have done is to enable Ruth to do what she has done.

Typical was his puckish description of why he moved teaching posts from Columbia to Georgetown Law School. His wife, he deadpanned, had been given "a good job" in Washington.

The Ginsburgs were partners not just in marriage, but in the law. It was a tax case that Marty Ginsburg brought to his wife's attention that set her on the path that made her famous: the legal fight for gender equality. When they won the case in the lower courts, the government appealed to the Supreme Court, declaring that if the decision stood, it would cast a cloud of doubt over literally hundreds of federal statutes that treated men and women differently.

"These were the statutes," he observed, "that my wife then litigated against to overturn over the next decade."

Marty Ginsburg was always promoting his wife. Clinton administration officials said it was his relentless and artful behind-the-scenes lobbying that brought Ruth Ginsburg's name into the mix of potential Supreme Court nominees in 1993.

In recent weeks, facing a losing battle with cancer, Marty Ginsburg wrote to his wife that setting aside parents and kids, "you are the only person I have loved in my life. ... I have admired and loved you almost since the day we first met at Cornell some 56 years ago."

Turning introspective about his own life, he told a friend, "I think that the most important thing I have done is to enable Ruth to do what she has done."