Accessibility links
The Fourth Of July And Other Myths Of Independence What actually happened on Independence Day? Did the rebels really wait until they saw the whites of British eyes at Bunker Hill? Historian Ray Raphael helps us debunk some of America's most popular — and believed — national creation myths. 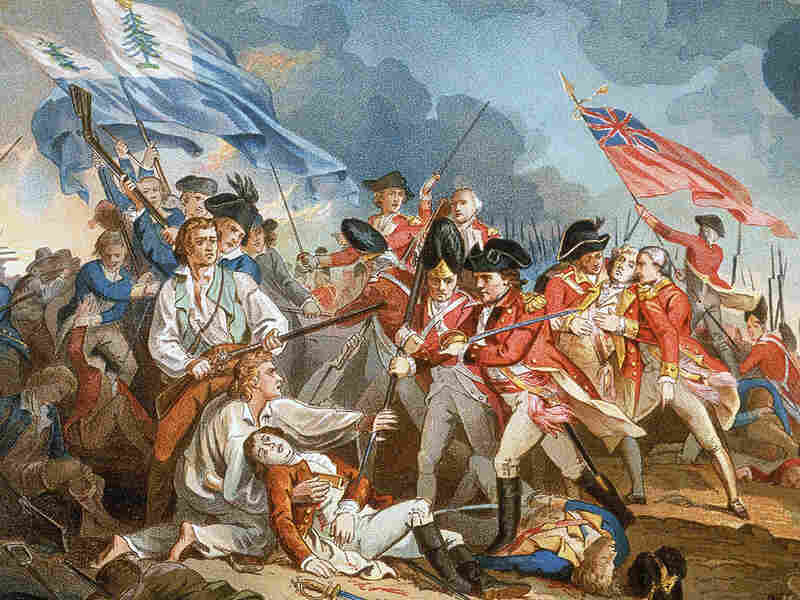 The Revolutionary War confrontation that was supposed to have taken place on Bunker Hill actually occurred on nearby Breed's Hill, as shown in this illustration of a 1775 painting by John Trumbull. Hulton Archive/Getty Images hide caption 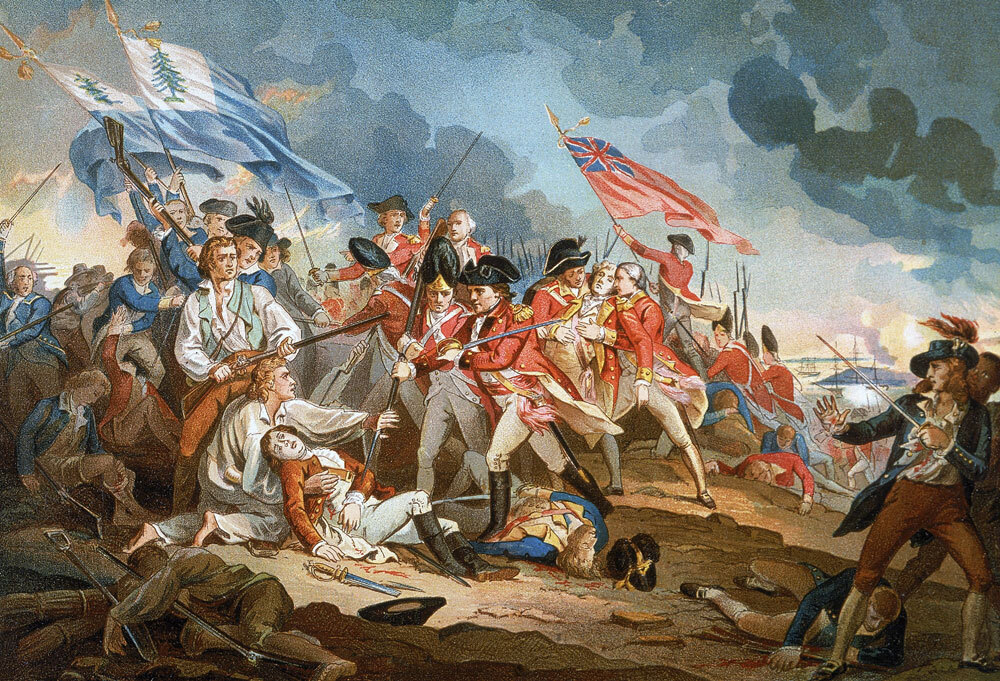 The Revolutionary War confrontation that was supposed to have taken place on Bunker Hill actually occurred on nearby Breed's Hill, as shown in this illustration of a 1775 painting by John Trumbull.

In his book Founding Myths: Stories That Hide Our Patriotic Past, Raphael explores the truth behind the stories of the making of our nation -- like how America ended up lighting fireworks on the 4th and not the 2nd.

Debunking The Fourth Of July

Raphael says that even the writers of the declaration expected July 2 to be the day that went down in history. 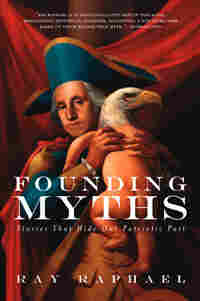 "Adams wrote a letter to his wife, Abigail, on the 3rd of July, the day after they voted for independence, saying the 2nd of July will always be remembered and will be celebrated with parades and illuminations and patriotic speeches," Raphael says. "He described the Fourth of July to the tee, but he called it the 2nd."

'The Whites Of Their Eyes'

Many Americans learn about the Battle of Bunker Hill way back in grade school. It is taught that it was the first major fight of the American Revolution, and that because the rebels were running low on ammunition, Col. William Prescott told them not to fire on the British until they saw the whites of their eyes.

The important thing is that apparently people had been saying that for years.

"It was a very common saying back in colonial times," Raphael says. "It was a figure of speech telling people, 'Don't fire until I give the command.' If they meant that literally, we would have been absolutely overrun."

In 1860, on the eve of the Civil War, American poet Henry Wadsworth Longfellow wrote "Paul Revere's Ride," a poem about the patriot's fateful ride in 1775 to warn the rebel forces of the British army's movements before the battles of Lexington and Concord.

He said to his friend, "If the British march
By land or sea from the town to-night,
Hang a lantern aloft in the belfry arch
Of the North Church tower as a signal light, --
One if by land, and two if by sea;
And I on the opposite shore will be,
Ready to ride and spread the alarm
Through every Middlesex village and farm ...

"Those lines, and that story, was concocted 86 years after the fact by Longfellow, who was trying to issue a call to arms for the Civil War," Raphael says. "In fact, Paul Revere was one of many riders that night." 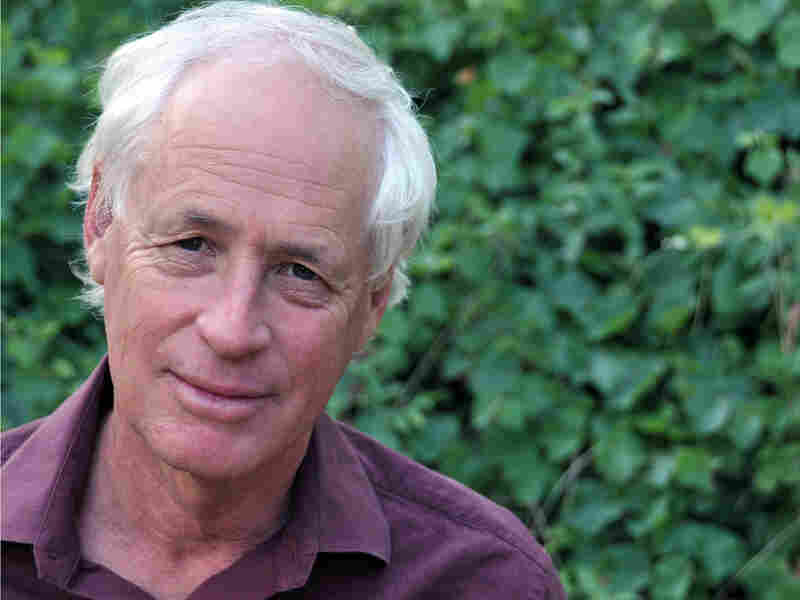 Ray Raphael is the author of 13 books, including Founders: The People Who Brought You a Nation. Marie Raphael hide caption 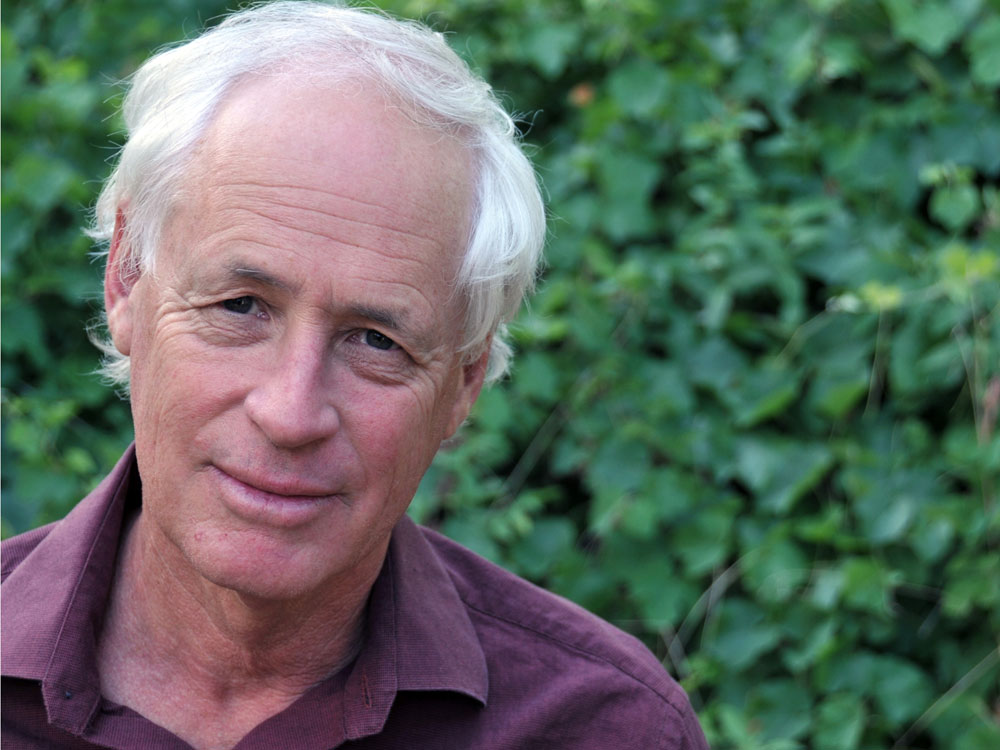 Ray Raphael is the author of 13 books, including Founders: The People Who Brought You a Nation.

Raphael also says Revere was not actually the one looking out for the signal lanterns -- it was somebody else, and "that somebody else just rode off and disappeared from history."

So how is it that with so much evidence stacked against them, these creation myths are still taken for truth today?

"They were meant for kids, and that's where we still learn them," Raphael says. "Most of us really have ingrained our history from that childhood experience, and we just don't move beyond it."

But mostly, he says, they're just really good stories.

How nice it would be to discover a true heroine of the American Revolution. We have tried Betsy Ross, the woman who supposedly made the first American flag, but that story is now discredited. We honor Abigail Adams, who cajoled her husband to "Remember the Ladies," but Abigail enters the story as the wife of a famous man and she never went near a battlefield. We would like to celebrate Deborah Sampson, who dressed as a man to enlist in the army, but if truth be told, some female soldiers were unjustly drummed out to the "whore's march" once their identity was uncovered.

Our preferred heroine, if we could find her, would have braved enemy fire in a famous battle -- dressed as a woman, not a man. This is not too much to imagine. Try to picture, for instance, the Battle of Monmouth, where men are suffering from the heat as well as from enemy fire. A woman passes through the thirsty and wounded troops with a pitcher of nice, cold water. Perhaps, when her husband falls while manning a cannon, our heroine takes his place and continues to fire his weapon. This, of course, inspires the rest of the soldiers to continue fighting in the face of mortal danger. In the end, after the battle is over, George Washington naturally bestows a medal on our lady warrior -- perhaps even making her an officer.

This is the heroine we would like to celebrate -- and we do. We have not only dreamed up such a tale, but we have convinced ourselves it is true. Although it would have shocked all her contemporaries, a current middle-school textbook pronounces point-blank that

Mary Ludwig Hays McCauly, a poor "camp follower" from Carlisle, Pennsylvania, was the "best known" woman to serve on Revolutionary War battlefields. Another text tells her story: "Mary Ludwig Hays McCauly took her husband's place at a cannon when he was wounded at the Battle of Monmouth. Known for carrying pitchers of water to the soldiers, McCauly won the nickname 'Molly Pitcher.' Afterward, General Washington made her a noncommissioned officer for her brave deeds." A third text shows a picture of two women soldiers, one wearing a long dress and the other clad in modern military fatigue. The captions read, "Past: Molly Pitcher" and "Present: Women marines served in the Gulf War."

So eager we are for a Revolutionary heroine that we have made Molly Pitcher, a folk legend, into a real person. Out of six elementary and middle school texts, all published since 2002, five include the story of Molly Pitcher, and four feature vivid pictures, including one of Molly's dress flowing in the wind as she plunges a ramrod into a cannon. These images were painted in the mid- to late-nineteenth century; now, thanks to high-quality color reproduction, they provide our textbooks with visual "evidence" of a female presence in the Revolutionary War. Because these paintings appear suitably oldfashioned and quaint, any differences between the Revolutionary and Victorian eras are easily overlooked. The key concept -- what really excited the artists -- is the juxtaposition of masculine and feminine imagery: a figure bearing prominent female features (in some of the paintings, Molly's breasts are partially exposed) braves the grit of the battlefield to master the ramrod and cannon. If a real woman can fight like this, these artists tell us, real men can hardly fail to follow suit.

One volume of Macmillan's "Famous Americans Series," intended for a juvenile audience, reveals Molly Pitcher's perfect blend of masculine and feminine virtues. Just as thirsty soldiers at Monmouth were beginning to give up hope, they heard a woman speak:

"Let me give you a drink," said a voice. "I'll hold up your head. Come, now, drink from my pitcher."

They drank and lived. Then other fallen soldiers drank from that pitcher. And others and others until it was empty.

"I will get more," the woman said. "The well is near. It is just across the road. Call me if you want another drink. Just say, 'Molly' -- I will come to you."

The sick men whispered her name to others. Before long many feeble voices were calling, "Molly! Molly! Pitcher! Pitcher!" Sometimes these calls were just "Molly Pitcher, Molly Pitcher."...

A hundred fallen men were kept alive by that water. Some were able to fight again. All blessed the woman who saved them.

When her husband was also overcome by the heat, the story continues, Molly volunteered to fire his cannon in his place:

Her dress was black from gunpowder. There were smudges on her face and hands. She paid no attention. Her cannon must be fired!

Once the battle had ended, the commander-in-chief himself honored the army's new heroine:

General Washington took her powder-stained hand in his. He smiled at her and spoke kindly.

"Mrs. Hays, the courage you showed yesterday has never been equaled by any woman. Your kindness has never been surpassed. You were an angel of mercy to suffering men. You were a pillar of strength at the cannon, with the skill of an experienced gunner. … Therefore, I make you a sergeant in this army. And I now pin this badge of honor upon you."

There was silence until this was over. Then a thousand soldiers began to cheer.

Here is the tale writ large. In this children's biography, Molly Pitcher takes her place beside Abraham Lincoln, Albert Einstein, Babe Ruth, and thirty other "famous Americans" featured in the same series of biographies. There is one significant difference, however, between Molly Pitcher and the others: all the rest were real people, while Molly is only a myth. 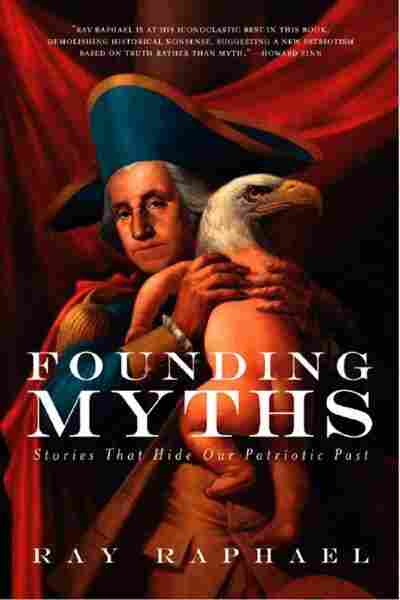 Stories That Hide Our Patriotic Past