Warning: getimagesize(https://media.npr.org/assets/artslife/movies/2010/07/i-am-love/Two Way/swinton-red-2_custom-07b150c9a2127d813070c6d383e6f24ce85d4bf7.jpg): failed to open stream: HTTP request failed! HTTP/1.0 400 Bad Request in /var/www/html/src/Views/CommonJsonldView.php on line 100
 Tilda Swinton, The Big Screen's True Transformer : NPR
Accessibility links
Tilda Swinton, The Big Screen's True Transformer The chameleonic actress takes on the role of Emma Recchi, the Russian wife of a textiles magnate from Milan, in I Am Love, her latest movie. She talks to NPR's Jacki Lyden about living with change, learning new languages and feeling comfortable in her own skin. 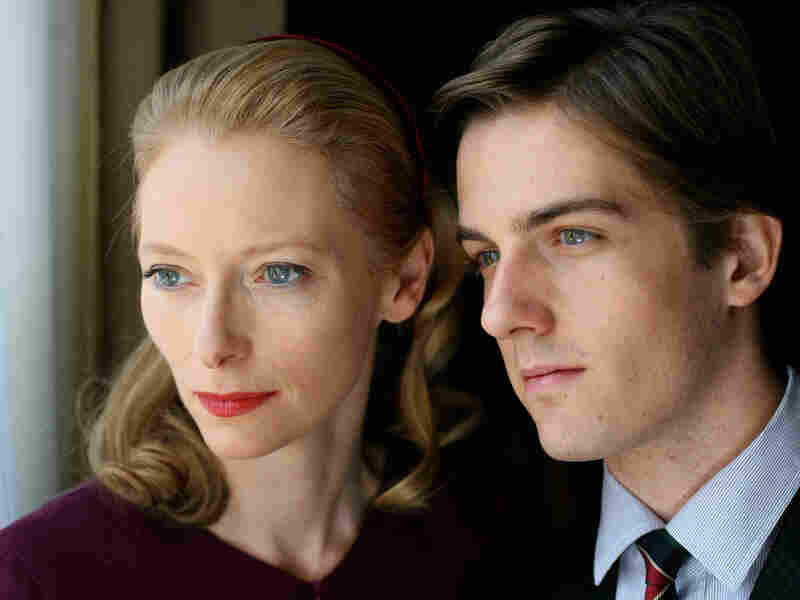 Everything Is Illuminated: Tilda Swinton's Emma Recchi and her son Gianluca (Mattia Zaccaro) learn to see love and family in a new light in the film I Am Love. Magnolia Pictures hide caption 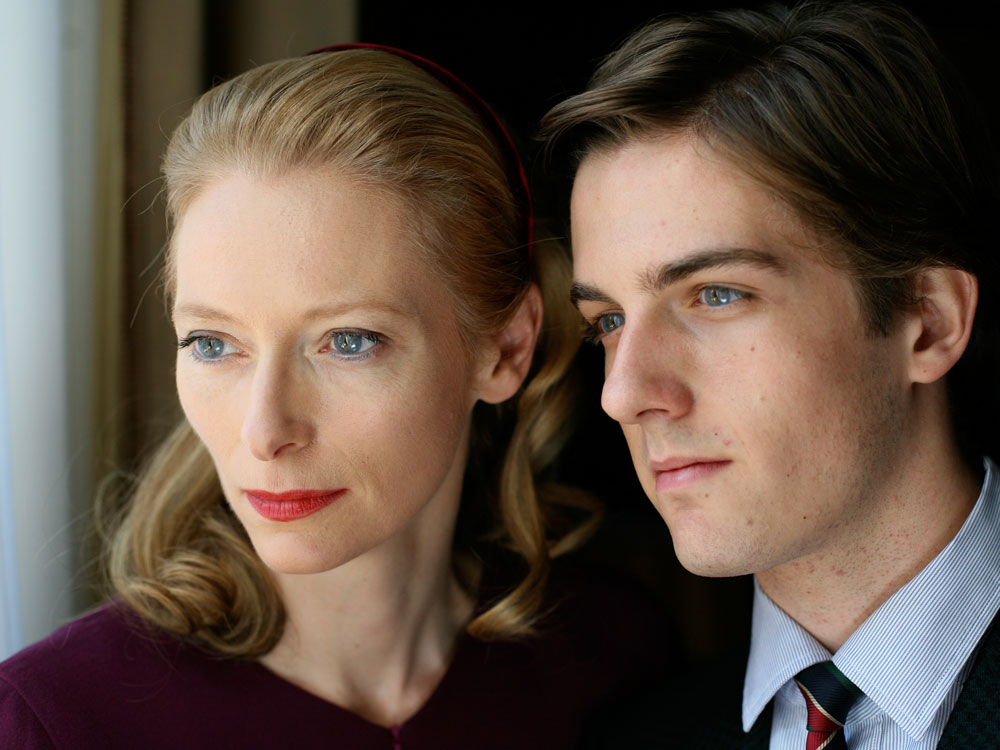 Everything Is Illuminated: Tilda Swinton's Emma Recchi and her son Gianluca (Mattia Zaccaro) learn to see love and family in a new light in the film I Am Love.

On film, the chameleonic actress Tilda Swinton has played everything from an American alcoholic (Julia) to a Narnian witch (The Lion, The Witch and the Wardrobe). For her newest onscreen outing, I Am Love, she transforms into Emma Recchi, the Russian-born wife of a Milanese textiles magnate. The role was something of a stretch.

"Nothing in my upbringing was really useful at all for the portrait of Emma, I have to say," she tells NPR's Jacki Lyden. "My family is from the lowlands of Scotland, and is cash-poor, land-rich -- you know, very much a different kind of kidney altogether. This film is about a high-capitalist, haut-bourgeois milieu, which is really anathema to me. I'm as much a foreigner in it as anybody would be."

Then again, Emma too is a stranger in the environment she's found herself in.

'I Am Love': Scenes And Reviews

'Can I Tell You Something?'

"She's come as an outsider into this world," Swinton says, "and she's learned how to walk the walk and talk the talk. But she's an infiltrator, and a fraud, to a certain extent."

If Swinton shared Emma's sense of being an outsider, she didn't share her language -- or rather, either of her languages. The actress had to convincingly speak both Russian and Italian in the film.

Stepping outside her linguistic comfort zone is nothing new to Swinton -- both literally and metaphysically. "I'm very often working outside my own language," she says. Even when the actress plays an American character, she says, doing so doesn't feel natural.

In fact, "I would imagine that I would only feel at ease in my own language if I was playing mute," says Swinton.

Clearly, Swinton is adept at transforming herself for each film in which she appears. But in her mind, the protean work is no voluntary thing.

"For me," she says, "transformation is inevitable. That's what I find really fascinating about life, and I have since I was really very small. And I'm always interested when people fantasize that they can deny that it exists, or that they can have any control over it, or that change might be a choice. Change is the only thing we have, it seems to me, and it's with us all the time."

Long before attracting worldwide attention with her appearance in The Lion, The Witch and the Wardrobe and her Oscar-winning turn in Michael Clayton, the protean Swinton was an art-house icon, not least for her work in the films of Derek Jarman and her performance in the title role in Sally Potter's Orlando — a character who changes genders midway through the story. Orlando, based on Virginia Woolf's novel, gets a limited re-release this summer. Michael Gottschalk/AFP/Getty Images hide caption

Change as a concept plays a large role in I Am Love as well. At the beginning of the film, Emma is a buttoned-up, glamorous woman constantly clad in pearls and gorgeous outfits created by Jil Sander. By the end -- without giving too much away -- the character looks and conducts herself entirely differently.

Swinton remembers talking to a friend who thought Emma's gradual metamorphosis was "tragic." Other friends, though, took something different from the story: Swinton says that they "believe that at the beginning of the film, Emma is a doll, and by the end she actually feels real."

The poignancy of that change should resonate with anyone who sees the film, Swinton thinks -- even if they sometimes can't understand what its characters are saying.

"I think both Luca and I would really like to think of it as an intergalactic film," she says, referring to its universality. To that end, I Am Love is emphatically "not a documentary," says Swinton -- it's more like a fairy tale.

"It of course occupies a semi-realistic space. It does talk about a kind of milieu that really does exist, or really did exist," she says. But the film's main goal is "to touch people from everywhere."