Accessibility links
Thurgood Marshall Jr. Sheds Light On Father Elena Kagan's stated admiration for Thurgood Marshall, the Supreme Court justice she once clerked for, became the focus of much scrutiny during her confirmation hearings. Marshall's son talks about the late justice's true legacy, and his relationship with Kagan. 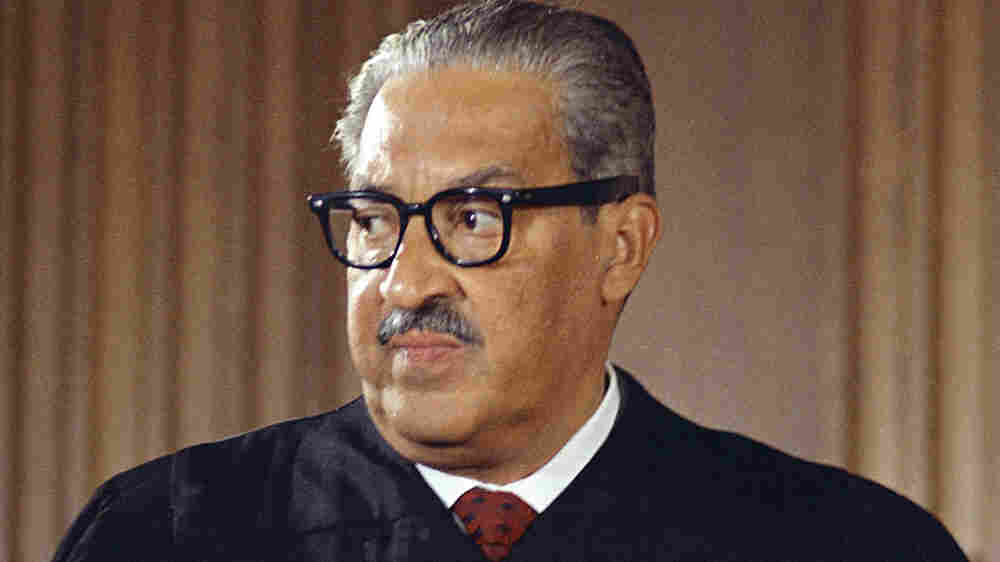 Elena Kagan's stated admiration for Thurgood Marshall, the Supreme Court justice she clerked for in the 1980s, became the focus of much scrutiny during her confirmation hearings. Charles Tasnadi/AP hide caption 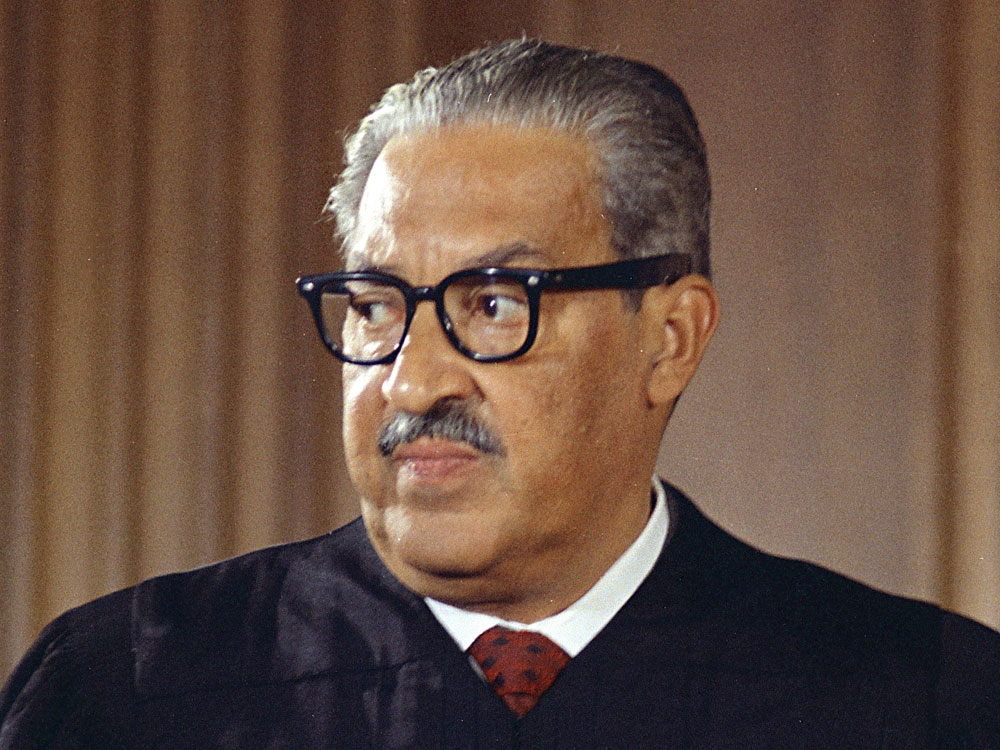 Elena Kagan's stated admiration for Thurgood Marshall, the Supreme Court justice she clerked for in the 1980s, became the focus of much scrutiny during her confirmation hearings.

The confirmation hearings this week before the Senate Judiciary Committee were supposed to focus on Supreme Court nominee Elena Kagan. But -- on more than one occasion -- her Republican questioners got derailed, focusing instead on the career of another legal figure: Justice Thurgood Marshall.

Kagan's clerkship for Marshall in the 1980s and stated admiration for the justice became the target of pointed questioning. Republican Sen. John Cornyn of Texas at one point said, "It's clear that [Marshall] considered himself a judicial activist and was unapologetic about it. He described his judicial philosophy as 'do what you think is right, and let the law catch up.' "

Cornyn went on to ask Kagan if she thought Marshall’s statements were "disrespectful."

Host Michel Martin spoke with Thurgood Marshall Jr., the son of the late justice, for his thoughts. The younger Marshall was in the room to support Kagan through the hearings.

Asked if he thought the characterizations of his father have been fair, Marshall said, "He certainly fought hard for the issues that he believed in and he pursued those fights with fervor on the one hand, but with great respect for the rule of law and for the role of the court. So I believe it's a bit of a misstatement that he was 'results oriented.' "

Kagan, in fairness, did mention her admiration for Marshall several times prior to the hearings. So the affiliation was fair game for the committee, Marshall acknowledged, but the frequency with which it was raised, he said, was "a bit odd."

"The issue for the week was Solicitor General Kagan's qualifications, experience and her views, and there got to be an element of almost guilt by association, which was not present when other former law clerks who served in my father’s chambers were considered by the Senate Judiciary Committee," Marshal said. "I suspect that part of the reason that did not come up in the prior hearings was that those two former Marshall law clerks were nominated by President Reagan."

But on the subject of the relationship between the justice and his clerk -- it was undeniably close, said Marshall.

"My father regarded all of his law clerks like family, and he was especially fond of Elena during her clerkship and after her clerkship," he said. "I think the best indicator of his level of respect was not only when they earned the moniker 'knucklehead,' but Elena earned her own personal nickname of 'Shorty' from him."