Accessibility links
Kagan's Wit Helps Her Court Favor In between arguing about the commerce clause and explaining the meaning of interlocutory appeal, Supreme Court nominee Elena Kagan delivered some very funny lines over 17 hours in a Senate hearing room. 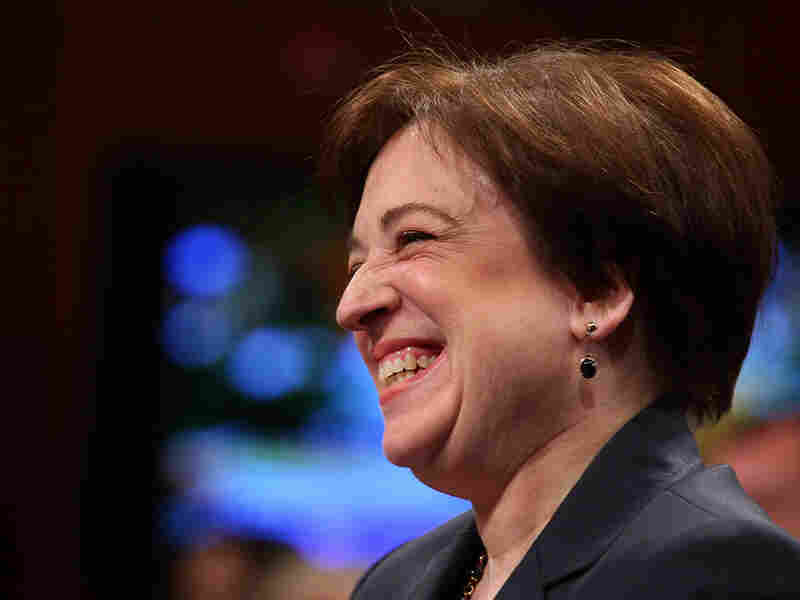 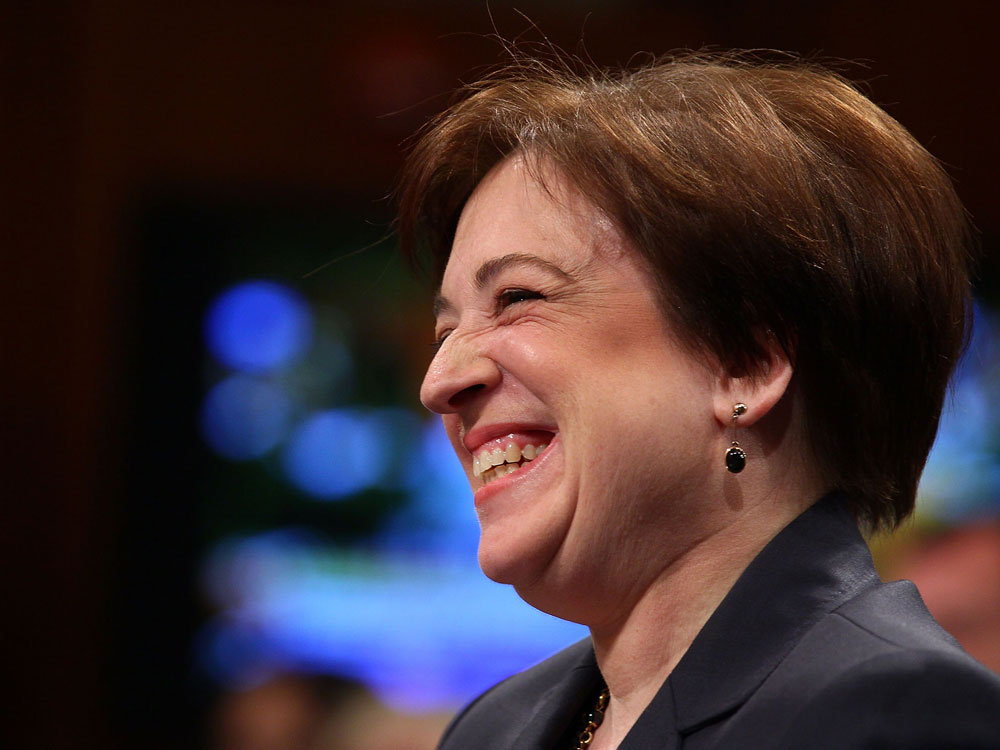 Supreme Court nominee Elena Kagan answers questions from members of the Senate Judiciary Committee on the second day of her confirmation hearings on Capitol Hill.

In between arguing about the commerce clause and explaining the meaning of interlocutory appeal, Supreme Court nominee Elena Kagan delivered some very funny lines over 17 hours in a Senate hearing room.

Kagan put on a charm offensive along with her interview suit at the Senate last week.

Perhaps the best moment of her testimony came at the friendly hands of South Carolina Republican Lindsey Graham.

When Graham started to ask Kagan about a failed al-Qaida bomb plot on Christmas Day, it was not at all clear where he was heading.

"I just asked you where you were at on Christmas," Graham clarified.

"You know, like all Jews I was probably at a Chinese restaurant," Kagan replied, to an eruption of laughter in the hearing room.

Feinstein started easy. "Now, I want to just have a little heart-to-heart talk with you, if I might," the senator began.

"Just you and me?" Kagan asked.

Then Senate Judiciary Chairman Patrick Leahy jumped in with the last word: "Don't anybody in the room listen."

New York's Charles Schumer pointed out that Democrats want Kagan to be a counterweight to decades of conservative hegemony when it comes to courtroom humor.

"There was a recent study I read," Schumer said, "that showed when he sits on the Supreme Court bench hearing cases, Justice Scalia gets the most laughs."

"He is a funny man," Kagan declared.

Schumer followed up: "If you get there, and I believe you will, you're going to give him a run for his money."

And there was a moment that rendered Arlen Specter of Pennsylvania momentarily speechless.

Specter brought up the subject of televising Supreme Court proceedings, which some justices have opposed.

Specter asked Kagan to remind her potential colleagues of television appearances and book signings and all manner of public appearances they made after joining the high court.

Kagan had other concerns in mind. "It means I'd have to get my hair done more often, Sen. Specter," she said.

Specter paused. "Uh ... Let me commend you on that last comment. And I say that seriously. You have shown a really admirable sense of humor and I think that is really important."

Kagan, who's affectionately called "Lady Kaga" by legal blogs, got more comfortable as the hours ticked by. She even got, well, a bit cheeky with Leahy.

"Did you want to take a break before we go to some of the others?" Leahy asked near the end of a long day.

But Kagan seemed to come away with a positive impression.

"I hope you found it informative," she told lawmakers. "I found it somewhat wearying but actually a great moment in my life."

She'll find out how great when the senators vote on her nomination.