Accessibility links
Parents Fight for Autism Insurance Coverage Insurance for autism therapies and treatment is limited in many areas. But a growing number of states are mandating more complete coverage. In South Carolina, a small group of parents got big results. 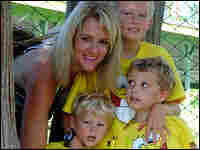 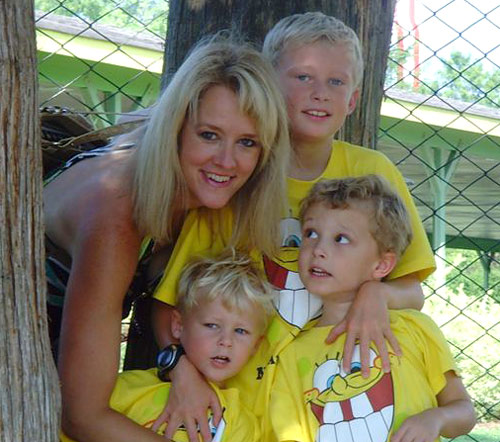 Lisa Rollins and her three sons (clockwise from top), Matthew, age 9, Walker, 5, and Etheredge, 3. Walker is being treated for autism.

As more children are diagnosed with autism, public schools face new challenges in educating them.

Coverage for the therapies and treatment associated with autism is limited in most states. But a growing number of states are mandating more complete coverage for this condition.

South Carolina just passed a law requiring greater coverage. Three mothers of autistic children joined together to write the bill and push it through the legislature, over the governor's veto.

One of those parents is Lisa Rollins, whose 5-year-old son is being treated for autism. The treatments, averaging about $5,000 per month, weren't covered by her insurance, Rollins says.

"Once he was diagnosed and the insurance company learned that it was as the result of autism, they actually removed the coverage," she tells John Ydstie.

The insurance companies contended that autism was "strictly an educational issue and that it was not a medical problem," she says.

"Autism is diagnosed by a medical physician, it's not diagnosed by a principal," Rollins says. "It is also an organic brain dysfunction. It is not an educational issue…."

Large employers and insurers resisted the South Carolina proposal to cover autism, saying it would cost too much. Gov. Mark Sanford agreed, and vetoed the measure.

Rollins says the parents who backed the bill argued that autism is similar to a stroke or to Alzheimer's disease, neurological conditions that are covered by insurance.

"We also pointed out to legislators that it was the economically smart thing to do, because these early interventions can make the difference between a child going to a residential care-type of institution, nursing home facility, for the rest of their lives or being able to be a typical kid and be therefore a contributing member of society."