Accessibility links
Retail Guru Knows 'What Women Want' Women are wealthier, more powerful and more independent than ever. In What Women Want, Paco Underhill explains that smart businesses are adapting to accommodate women -- a group that makes up more than half of their customers, in many cases. 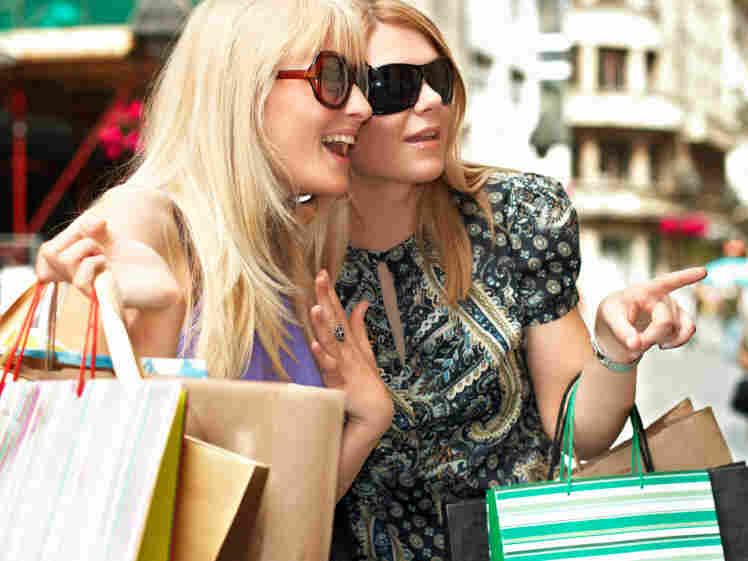 What's the contemporary woman looking for in a mall? According to Paco Underhill, a safe form of escape. iStockphoto.com hide caption 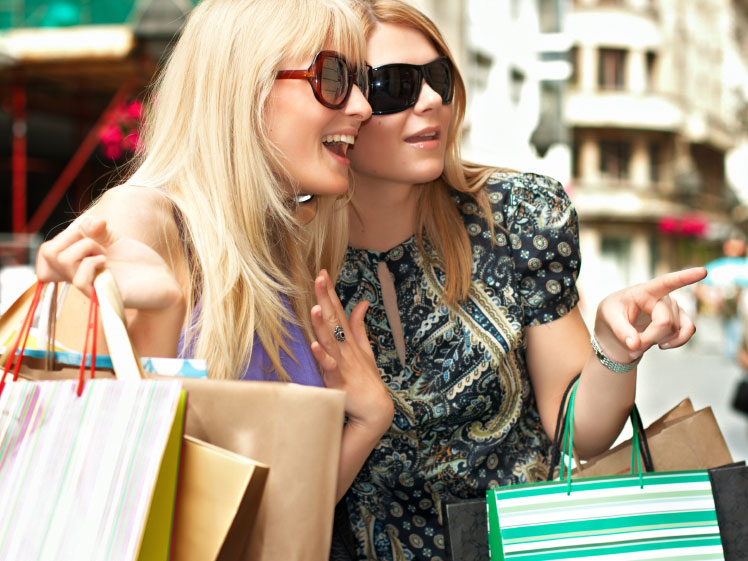 What's the contemporary woman looking for in a mall? According to Paco Underhill, a safe form of escape.

Women are wealthier, more powerful and more independent than ever.

In What Women Want, Paco Underhill explains that smart businesses are adapting to accommodate women -- a group that makes up more than half of their customers, in many cases.

No business, he argues, can afford to ignore the power of women. No matter what the product in question -- cars, appliances, homes, hotels, restaurants, banks, homes, clothing -- retailers must focus on what women want.

Businesses have already made changes to reflect women's desires. Take, for example, hotel bathrooms. The shower curtains at many hotels once hung from straight rods over the bathtub. Now, you'll often find shower rods that bow out, where the curtains hang on a curved track. 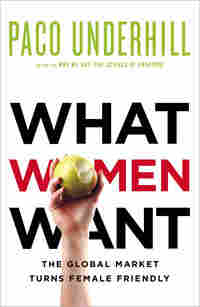 But how is that about women?

"When you check into a hotel," Underhill asks NPR's Neal Conan, "are you conscious that there have been 365 strangers staying in that hotel room over the past year since you checked in?"

Men may not be, but women often are. And if you think about what gets touched, washed or wiped down in a hotel room, the shower curtain isn't likely to be on that list.

Underhill believes the concern about hygiene is something that is wired into women's systems. The bowed shower curtain is an improvement, then, because it doesn't touch you while you wash.

Hoteliers have made additional changes to accommodate women -- particularly female business travelers, who are some of the most brand conscious customers around. In addition to hygiene, another of their primary concerns is security.

"If I'm checking into the Marriott O'Hare and somebody says 'Mr. Underhill you're in room 722,' in a loud voice, I don't have a security alarm that goes off in my head." But if you're a woman, it may.

So, now, customers at check-in typically receive a small folder with a keycard, with the room number discreetly written, not delivered aloud. That, says Underhill, is a nod to the power of the female consumer, who must be understood. If "you fail her," and make her feel insecure, "she doesn't forget it."

In 2005, a magical statistic stood out: for the first time in history, young women under the age of thirty in the largest American cities overtook men in earning power.

It was a shift that began in the late 1990s in urban areas like Los Angeles and Dallas. By the year 2000, it had migrated to New York City, when male and female wages came in more or less at a dead heat. Five years later, full-time working females between the ages of twenty-one and thirty living in one of the five boroughs of New York City brought home 117 percent of the wages of equivalent working males. To put it another way, for every guy pulling in a median salary of $30,560, an equivalent female was banking $35,653. And Texas isn’t associated with big bucks, big hair, and big everything for nothing. In Dallas, women’s wage earning advantage over men was 120 percent -- the highest in the nation.

Pay inequities between men and women? Everyone knows they’re still out there. But in early 2009, President Obama signed an equal-pay bill designed to end gender-based income disparities. It’s way overdue.

This increase in female earning power parallels employment figures around the globe. Starting in the United States, with its current 2009 employment of 8.5 percent, the chances of being twenty-five years old and gainfully employed are higher if you’re a female than a male. These odds go up even further if we don’t consider immigrant, African-American, and Latino populations. Economic hard times favor females, too. During the recent recession, 82 percent of job losses befell men, who tend to be disproportionately represented in industries like construction and manufacturing. Historically, women are apt to work in fields such as education and health care, which are more resistant to economic swings.

One of the things I find fascinating about traveling overseas is observing how gender differences show up in various countries. In Brazil, as in the United States, the unemployment rates for men are much higher than they are for women. In the Philippines, lower-class females can find work as domestics and childcare workers around the world, while the undereducated Filipino male has been completely marginalized.

Here’s an obvious fact: The more highly educated you are, the better chance you have of being successfully employed in a well-paying job. Male or female, if you didn’t manage to make it through high school, your unemployment rate hovers around 73 percent. A high school diploma raises your chance for some kind of employment by nearly 5 percent, but with a college or grad school degree, your professional opportunities go through the roof.

This could be one reason why women are pulling so far ahead in colleges and graduate schools. Currently 140 women are awarded bachelor degrees for every 100 men in the United States. It’s a gender gap that’s only expected to increase. Between 1969 and 2000, the number of male undergraduates increased by only 39 percent. At the same time, the number of female undergraduates rose by 157 percent. Females today are outpacing males in practically all post secondary institutions, and also within African-American communities, where, according to one study, two university-educated women exist for every university educated-man.

Part of it can be attributed to the learning disabilities that are epidemic among young males. As of the early part of the twenty-first century, boys are nearly two and a half times more at risk than girls to suffer from reading disabilities. Dyslexia and autism spectrum disorders? Ten percent for boys as opposed to 6 percent for girls. In the United States, boys are also three times more likely than girls to be referred to a special education class, and twice as likely to have to repeat a school year (granted, sociodemographic factors, including the age of the parents and their own educational levels, can rearrange these statistics).

Then there’s ADHD, short for attention deficit hyperactivity disorder. It covers a broad spectrum of diagnostic symptoms, ranging from inattentiveness to poor impulse control to restlessness and distractibility. Who gets it? Boys, mostly. It’s just a fact. No one seems to know why, though there are a lot of theories bouncing around. Some educators believe that the norm for classroom behavior in grades K through 6 -- shhhh … concentrate … focus … -- jives perfectly with the average young female temperament. Most little girls are comfortable sitting; little boys tend to squirm, fidget, and daydream. Whether we’re talking about hyperactivity or dyslexia, often young boys aren’t in their natural groove in the classroom while their female classmates thrive, which may ultimately help explain why females are making such educational giant steps.

Another critical women are making such headway in their careers -- and really, I can’t emphasize this enough -- is babies. Or rather, the lack of them. Or rather, the option to choose if, when, and with whom you have one. We’ve stepped over a magical line in the history of our own human species. Thanks to birth control, we’ve decoupled sex from procreation and moved away from biology. Female sexuality, the reproductive kind, is in flux and in play. If you harbor any doubts, rent and old season or two of Sex and the City, or watch the movie. After graduating college or getting an advanced degree, many young women are in no hurry to pair up and settle down, which gives them the time, space, momentum, and luxury to pursue a professional track and make good money at it, too, at least in major American cities, where the social pressures to settle down and procreate aren’t as great in smaller or more rural areas of the country.

The ability to control the reproductive aspect of our lives has fundamentally changed some of the premises rooted in human beings as far back as the caves of East Africa. In my opinion, this isn’t good or bad -- it just is.

It has also transformed our world as we know it.