Accessibility links
Is It Easier For Some Athletes To Suffer Brain Damage? Doctors revealed recently that Cincinnati Bengals player Chris Henry, who died last December, suffered from a chronic brain injury. If we can find a way to discover which players are more susceptible to permanent damage from head hits on the field, sports would become more tolerable entertainment, says commentator Frank Deford. 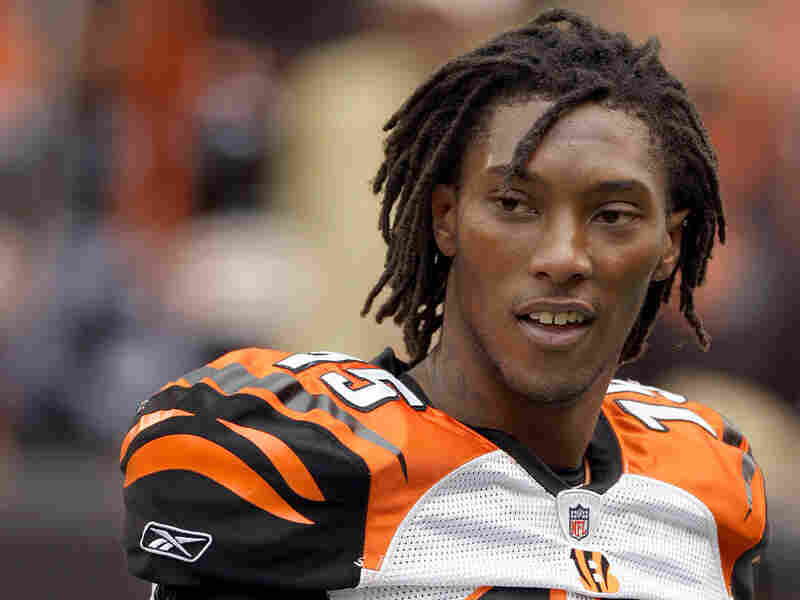 Cincinnati Bengals wide receiver Chris Henry died on Dec. 17, 2009, from injuries he suffered after falling out of the back of a pickup truck. West Virginia University researchers say he suffered from chronic traumatic encephalopathy. Amy Sancetta/AP hide caption 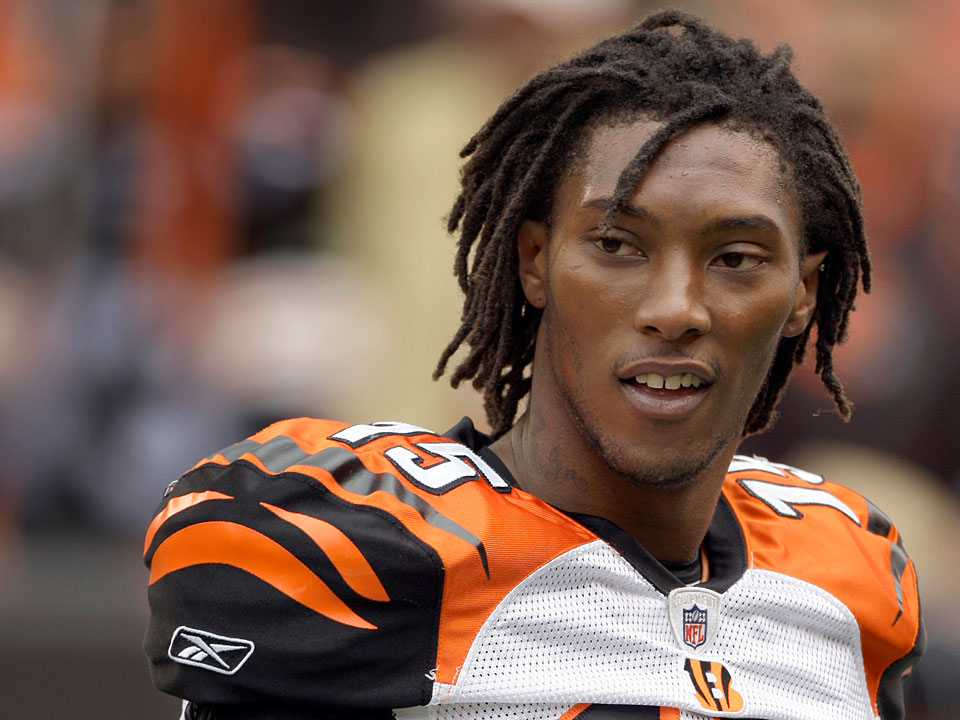 Cincinnati Bengals wide receiver Chris Henry died on Dec. 17, 2009, from injuries he suffered after falling out of the back of a pickup truck. West Virginia University researchers say he suffered from chronic traumatic encephalopathy.

An autopsy has shown that Chris Henry, the young Cincinnati Bengal who died a few months ago, suffered what is called CTE –– chronic traumatic encephalopathy –– which means, more simply, that his brain had been traumatized.

CTE can be diagnosed only in the brain tissue of cadavers, and 22 deceased former NFL players have been identified as having had it. Studies also show that elderly men who played football have four times the rate of dementia as do other U.S. males.

What makes the Henry case so frightening, however, is that he is the first current player to be diagnosed with CTE -- and his case is even more of a tocsin because it doesn't seem that he suffered any serious concussions. How easy might it be for certain athletes to have their brains damaged?

Not just football players either. Studies by the American Academy of Pediatrics have shown that girls get concussions on the soccer field at much the same rate as boys do playing football. One cannot watch the World Cup, where players slug balls 60 sixty miles an hour with their heads -- not to mention banging into opponents' heads -- without thinking that the world's finest soccer athletes must surely be at the same risk of CTE as NFL players.

Jim Joyce was himself a football player. He got concussions of his own and also remembers laughing at befuddled teammates when they got, in the vernacular, "dinged." It was all a joke then, all part of being a tough guy on the gridiron.

Joyce's University of Maryland teammate, a stalwart, sensible guy named Tom McHale, made the NFL, but by the age of 45, diminished by depression and drugs, he had died of an overdose.

McHale's widow, Lisa, spoke hauntingly to a group of retired players recently about his tragic last years -- he not knowing that his failures as a man were not really his, but were caused by the neurological distress that was surely the product of so many head hits on the football field.

Now Joyce, McHale's old friend, who is the chairman of Aethlon Medical, a research firm in San Diego, is conducting an investigation to discover whether there might be common biomarkers that could lead to identifying those with a predisposition to CTE.

Joyce suggests that if a test could be developed, it might help some parents steer their children away from sports like American football and soccer, where concussions are, sadly, just a part of the game.

"How does a father let his sons play football if he has been diagnosed with CTE?" Joyce asks.

Football and soccer are well established as, in the worst sense of the word, "head games." They're too popular to be substantively changed. But if we can find a way to discover which players are more susceptible to permanent damage from concussions, it will make both sports more tolerable entertainment.