Accessibility links
Movie Review - 'Predators' - When Aliens Attack (And Abs Fight Back) For your summer-action consideration, Hollywood serves up another battle with those dreadlocked sardine cans -- this one featuring a newly buff Adrien Brody as one of several mercenaries being hunted by the ravenous aliens.

When 'Predators' Attack (And Abs Fight Back)

When 'Predators' Attack (And Abs Fight Back) 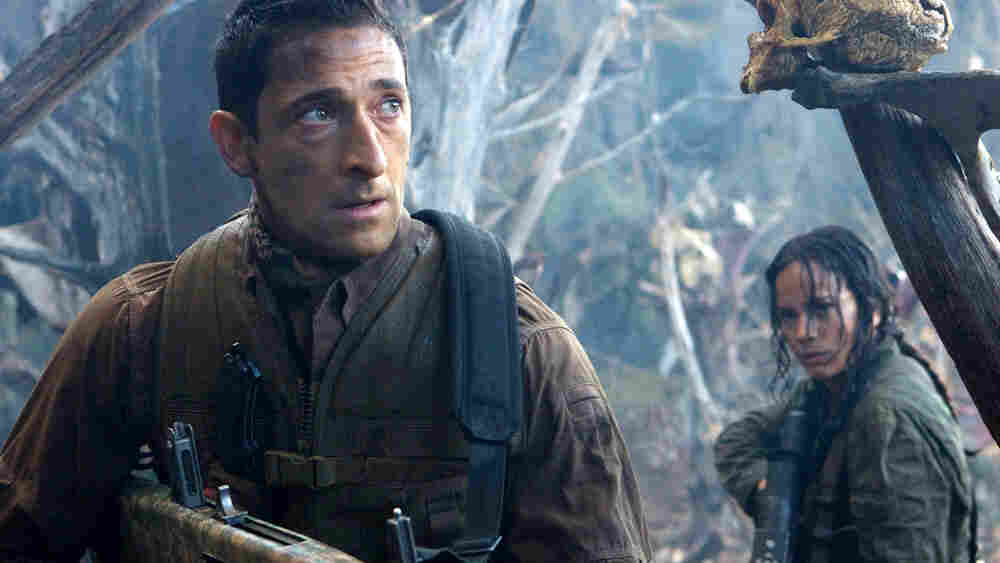 Those of us harboring a guilty fondness for the original Predator have found little to enjoy in its scattered, mindless progeny. Gnashing their double-decker dentition in sequels and comic books, the franchise's murderous alien beasties -- which, when visible, resemble dreadlocked sardine cans -- have lumbered through their various iterations with predictable aggression and lack of originality.

Back in 1987, however, Predator provided director John McTiernan with a modest sophomore hit (following his excellent but long-forgotten debut, Nomads) and with useful training for Die Hard. Twenty-three years later, McTiernan's imaginatively choreographed action sequences and carefully doled-out tension are mere memories -- memories Predators fails to reproduce. Transferring the directing reins to Nimrod Antal and the action to another planet, this latest human-alien smackdown never rises above the generic brutishness that Hollywood grinds out more efficiently than any other trope.

This time we're in the steel-jawed company of eight assorted strangers who have parachuted into a dense jungle. Barely conscious and with no knowledge of where they are, the heavily armed crew bands together to solve its existential crisis. Mostly this involves shooting at things, because all but three are Very Bad Foreign Persons -- including a scarred Mexican (Danny Trejo, of course), a moon-faced Russian (Oleg Taktarov) and a silent samurai (Louis Ozawa Changchien) -- possessed of limited people skills.

Unsurprisingly, those with white trigger fingers get more screen time and longer character arcs: a scrawny serial killer (Walton Goggins), a wimpy doctor (Topher Grace) and a secretive mercenary (Adrien Brody). And as the requisite hot babe (excuse me, Israeli sniper), Alice Braga does her best to shoot like a man while gradually succumbing, like the rest of us, to Brody's brand-new musculature. 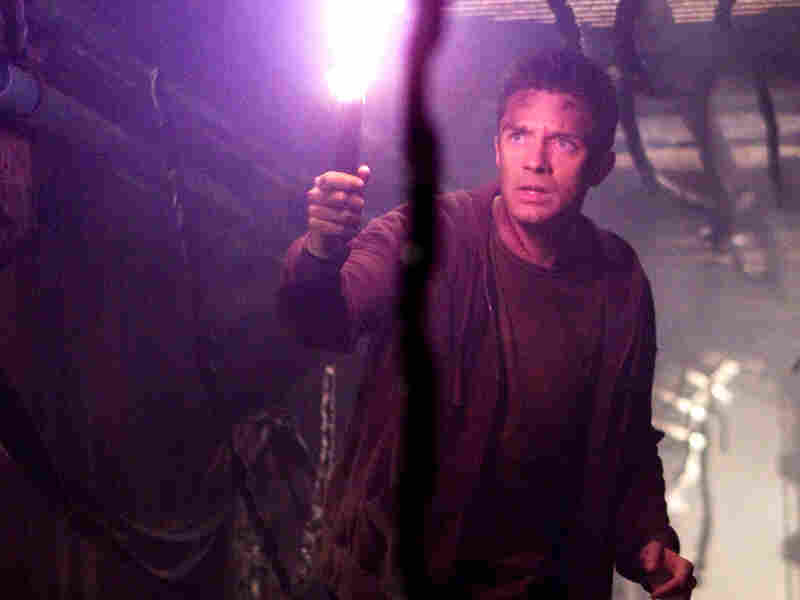 Bad Medicine: Topher Grace is a mild-mannered doctor among a group of mercenaries being hunted by the Predators. Rico Torres/20th Century Fox hide caption 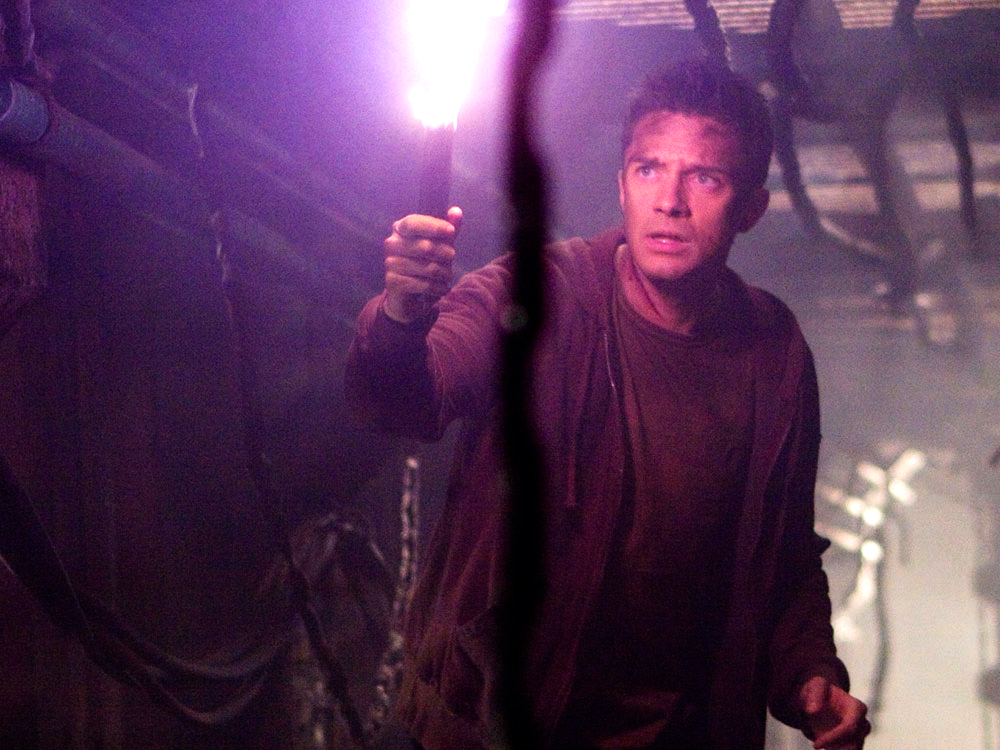 Bad Medicine: Topher Grace is a mild-mannered doctor among a group of mercenaries being hunted by the Predators.

Limply plotted in hoary Ten Little Indians style, Predators dangles human prey before inhuman hunters without asking us to give a damn about any of them. The aliens -- once more equipped with cloaking ability, infrared sensors and impressive weaponry -- have evolved slightly (the cast list proudly notes the presence of a "Black Super Predator") but only in the sense that they've set about warring among their own castes.

And as our small band of anti-heroes fights off digital warthogs and a crazy survivor from an earlier crop of victims (an amusingly loony Laurence Fishburne), we keep looking for the ammo truck that must surely have been dropped from the sky alongside them. They could have built a spaceship with the spent shell casings alone.

Colorless in both senses of the word -- the primary hues are sludge brown, gray-green and muddy white -- Predators sticks to the gender script by staging the usual organ-measuring contests among the men and sensitive interventions from the woman. It's quite shocking to recall that Antal once directed the marvelously gripping Kontroll, as well as the tight little motel-room horror Vacancy, neither of which stooped to desperately deshirting its hero in the final reel. Or having him quote Hemingway.

That said, Brody's transition from sensitive nerd to sci-fi hero (following the recent Splice) is, along with his new abs, somewhat surprising but not entirely laughable. The increase in girth might have come with a decrease in subtlety and art-house cred, but Brody is a smart actor whose presence can elevate an otherwise unmemorable project. By anyone's reckoning, Predators is a middling 1980s B movie; too bad this is 2010.