Accessibility links
Stanford Ushers In The Age Of Bookless Libraries Stanford University's School of Engineering had more books than its library could hold. So school administrators built a new library -- with even less space for books. NPR's Laura Sydell reports that Stanford's counterintuitive solution marks a definite move toward digital collections over print.

Listen
Stanford Ushers In The Age Of Bookless Libraries 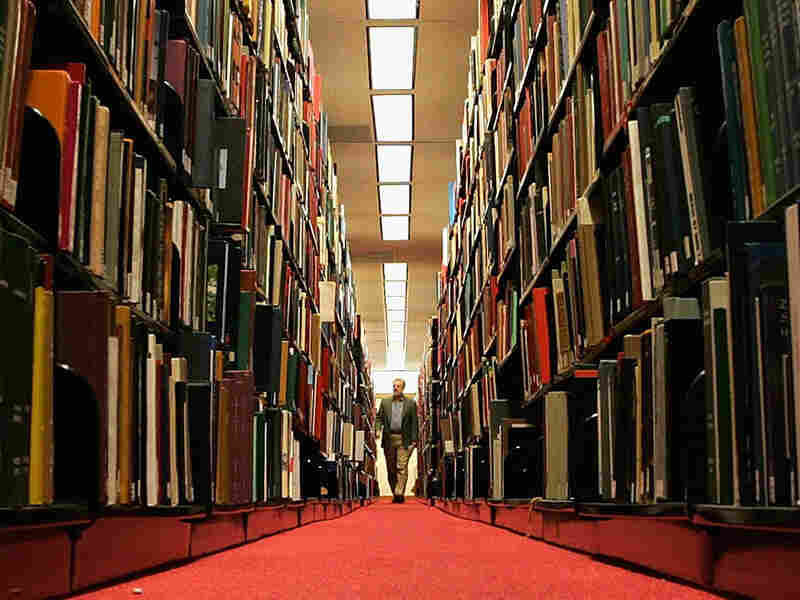 In 2004, Stanford University became one of the first institutions to allow Google to digitize chunks of its library collection as part of the Google Books Library Project. Justin Sullivan/Getty Images hide caption 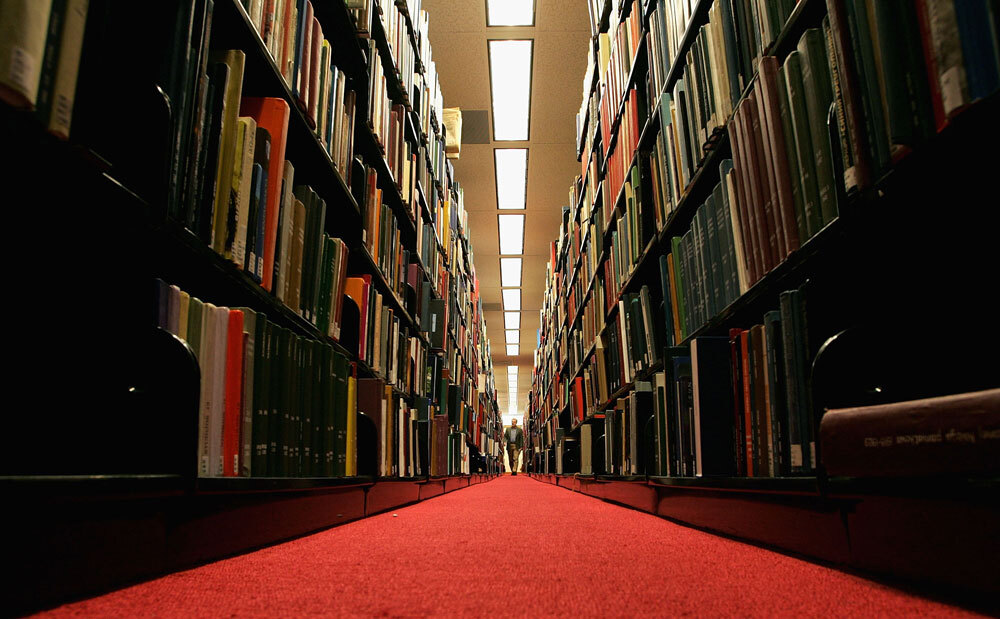 In 2004, Stanford University became one of the first institutions to allow Google to digitize chunks of its library collection as part of the Google Books Library Project.

The periodical shelves at Stanford University’s Engineering Library are nearly bare. Library chief Helen Josephine says that in the past five years, most engineering periodicals have been moved online, making their print versions pretty obsolete -- and books aren't doing much better.

According to Josephine, students can now browse those periodicals from their laptops or mobile devices.

For years, students have had to search through volume after volume of books before finding the right formula -- but no more. Josephine says that "with books being digitized and available through full text search capabilities, they can find that formula quite easily."

In 2005, when the university realized it was running out space for its growing collection of 80,000 engineering books, administrators decided to build a new library. But instead of creating more space for books, they chose to create less.

The new library is set to open in August with 10,000 engineering books on the shelves -- a decrease of more than 85 percent from the old library. Stanford library director Michael Keller says the librarians determined which books to keep on the shelf by looking at how frequently a book was checked out. They found that the vast majority of the collection hadn't been taken off the shelf in five years.

Keller expects that, eventually, there won't be any books on the shelves at all.

"As the world turns more and more, the items that appeared in physical form in previous decades and centuries are appearing in digital form," he says.

Given the nature of engineering, that actually comes in handy. Engineering uses some basic formulas but is generally a rapidly changing field -- particularly in specialties such as software and bioengineering. Traditional textbooks have rarely been able to keep up.

"It allows our faculty to change examples," he says," to put in new homework problems ... and lectures and things like that in almost a real-time way."

A New Trend In Libraries?

For the moment, the Engineering Library is the only Stanford library that's cutting back on books. But Keller says he can see what's coming down the road by simply looking at the current crop of Stanford students.

"They write their papers online, and they read articles online, and many, many, many of them read chapters and books online," he says. "I can see in this population of students behaviors that clearly indicate where this is all going."

And while it's still rare among American libraries to get rid of such a large amount of books, it's clear that many are starting to lay the groundwork for a different future. According to a survey by the Association of Research Libraries, American libraries are spending more of their money on electronic resources and less on books.

Cornell University's Engineering Library recently announced an initiative similar to Stanford's -- but the move to electronic books is also meeting some resistance. An effort by Arizona State University to use Amazon's Kindle to distribute electronic textbooks was met with a lawsuit because the device wasn't fully accessible to the visually impaired.

Meanwhile, back at Stanford's new Engineering Library, librarians are looking forward to spending less time with books and more time with people.

But some Stanford students express mixed feelings about the shift. Engineering student Sam Tsai is checking out some old-fashioned paper books.

"To read a book on the screen is kind of tiring for me," Tsai says, "so I sometimes like [the] paper form. But if I can access books online, it's much more convenient for me, so I would actually prefer that as well."

For now, at least, Tsai can have the option of both.