Accessibility links
For These Young Women, 'Death Is Not An Option' Suzanne Rivecca's seven short stories feature angrily confused, acerbically witty and romantically incompetent female protagonists. In her first work of fiction, Rivecca brilliantly expresses the pain and the humor of becoming a woman.

For These Young Women, 'Death Is Not An Option'

For These Young Women, 'Death Is Not An Option' 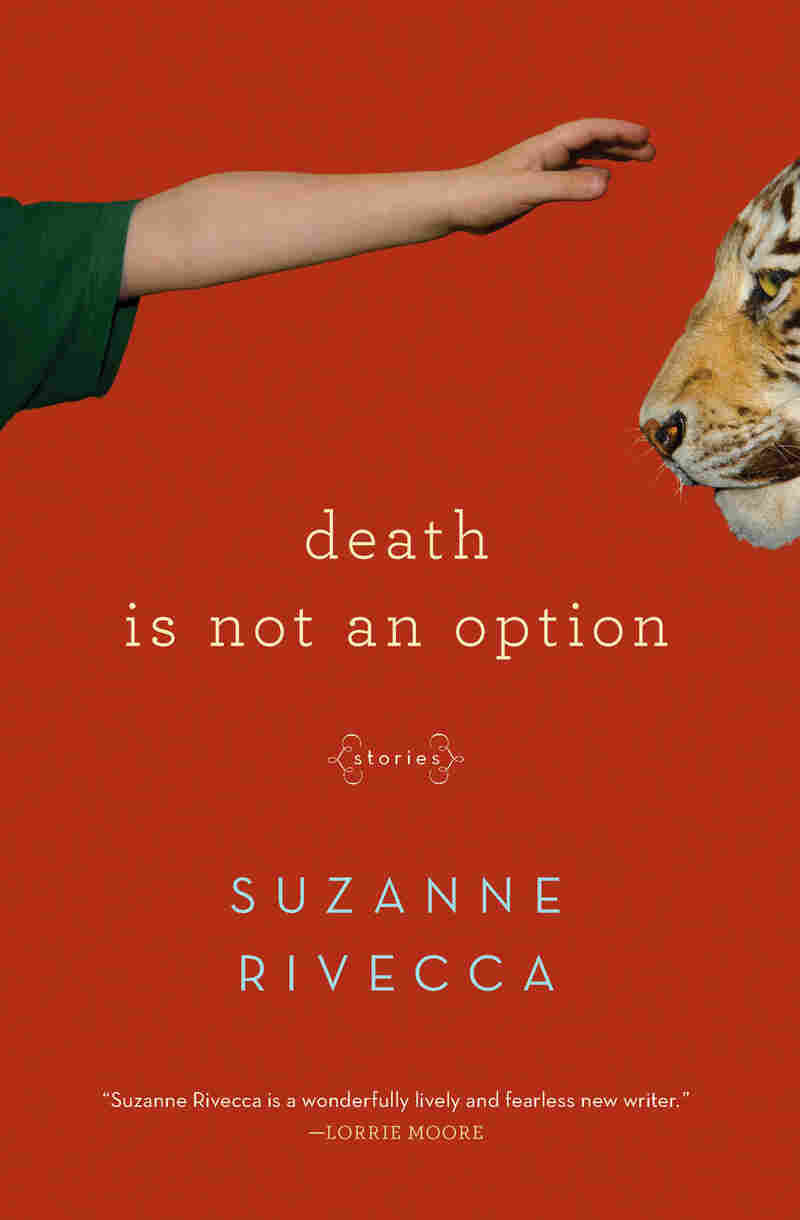 There is an archetype running through the funny, startling and ultimately perception-scrubbing stories in Suzanne Rivecca's first book of fiction. Death Is Not an Option isn't a collection of obviously connected stories, yet the female protagonists in these seven pieces are the same type of person. We see "her," if you will, go from childhood to young womanhood, in settings ranging from Michigan to San Francisco, as she reckons with a world she is constantly at odds with.

And what a compelling archetype she is. Rivecca's women and girls are the angrily confused, acerbically witty and romantically incompetent protagonists we have come to expect in fiction about young men and boys. But the worldview of these male protagonists -- a belief that life's supposed crossroads moments are utterly inconsequential -- is rarely ascribed to women. What's marvelous about Rivecca's fiction is how expertly it gets across the pain and the humor of it all. These characters long to connect, and this seemingly futile desire is crushing them.

Behind that ache is a society of well-intentioned people killing them with kindness. They can't see these women and girls as anything other than marginalized. For Rivecca's protagonists, that means they've been cast as either helpless victim (Kath, who, in the lengthiest story, "Very Special Victims," was molested) or culpable misanthrope (Isabel, who, as a girl, in "Look Ma, I'm Breathing," lied about having a vision of the Virgin Mary, then turned the disastrous experience into a memoir). In either case, they feel the pressure of responsibility to provide the world with a telling history of why they're prickly or distant. 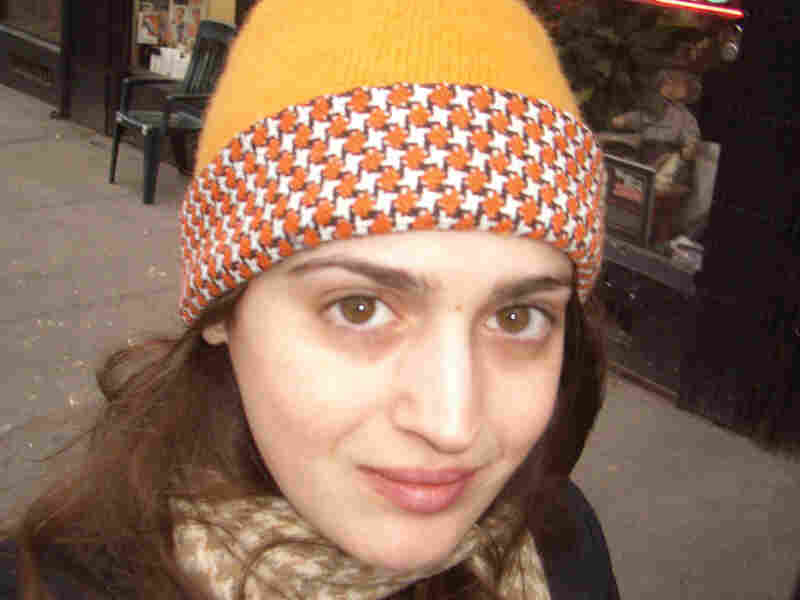 Suzanne Rivecca was a Wallace Stegner fellow at Stanford University and currently lives in San Francisco. Death Is Not An Option is her first collection of short stories. James Gavin hide caption 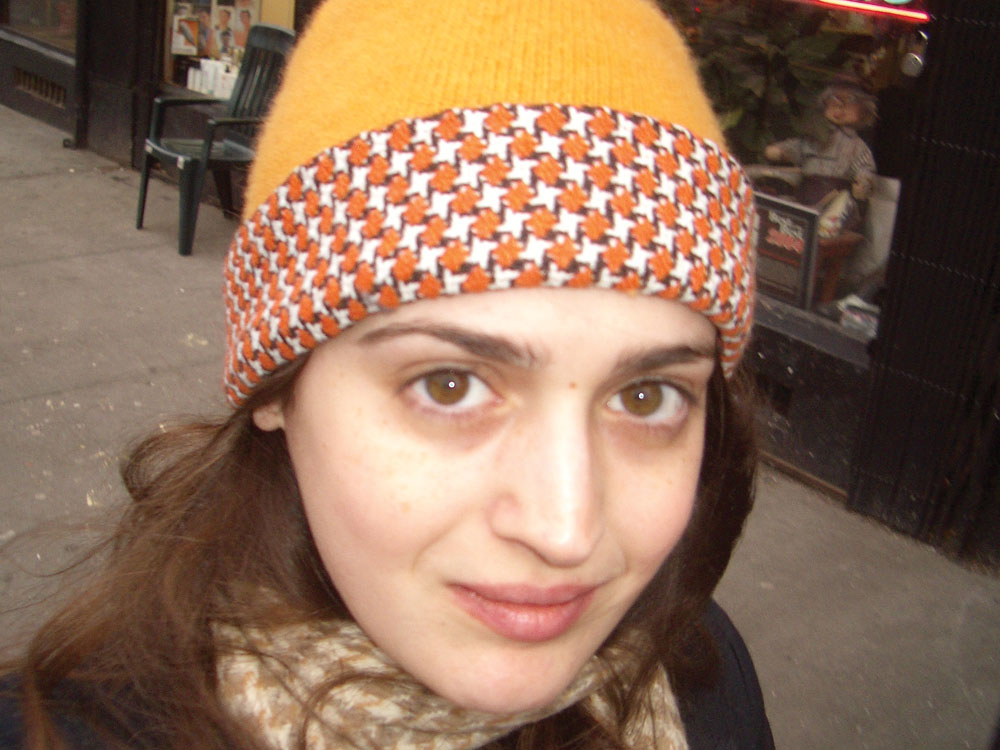 Suzanne Rivecca was a Wallace Stegner fellow at Stanford University and currently lives in San Francisco. Death Is Not An Option is her first collection of short stories.

Rivecca shows her characters trying (to echo the book's title) to find another option, one in which they're not doomed to accept that nothing will "ever come out of [them] more purely or clearly than things like this: these distilled episodes, these illuminated lamentations, sculpted in all the right places, these testimonies of harm."

Rivecca's technical skills are dazzling. She richly describes a student's interactions with a blind counselor as "akin to perpetually letting a child win: a series of soft lobs, no strategic feinting, all energies concentrated into making your body a stationary, stolid bull's-eye," and swiftly sketches a vista where the "pastel houses below looked like endless rows of Necco wafers."

Her use of the first person and the recurring attributes among her narrators -- nearly all of them are finicky about words and veterans of a Catholic-school education -- invite us to think these stories might be heavily autobiographical. But Rivecca keeps demolishing easy assumptions. Her talent allows her to impressively flex the muscle of fiction, making us keep our attention where it belongs -- on these bracing stories promising a fine career.

Excerpt: 'Death Is Not An Option'

It's the first night of the retreat, the slide show is starting, and I pray to be spared from the Free Willy song, which the school administration geniuses have decreed the anthem of our senior year. And this is nothing new: every year they carefully pick the shittiest song they can find to "represent" Sacred Heart. Freshman year it was "U Can't Touch This." The year after it was "Whoomp! (There It Is)." License plates and bumper stickers were made-up.

Each new attempt to convince us they're down with our jive talk is more horrific than the last. This is even worse than last year when Mr. Grealey brought in a rockin' hymn about how "ballistic" Jesus was and substituted it for the regular hymns in Glory and Praise, and every Mass we took Communion to the sounds of "Our God Is an Awesome God," which featured a drum machine and Whitesnake guitar solo. It made me wish I lived in the pre–Vatican II days when everything was in Latin and the nuns beat you with rulers.

in preparation for the SATs. I created my own analogies. I did fill-in-the-blanks with tricky look-alike multiple-choice options like ascetic and aesthetic. Then I let it sit for a while before I took it, drinking strong tea and making obscene anagrams out of saints' names. That was fun, too. I got a 780 verbal. I got a scholarship to Brandeis, which will enable me to escape the acid-precipitating, mutant-amphibian-producing industrial wasteland of Muskegon. But I don't even care. I keep telling my parents, Let me take it again! I'll get an 800 this time! Not until the GREs roll around, prep guides thick as phone books, will I once again enter the glorious realm of vocab memorization.

Kyra leans close in the dark and hisses, "Does this song actually have a name? Or is it referred to only as 'Free Willy'?"

"How come there are no pictures of us in this slide show?" Kyra says. She runs a hand through her glinty blond hair and a whiff of fake-papaya mousse hits me. "Are we not worthy of Free Willy?"

She's right. We -- Kyra and me, Sasha and Gretchen -- were forced to pose for cheesy pictures six months ago on Spirit Day for the purpose of later seeing ourselves in this slide show at the end-of-the-year weekend retreat at St. Monica's Cabins. The slide show is apparently so peerless in its majesty that they couldn't even wait for us to unpack before forcing us to view it. We got off the bus from Muskegon and were immediately herded to the main lodge through all this blue-green undergrowth riddled with Lyme-disease-carrying ticks, dragging all our shit after us, because the Sacred Heart Showcase just couldn't wait. And it's not like we flipped off the camera. We are too refined for that. We are pissed and we hate Sacred Heart, but we are refined. But we didn't smile either. Gretchen had her I'm-too-sexy-for-my-shirt look going, the horizon-gazing supermodel pout. The rest of us just slouched like disaffected youth. Which is probably why none of our pictures made it into this touching retrospective, despite the fact that we are the sole members of the student body who are literate and unlikely to get knocked up in a trailer or convicted of date rape by graduation.

I start getting a weird feeling during the umpteen stills from last semester's Festival of Faith "talent" show featuring Amber Golin's interpretive dance -- streamers and a leotard were involved -- to R.E.M.'s "Losing My Religion." She ruined that song for me forever, not to mention she completely missed the point -- it's called "Losing My Religion," not "Celebrating My Patriarchal Religion with a Cheesy Streamer Dance Featuring My Huge Camel Toe." But Mr. Grealey, the "creative director" of the whole travesty, ate Amber's performance up because it contained the word religion.