Accessibility links
Female Veterans Struggle To Stay Off Streets Reintegrating into civilian life and finding employment is not within the reach of many female veterans returning from the wars in Afghanistan and Iraq. The Department of Veteran Affairs says that women are nearly four times as likely as men to end up homeless. 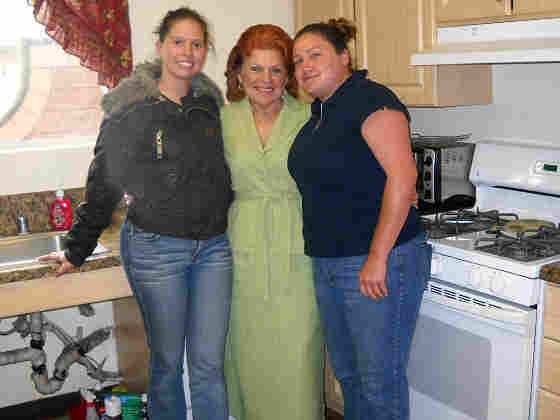 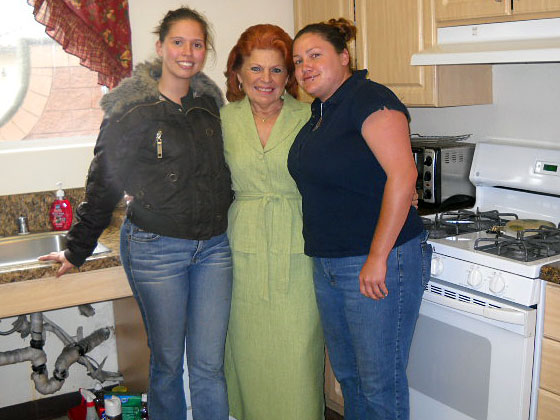 More than 240,000 female service members have been deployed to the wars in Iraq and Afghanistan, but for many, reintegrating into civilian life and trying to find employment is not within their reach.

The Department of Veteran Affairs has acknowledged that women are nearly four times as likely as men to end up homeless.

In Los Angeles, outreach efforts are under way to get them off the streets and into the VA's transition assistance program.

People walked right by former Army Pvt. Margaret Ortiz when she was sleeping on the street, unaware that at one time drugs and alcohol weren't the most important things to her. Her comrades were. Ortiz drove a truck in Iraq -- often volunteering for the missions no one else wanted.

"To help my soldiers and protect them," she says. "They were my family at the time."

Today, Ortiz, 28, is living at a transitional housing facility for female veterans at U.S Vets, a nonprofit in Long Beach, Calif. She's one of the lucky ones, according to Dr. Diane West, who runs the Advanced Women's Program here.

"A lot of the women have no idea that there's a place for them. They're living in their car with their kids. It's really, really sad," West says.

There are 43 women in residence -- and there's a waiting list.

"Women are being discharged from the military without the resources or the understanding of where to go to get jobs," West says. "And most of them coming here have some kind of mental problem."

Ortiz has been diagnosed with post-traumatic stress disorder. After returning from the war zone, where she dodged mortar fire and IED blasts, it was the little things that got to the former truck driver -- like stop lights and trash on the street. That's because, she says, trash would usually have an IED in them. "So that just makes me nervous ... and big crowds."

Ortiz pauses and looks out the window. She says talking about what happened in Iraq can sometimes bring on nightmares.

"You just want to forget. And some of the stuff that happened, you'll just take it to take to your grave 'cause you don't want to talk about it," she says.

Paul Rieckhoff, the founder of the Iraq and Afghanistan Veterans Association, says the difficulty of finding a job, coupled with lingering health and psychological problems, are contributing to the rise in homelessness among female veterans.

"I think that our entire military and veterans health care system has been caught flat-footed by the influx of new veterans and it's even more urgent for women," Rieckhoff says.

According to the Department of Veterans Affairs, there are an estimated 7,000 to 8,000 homeless female veterans -- double from a decade ago.

"What we do know about the women that we are seeing and the younger women is they seem to be at greater risk than males to end up in the ranks of the homeless," says Peter Dougherty, director of the VA's Homeless Veterans program.

Dougherty says the VA is now targeting women -- especially those with children -- for priority funding assistance.

Michelle O'Neil works for the VA's outreach program in West Los Angeles. At least three times a week, clipboard in hand, she hits the boardwalk of Venice Beach looking for homeless veterans.

On a recent visit there, O'Neil, a former vet herself, senses that a young woman she spots on the boardwalk, playing a drum for money is also a veteran.

She asks what branch of the service the woman was in.

Me, too, O'Neil tells her. Then she asks where she's staying.

"I sleep outside," the woman says.

O'Neil thinks she'd be a good candidate for the VA's transition assistance program. But she knows it may take some convincing.

"It's like I have to reconnect with the human side. 'Hey, OK, you're Army strong, you're Marine, but we all need help," O'Neil says.

Today, there are about 1,700 women in VA residential programs nationwide. Many more -- like the young drummer -- are still struggling.