Accessibility links
U.S., Russia Swap 14 Spies In Vienna American and Russian planes involved in the exchange landed briefly in Vienna, swapped agents, then took off again in the largest such diplomatic dance since the Cold War. Both countries won admissions of crimes from those involved: guilty pleas in the U.S. and signed confessions in Russia. 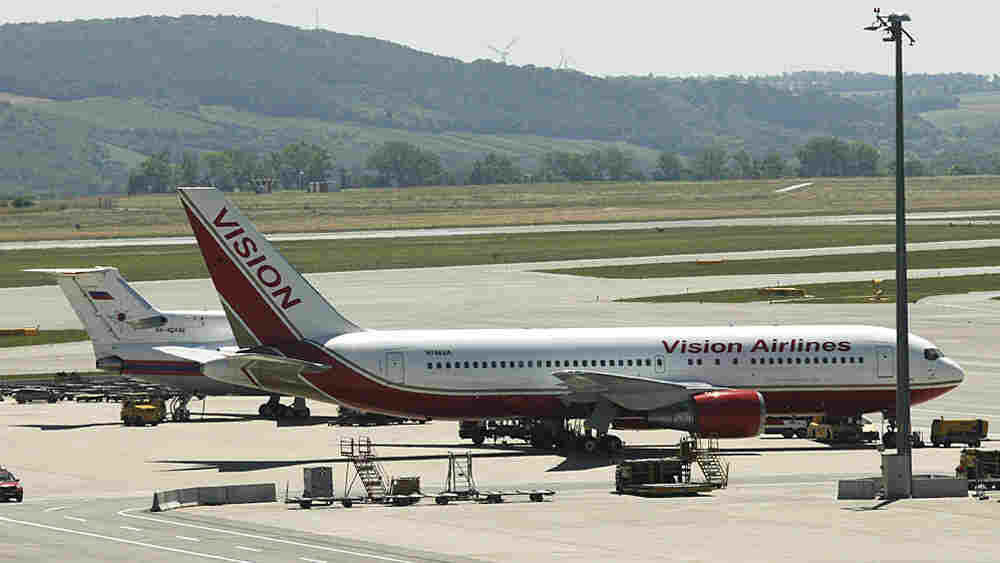 A Vision airlines plane presumed to be carrying 10 men and women who worked as Russian spies in the United States sits on the tarmac at Vienna airport, where it parked next to a Russian jet. Dieter Nagl/AFP/Getty Images hide caption 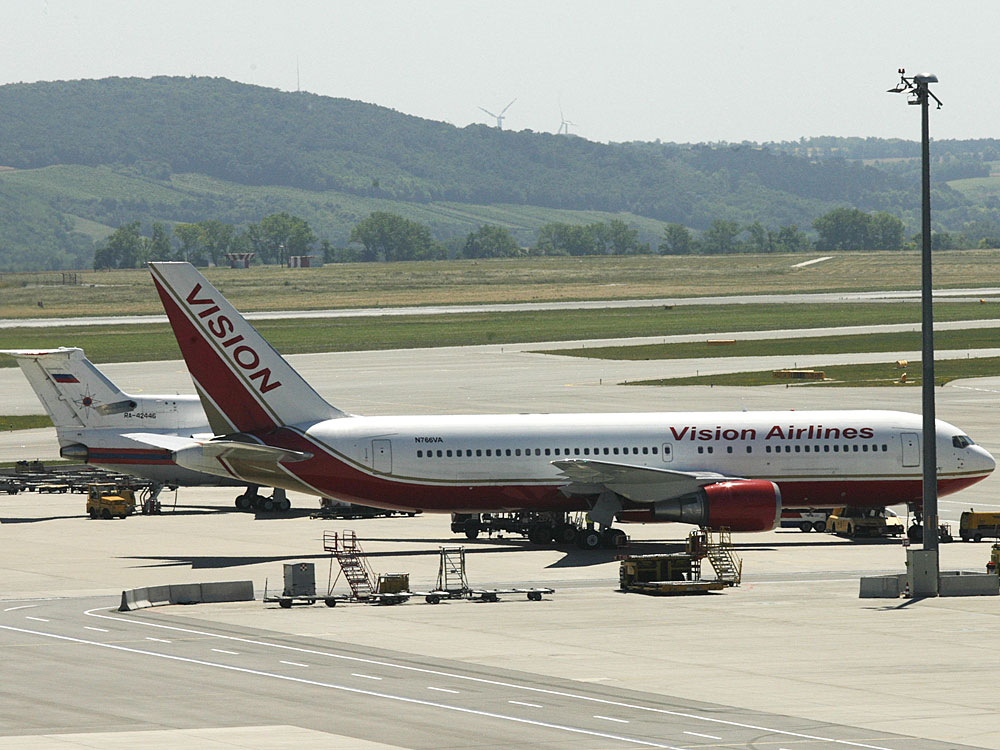 A Vision airlines plane presumed to be carrying 10 men and women who worked as Russian spies in the United States sits on the tarmac at Vienna airport, where it parked next to a Russian jet.

The largest known U.S.-Russian spy swap since the Cold War went off without a hitch on Friday, as 10 agents accused of being foreign agents working for Moscow were exchanged for four people convicted of spying for the West.

In a scene that could have been torn from the pages of an espionage thriller, two planes -- a U.S. Boeing 767 and a Russian Yakovlvev Yak-42 -- taxied to a remote corner of Vienna's main airport, exchanged the prisoners, and then took off again.

The Complicated Dance Of Exchanging Spies

The aircraft landed in Austria within minutes of each other, parked nose to tail, then sat on the tarmac for about an hour and a half before departing just as quickly. A small bus was seen driving between the two planes.

British media reported that the U.S. plane later landed at a U.K. military base in southern England, while a Russian news agency said the other plane touched down in Moscow.

"The exchange of these individuals ... has been completed," Department of Justice spokesman Dean Boyd said in a statement Friday. Russia's Foreign Ministry also confirmed the swap, saying only that those involved had been "accused" or "convicted" of unspecified offenses.

Both countries won admissions of crimes from the subjects of the exchange: guilty pleas in the U.S. and signed confessions in Russia.

"Both of these governments say the people they were holding committed very serious crimes," said David Greene, NPR's Moscow correspondent. "But when you talk to the people close to these so-called foreign agents on both sides, they seem to have been living normal lives when they were picked up."

Russian political commentator Yulia Latynina said the Kremlin's decision to participate in the swap was a safe choice. "I think they provided all the information they could back before they were arrested," she said.

The 10 agents deported by the U.S. all pleaded guilty on Thursday to conspiring to act as unregistered foreign agents.

Anna Chapman, 28, the "femme fatale" of tabloid headlines in the West, was accused of using a special laptop to transmit messages to the computer of an unnamed Russian official.

Donald Heathfield and Tracey Foley were the aliases for Andrey Bezrukov and Elena Vavilova, who lived in Cambridge, Mass. She posed as a real estate agent around Boston; he worked as a sales consultant at Global Partners Inc., a Cambridge-based international management consulting firm, and also had his own consulting company. The couple has two sons, ages 20 and 16, and it was not clear exactly which country they would end up in.

Another convicted couple, Mikhail Kutsik and Natalia Pereverzeva, had been living in Seattle and in Arlington, Va., under the aliases Michael Zottoli and Patricia Mills. They have two children, ages 1 and 3, and before the plea bargain were already planning to send the children to live with relatives in Russia.

This sends a powerful signal to people who cooperate with us that we will stay loyal to you. Even if you have been in jail for years, we will not forget you.

Mikhail Semenko of Arlington worked at the Travel All Russia agency.

Vladimir and Lydia Guryev were living in Montclair, N.J., under the names Richard and Cynthia Murphy. While he stayed at home with their two daughters, she had a well-paying job as a tax consultant in New York City.

Juan Lazaro, 66, whose real name is Mikhail Vasenkov, brought his wife, Vicky Pelaez, into the conspiracy by having her pass letters to the Russian intelligence service on his behalf. She was a journalist for a Spanish newspaper in New York.

In exchange for the Russian agents, American officials won freedom for Igor Sutyagin, an arms control researcher convicted of spying for the United States, and Alexander Zaporozhsky, who may have exposed Robert Hanssen and Aldrich Ames -- two of the most damaging spies ever caught in the U.S.

The two others were identified as Sergei Skripal and Gennady Vasilenko.

Skripal, a former colonel in the Russian military intelligence, was found guilty of passing state secrets to Britain and sentenced to 13 years in prison in 2006. He was accused of revealing the names of several dozen Russian agents working in Europe. Vasilenko, a former KGB officer employed as a security officer by Russia's NTV television, was sentenced in 2006 to three years in prison on murky charges of illegal weapons possession and resistance to authorities.

For the 14 people involved in the spy swap, the future remains uncertain. Some of the agents deported from the U.S. left children behind.

The family of one of the men released by Russia, Sutyagin, said he would prefer to enjoy his freedom in his native Russia. Sutyagin's mother said he did not want to sign a confession. In 2004, he was sentenced to 14 years of hard labor after being convicted of spying. Sutyagin has maintained that he was only compiling publicly available defense information for a British company, but the Kremlin called the company, which no longer exists, a CIA front.

In an elaborate round of deal-making, U.S. officials met with the convicted spies Monday in Russia and offered them a chance for freedom if they left their homeland. Russian officials in the U.S. held similar meetings with the agents captured by the FBI.

On Thursday, Russian President Dmitry Medvedev signed a decree pardoning the four after officials forced them to sign confessions.