Accessibility links
As RNC Makes Cuts, Outsiders Step In As the Republican National Committee cuts funds for a critical program of voter mobilization, independent conservative groups are preparing to fill the void. Groups that had put money mostly in TV ads are now working on the ground level, pushing voters to the polls. 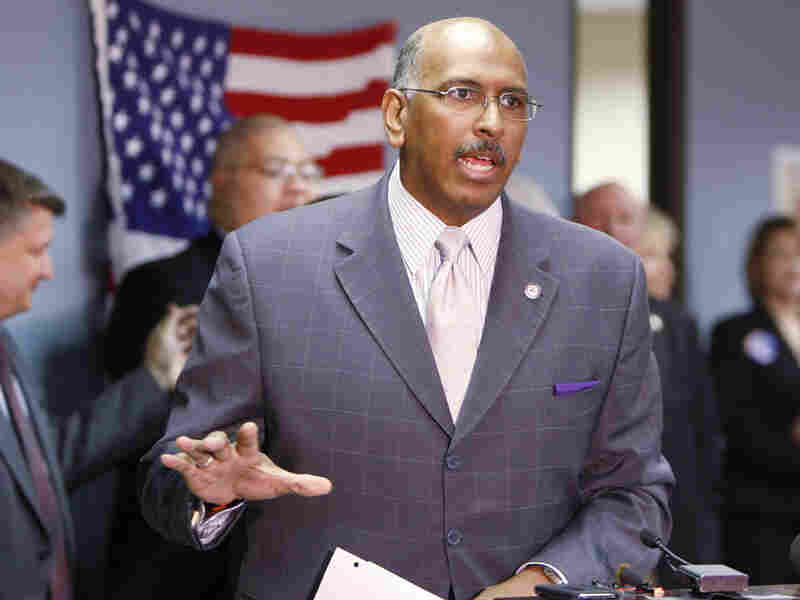 Republican National Committee Chairman Michael Steele speaks at the GOP headquarters in Colorado on July 8. As the RNC cuts funds for a critical program of voter mobilization, independent groups are stepping in. Ed Andrieski/AP hide caption 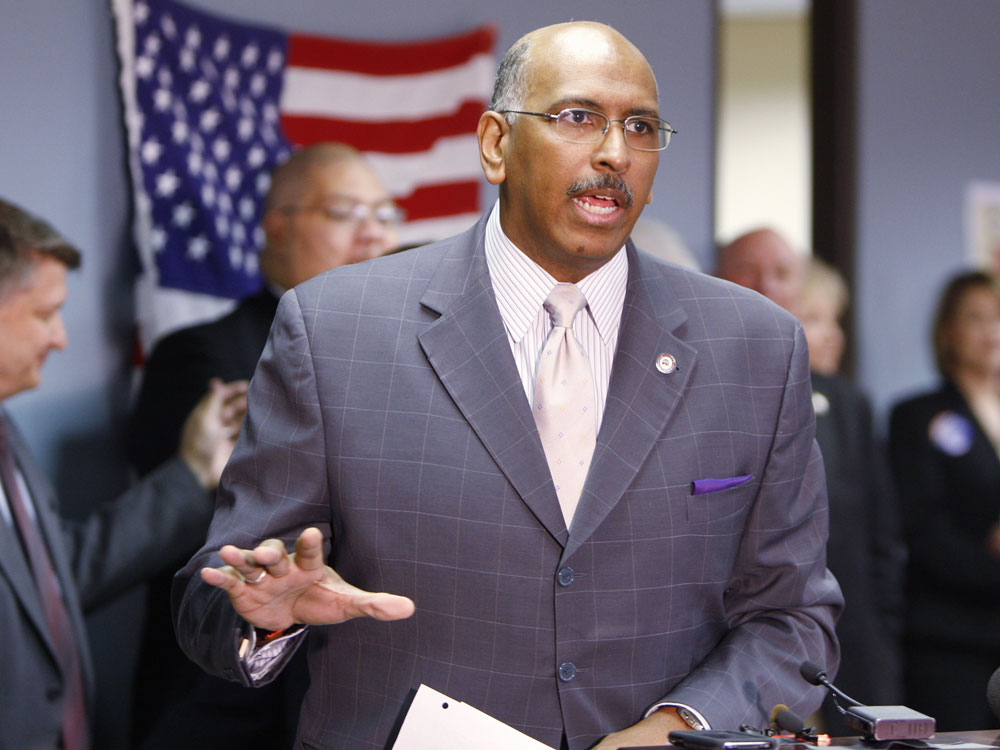 Republican National Committee Chairman Michael Steele speaks at the GOP headquarters in Colorado on July 8. As the RNC cuts funds for a critical program of voter mobilization, independent groups are stepping in.

Even as Republicans see their candidates gaining momentum in the congressional midterm elections, big GOP donors have a new reason to feel queasy about party leader Michael Steele -- who had another bad week of gaffes and backtracks.

Now, the Republican National Committee is cutting funds for a critical program of voter mobilization. Independent conservative groups are preparing to fill the void.

The RNC says its finances are just fine. "We have gone and revised our budget. That's standard operating procedure. You know, we've got money that's already been going on the ground," says committee spokesman Doug Heye. "One thing that we've been doing: We made key investments early."

But beyond the committee's white-brick headquarters on Capitol Hill, plenty of Republicans believe Steele, the RNC chairman, has alienated donors and wasted money.

Or, as consultant Brian Donahue gently phrases it: "You're seeing some doubts about the strength of the party and the party's effectiveness this year."

The cuts to the voter mobilization budget are especially surprising.

Just a few years ago, the RNC did this kind of work better than anyone else. It pioneered a powerful new technique called "microtargeting" -- a sort of digital house-by-house search for voters, using multiple databases to identify them by their political beliefs, buying habits or anything else that's out there.

Now, voter mobilization is where a new cluster of nonprofit conservative groups is gearing up.

Traditionally, outside groups like the American Action Network have mostly spent money on TV ads.

But now there's anxiety that Democrats might win the ground war. So the groups are putting in more effort there.

"We do expect to be able to pinpoint individual voters based on issues and how they feel about them, and communicate directly with them through a variety of means," says American Crossroads President Steven Law.

But microtargeting only takes you so far. Law says it's much harder for an independent group to organize the final stage of voter mobilization -- the face-to-face contacts aimed at getting people to the polls. That's something the RNC would normally finance.

"I don't know whether at American Crossroads we would have a significant boots-on-the-ground component in this election cycle -- I don't know that that's going to be achievable for us," Collins says.

What American Crossroads, the American Action Network and the other groups cannot do by law is coordinate their work with the RNC.

But they do coordinate among themselves. For instance, American Crossroads is deeper into Senate races. And the American Action Network has more expertise on House races.

The groups are also out to raise piles of cash.

They operate outside most of the federal laws on campaign fundraising, so they can solicit money more easily than party committees.

American Crossroads wants to raise $52 million. Its fundraisers include GOP all-star Karl Rove and two former RNC chairmen. Law says they're not siphoning off money that otherwise would go to the RNC.

"Most of the contributions are at a level above what the RNC can accept," Law says. "One of the things that I think makes this an attractive proposition for a lot of people who in general are supportive of the party is that they can contribute to the party, they can contribute to candidates up to their federal limits, and then above and beyond that, they can give to us without any competition with the RNC or any party committee."

Law says that American Crossroads just ended a month that brought in $8.5 million. That's about $2 million more than the latest monthly tally from the RNC.