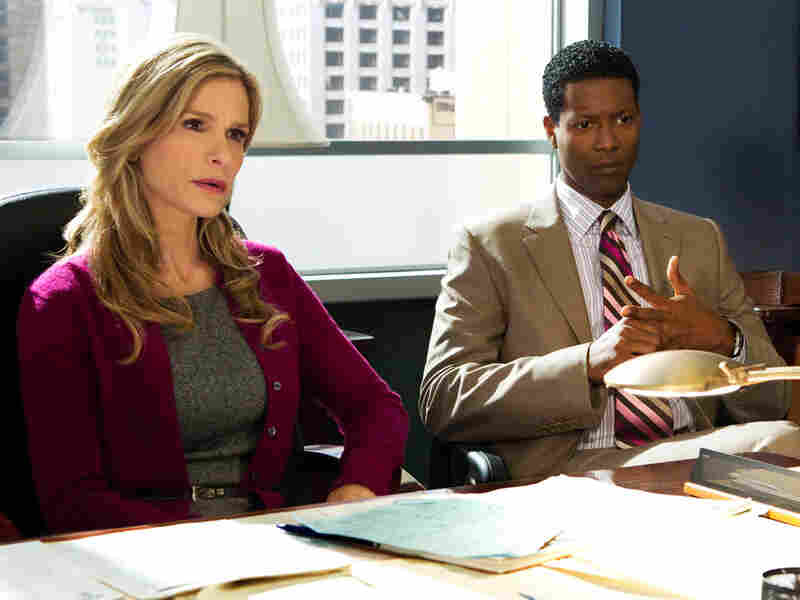 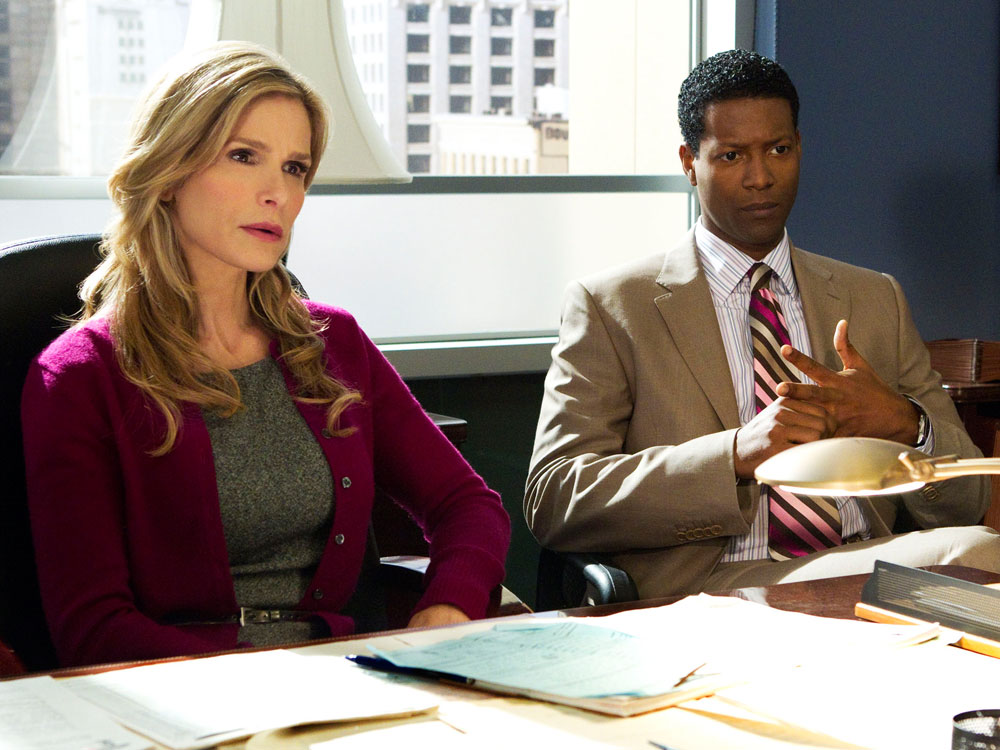 Kyra Sedgwick and Corey Reynolds star in the sixth season of The Closer.

Five years ago, The Closer introduced audiences to ladylike Brenda Leigh Johnson, whose fondness for shoes, pink raincoats and chocolate belies a tough temperament and a ferocious, tightly coiled intelligence.

Actress Kyra Sedgwick just received her fifth Emmy nomination for the role -- on the eve of the show's sixth season, which premieres Monday night. She's now also an executive producer.

"It means I get to be more controlling and not have to apologize for it," Sedgwick says with a laugh. "Which is kind of great -- because that's Brenda. I mean, she's got a lot of power and doesn't apologize for it. As women, you know, sometimes we apologize for our power."

'And Your Husband's Name Is?'

'Nothing Works Around Here'

'You Want To Kill My Boyfriend'

That's something that irritates The Closer's creator, James Duff.

"I play cards with women often," he says. "Especially like, with my mother, and when they win, they apologize to me. It's like, 'Oh, I'm sorry.' As if they shouldn't be happy that they beat the crap out of me."

The show's attention to the subtleties of gendered power dynamics may be one of the secrets of its success. TV critic Eric Deggans of The St. Petersburg Times says The Closer helped make viable a new wave of strong dramas starring women over 35, including HawthoRNe and Saving Grace.

For her part, Sedgwick credits the British cop drama Prime Suspect -- whose PBS run introduced star Helen Mirren to a broad U.S. TV audience -- and even the campy '70s drama Police Woman, with Angie Dickinson, for paving the way for The Closer.

She also credits actor Kevin Bacon, her husband of more than two decades, for persuading her to take the role -- by offering to stay home with the kids.