Accessibility links
Spanx But No Spanx! Musings Of An Underwear Sleuth David Was ventured to the mall last week to see if he could cajole a department store salesman into feeding him a few quotes on Spanx for Men. But one guy took one look at Was' digital voice recorder and immediately radioed for help. When offered an interview with the company's founder, Was said, thanks, but no thanks. 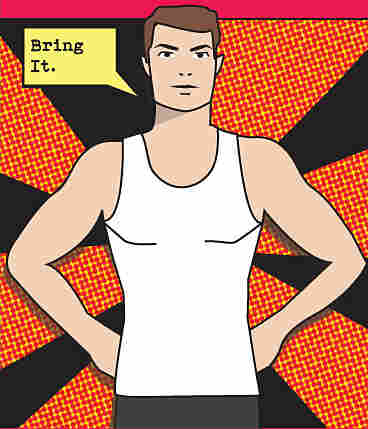 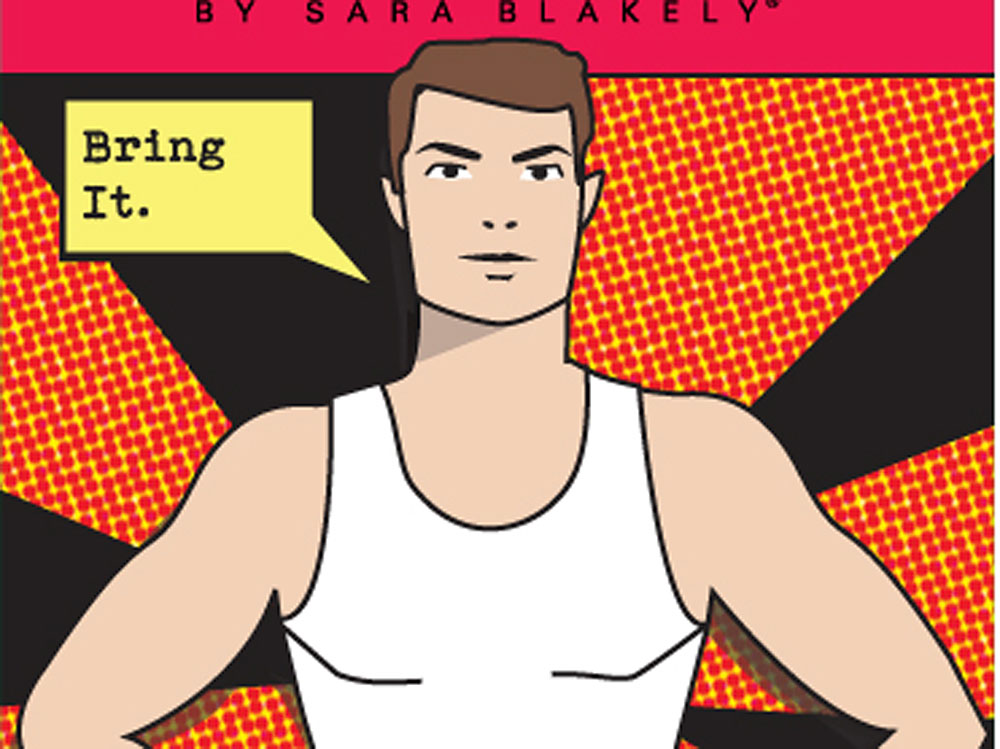 If I actually worked for a living, chances are me and the boys might have had a good time around the water cooler a few weeks ago rehashing The New York Times story about the new line of Spanx for Men.

You know Spanx, those hide the doughnut undergarments that press the flesh back to the bones they used to cling to before middle age set in? In Mae West's day, they called 'em girdles, which no self-respecting feller would think of wearing under his shirt and pants. Women, however, have bought millions of dollars' worth of Spanx in the past decade.

Now men are being invited to wear the boa constrictor shapewear in an attempt to conceal the ravages of life in the fat lane. No stringent diets, no messy surgery, just slip on the undershirt that embraces you like an old friend and button up your dress shirt over it. Congratulations, sir, you have just lost a virtual 20 pounds, so prepare a response for when your colleagues ask if you've been sick or had some kind of, uh, procedure. Smile conspiratorially, wink at the camera and say, "Thanks, Spanx!"

As NPR's crack underwear sleuth, I ventured over to the mall last week to see if I could cajole a department store salesman into feeding me a few quotes on this white-hot topic. He took one look at my digital voice recorder and immediately radioed for help. When his boss arrived, I was escorted upstairs to speak with someone in corporate, who confirmed the don't ask policy when it came to floor staff.

I really just wanted to have a down-home, dude-to-dude kind of encounter. Heck, I can't talk underwear with a girl!

Eventually, I spoke with the Spanx public relations folks directly, who generously offered an interview with the company's founder, Sara Blakely. Thank you, I said, but I really just wanted to have a down-home, dude-to-dude kind of encounter. Heck, I can't talk underwear with a girl!

The final word came down. Spanx would let me talk with anyone I pleased, so I returned to the mall only to be rebuffed once again by a corporate handler. "Yes, but Spanx said it was OK," I protested weakly and to no avail. I had apparently reached the barbed wired, electrified perimeter of the Area 51 of underwear. I might as well have asked if their mannequins were castoffs from an alien autopsy.

I shuffled back to the parking lot, crestfallen. My turn as the Seymour Hersh of compression garments had been scuttled by an unfeeling bureaucracy less interested in bulky truth than in looking after its slender corporate image. Did they think I would gull their salesman into ridiculing the miracle waist-eraser? That I'd ask sarcastic questions like, "If I buy Spanx, can I give up my gym membership?"

OK, I admit it, they were right to worry, but after Spanx sent me a free crew-neck shirt in the maiI, I became a true believer. Call me Slim and make mine a double cheeseburger.