Accessibility links
From Beakers To Beaches: Summer's Best Science Books You don't need a background in science to enjoy these research-fueled reads. From the mysteries of the male brain to the logistics of having a clone to the problem of mortality, these books straightforwardly tackle present and future scientific puzzles.

Supermarkets are full of genetically modified foods ... Internet databases hold all our private information ... and someday, we'll all have to fight our own clones! Luckily, there are plenty of great new reads tackling these present and future dramas, along with the mysteries of the male brain, the myth of innate talent, and the prospect of multicentury life spans.

You don't need a background in science to enjoy these books, but you may require guidance in picking the right ones to read. To that end, I've assembled five engrossing summer releases that will satisfy anyone from a curious nonscientist to a biochemist eager to refresh her mind with new ideas in neuroscience. 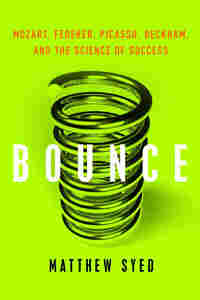 Bounce: Mozart, Federer, Picasso, Beckham, And The Science Of Success

Venus and Serena Williams have a natural talent for the backhand swing, right? Mozart was a musical prodigy -- surely. But consider that the Williamses' father whipped tennis balls out of a shopping cart to his 3- and 4-year-old daughters every day. And Mozart's father enrolled him in a rigorous composition regime at age 3. Thousands of hours of practice were clocked before mastery emerged. In his new book, Bounce, sports journalist Matthew Syed blasts through the stubborn idea that "talent" is an innate genetic gift possessed only by the lucky few.

Coming on the heels of a recent flurry of books on the talent myth, Bounce enters well-trodden territory. But even if you've read the similar titles by Malcolm Gladwell, Geoffrey Colvin, Daniel Coyle or David Shenk, Syed brings a fresh perspective, conversationally moving the focus to sports psychology and the sometimes-troubled history of athletics.

Rather than reiterating the "practice makes perfect" line, Syed recounts his own rise to table tennis stardom and extensive scientific research to show how purposeful practice and self-belief actually rewire the brain for mastery. Though Syed's focus is sports, his message extends further. He skillfully orchestrates different strands of psychology research to emphasize the indisputable damage the talent paradigm wreaks on children's academic performance. There's also the brain biology behind why we artists and athletes sometimes "choke" -- that fatigued, paralyzing sensation descending down our spines just as all eyes are on us. Turns out there's a way to squelch it. And yes, it takes practice. (When a firefighter intuits peril and a nurse plays a hunch about an infection, what is at play: innate talent or deep experience? Read Syed’s opening argument in the debate.) 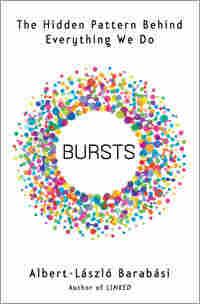 Bursts: The Hidden Pattern Behind Everything We Do

When we think of the hustle and chaos of everyday life, visions of crowded sidewalks, pinging e-mail inboxes, and ringing cell phones come to mind. But what if someone told you that beneath all the mess was a hidden pattern explained by math? So does physicist Albert-Laszlo Barabasi. An authority on the emerging field of network science, he extends the reach of his first book to explain how our e-mailing and Web browsing habits, and even the paths of dollar bills, occur in periodic "bursts."

Our age of Internet-enabled mass communication has revolutionized his understanding of these bursts. Now, unprecedented amounts of our personal information exist in disparate databases -- our cell phone records, credit card spending, Web searches. All this information, he argues, could supply network science with the data needed to create vast and broad predictions about human behaviors and habits. And how exactly will this capability affect our idea of privacy?

The thing that will separate Bursts from all the other books you'll read this summer is Barabasi's inventive use of narrative and history. Slipped between the science chapters are the slowly unfolding tales of a post-Sept. 11 airport security bungle and a bloody regime of 16th century Transylvania. Exactly how these stories fit together is a sort of secret that you must read to the end to understand why he kept it. (In this excerpt, the author sets out to prove his theory about human predictability by telling the story of the one person he's met who defies the norm.) 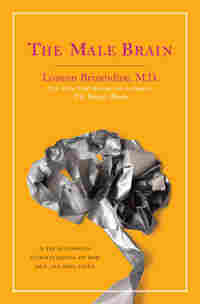 What makes a male a male? Why, his brain, of course. And since he has 2.5 times the brain space devoted to sexual pursuit that a female does, a book about it makes the reading, well, sexy. Follow Dr. Louann Brizendine's writing and you will be traveling the current of testosterone as his eyes latch on to beauty, the sedating surge of oxytocin after lovemaking, and the escalation of prolactin during his partner's pregnancy.

These hormonal love potions can soften the toughest male, but women often notice that men's usual social behavior can depart quite a bit from the female way. Hence Brizendine's premise that under the influence of unique neural connections, the male brain simply follows other rules. Men, for example, may seem to respond to their girlfriends' distress with emotional distance. Brizendine rescues the male's reputation. Unlike the female, whose brain's empathic mirror neuron system is always active in these situations, the male brain's empathy system quickly hands the task over to the temporal-parietal junction, the problem-solving brain station. So, really, they could be listening.

This book is a sequel to Brizendine's best-selling The Female Brain. Her second stab at explaining the gendered brain is lucid, conversational and engaging, a result of her years in psychiatry and sexual medicine. Anecdotes of her male patients bring to life the dramatic changes that occur within the brain, from baby boy to grandfather. And she does this without forgetting the gay male brain. In all, she goes a long way toward demystifying the oft-misunderstood behavior from brains most certainly from Mars. (In her stirring introduction, Brizendine makes the case that there is much to understand about the male mind that isn't explained by the "brain below the belt.") 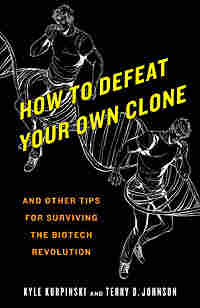 How To Defeat Your Own Clone ... And Other Tips For Surviving The Biotech Revolution

Would your clone have a belly button? More important, would you ever have to fight him? Just in case, bioengineers Kyle Kurpinsky and Terry D. Johnson have written up a detailed contingency plan for a future of biotechnological marvel. Their suggestions include creating a virtual pet, growing cherries that produce nasal decongestant, gargling with special bacteria instead of mouthwash.

They've engineered a whirlwind tour that leaves you amused, yet newly fluent in bioengineering and human genetics. Their premise may be fantasy, but the science is real. Stuff of textbook drudgery becomes understandable and entertaining, like when Kurpinsky and Johnson explain how genes become proteins: "Sorting through so-called 'junk DNA' is like rummaging through a waste heap; somewhere between the discarded foodstuffs and soiled mattresses lie free auto parts and vintage casual wear."

Though it's doubtful you'll ever meet your age-matched, biologically superior clone, Kurpinsky and Johnson aren't joking about the biotech revolution. They deliver their message with comic book spunk, but it's a serious one. It's not if genetic technology will change the way humans grow food and have children, but how we will deploy these rapidly advancing powers. (Kurpinsky and Johnson's bottomlessly fascinating timeline of biotech history runs from 15,000 B.C. through today, when "you've just purchased 'How to Defeat Your Own Clone.' Or you're reading it for free in the bookstore ... cheater.") 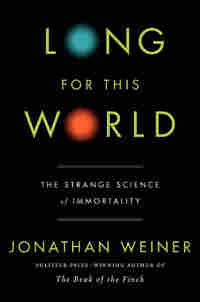 Long For This World: The Strange Science Of Immortality

Renaissance philosopher Francis Bacon couldn't accept death. He yearned for immortality. He published recipes for life-extending elixirs: Finely powder pearls or emeralds, and then stir briskly with the juice of four lemons. Obviously it wasn't alchemy that blessed humans with an elongated life span, but rather the triumphs of public health. Now, our life expectancies are increasing an average of five hours each day. Yet, we are still plagued with Bacon's hangup: Why do we age? Why must we land on the swords of dementia and macular degeneration?

Gerontology, the science of aging, is far from resigned to human mortality. Pulitzer Prize-winning science writer Jonathan Weiner has documented every twist and turn of the field that shoulders the onus of curing Huntington's and cancer. His writing glides smoothly from the debates over the evolution of aging to Paleolithic dentistry. And from immortal unicellular creatures to the labs in which grape skins and soil microbes are showing potential as life extenders. He has woven easy explanations of complex cell biology into a narrative, character-driven tale that never loses steam.

If you're like me and have assumed that aging and death exist to push out the feeble to make room for the next generation, this book should be the first you read this summer. Weiner, who has spent hours drinking beer with the man who believes humans can live 1,000 years, doesn't take long to rewrite the way you think about what Shakespeare called "the second childishness and mere oblivion." (Can you imagine the day when most of us will live to be supercentenarians -- that is, 120 years old? -- Jonathan Weiner can, and does, in his book's opening pages.) 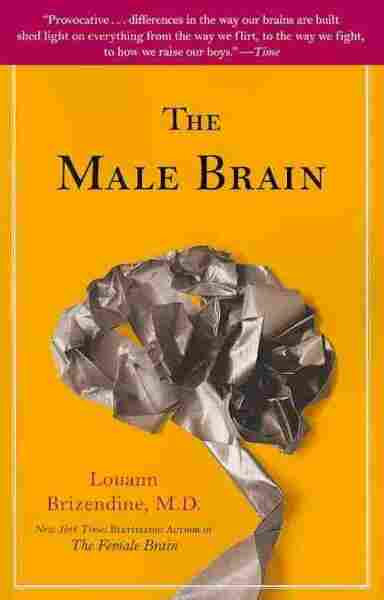 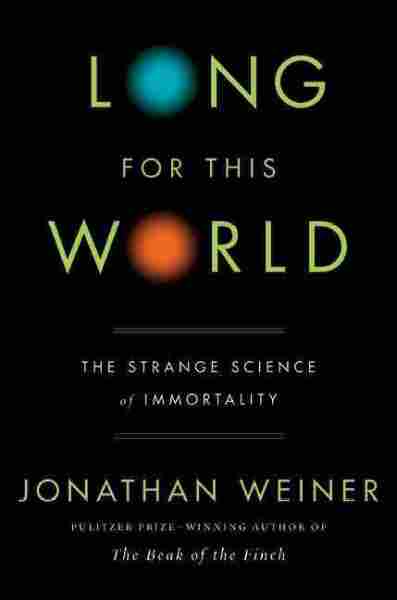 Long for This World

The Strange Science of Immortality 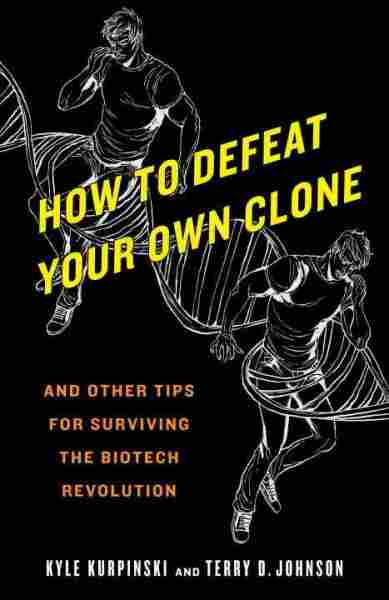 How to Defeat Your Own Clone

And Other Tips for Surviving the Biotech Revolution

Title
How to Defeat Your Own Clone
Subtitle
And Other Tips for Surviving the Biotech Revolution
Author
Kyle Kurpinski and Terry D. Johnson 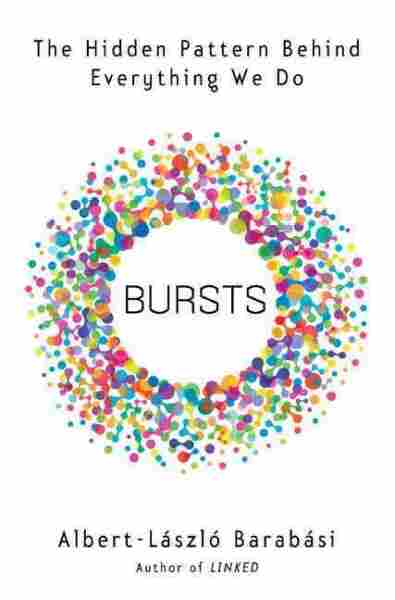 The Hidden Pattern Behind Everything We Do 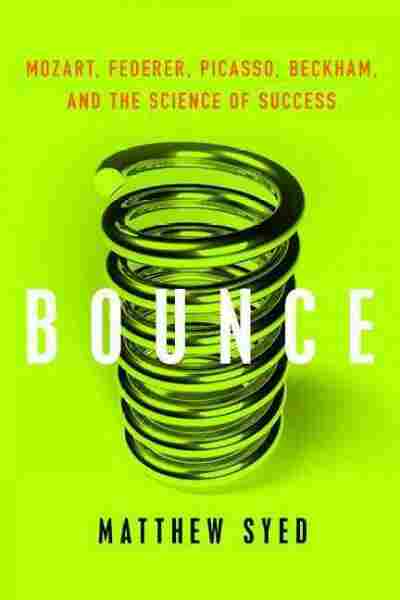 Mozart, Federer, Picasso, Beckham, and the Science of Success