Accessibility links
Palin's Finances Follow A Presidential Pattern Republican Sarah Palin's political action committee released its latest financial report over the weekend. It shows Palin has a powerful base of small donors, and she's busy doing what prospective presidential candidates usually do -- giving campaign cash to candidates who can help her later on. 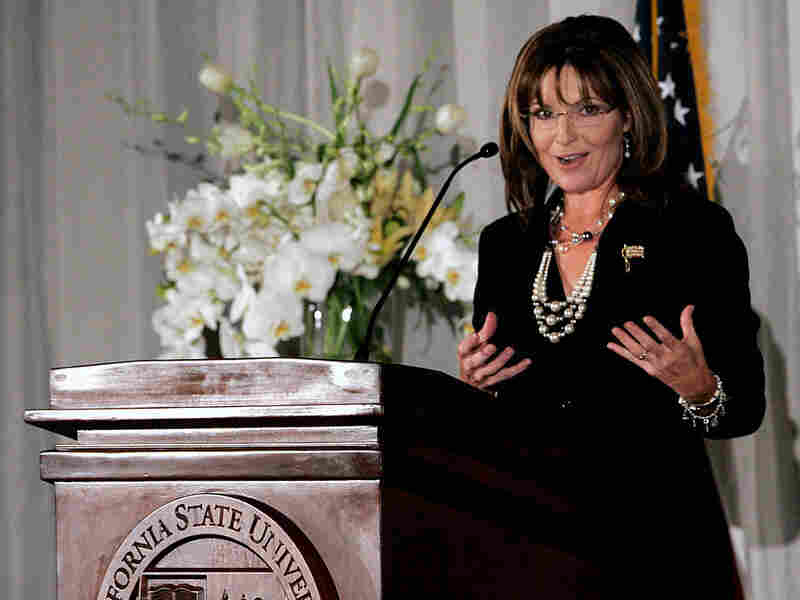 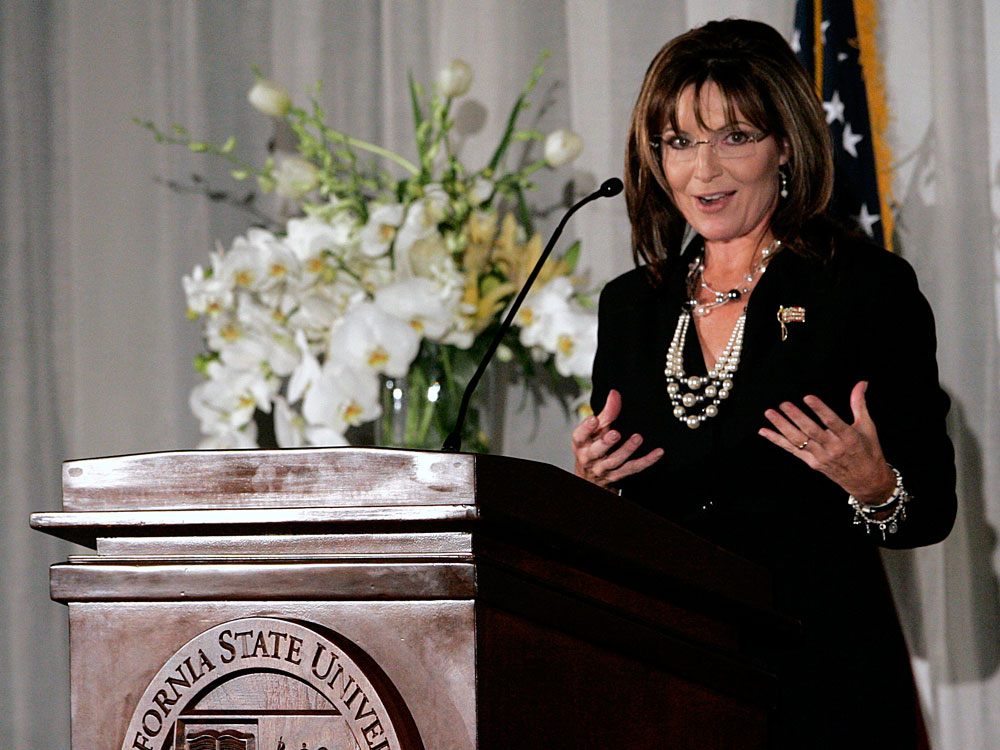 A year after resigning as governor of Alaska, Republican Sarah Palin has burnished her anti-establishment image. But she's also working through the same White House checklist that any hopeful would have.

"Look out Washington, 'cause there's a whole stampede of pink elephants crossin' the line," Palin says in the video. "And the ETA, stampeding through, is Nov. 2, 2010."

SarahPAC's latest financial report, filed over the weekend, shows Palin has a powerful base of small donors, and she's busy doing what prospective presidential candidates usually do -- giving campaign cash to candidates who can help her later on.

In April, May and June, SarahPAC raised $866,000. Most of the money paid for consultants, travel and organization. But SarahPAC also gave out $87,500 to Republican candidates.

In Iowa, a state where Republicans will start winnowing presidential candidates as early as next summer, she sent $5,000 to Sen. Chuck Grassley and another $5,000 to former Gov. Terry Branstad, who is running for his old job with Palin's endorsement.

SarahPAC even steered $2,500 to California Senate contender Carly Fiorina, who doesn't exactly need it. Fiorina is a millionaire and has put more than $3 million into the race so far.

Political scientist Anthony Corrado of Colby College in Maine says Palin's strategy seems to be about building a Sarah network within the GOP -- not about targeting presidential primary states.

"What we are seeing is the PAC making contributions that focus not just on giving to Republicans, but more ideological contributions, focusing on those candidates who tend to share many of her political views," he says.

So SarahPAC's activity doesn't necessarily mean that Sarah 2012 is right around the corner.

"I don't think that Palin is really looking at a 2012 bid," says Andrew Langer, a longtime conservative activist and president of the advocacy group Institute For Liberty. He says Palin has a longer timeline than some of the other possible contenders.

"I think she recognizes that if she wants to be president of the United States someday, it will take a considerable amount of effort to really work on building from a base of strength, and not just the 18 months that we're sort of looking at right now."

But there is someone who's definitely got a money campaign for 2012: Mitt Romney.

And by any metric -- fundraising, contributions to other Republicans, cash on hand -- his numbers are close to double Palin's.

Corrado says Romney has a two-tiered system, the same as his 2008 bid, with one PAC at the national level and other PACs in various states.

"That gives him an added advantage, which is that he can use the state PACs to receive contributions that are larger or are prohibited under federal law," Corrado says. "He can tap into two kinds of money."

That's a strategy that's off-limits to members of Congress. But it is something Palin can do too, if she feels she needs the money.